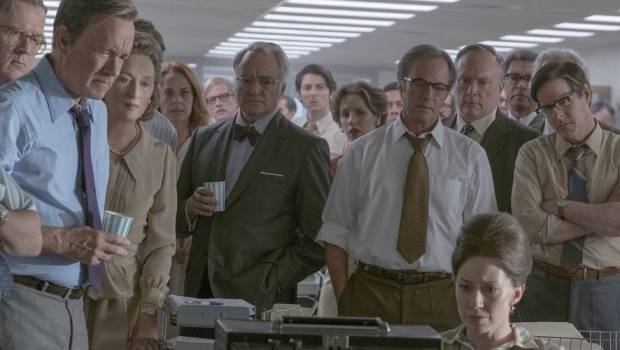 Given the talent involved, The Post should have been a triumph. It is timely, star studded in casting, and filled with an important message about freedom of the press. Despite these promises, The Post shares similar problems to the recent misfire All the Money in the World. Rather than focusing on its female subject, Katharine Graham (Meryl Streep), the film is spread over two threads, including the work of Washington Post editor Ben Bradlee (a miscast Tom Hanks) to publish the Pentagon Papers in the 1970s. The Pentagon Papers crucially outlined how the US government withheld information from the media about its activities in the Vietnam War. Steven Spielberg directs the film from a script by Liz Hannah and Spotlight (2016) scribe Josh Singer. This should have had any film fan salivating. Instead, the movie is surprisingly slow, talky and dull and its stake don’t feel as urgent as expected.

The most interesting part of the story is Katharine Graham’s rise from indecisive to a critical decision-maker. Her narrative and backstory are only expressed through belated exposition. Graham was married to Phil Graham and after he died she unexpectedly inherited the newspaper the Washington Post, marking her first job at the age of forty-five. This could have been The Post’s trajectory, leading to the same point where she makes a crucial decision about the publication’s responsibilities. We’d have a more personal, singular narrative instead of one splintered in its perspective—this was the same problem with All the Money in the World, which broke away from its female lead. It’s symptomatic of Hollywood’s resistance to place females at the top of prestige adult films.

Spielberg remains a critical darling, despite several fizzers (The Terminal, BFG, War Horse and Tintin). He is also rarely interested in female characters and his partnership with Tom Hanks is problematic. He uses him as a reliable crutch where sterner actors would suffice. Hanks is not the first actor that comes to mind when describing a gruff 1970s newspaper editor. An early defensive line lands some sting against Katharine, but he mostly feels miscast particularly when employing a gruff tonal voice that isn’t naturally fitting. Similarly, the clean casting weakens the film’s ambiguity because it places few doubts over the genuineness of the character’s intentions.

The dilemma is whether the Pentagon Papers, which would eventually lead into the Watergate scandal, will be published by Katherine’s newspaper. The paper could be shut down and Katharine Graham and Ben Bradlee could face imprisonment. Given the subject matter, the necessary of the freedom of the press, and having main characters played by two quintessential American actors, there’s little ambiguity. There’s some confusing material about the banks withdrawing from the paper if the content is published, which isn’t very engaging. Freedom of the press is highly agreeable, and the people likely to see The Post will already be aligned with this perspective. As such, the major choices are highly predictable. Spotlight didn’t rely on cheap tension to be compelling. It engaged us through the depth of the Catholic Church investigation, the impact it on the victims, and the reporters’ feelings. 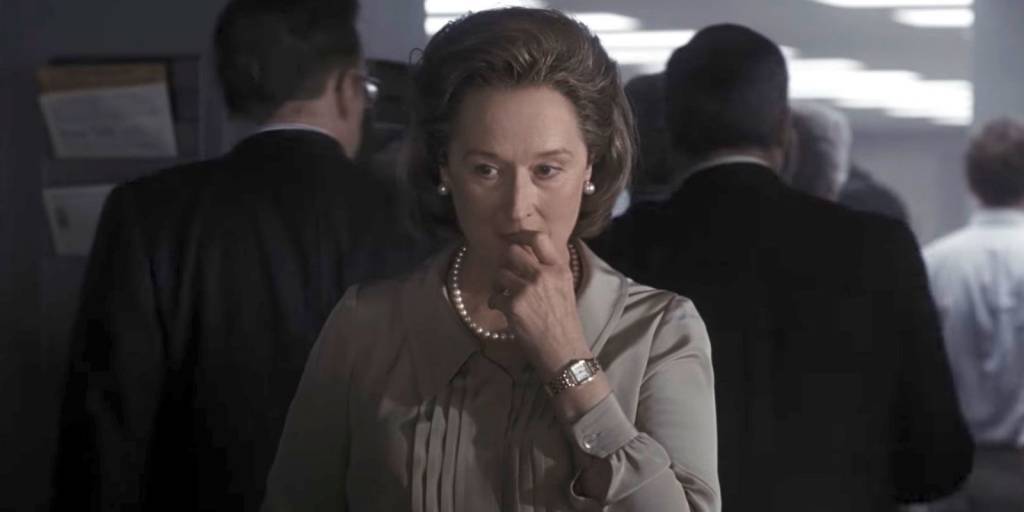 The Post feels morally hollow compared Spotlight and Lincoln (2012), one of Spielberg’s best films in recent years. Lincoln etched a powerful dilemma, where the title character was caught between his political ambitions and the likelihood of losing his son to war. Outside of Hanks and Streep, no one here is particularly memorable, except for perhaps Bob Odenkirk as a journalist chasing down a source. Bradley Whitford briefly features as a misogynist—an easily identifiable antagonist used to easily push the buttons of Katharine and the audience.

Some might argue that The Post also has more stylistic flair than Spotlight, but it is sometimes purposelessly showy. Spielberg’s cameras energetically crab sideways through the newsroom if only to show newsrooms as rapid-fire places. Dialogue scenes also prove surprisingly dry when he doesn’t use the setting to ignite the drama or the conflict of the characters. An early scene with Katharine and Ben sitting down at a table highlights the static blocking. Some of the close-ups of the old printing presses are admittedly interesting, and the change of settings for Katharine, from dinner parties to the old printing rooms, shows her transition through images not words. 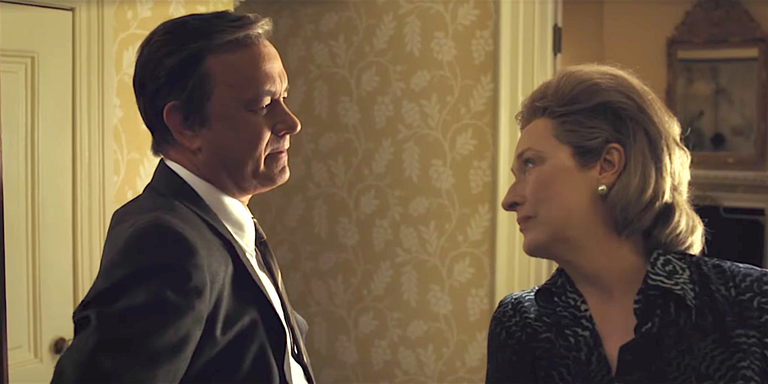 While The Post’s political viewpoint is entirely agreeable and necessary, particularly in this era of idiocy such as “Fake News” and other Trumpian rhetoric, it’s misleading to say this is a great film because what it says is true. It is a strong and important story, but as a film the execution is stagy, convoluted for the first hour, and it doesn’t pay enough attention to its leading woman’s narrative. There’s also a corny Spielbergian moment where Katharine proclaims that the press must push on, and as Ben looks at the camera with hands on hips he says: “yes we do!” If this doesn’t make you reach for the bucket, its flaws may tumble by the wayside.

Summary: It is a strong and important story, but as a film the execution is stagy, convoluted for the first hour, and it doesn’t pay enough attention to its leading woman’s narrative.