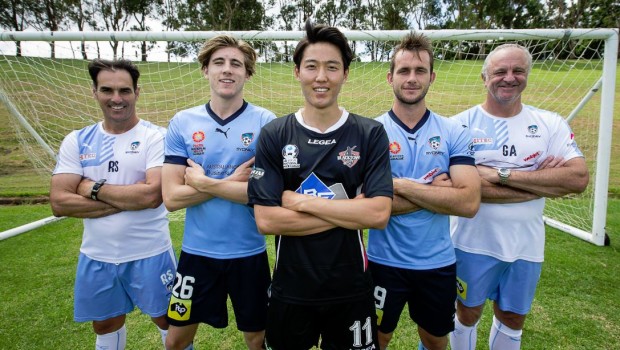 Sydney, Thursday 18th February 2016: Entering its fourth year since inception, the semi-professional PlayStation 4 NPL spans eight State and Territory competitions. It is already the main stepping stone for aspiring players to break into the Hyundai A-League, with 35 players from the various PlayStation 4 NPL competitions around the country signed up to professional contracts with Hyundai A-League clubs this season.

“The level of the PS4 NPL continues to improve each year and it is through this increasingly impressive standard that players are getting noticed and given an opportunity to realise their dream of becoming professional footballers,” said FFA CEO David Gallop.

“The PS4 Player Pathway Award is yet another significant step in connecting the second tier and the Hyundai A-League as it unearths the stars of the future and further identifies talent from across the NPL,” said Gallop.

Managing Director of Sony Computer Entertainment Australia, Michael Ephraim said, “The PS4 NPL is widely recognised as the engine room for the future of professional league football in Australia. By introducing the PS4 Player Pathway Award we are offering another opportunity for players who have missed selection through traditional routes to follow their dreams into the A-League.”

The two day camp will be held at Football New South Wales’ state-of-the-art training ground, Valentine Sports Park, where the selected players will vie for a spot to trial with Sydney FC’s Youth Team.

In addition to the PS4 Player Pathway Award, keen football pundit and FOX SPORTS presenter Adam Peacock will track the most promising players from each PS4 NPL competition in a special eight-part series called ‘PS4 Player Pathway Ones to Watch’.

“I am really looking forward to following the PS4 NPL talent as part of the Ones to Watch series because football is about more than just a sport – it’s about the players’ stories, the communities, the determination and the passion for our beautiful game,” said Peacock.

“There is no better place to capture this spirit than on the regional football pitches around Australia. The PS4 Player Pathway initiative is exactly what grassroots football deserves to ensure no talent slips under the radar.”

Ephraim added, “We are incredibly grateful to our partners at FFA, Football NSW, Sydney FC and the Member Federations for supporting our initiative and are looking forward to seeing some excellent talent emerge during the 2016 season.”

“The inclusion of all nine Hyundai A-League clubs into a NPL competition is another important aspect of continuing to bridge that gap between the professional and second tiers,” said Gallop.

“The success and uplift in standard of the PS4 NPL is testament to the hard work, dedication and commitment shown by the NPL clubs and Member Federations over the past four years.”

Ephraim also emphasised the growth of the NPL.

“Football passion starts at the grassroots and our partnership with the NPL testifies our commitment to elevate NPL football to firmly assist in establishing it as the pathway to the A-League.”

Football Federation Victoria is the first Member Federation to commence its PlayStation 4 NPL 2016 competition with its season opener tonight between Oakleigh Cannons and Port Melbourne Sharks.

The opening round of matches in the PlayStation 4 NPL competitions around the country will commence on the following dates:

These competitions will culminate in the PlayStation 4 National Premier Leagues 2016 Finals Series to determine the national champions and which club will receive automatic entry into the Westfield FFA Cup 2017 Round of 32. Details on a revamped national finals series for 2016 will be announced in the coming months. Football NSW club Blacktown City FC were crowned PlayStation 4 NPL Champions of Australia in 2015.