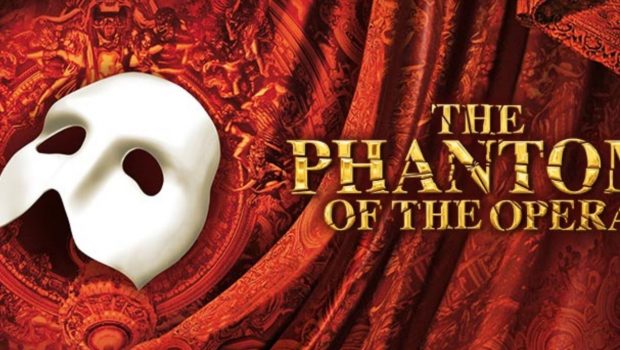 The Phantom of the Opera postponed to 2022

Opera Australia is disappointed to announce the forced postponement of their production of The Phantom of the Opera that was scheduled to open at the Sydney Opera House in September and Arts Centre Melbourne in November.

The company has taken the incredibly difficult step to postpone both seasons due to the uncertainty created by the ongoing restrictions imposed by both the New South Wales and Victorian Governments because of the indefinite COVID-19 lockdowns.

Opera Australia acknowledges the health and safety of the community – including its performers, crew and audiences – is of the utmost importance and respects the health advice and orders in place to reduce the spread of the COVID-19 virus.

Although a disappointing development for OA, Artistic Director Lyndon Terracini is confident new dates will be secured for 2022.

“This has been a really difficult decision for OA and our partners to make and has certainly not been made lightly when so many people will be affected.

“After making box office history at the Opera House, it was clear that Australians were very excited about this new production of the world’s most successful musical, and we’d brought together a fantastic cast of Australian performers, it’s heartbreaking to have to postpone.

“Rest assured we are working hard to secure dates for 2022 in both venues, that we’ll announce as soon as we can. We encourage all those who are able, to hold onto their tickets for next year,” said Terracini.

Of the postponement Cameron Mackintosh commented.

“The consequences of COVID-19 continue to disrupt people’s lives worldwide, with spikes, lockdowns and quarantine causing chaos in planning. Having got a wonderful Australian cast together for my new production of The Phantom of the Opera, due to open shortly with Opera Australia at the Sydney Opera House, followed by the Arts Centre Melbourne, it is a huge disappointment, especially for the company and mostly sold-out audiences, that we have been forced by government restrictions to postpone the upcoming seasons.

“We very much hope that we will be able to confirm in the not-too-distant future that the production will open next year, by which time the vaccination rollout should be long completed and disruptions to theatre going will be an unpleasant distant memory.”

The ongoing lockdown in Sydney has made it impossible for OA to continue its work in the wardrobe and scenery manufacturing workshops, which has compromised the delivery of costumes and sets, to the high standards expected of this production, to be ready in time for the scheduled opening in September.

It also means that rehearsals, scheduled to start this Monday 26 July, cannot go ahead, and with no possibility of delaying the opening, a full postponement was the only viable option for the Company.

Both State Governments have indicated that any return to indoor performances when the full lockdowns lift are likely to involve reverting to previous COVID-safe practices including reduced audience capacities, which for a show as large as Phantom would be financially unviable.

Opera Australia is encouraging ticket holders to keep their tickets for 2022. All affected ticket holders will be contacted when new dates are announced.