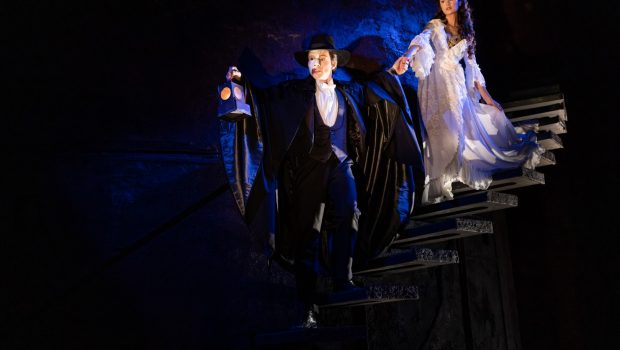 THE PHANTOM OF THE OPERA MELBOURNE SEASON EXTENDED

Cameron Mackintosh’s spectacular new production of Andrew Lloyd Webber’s The Phantom of the Opera is currently wowing audiences and critics alike at Arts Centre Melbourne. Due to incredible demand the Melbourne season will be extended until February 18th with tickets for the new performances on sale today.

After its record breaking season at the Sydney Opera House earlier in the year this production has soared in Melbourne with audiences flocking to experience one of the most successful and much loved musicals of all time.

The talented Australian cast is led by Josh Piterman in the coveted lead role of the Phantom while Amy Manford takes on the role of the ingénue Christine Daaé and Blake Bowden plays Raoul Vicomte de Chagny.

Cameron Mackintosh’s spectacular new production of Andrew Lloyd Webber’s The Phantom Of The Opera is directed by Seth Sklar-Heyn and is presented by Opera Australia in association with The Really Useful Group.

‘Big, bold and stunningly beautiful…A production that leaves you wanting more, much more.’

‘Classics are classic for a reason…cannot fail to impress.’

“It’s marvellous…this slick and spectacular revival has everything it needs to let the music of the night carry you along.”

‘The show that transformed our expectations of what music theatre can do remains as visually ravishing as ever…a triumph of traditional stagecraft.’

“This Phantom is for a new generation.”

For more information on the production please visit phantomoftheopera.com.au