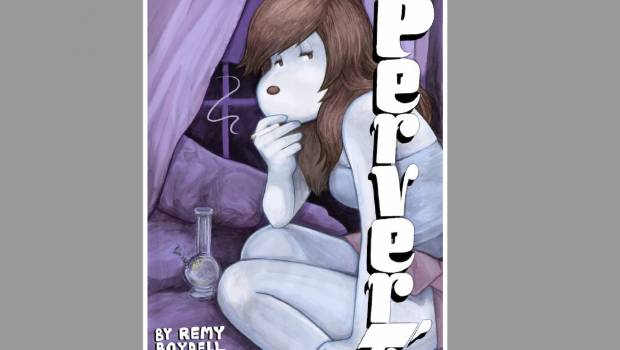 Summary: A very raw, gritty account of the reality for some trans people. When there's no reality show or talk show to trivialize and profit from their experience... life can be far more dark for some people.

With a title like The Pervert there’s pretty decent warning that this is not a comic for everyone and that warning is absolutely true. The story is graphic and gritty and doesn’t hold back from depicting the day to day life of a trans girl. At this point I will say I’m not sure what the correct term to use is, I’m simply going on what the publishers have used but if it’s not the right term I do apologise. The media today has taken a shine to people who present outside the binary of the gender spectrum and it can be easy getting caught up in the glitz and glam of the latest popular gender queer “celebrity”… it’s great that they can have that success, but for far too many the reality is far less glamorous and sometimes it can be quite bleak. The Pervert takes us into the world of someone who leads a somewhat mundane life that happens to include things that are taboo and socially tricky to talk about, it’s very much a fly on the wall type experience. 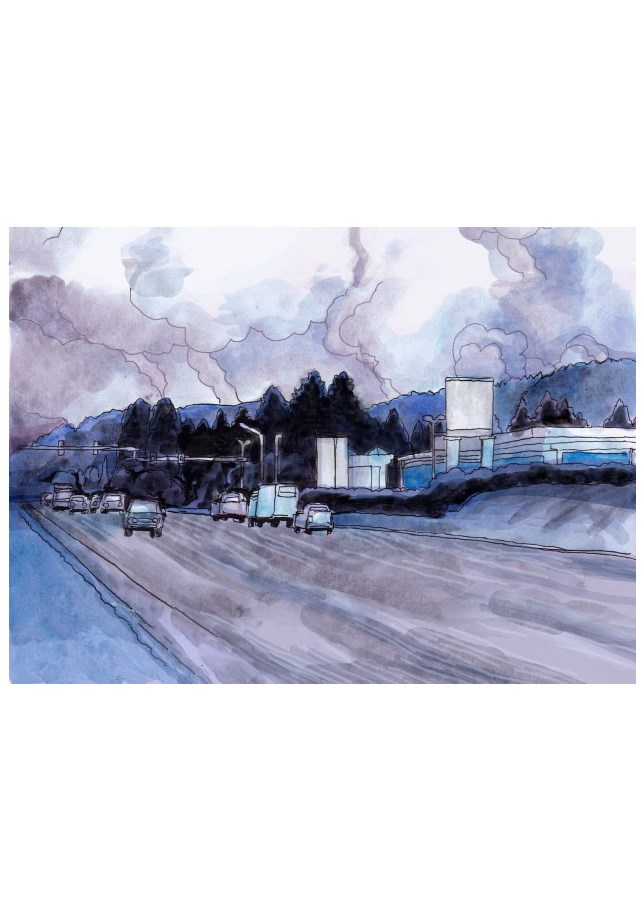 The writing style is very much diary entry/internal monologue. I could imagine a HBO series with the very stylised images as the voice over eases in. There’s a sense of intimacy present throughout… as if protagonist had been asked multiple times what it was like being a trans girl and finally they said “you want to know… you really want to know?!”. The story comes out with unflinching honesty, there’s no keeping a cover over the harsh elements… I mean it opens by making a point about the sorts of people who seek the services of a trans sex worker via stating what she did to one particular individual. But it’s this rawness, the lack of interest in making things “more palatable” to a greater audience, that gives the comic it’s strength. We get to learn more directly what a trans person goes through when they don’t have the financial backing of the entertainment industry. 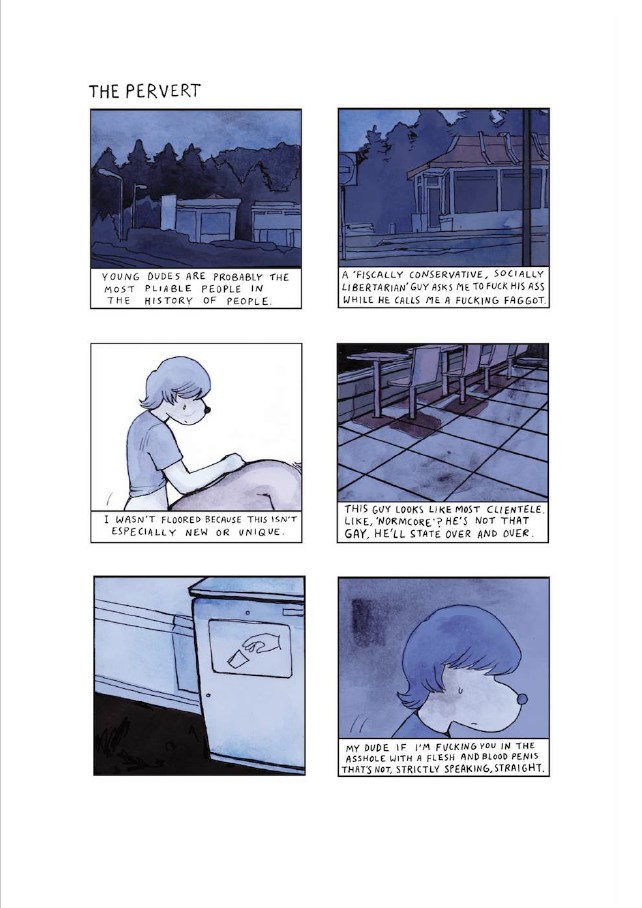 The choice to use anthropomorphic animals instead of humans in the story probably helps take a little bit of the edge off the harsh topics covered. It’s one thing to see graphic depictions of sex between humans in full colour high definition, it’s somewhat different to see that same act being performed by a “humanoid dog” type creature. Between the scenes of “human” interaction are some very moody watercolour images that set the place and tone of the story. The palette is predominantly pale in nature which tends to keep a sense of sadness lingering throughout with the occasional bright panel during “lighter” times. The cartoonish nature of the characters helps to overcome the palette and the nature of the story and prevents it getting too depressive. 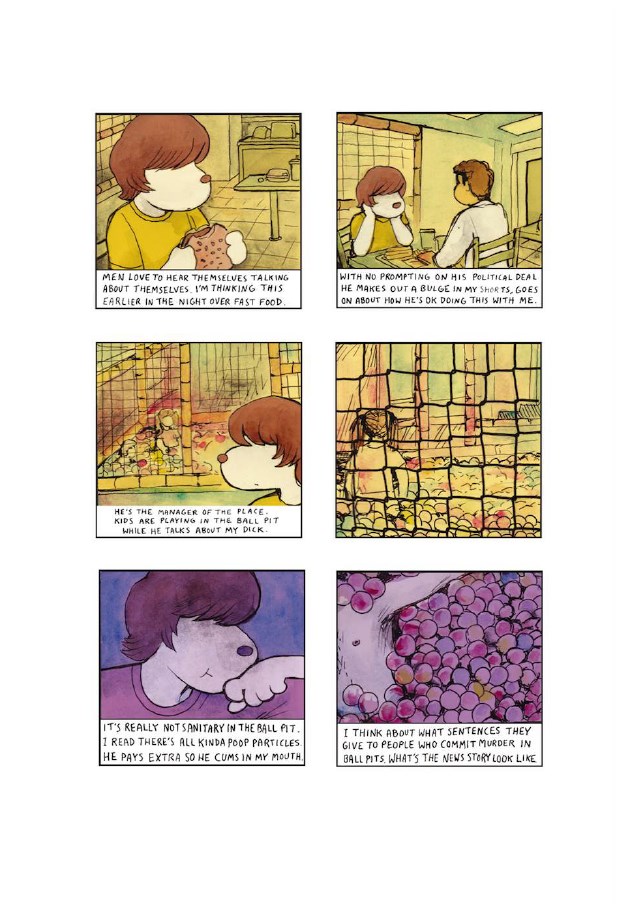 I’m not quite sure how to end this review… clearly the comic is not for everyone. There are bound to be people who find it offensive and far too graphic. There will be those who might pick it up out of curiousity. Others might read it for a greater insight and some may even find a resonance with their own life. This is one person in the billions of others on our planet but it is a life shared and for those who like biographical style comics you may well enjoy this… as long as you aren’t uncomfortable with topics of a sexual nature. 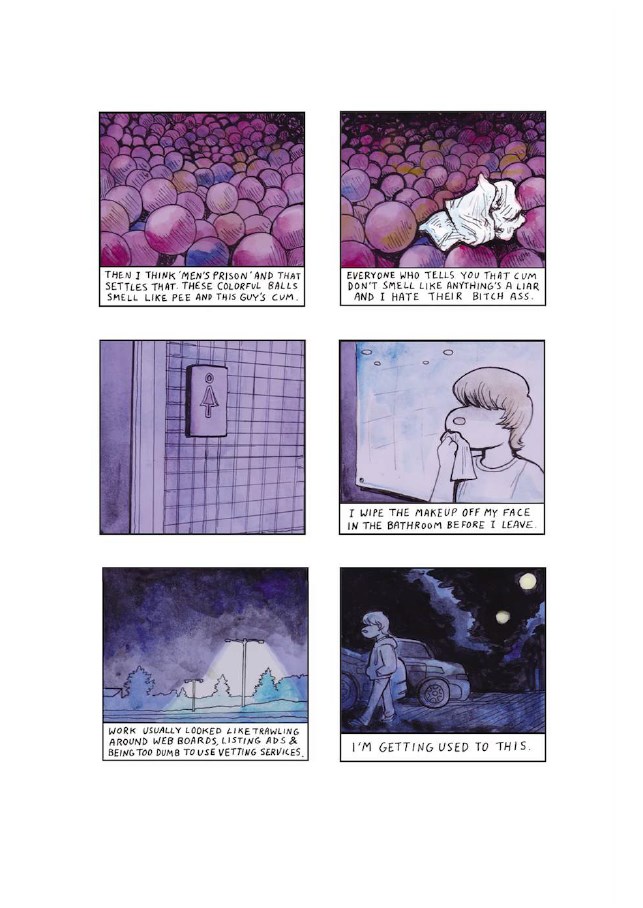