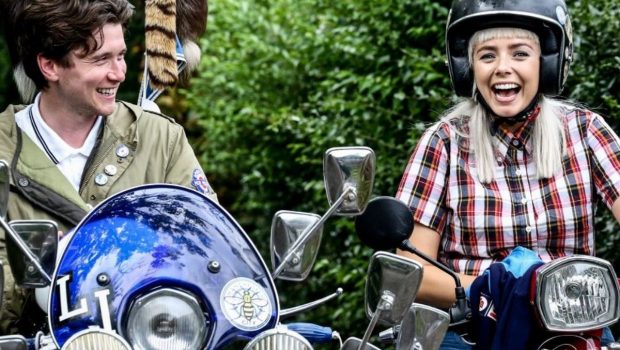 The Pebble and the Boy (2021) Review Tim Chuma
Score

Summary: Well worth a look even if you are not big into the Mod scene. Is not trying to be anything it isn't or a sequel to Quadrophenia as others have claimed.

When John’s (Patrick McNamee) dies suddenly and he inherits his house and scooter he decides to take off at the spur of the moment and take his ashes back to his spiritual home of Brighton where the Mods used to hang out back in the day. He is not into the Mod scene and had never even ridden the scooter before.

While his mum and step dad try to stop him at the start, they eventually relent and ring ahead to his dad’s friends and help out. Stopping at one such friend he meets Nicki (Sacha Parkinson) who is a tearaway and encourages him to sneak off as his mum is meant to be picking him up in the morning.

She finds two tickets for the Paul Weller concert in his dad’s jacket and wants for them both to go. Along the way they do run into some Rockers who end up being very friendly after some initial fear that they would want to fight them and John finds out more about his dad that he never knew.

I had not heard about this movie before but it had gotten a lot of support from the Mod community in the UK as there are 200 extras in the funeral scene on their scooters and a lot of them in other scenes especially around Brighton. Paul Weller was also on board letting four of his songs be used on the soundtrack as was the record label otherwise the licencing rights would have cost more than the film itself. The bassist Mani of the Stone Roses is in the movie in a small role as is Patsy Kensit Liam Gallagher’s ex.

As with any road movie the story is quite straight forward but does not really turn out the way you would expect as life often does not. It is also more about the children of parents who are really into a scene and having children who show no interest in at all. There is one character who shows how upset it can make some parents to not be able to share things they are passionate with their children.

There is also a thread through the movie about everyone seeming to know more about John’s dad than he did himself but also not really telling him what really happened back in the day.

Some reviews have criticised Nicki in the role saying she seems like a male fantasy character, but she does have her own reasons for being there and does try and find out what happened to John when he runs off.

I thought the music worked quite well in the movie and I have seen some of the mod community in Australia at events and there was one person who to rode their scooter from Sydney down to Melbourne which is about double the distance John and Nicki ride in this movie so it can be done, maybe not by someone as inexperienced.

I would recommend this film to people who have a passing interest in the mod scene and music and want an enjoyable lighter movie to take their mind off a lot of the grittier movies being released lately and the past couple of years which have been a bit rough. 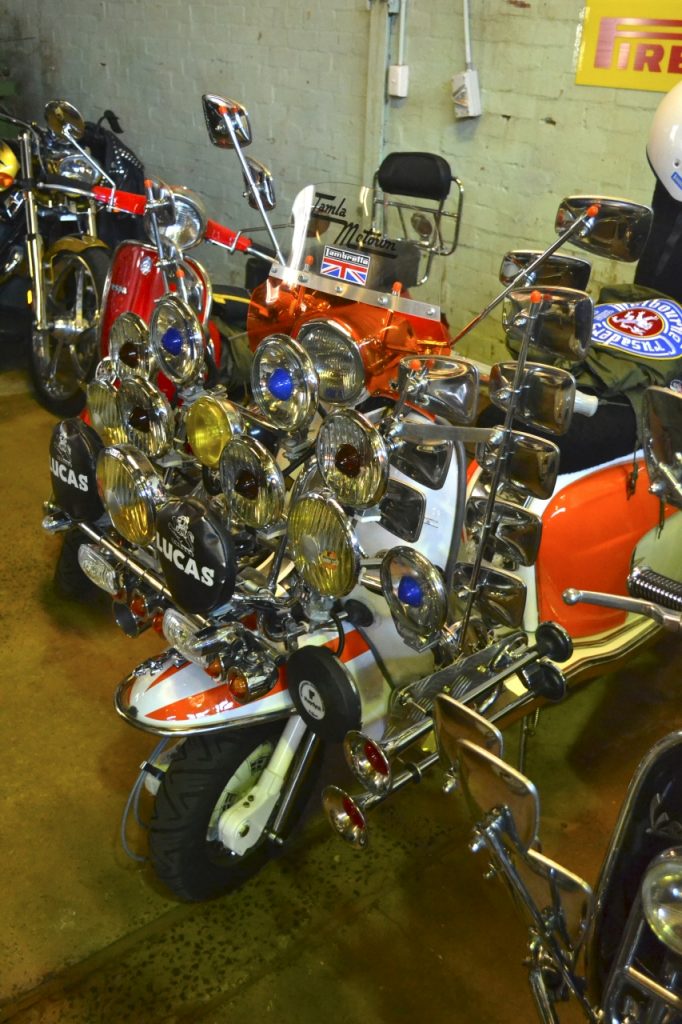 Scooter from the Mods vs. Rockers event in Melbourne 2012, photo by author