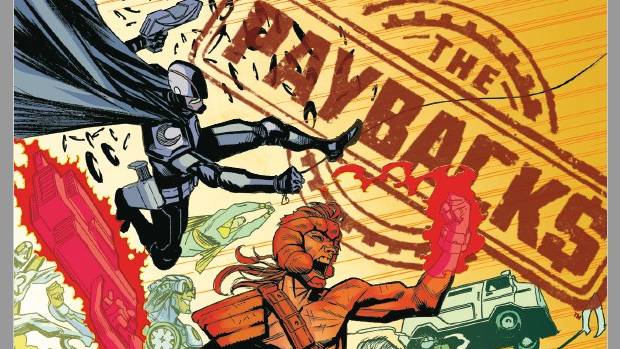 Summary: Not every hero inherits billions of dollars, for those who don't they can always borrow money to get the latest gadgets... but they better repay that loan or they will find themselves hunted by The Paybacks.

There are some big names in the superhero business, heroes with super powers and or amazing gadgets. It can be very intimidating trying to make a name for yourself, especially without anything to make you stand out. If you can’t afford to buy the latest genetic enhancement or the latest gadget or renovation of your cave hideout… you can always get a loan. But don’t even think of not paying that loan back… or you will be running from The Paybacks. 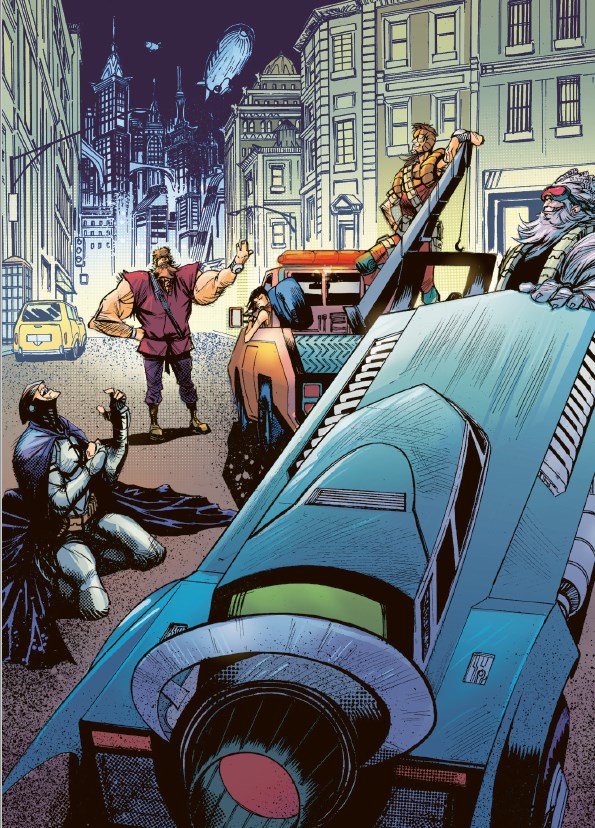 I can only imagine how much fun it must be when you decide to write a story that pokes a bit of fun at the super hero genre. You have so many characters to draw on for reference and for some it’s not hard to lampoon them already. The Paybacks is definitely written with fun front and center. The basic premise is that when superheros need to improve their crime fighting abilities but can’t afford to, they take out a loan. When they don’t pay that loan back, a group known as The Paybacks (comprised of former loan defaulting heroes) will chase them down. This is all well and good until events start to suggest that things aren’t quite so simple and maybe there is more to this simple arrangement than it seems. 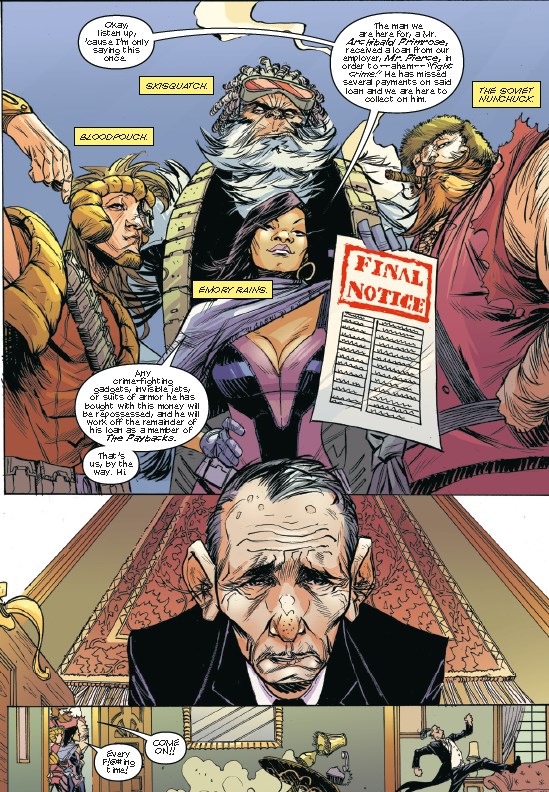 As much as it must be fun to write a tongue in cheek superhero story… it must be equally or even more fun to illustrate it. The Paybacks is full of easter eggs… items from not just superhero comics but pop culture in general are scattered throughout. The Tardis, Professor X’s chair… the more you look the more you are likely to find… it’s a great extra element to enjoy. On a more technical side of things, there’s a very clever change from the main art style throughout the comic to a pronounced Ben-Day dots style during a flashback. It works brilliantly because it clearly takes you out of the standard story and instantly gives a sense of historic placement that works perfectly for what it needs to do. 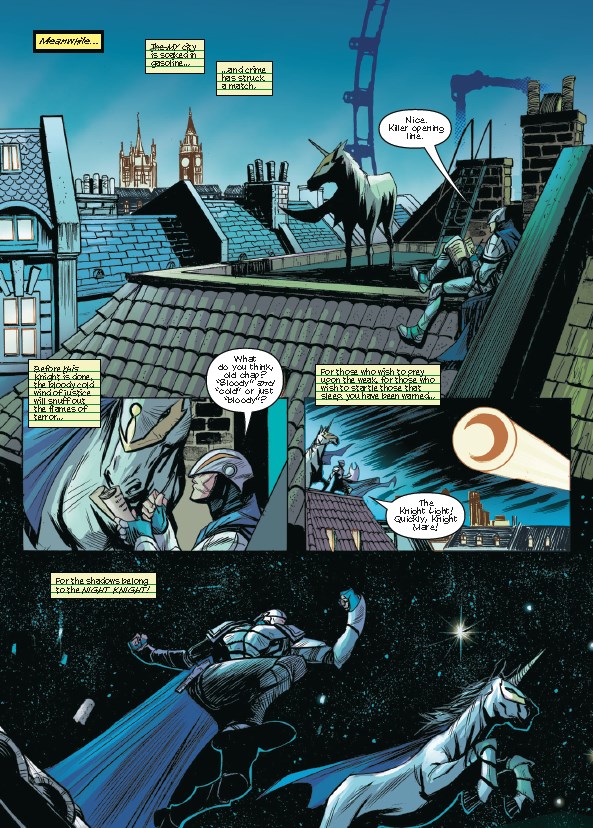 I had a lot of fun with this book… there are plenty of references to mainstream comics and variations of popular heroes. There are visual easter eggs to catch throughout to add an extra incentive to go back and look over the pages again. The main story is very entertaining too, I suspect the concept has occurred to many before and may even have been worked into stories… but this kind of hero Ponzi scheme where former defaulting heroes are used to track down the next defaulting hero works well to fill the ranks with interesting characters and gives a great excuse to have some subplots bubbling away. Definitely a good read and worth grabbing. 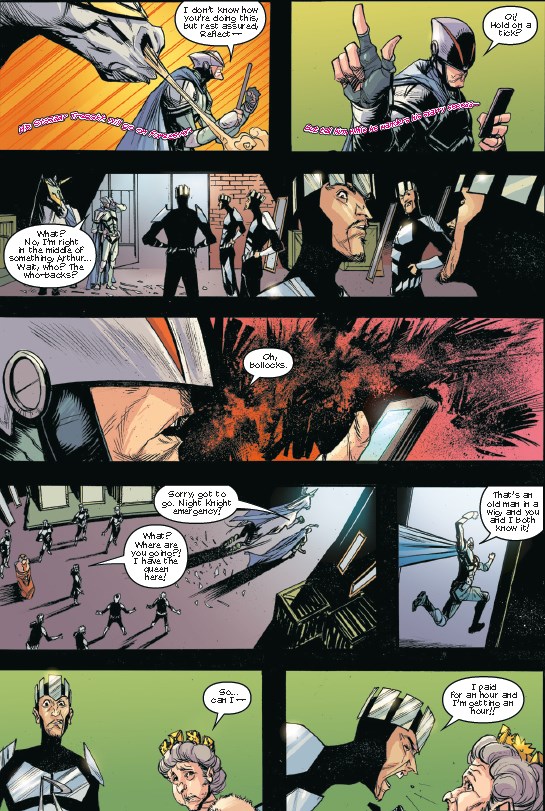