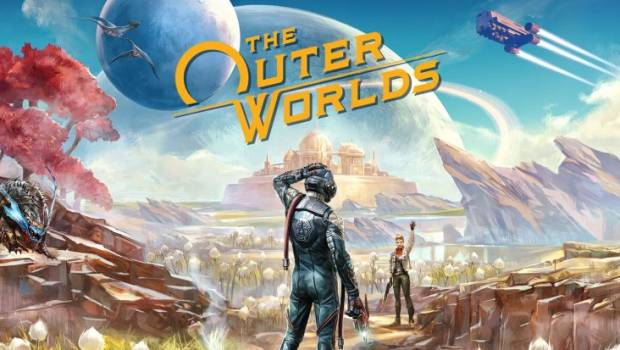 Summary: If this is the only way you can play The Outer Worlds it may be worth the price of admission. Otherwise this ambitious port is sure to disappoint.

Obsidian are often heralded as the leader of story-based RPGs, and with a credits list that includes Fallout: New Vegas, South Park: The Stick of Truth, and Pillars of Eternity among many others, it is easy to understand the hype around the studio. When The Outer Worlds launched late 2019, it captured the fan base of “those type of games”, delivering a snarky look at company controlled space exploration that was in one part rooted in our history, and the other part a dystopic future as to where we are heading. Not only did it deliver a fantastic story, it had the systems and mechanics to back that up and create a fantastic RPG that supported wildly different play styles.

For those who skipped over the 2019 adventure, here’s a quick recap. Your colony ship that was bound for Halcyon never made the trip, and has been drifting for decades as you unknowingly survived in cryosleep, none the  wiser. A rogue scientist who doesn’t agree with the way that the mega corps are running things on the new colonies discovers the hope, and awakens the Stranger (aka, you) with the hope that you hold the keys to a brighter future. From there you are set off to explore the mishaps and totalitarian grip that the mega corps hold on the new world, left to help or hinder them as you trek across the galaxy. It’s not exactly groundbreaking, and I can’t help but shake my head at the parallels it draws to the opening of Fallout 3 and Fallout 4, but it kicks things off for a much grander and fun adventure than either of those games offer in my humble opinion.

The prospect of having this fantastic game at any time, in the palm of my hands, that felt really ambitious to me. How were Obsidian planning to squish this massive, expansive adventure among the stars into the sleek and less powerful handheld console?

The answer was simple – poorly. 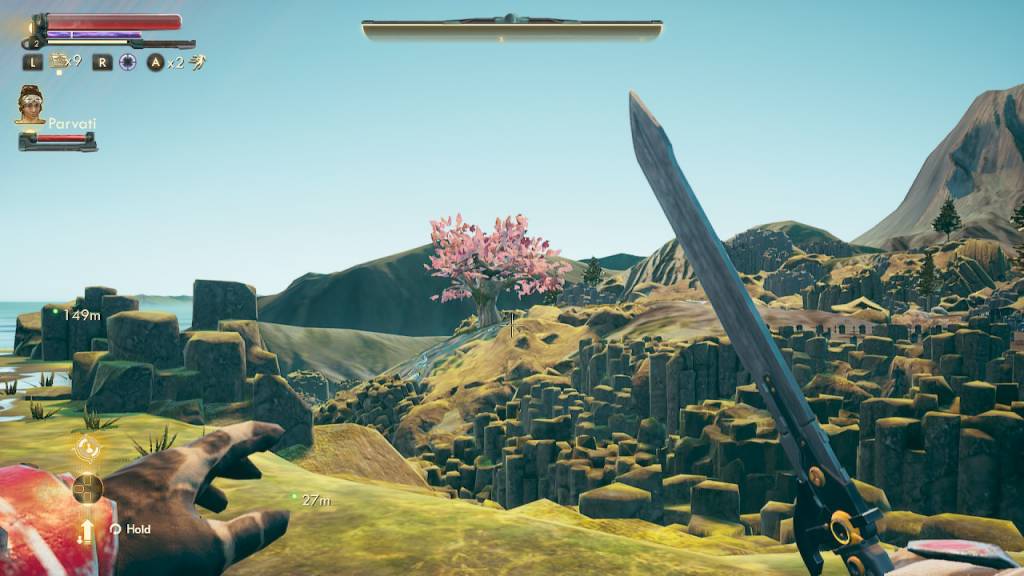 From the very opening it is painfully apparent that the Nintendo Switch version of The Outer Worlds is starkly inferior to the other versions out there for your enjoyment. The Outer Worlds has a very distinct and colorful art style, filled with detail and character that really sets it apart in a sea of sci-fi adventures that are largely grey and brown. The Switch version of the game rips out all those textures, muddies all those colors, and creates something that looks to be on par with a PlayStation 2 port rather than even a last gen release. The character models are definitely stilted and lack depth, but I decided I was willing to let that go, because hey – they have this great tale ready for me to explore, all packed into this handheld package which means I have to make some sacrifices, right?

After those opening hours however, I reached a point where I was no longer willing to deal with those concessions. At the beginning of the game you are largely talking to people one-on-one, and the combat encounters are usually with only one or two foes. During these sections it was fine, I was sticking at a comfortable 30 frames and hitting my shots. However once I left the opening town to embark on my first major quest, that’s where the problems began. As soon as there are multiple enemies around the game crawled, to the point where what should be fast and fluid combat felt completely incomprehensible. This was in the opening of the game, and things only got worse the further I made it into my adventure. 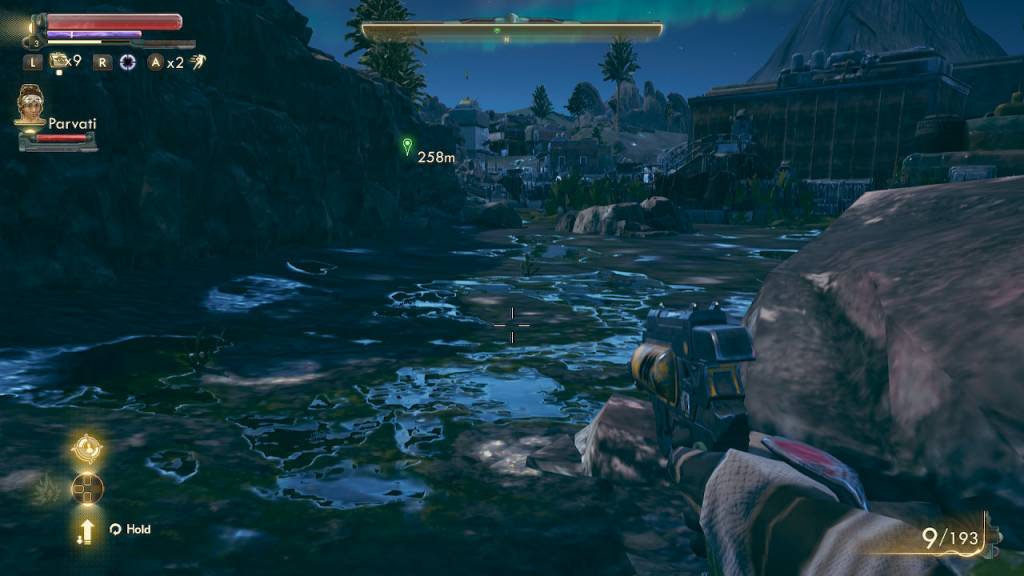 I don’t want to bash a game for failings, no one benefits from that. However I have to say that while technically yes, you can make The Outer Worlds run on a Nintendo Switch, the real question here is should you? The concessions made to the visuals, the massive frame dips whenever thrust into an encounter more than a few enemies, two things the erode at the core of what made this game a serious Game of the Year contender on other platforms, are those worth risking for the sake of portability and adding another platform?

I’d argue no. If anything the fact that this release was so poor, that has me questioning how much I’d actually trust Obsidian in the future.

If you are a die hard fan of these particular types of RPG, and you simply have no other option, then The Outer Worlds on Switch MAY be worth enduring. It’s that same snarky, quirky, exciting space adventure that won the hearts of players across the globe, and behind the issues that completely broke the game for me there is that fantastic story to be experienced.

However, if you have any other possible way to play this game, I’d choose that route over the Switch.