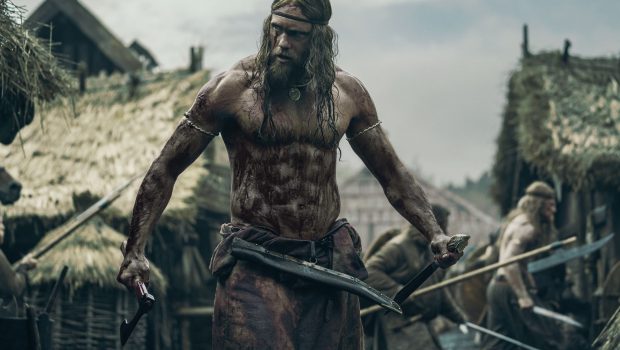 Set in the year 895 AD, The Northman stars Alexander Skarsgaard (Big Little Lies) as Amleth, a Viking prince on a cruel path of vengeance. As a child, he witnessed his father, King Aurvandill War-Raven (Ethan Hawke), slain by his ruthless uncle, Fjolnir (Claes Bang). Having seized his brother’s kingdom and taking Aurvandill’s wife, Queen Gudrun (Nicole Kidman) captive, Fjolnir has satiated his greed while young Amleth escapes into exile.

Years later, Amleth has gained traction as a formidable warrior and has methodically devised a plan to work alongside Slavic sorceress Olga (Anya Taylor-Joy) by going undercover as a slave. To enact his revenge, Amleth will avenge his father, kill his uncle, and escape with Olga. However, the flames lighting the path he travels upon may not always lead him to the direction he seeks.

The Northman is the latest film from visionary filmmaker Robert Eggers. Known for making amazingly immersive films, including  The Witch (2015) and The Lighthouse (2019), Eggers has chosen to take the studio route with The Northman. He is working with a higher budget, a grander scale of settings and storytelling, and a huge ensemble cast to boot. Does the massive gain in resources come at the expense of the creative control he possessed in his prior films?

Like all of Eggers’ films, The Northman comes with a simple, sparse narrative. For The Witch, it was about a young woman experiencing self-empowerment through a grave family disrepair. The Lighthouse was a buddy comedy about two men in a battle of wits(?) descending into madness. As for The Northman, it is a bloody tale of revenge and how violence begets more violence. 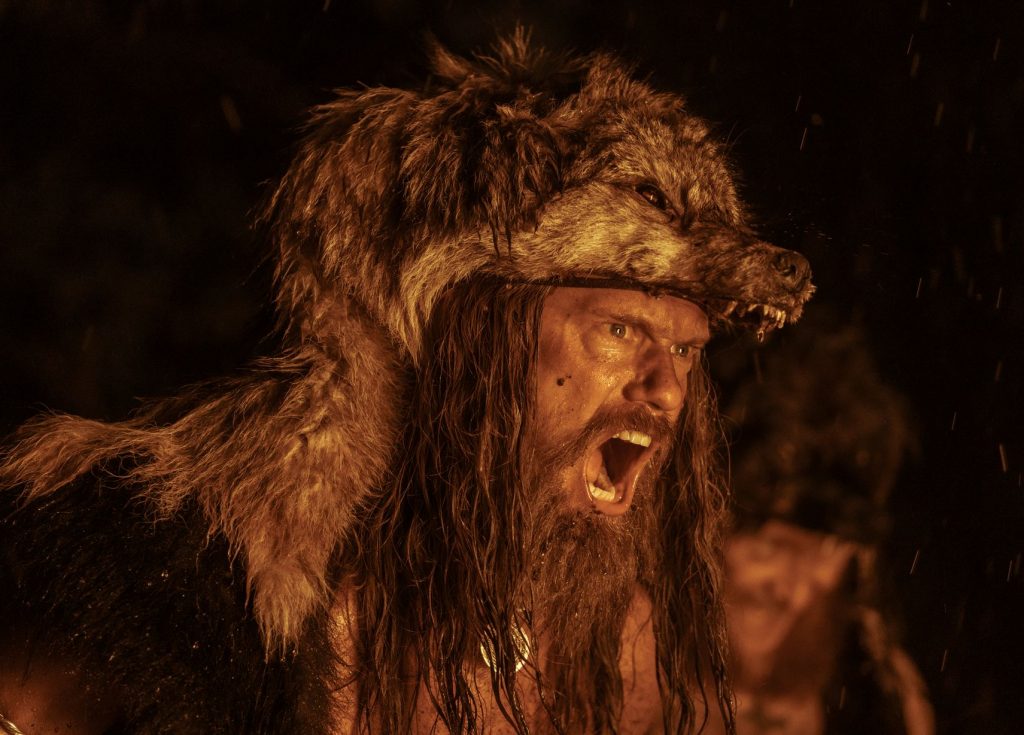 Eggers manages to capture a visually illuminating and aesthetically immersive world that propels the story into something vivid and exciting. With the Old Norse language, gritty costume design from Linda Muir and production design by Craig Lathrop, it helps Eggers’ strict adherence toward Viking historical accuracy rids the film of Hollywood bombast and takes it toward authenticity and illusory.

Without the need for studio backlots or computer-generated imagery, the film is incredibly tactile. You can almost feel the tumultuous weather in the settings. From the strong winds, seething heat,  smoky haze, and stillness of the snow and foreboding darkness, Eggers and fellow cinematographer Jarin Blaschke bring the world’s harshness to life. 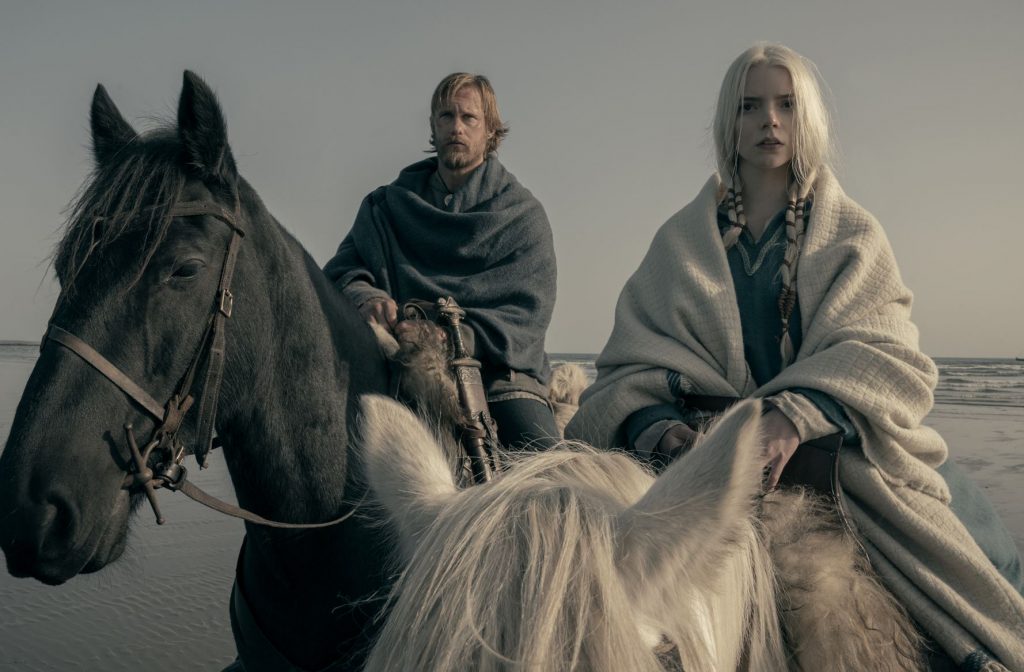 The world imbues integrity into the characterisations and the danger of the narrative with blunt-force impact. In effect, it makes the ultraviolent trials and the psychologically/sexually disturbing predicaments powerfully felt and disturbing in its extravagance.

The actors assembled are all in-line with Eggers’ vision and bring their A-game. The small roles inhabited by Ethan Hawke, Willem Dafoe, Bjork, Katie Dickie, Gustav Lindh, and Ralph Ineson add colour to the proceedings while more substantial roles by Kidman, Taylor-Joy (with remarkably alluring presence), and Bang (intimidatingly stoic) are brought to life with operatic vigour. Kidman in particular, delves deep into the role of Gudrun that she makes the unhinged moments of her character (with references towards certain appetites and confinements) feel remarkably human. 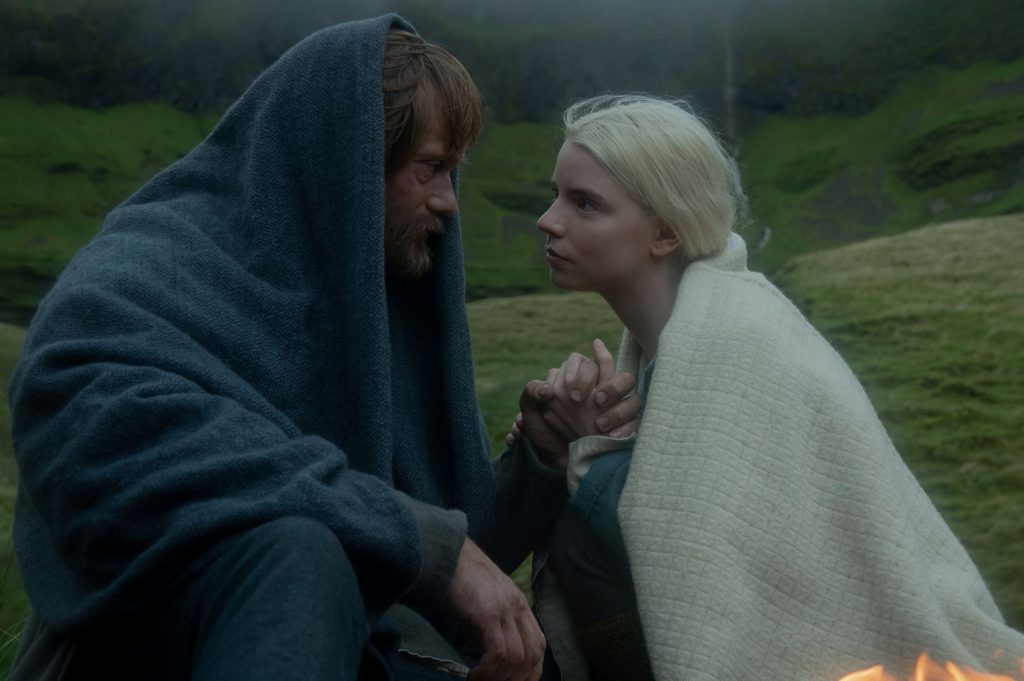 As the titular Northman, Skarsgaard is the star of the show. With an overpowering presence, astounding physicality, and laser-focused conviction, he makes Amleth sympathetic, disarming, and imposing all at once. His commitment to the stuntwork brings credibility to the character and his bouts of feral aggression are genuinely frightening. It is Skarsgaard’s best work to date.

As for flaws, the storytelling’s pacing is wobbly, particularly in the third act. The first two acts are pensive and broiling as the tensions in the story escalate. When the third act arrives, the film resolves in a swift fashion that it does not give the audience time to mull over the ramifications and conclusions. Studio interference might have hindered the pacing. If Eggers was allowed to make the conclusion linger, the film would have had a more powerful punch. 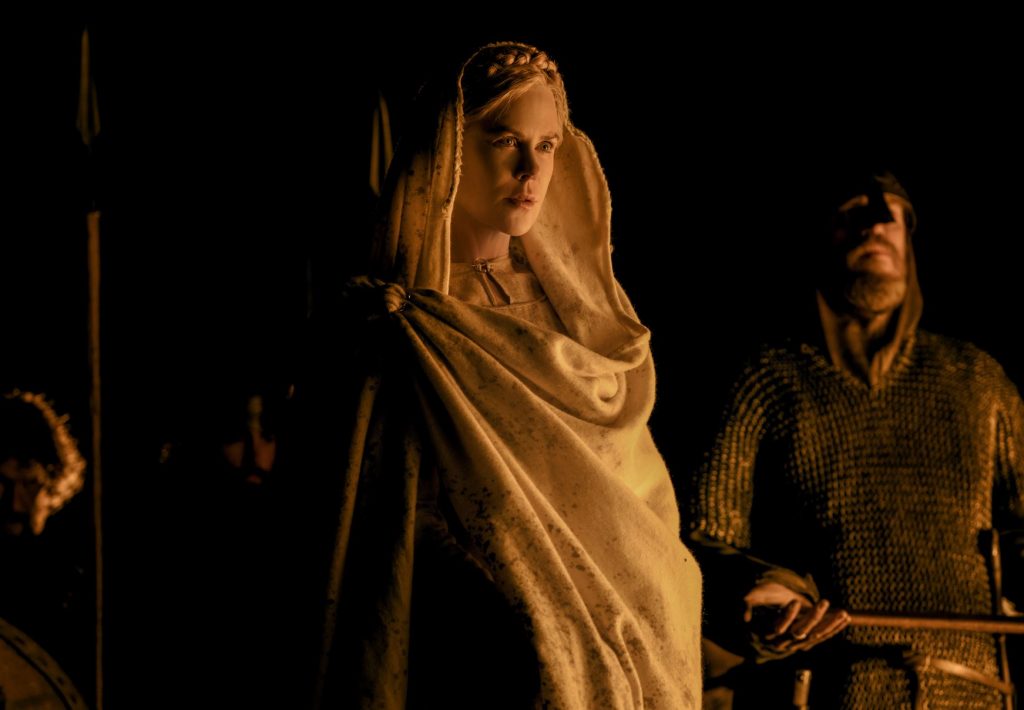 Nonetheless, The Northman is a visually stunning and brutally compelling Viking epic. It showcases  Eggers at the top of his directorial game as he fashions an old-fashioned narrative with immersive storytelling, wonderfully operatic performances, and a deep focus on historical and mythological accuracy. Highly recommended.

Summary: A visually stunning and brutally compelling Viking epic that showcases Robert Eggers at the top of his directorial game.