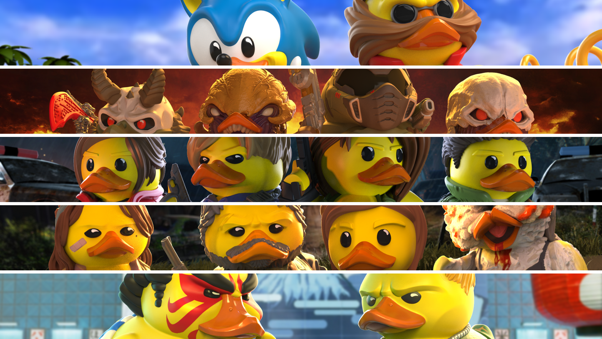 We’re incredibly proud to introduce the second wave of TUBBZ – the official range of collectable cosplaying ducks! Featuring Sonic the Hedgehog, DOOM, Resident Evil, The Last of Us, and Street Fighter, wave 2 is sure to be a treat for gamers and pop culture fans alike.

Featuring cute, recognisable designs, these high-quality figurines feature individual poses to suit their characters and each come packaged in a stackable box with a unique bathtub-shaped display stand!

Fans around the world have loved collecting Batman, Crash Bandicoot, Spyro the Dragon, Street Fighter, Ghostbusters, and more; with 5 sets announced today as the first of many for 2020, there’s even more for anyone and everyone to collect.

The Lord of the Rings: Frodo, Gandalf the Gray, Sauron, Legolas