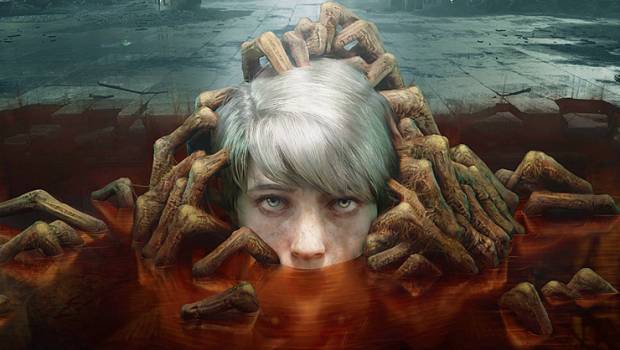 Summary: Expect the unexpected in this beautifully told narrative

While “The Medium” may not be the blockbuster we have been waiting for on the Xbox Series X, it is still an interesting and entertaining game on this next-gen console that if you haven’t already guessed by now, involves spirits. While the action takes a back seat, the game is a well-crafted mystery that revolves around a woman called Marianna who has the uncanny ability to communicate with the spirits of the deceased, including crossing over into the land of the dead. More importantly the story, characters and gameplay make for a truly engaging experience on the Xbox Series X but given the narrative, it’s a one-play game only…not that there’s anything wrong with this! 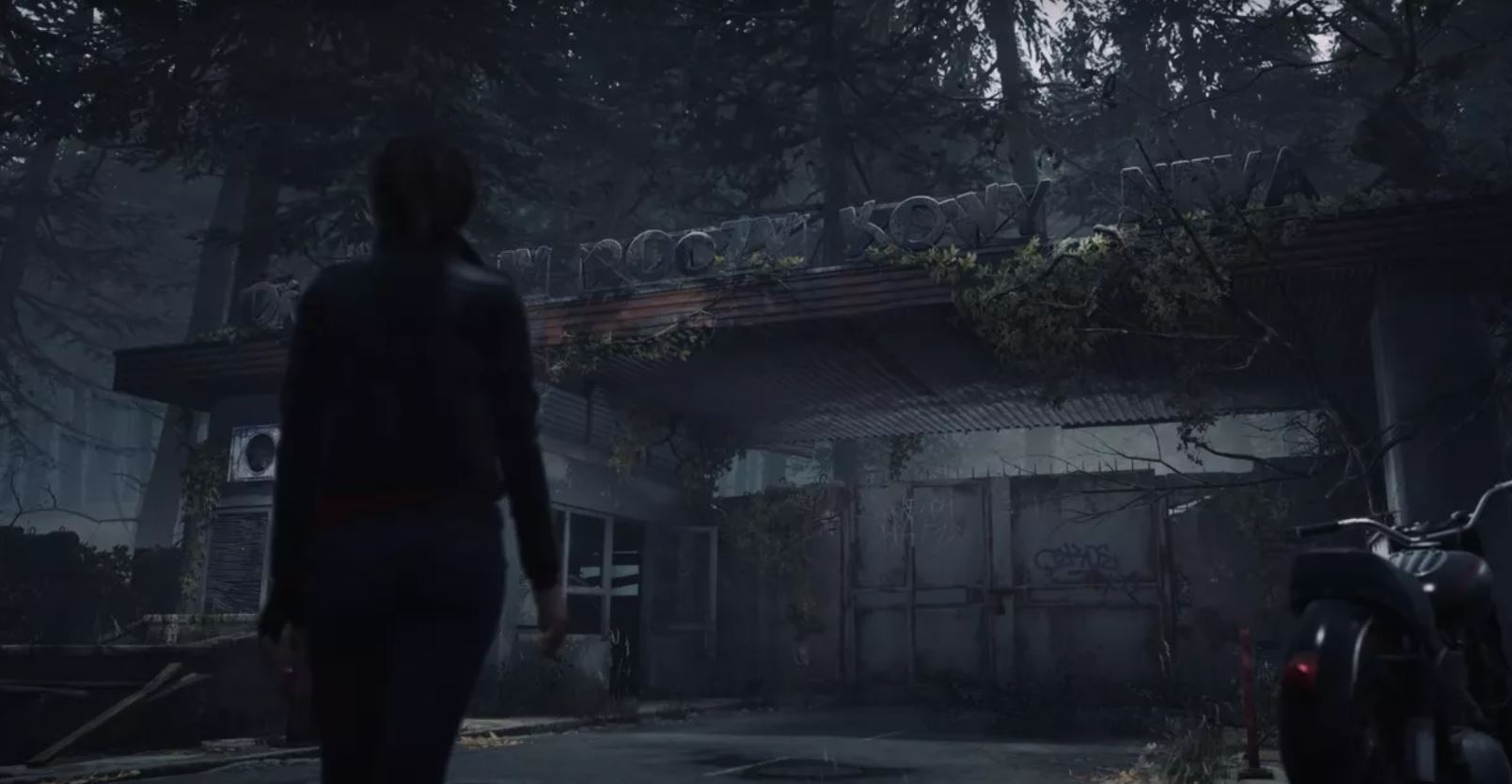 As we’re introduced to Marianna, we soon learn that our medium has been plagued by a recurring dream since childhood. In the dream, Marianna observes a girl being chased through a forest by a man and unfortunately she ends up murdered. While the premise behind The Medium may seem macabre, it is actually an interesting premise, particularly how she interacts with the world of the dead, including the spirits who have not quite passed. 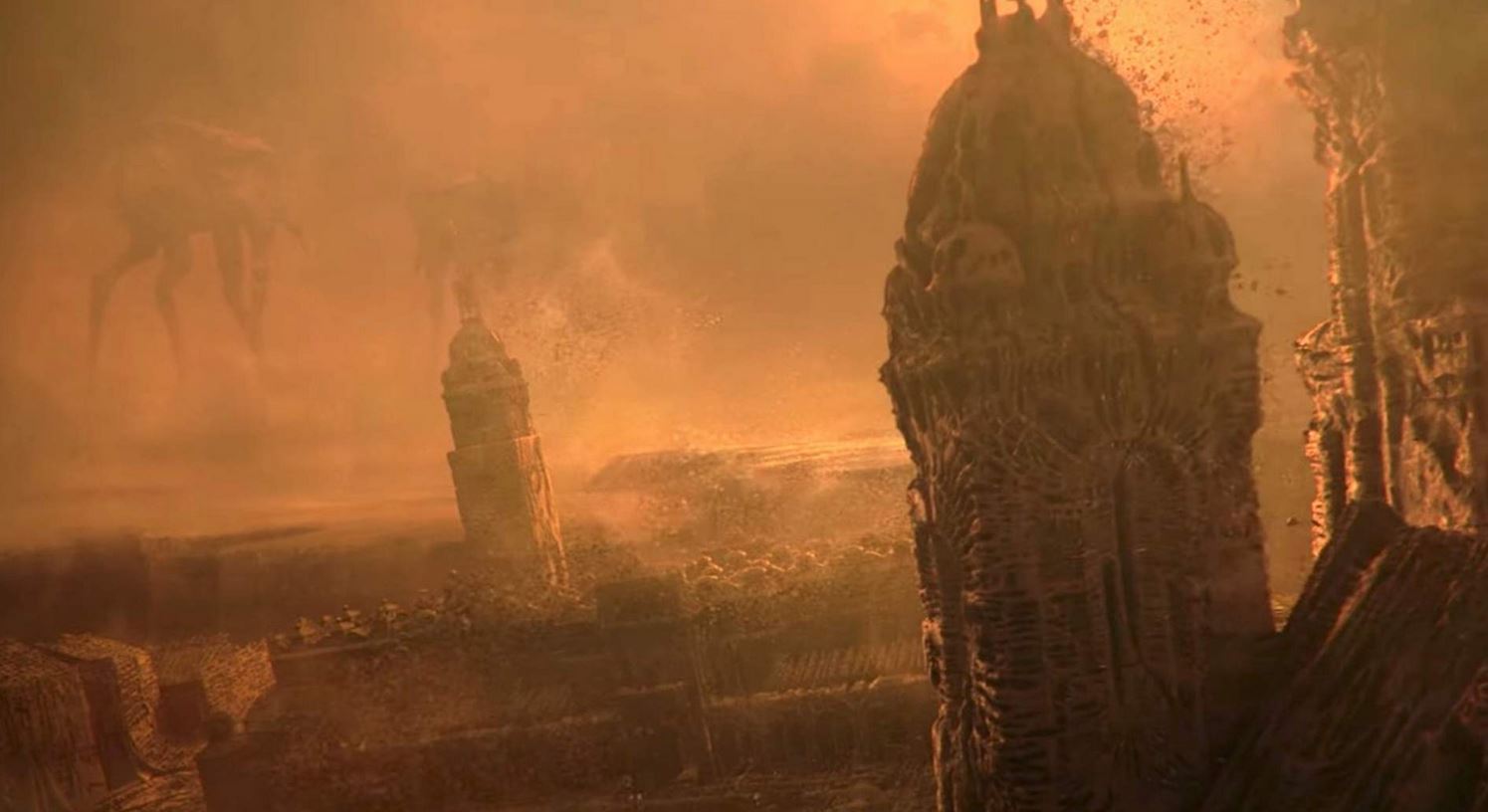 This is brought to the forefront when she visits the funeral home of her recently deceased foster dad and when she investigates strange things that go bump in the night, her reality is literally split into two for both Marianna and the gamer. It’s quite clever seeing how our medium is talking to herself in the physical realm, yet in the ethereal world, we see a different yet familiar Marianna interacting with the dead. 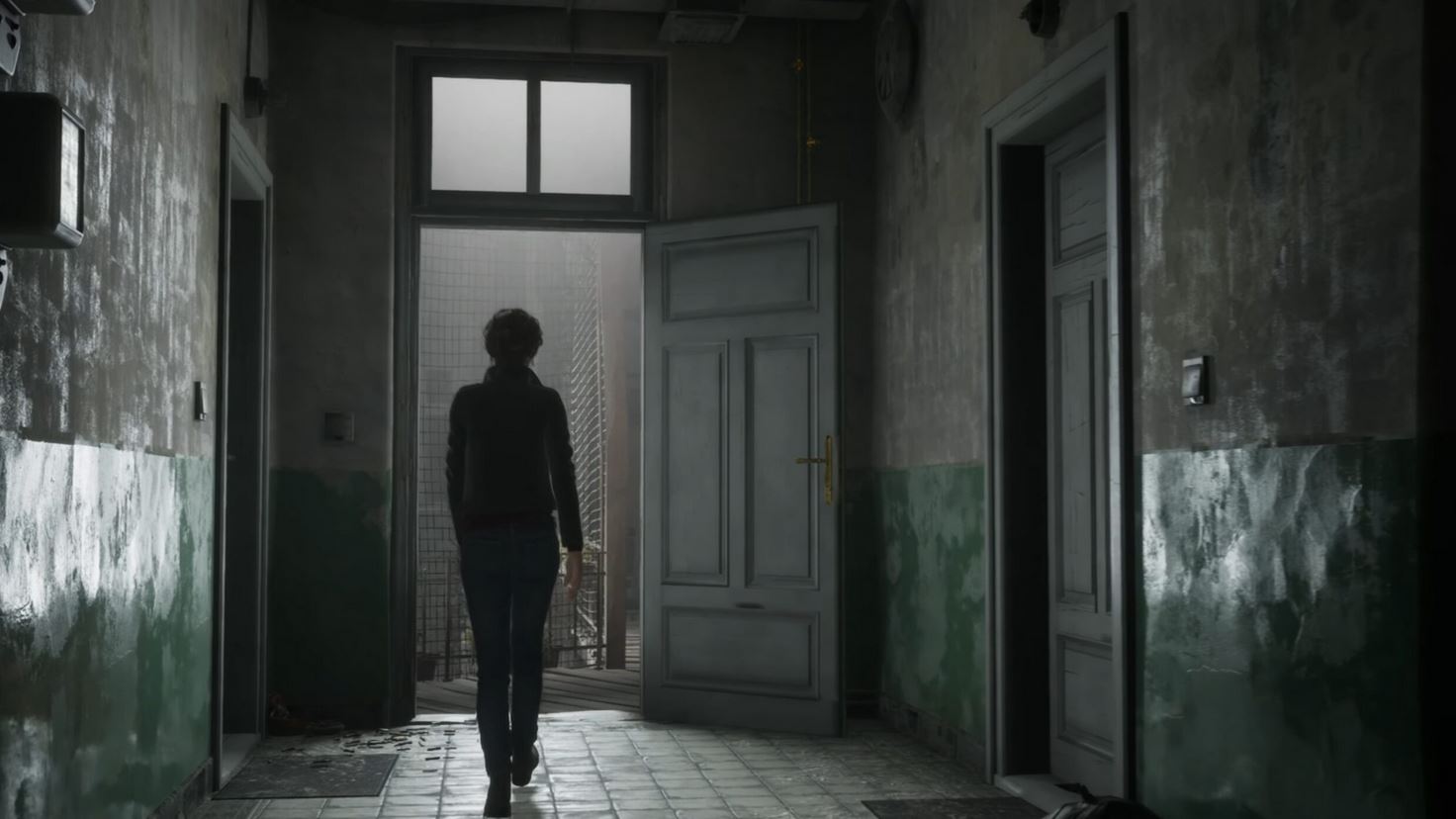 From the encounter with her father, Marianna is left with more questions than answers and to compound the situation, she receives a phone call from a stranger named Thomas who explains to her that he knows about the dreams and offers to answer her questions at an abandoned complex called the Niwa Resort. Obviously Marianna accepts his offer and when she arrives at Niwa, this is when the gameplay ups the ante and she must interact with the both the real world and the land of the dead to help spirits, find clues, solve puzzles and find an answer about her strange recurring dream. 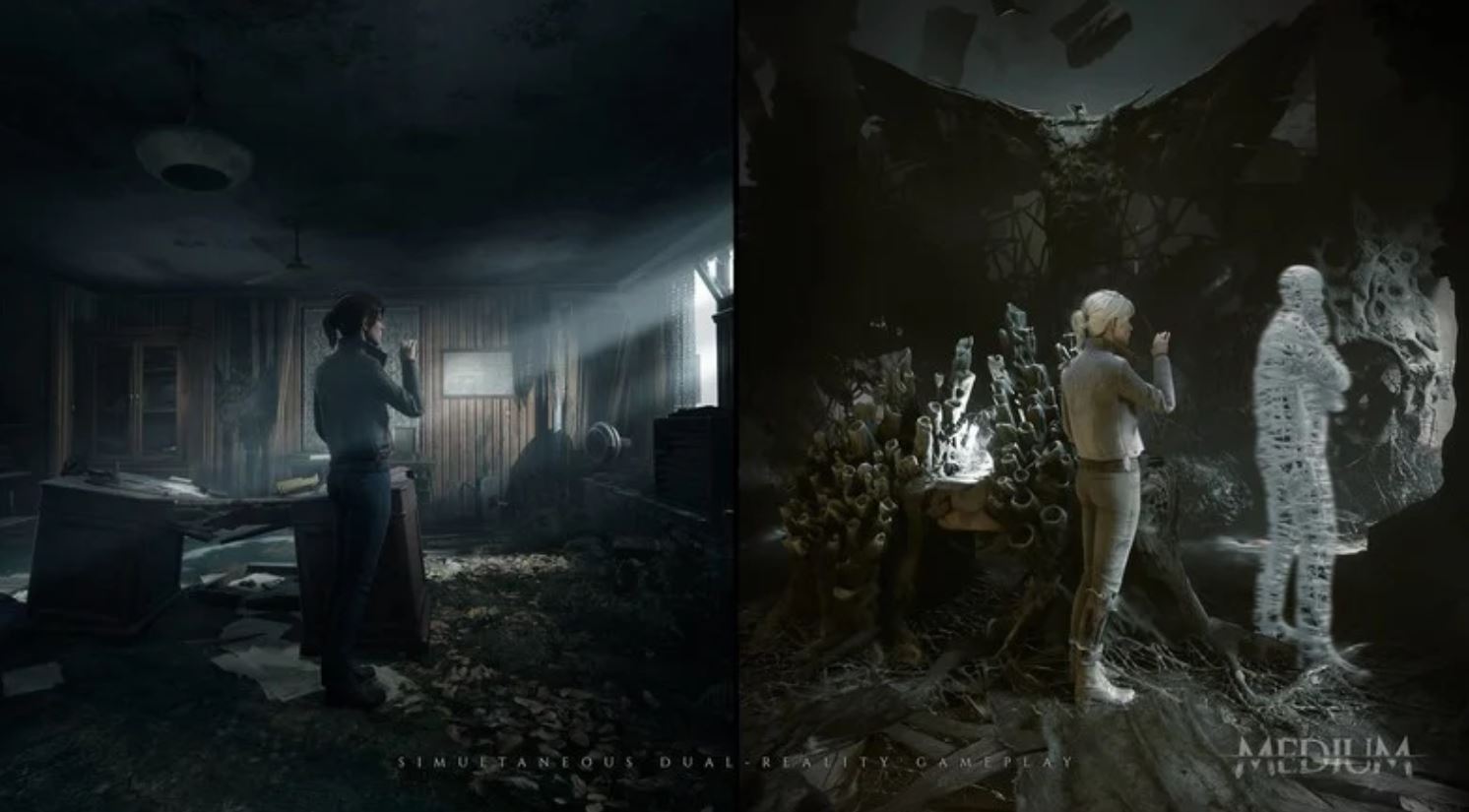 However while there are dangers in the physical realm, the spirit realm has adversaries that literally threaten her soul but by draining some energy from the spirits, this allows Marianna to not only defend herself but also challenge the more powerful creatures that lurk in the darkness. While this “combat” is a fun diversion, the strength of The Medium is the split gameplay that is like playing two parallel games at once as you need to interact with both environments to help you progress such as moving or activating something in the spirit realm to open a pathway for her physical body. Just be warned that this game is a “horror” so don’t get too fixated on tasks because there are dangers and obstacles that you must be on alert for which really keeps you on edge. With that said, The Medium is a title that must be experienced. 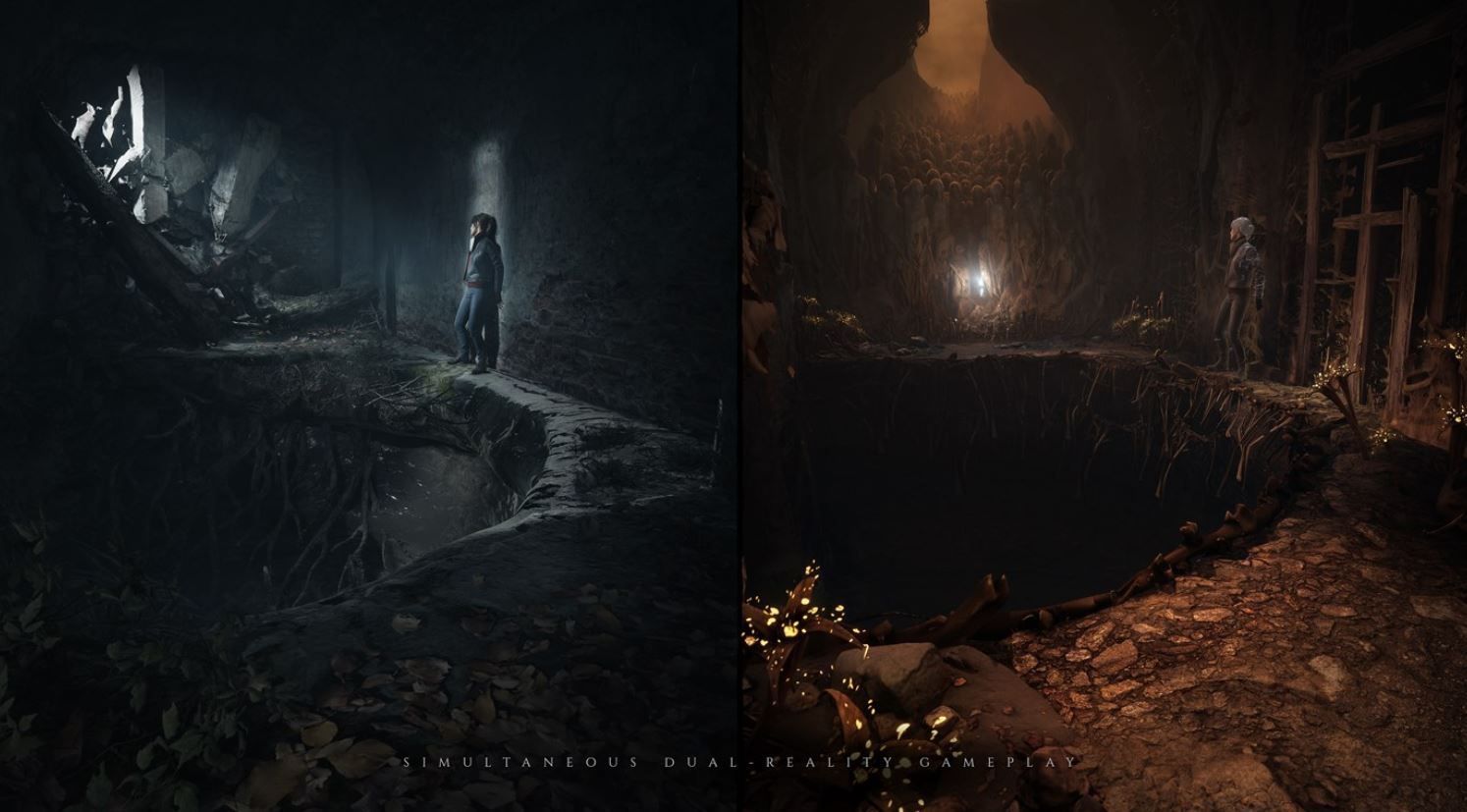 Graphically, it’s a well-presented game on the Xbox Series X and the gaming environment really channels that Soviet area well, particularly the feel of the abandoned government run resort of Niwa. Exploring this deserted area is scary in itself as the developers have successfully recreated this virtual world(s) quite well, particularly with its lighting and special effects. Audio nicely complements the gameplay and graphics and this is one game that is played better with headphones. 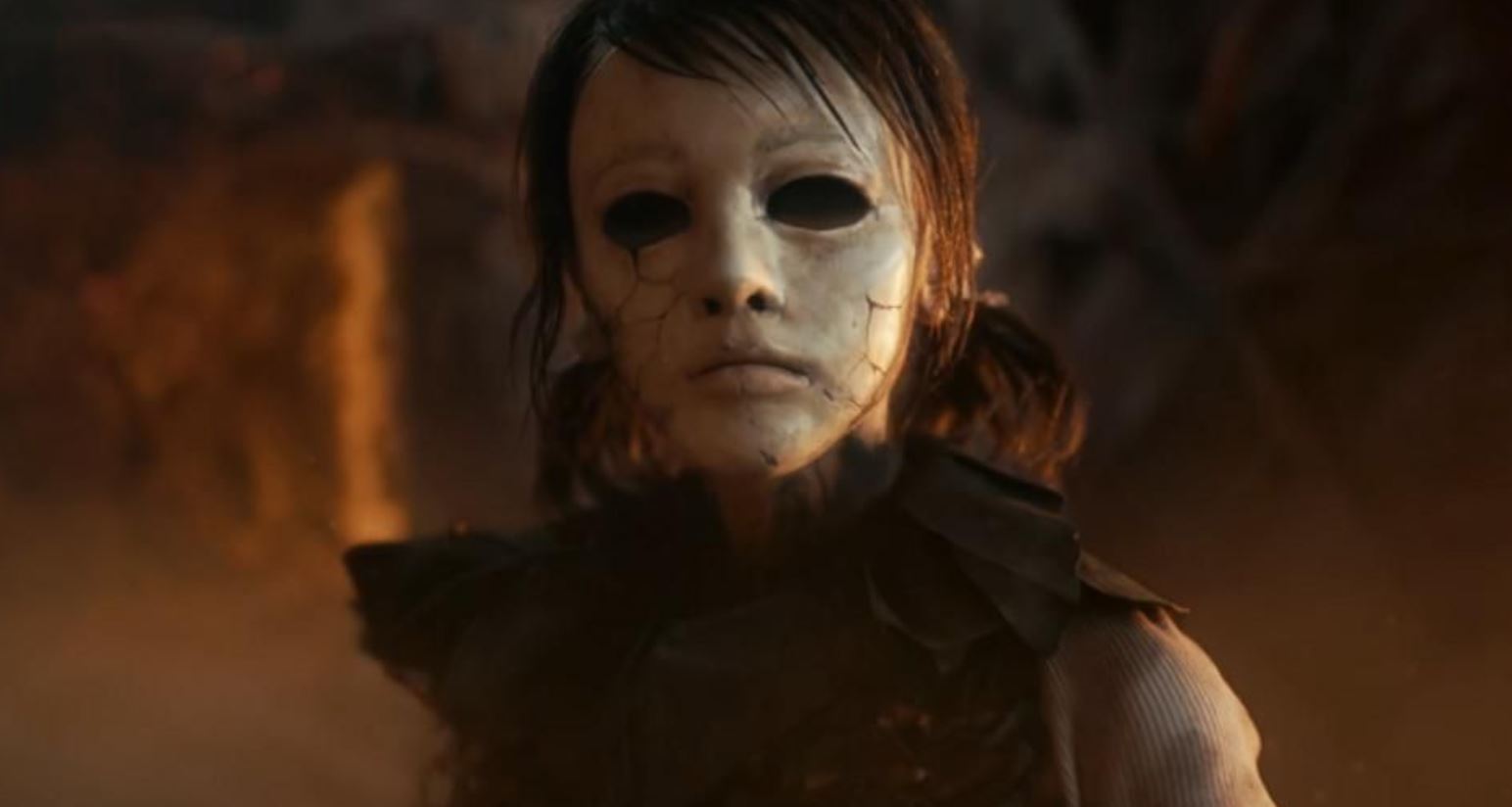 The Medium boasts an engaging narrative plus clever gaming dynamics and while it starts slow, the ending builds to an impressive crescendo of unexpected surprises. So if you like to be surprised, don’t keep reading the reviews or watching Youtube videos because this is one game that must be experienced without coming in with any prior knowledge as you twist your way through of both the land of the living and… the dead!