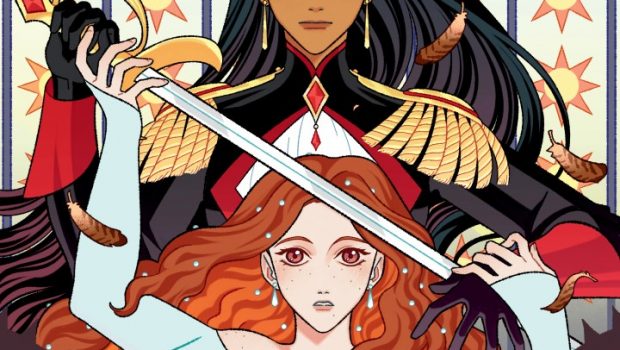 THE MARBLE QUEEN—A SAPPHIC POLITICAL ROMANCE TO RULE THEM ALL

Dark Horse Books is pleased to announce an original graphic novel, The Marble Queen. Written by Anna Kopp with art by Gabrielle Kari, The Marble Queen is a unique take on the young adult romantic fantasy genre as it expands further into the political drama of a kingdom in shambles and the marriage created to save it.

The Marble Queen brings the political drama of Nimona together with the heartfelt romance of The Princess and the Dressmaker, but now presented in a sapphic romance surrounded by a mist of magic.

Princess Amelia’s kingdom, Marion, is in shambles after months of their trade routes being ravaged by pirates. Now the only option left to save it seems to be a marriage alliance. When Amelia gets an exorbitant offer from the royalty of Iliad—a country shrouded in mystery—she accepts without question and leaves her home to begin a new life. However, she lands on Iliad’s shores to find that her betrothed isn’t the country’s prince, but the recently crowned Queen Salira.Shocked, Amelia tries to make sense of her situation and her confused heart: Salira has awakened strange new feelings inside her, but something dark hides behind the Queen’s sorrowful eyes. Amelia must fight the demons of her own anxiety before she can tackle her wife’s problems, all while war looms on the horizon. 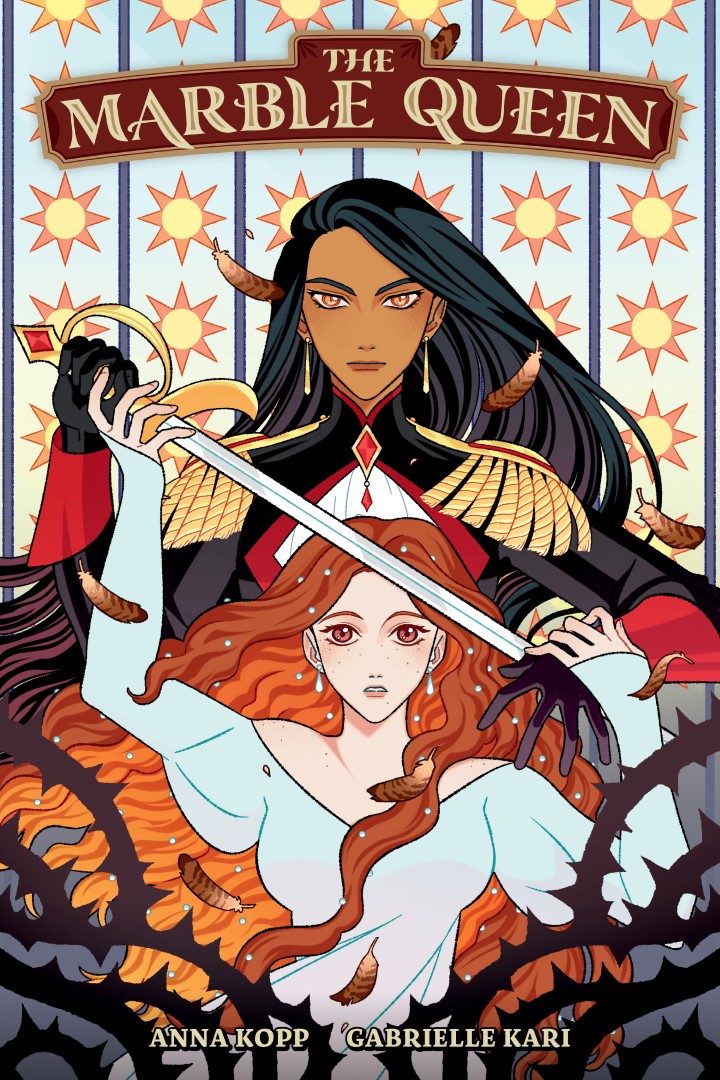