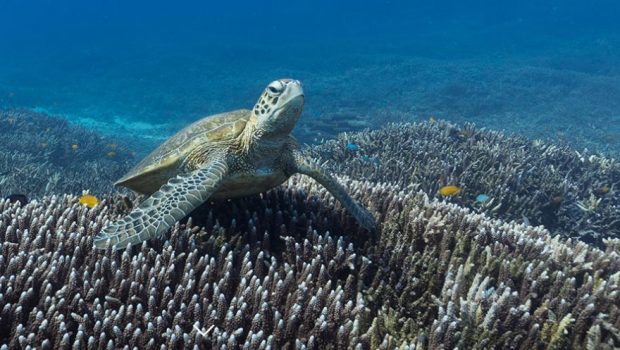 GAME-CHANGING AUSSIE ENVIRONMENTAL DOCUMENTARY, THE MAP TO PARADISE, TO SCREEN AT EVENT CINEMAS

As the United Nations review of the Sustainable Development Goals fast approaches (24-25 September), an Aussie-born indie documentary, The Map to Paradise, will screen at Event Cinemas across Australia.

From Executive Producer Martin Sheen, The Map to Paradise is an adventure-filled and spectacularly gorgeous tale about the birth of the global movement to protect the sea. From underwater worlds of ice to glistening coral sanctuaries, discover what it takes to build a movement and to create positive change.

Filmed across six continents, the filmmakers set out to challenge the mainstream narrative of hard-hitting environmental documentaries with a ‘doom and gloom’ message, and replace it with one of hope and courage. Along the way, they meet a prince, a president, a pirate and also an island chief — among others — who are all playing a role in the quest to save the planet.

Mixing colourful character-driven stories and hand-rendered animations, The Map to Paradise is a rare urgent environmental wake-up call that retains a sense of awe and wonder for the kind of beauty that is still possible.

Director James Sherwood says the Aussie appetite for these sorts of films is increasing.  “Our low budget film, which began with just a Kickstarter campaign, has so far had an unusual run – growing organically with the support of communities.

“We feel very proud and excited. The film has outperformed our expectations, including playing more than 75 times at festivals and semi-theatrical screenings, proving its worth with grassroots audiences, and now it is in the hands of a mainstream cinema,” said Sherwood.

The Map to Paradise is an adventure-filled tale about the birth of the global movement to protect the sea, and has involved internationally acclaimed leaders, such as Prince Albert II of Monaco, National Geographic Enric Sala and the President of Palau Tommy Remengesau, as well as Australian-born Emmy Award-winning composer Daniel Clive McCallum.

The directors have travelled with the film nation-wide, joined by local experts to speak at Q&A session about ‘keeping places wild’ after the film.

To find out about local screening times head to www.eventcinemas.com.au.