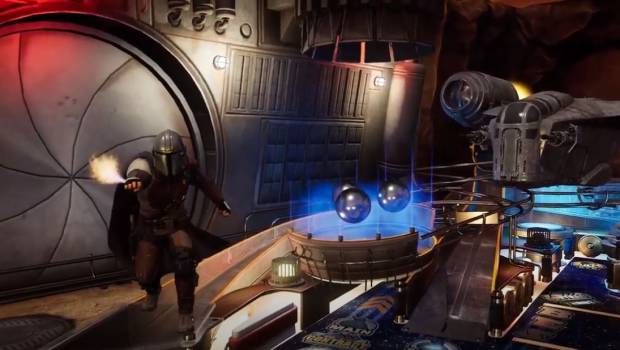 Zen Studios, the global leader in digital pinball, is pleased to announce that a table based on the hit Lucasfilm series, The Mandalorian, which streams exclusively on Disney+, is in production and will be the landmark 20th Star Wars™ Pinball table in the Zen franchise, which debuted in 2013.

The brand new table inspired by The Mandalorian features story-based missions following events of the first season that can be played in any order. Players will experience the game from the perspective of the Mandalorian himself, and the table is set in the cargo hold of the Razor Crest. The table brings the Mandalorian, the Child, and IG-11 to life on the table as 3D characters, and features 3D objects such as the Razor Crest, Moff Gideon’s outland TIE fighter, and the AT-ST seen in “Chapter 4: Sanctuary.”

For more information about Star Wars Pinball table, visit zenstudios.com and follow them on Twitter at @PinballFX.

Lucasfilm, the Lucasfilm logo, STAR WARS and related properties are trademarks and/or copyrights, in the United States and other countries, of Lucasfilm Ltd. and/or its affiliates. © & TM Lucasfilm Ltd. All rights reserved.