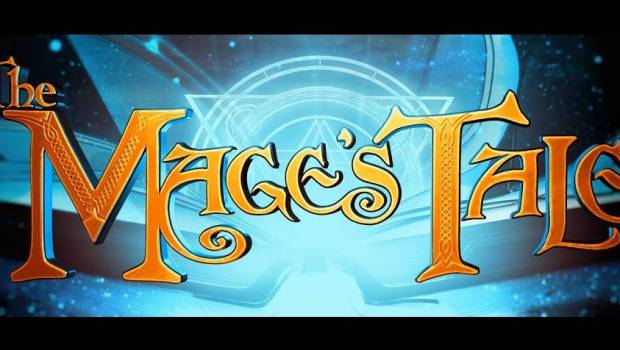 Summary: As the apprentice you suddenly find yourself without a Master when he is snatched away by the Evil Wizard Gaufroi. As you fight to save your master what will your own fate be?

The Mage’s Tale had me captivated from the get go… albeit with an easy shot… they filled the loading screens with Celtic music, as such my heart was drawn in. That’s not a bad thing either because the game is quite captivating in it’s own way. The start sees your master being taken away by the Evil Wizard Gaufroi leaving you with his “familiar” who is likely to get on your nerves throughout the game but does act as exposition deliverer and will guide you in the right direction at times. Not surprisingly you start with minimal ability and as you progress so too will your skills. 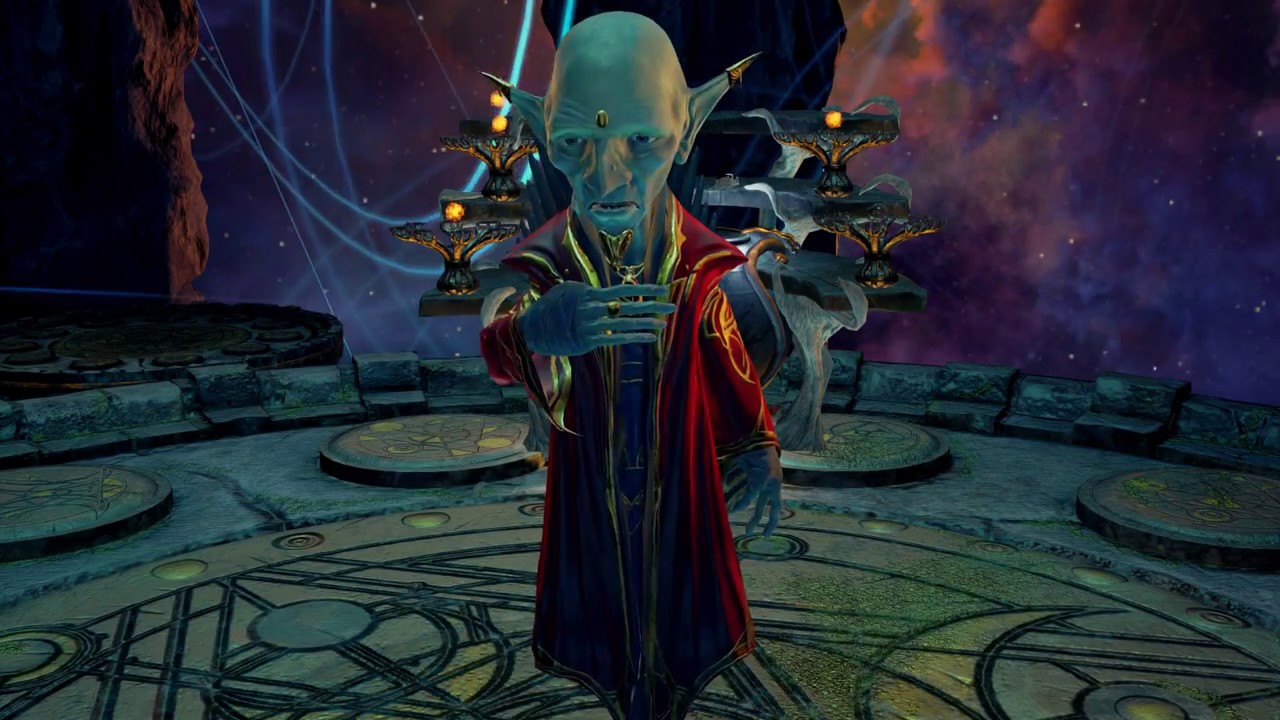 There are a few spell casting dungeon crawlers out now for VR gamers and they share many similarities, the ability to bring about spells with gestures being one of the best. After you’ve played a spell casting game in VR it is bound to feel very clunky and “primitive” going back to keyboard and mouse. But The Mage’s Tale does fall a little short in the casting talent area when it comes to targeting. Whist games such as The Wizards rely more on a “direction you throw” approach to sending out your spell… The Mage’s Tale seems to take a “look at your target… we’ll highlight it and your spell will go basically in that direction”. It’s a bit clunky and can be very frustrating at times. I spent quite a while just playing with some spells (which is still a lot of fun) and continually hitting the same spot that didn’t seem to correlate to where I was “throwing” the spell… then it clicked that it seemed to go where I was looking quite consistently and that’s when I realised that where I “threw” wasn’t nearly as important as “where I was looking”. 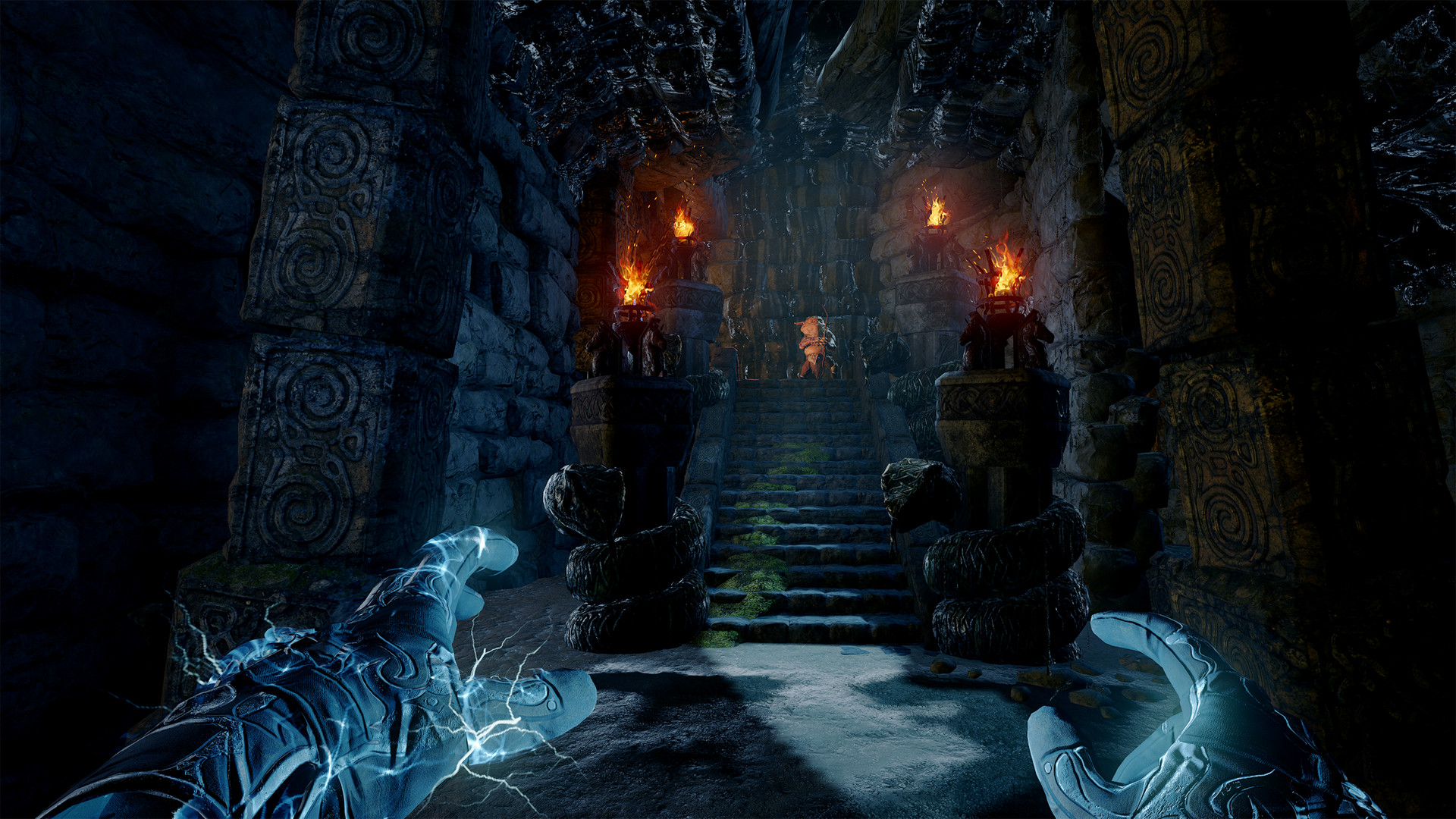 But this is more than just a combat game. As with some of the best dungeon crawlers, there are puzzles to solve and much like casting by gesture, there’s a certain satisfaction in being able to use your (albeit disembodied) hands to activate levers and other objects throughout the world. You frequently come across doors that need to have their handles turned/pulled to open and though it’s a small thing, not pressing the typical E button or similar to open, but rather reaching out and “grabbing” the handle and then physically turning it is still a cool element that helps with the immersion. There are some really nice little interactive elements that, while possible with keyboard and mouse, really work best in VR… using a crystal ball to see secrets in the rooms around you is quite a clever idea. 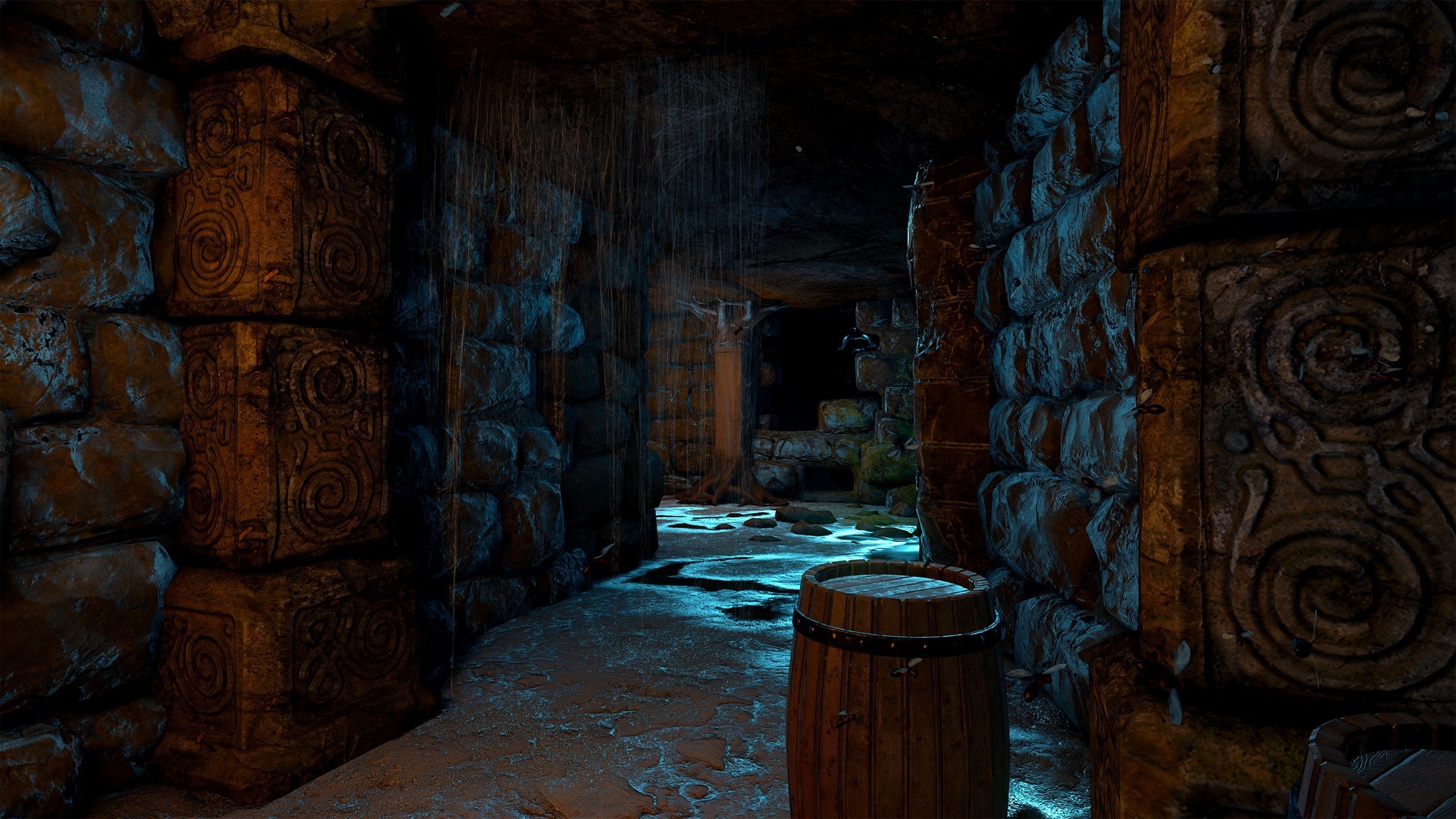 Visually the game is quite striking too. The art style does tend to go between dark and gloomy realism and almost cartoony “comic relief” type characters. There’s nothing inherently wrong with that and it’s certainly not bad that your first few bouts of combat are against creatures that you almost feel you should go over and tickle to death… but make the most of it because things start to get a bit more overwhelming and more threatening before you really know it.

As mentioned, you start out as an apprentice with minimal ability, naturally as you progress you unlock new abilities and new items to use to enhance your skills. The skill deployment side of thing is basically done in your “safe space”. Much like the excellent free experience “Waltz of the Wizard” (if you haven’t tried this, I suggest you pause your reading and at least set it to download, it’s free and a lot of fun), you concoct spells by putting different ingredients into your cauldron. Different combinations obviously creating different effects which can then either create totally new spells or enhance the ones you already have. It’s a nice touch and really a pretty standard part of witching/wizarding lore so it’s nice to have it included. 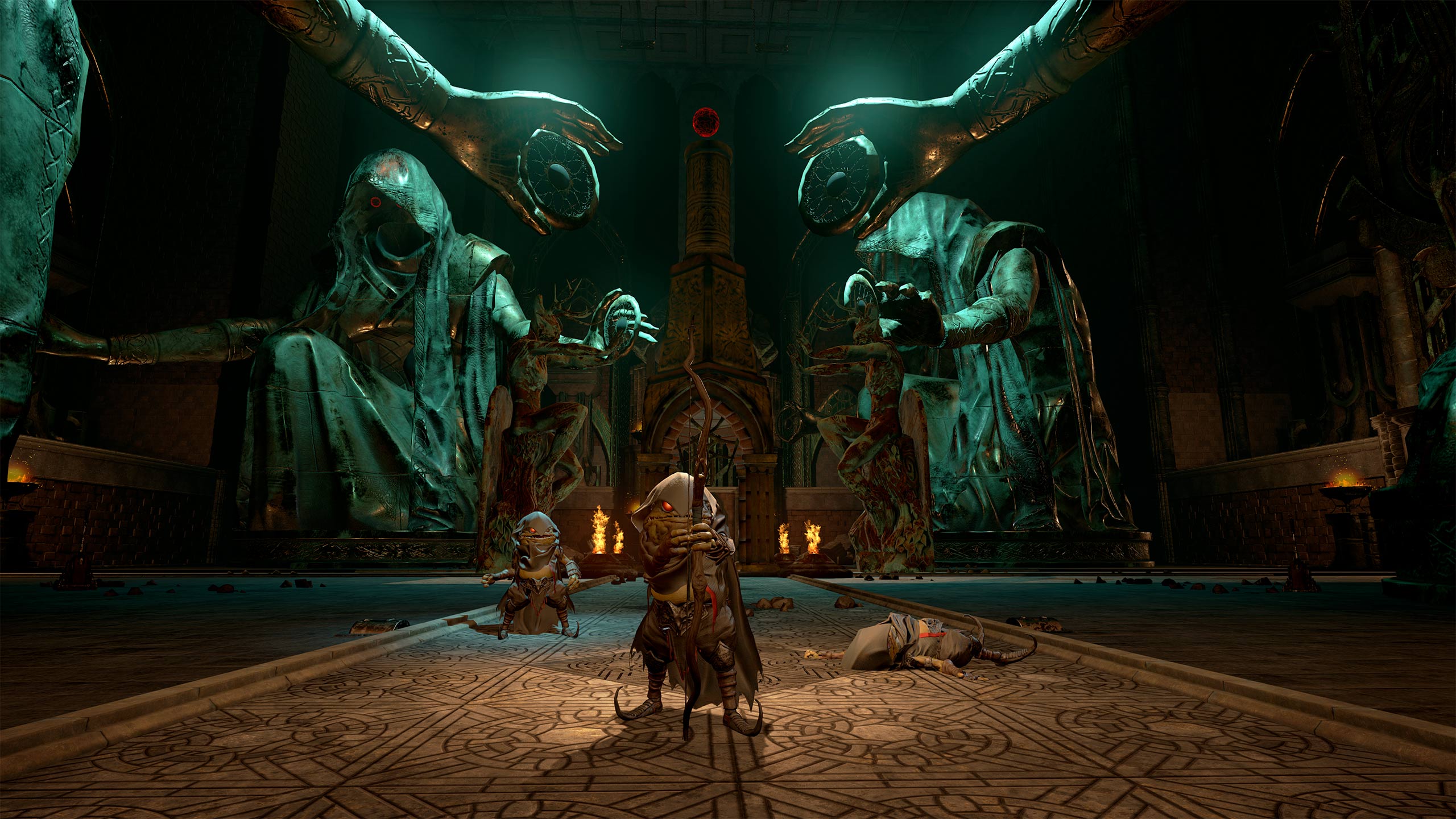 Movement is a bit so-so. The primary form of locomotion is teleportation with snap turns (which I’m mostly used to now despite being quite opposed to when I was starting out in VR). The other option is what is typically known as blink teleportation which is basically just a much shorter range teleport… it kind of feels like you are stumbling or perhaps a little drunk and walking without being totally aware of it. It’s so close to free motion that I’m not sure what the benefit of applying blink over free motion is.

Overall the game is fun… the mix of battles and puzzles means the game retains a sense of freshness but the targeting did become quite irritating at times… there is a possibility this is just part of getting used to VR controls and the new ways we interact in games… but for me I found it pretty trying.

Is it worth the asking price? Personally I think the current price might be a little high… but I’m not well off and a cheapskate at the best of times, I’d be quite happy to recommend it when it’s on sale though take those two elements together to decide if you are fine with shelling out full price or if you can wait to have a new VR experience once the price has been dropped a bit… or jump at it for the sake of the beautiful music (seriously, can we have a soundtrack?!).