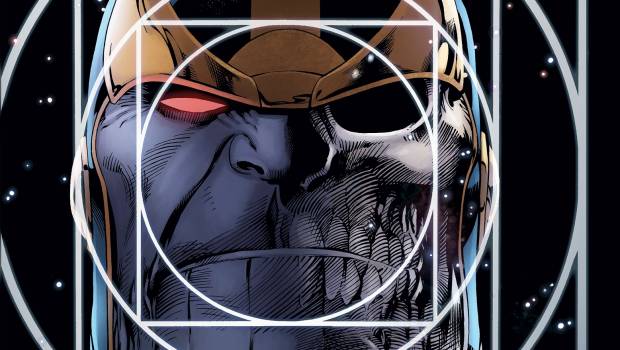 THE MAD TITAN REIGNS IN THANOS: THE INFINITY CONFLICT OGN!

Thanos is ready to take over the world…whether the world is ready or not. And this November, creator Jim Starlin (The Life of Captain Marvel, Thanos: The Infinity Revelation) and superstar artist Alan Davis (Guardians of the Galaxy: Mother Entropy, The Infinity Eternity) return to the epic story of the Mad Titan with THANOS: THE INFINITY CONFLICT – an all-new graphic novel that will have Thanos fighting against his own future!

Part of the second trilogy of Starlin and Davis’ Thanos saga, INFINITY CONFLICT takes the Mad Titan on an epic, wild adventure – and brings Adam Warlock along for the ride! Armed with the Reality Gem, Thanos is now poised to become the lord of all reality, until he learns that his troublesome brother and time travel aren’t the only things that stand in the way of claiming his powerful reign.

Who stands against Thanos in this dramatic rebellion? The answer may surprise you…

Don’t miss the epic segment that continues the story Starlin and Davis began in THE INFINITY SIBLINGS, on sale April 4th! 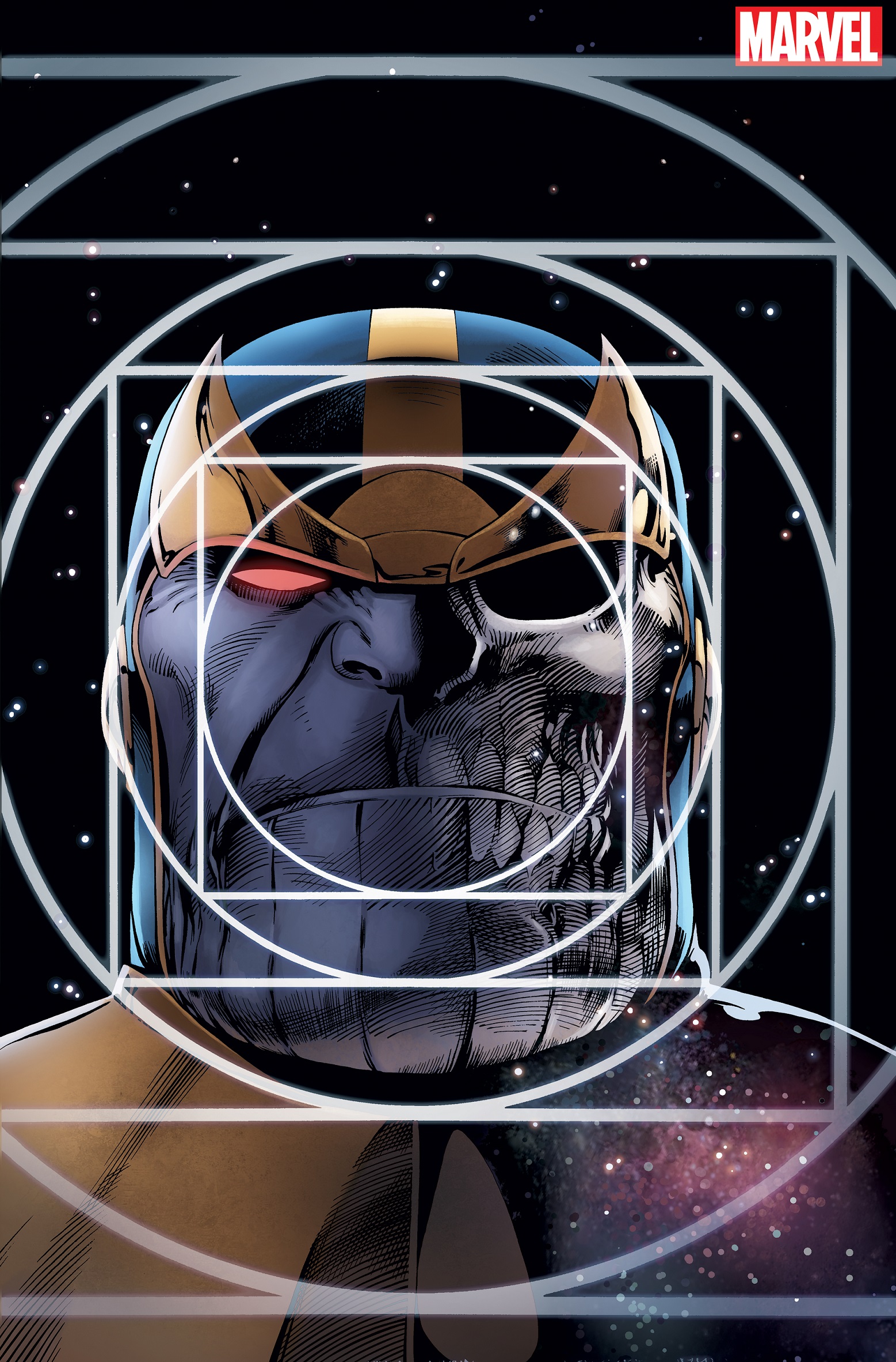 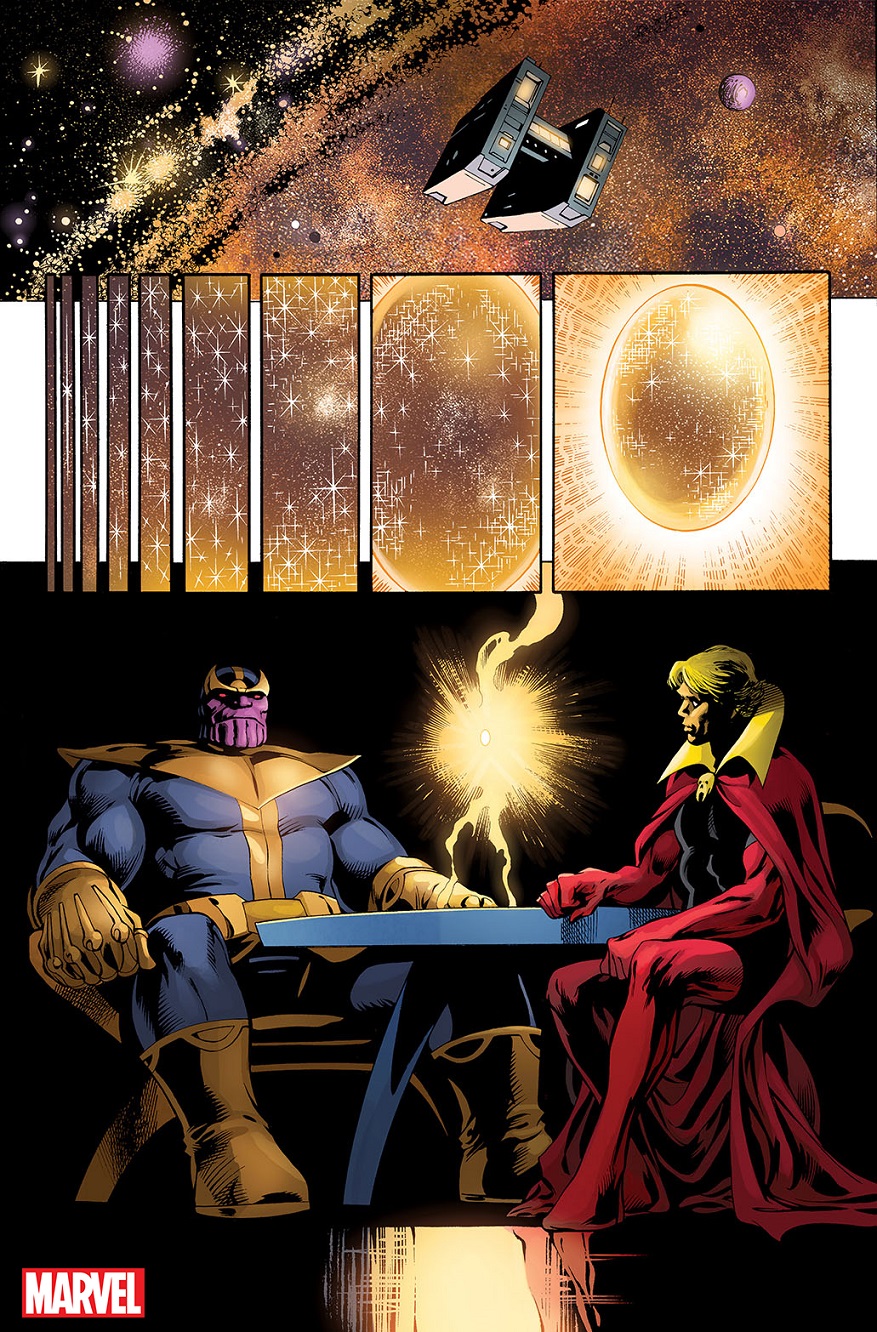 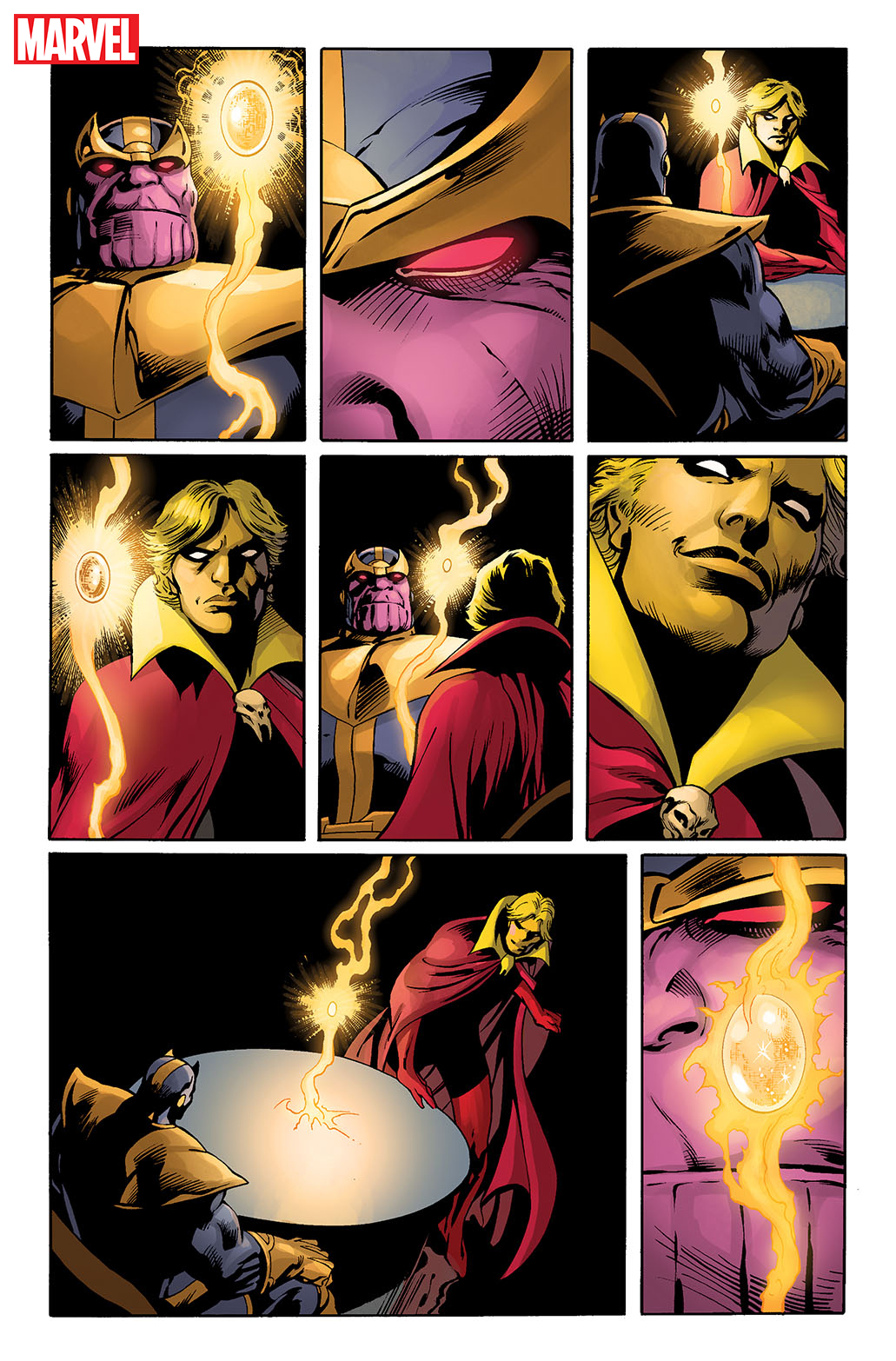