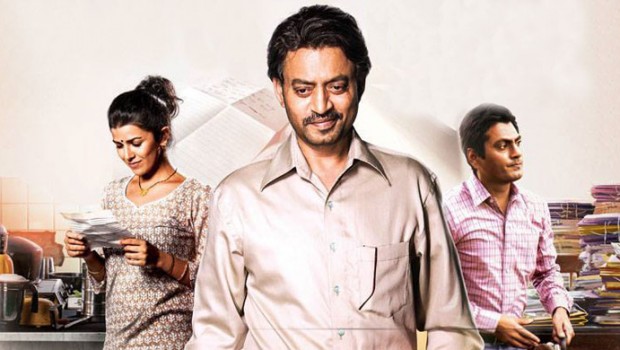 The Lunchbox is a charming film which restores faith in the romance genre. It is a breath of fresh air into the masses of romance films which have crowded our cinemas in the past few years with overly stereotypical and predictable elements. The Lunchbox is exceptionally sweet and even though the story is quite simplistic, it accomplishes so much around this story of two lonely people who find each other in the most unusual fashion. While it is culturally significant to modern day India, the threads of romance laced through the film are rather old fashioned in a most welcomed way. The Lunchbox is tantalising, heart-warming and aesthetically pleasing with it’s wonderful visuals of Indian cuisine.

Mumbai’s lunchbox system has always had a reputation of efficiency with there being very little chance of a person being delivered the wrong lunch. It is close to an impossibility, which is why it is so unusual when lonely wife and mother Ila’s (Nimrat Kaur) home cooked meal for her husband gets delivered to the wrong person. Her meal finds Saajan Ferndandes (Irrfan Khan), a reclusive widower who is preparing for retirement. The two begin an exchange of letters through the lunches and find that this exchange is what makes the difference they have both been craving in their lives. 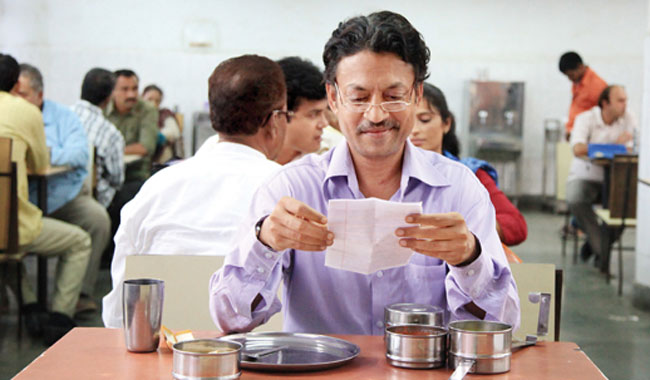 Just when it seems like the romance genre has nothing new left to offer, along comes a film like The Lunchbox. It avoids all the stereotypical elements of a love story which usually play a huge part in the predictability of such films. It explores the lost art of penpalling in an original form and is slightly reminiscent of such films as The Shop Around The Corner and You’ve Got Mail, but only in the sense that the two lead characters are exchanging letters and in doing so, forming a relationship with each other. Not only does the film follow paths not normally explored by other films in its genre, but it also keeps the viewer guessing right till the end and also beyond. It has an overall feel of good atmosphere to it, but it is also deep and sensitive to the emotional hardships of life and love.

The Lunchbox is a wonderful cultural study of modern day Mumbai. The lunchbox system is one which people in western culture who have never visited India would not be familiar with and the film gives a wonderful introduction to it. Visually, The Lunchbox excels on so many levels. It does brilliantly at capturing life in Mumbai domestically, and also in an office environment. The first few shots of Mumbai in the rain first thing in the morning gives the impression of chaos, but is it is incredibly interesting chaos and quite an intriguing snapshot of life in Mumbai. The whole film contains many location shots which cannot be described as neat such as cluttered offices and homes, but there is beauty in the mayhem with the way it is charmingly shot. Yet what leaves the greatest impression on the viewer is the wonderful food which is part of the character’s lunchboxes. The Indian cuisine does not only look delightful on film, but the way in which the characters react (especially Saajan) to it allows you to imagine you can also smell the incredible aroma of the food and taste the spice. 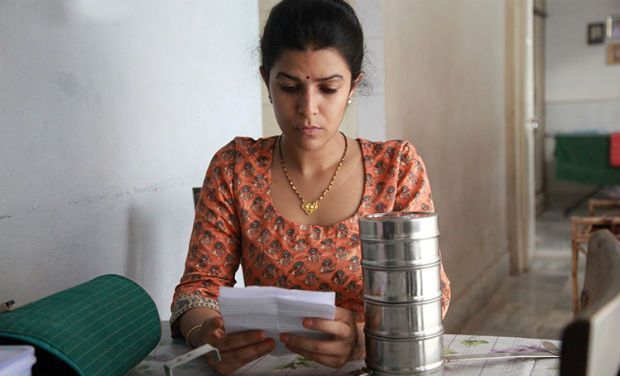 There is a wonderful sense of character development in The Lunchbox. Each character changes throughout the film and their relationships with each other play a big part in this development. Irrfan Khan is very good as Saajan. He changes in a great way throughout the film and connects with the audience on an emotional level. This connection allows you to understand, admire and empathize with him in a way which resonates long after the film is over. It is beautiful to see how his relationship with Ila and his work colleague, Shaikh (Nawazuddin Siddiqui) change him and bring life, love and happiness back to his life.

Nimrat Kaur gives a beautiful performance as Ila. She starts off fragile and sad, but becomes a strong female character. Nawazuddin Siddiqui’s Shaikh is a fantastic character. He has had such a tough life, but his spirit is contagious. It is obvious that his hardships have affected him, but his happiness and eagerness is beautiful. His character is so beneficial to the film as he is one of the biggest reasons Saajan learns to embrace life. Ila and Saajan may be the lead characters of the film, but Shaikh’s presence is so important to their lives and relationships. The Lunchbox is the film that sets the benchmark for romance films. The elements of its genre are packaged in a most original way and delivered with beauty and charm within the chaos of its world.

Summary: The Lunchbox is a charming film which restores faith in the romance genre.