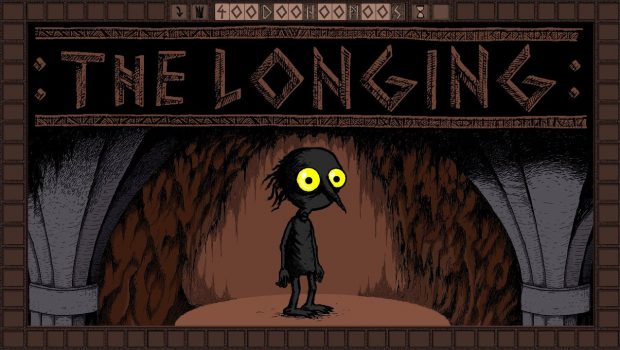 Summary: A slow paced experience that forces the player to grapple with isolation, loneliness, and the meaning of life.

In modern day games, the urge for instant gratification is usually needed to draw players in. If a thirty or forty hour campaign doesn’t hook the player from the outset, its very likely a gamer will move onto a splasher title that starts with a bang. The Longing is not one of those games. Forcing the player to value patience above all else, The Longing is an ode to solitude and self-reflection, which will either result in immediate dismissal, or an enduring existential journey.

Set in an underground maze of caverns and crevasses, The Longing follows the story of a small creature with odd looking teeth called a Shade. He is the last of his kind, and has been asked by his King, who has been turned to stone, to remain in the caves for four hundred days. Once that time has expired, the Shade must awaken the king. The game’s central concept is that it takes four hundred real time days to complete. With a timer at the top of the screen counting down the remaining days, hours, minutes, and seconds until that benchmark, the player is painfully aware of how long they must remain confined to their isolation. Accompanied by a dark lighting design and an equally eerie soundtrack, the stage is set beautifully for a unnerving and bleak tale.

The Longing’s gameplay is very dependent on the player. In order the pass the time, the Shade has options to read, draw pictures, make musical instruments, explore the endless caves, and much more. Certain gameplay events are locked behind time-related barriers. For example, waiting two weeks for a rock to fall to facilitate a path to a pickaxe, which allows the Shade to farm materials for the betterment of his home. Though provided with the option of creating larger accommodations or padding out the bookshelf, I found myself more drawn to the game’s exploration mechanic; endlessly wondering the caves in search of secrets or answers as to why I was down there.

But The Longing does not answer these questions – at least in the eighteen days I’ve played the game. Instead, the Shade traverses the halls at a painfully slow pace, pondering if he will ever see the sun or if his confinement even has a point. And this is the game’s intended result; it forces the player to grapple with loneliness, question their purpose both in game, and in a larger scale, their life as a whole.

Existentialism is wrapped into every facet of the game. From the large copy of Moby Dick perched on the shelf (which the player can read in its entirety if they so choose), to the Shade’s grim speech bubbles begging for companionship, The Longing is a slow burn of a philosophical pilgrimage. It even tackles the notion of faith and religion, for after a bit of time, the Shade ponders if this King he warships is nothing more than a false deity. And though I haven’t reached the game’s conclusion, I wonder if it will be climactic and worth the four-hundred-day investment, or intentionally underwhelming – pushing home the meaningless pandering of life. 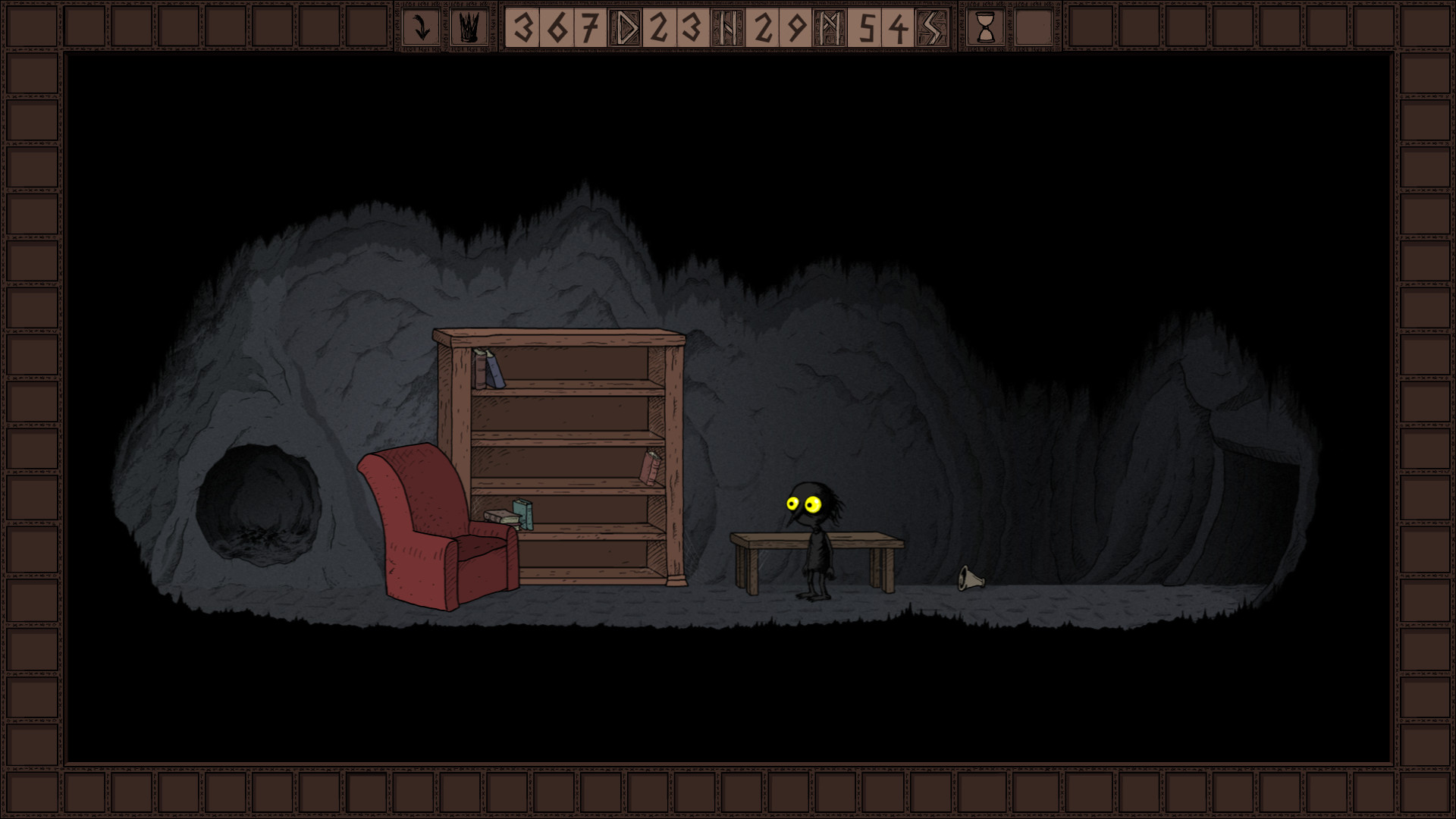 Though I don’t have any major qualms with the gameplay, I found myself frustrated with the game on many occasions…which, again, is part of The Longing’s concept. I wish the Shade could move a little faster, I wish I didn’t have to wait two weeks to obtain the pickaxe, but these are a reflection more of myself than the game design. The player is intended to take their time and not feel like they are in any rush to complete anything because there isn’t really anything to complete. No collectables, no powerups, no unlockables required for completion; just the player, the Shade, and nothing but time.

The game is especially pertinent following a year of quarantine. At first, I found myself stir crazy, wondering how I would not lose my mind. But after a few weeks, I found myself picking up new hobbies and finding alternate ways to amuse myself and pass the time. And that’s what The Longing asks the player: what would you do with nothing but time? And it examines the dark corners of the mind when confronted with that time – not only in its text, but cathartically, through the player’s inner monologue as well. 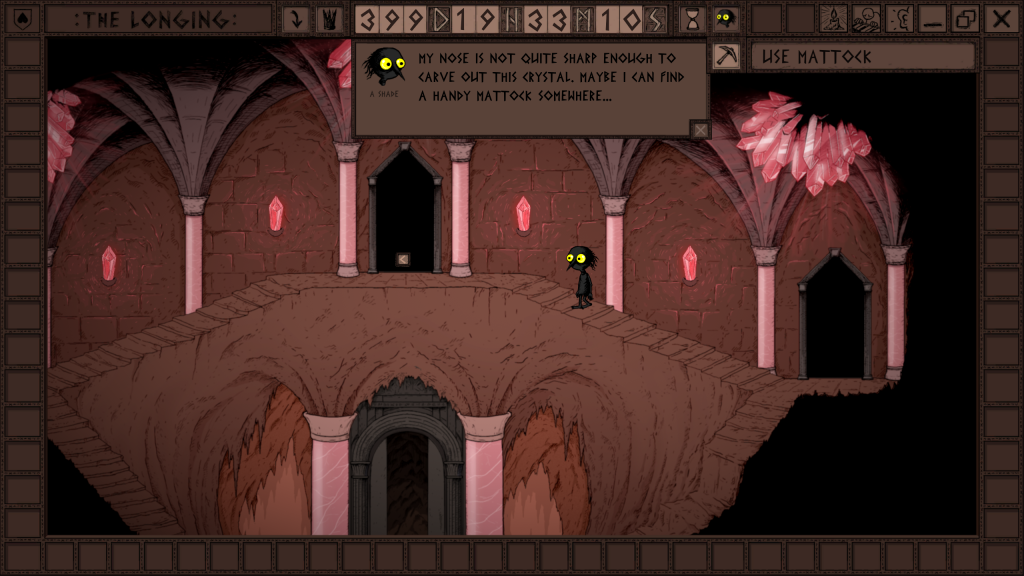 This is one of the hardest games I have ever had to review. Partially because I haven’t played the The Longing in its entirety, but also because I simply don’t know where the journey will take me. Many people will write off this game for being boring or too slow paced; I certainly grew impatient many times and had to take a break. But if the player can understand the slow pacing as a means to communicate The Longing’s true essence, they will be rewarded with a purgative experience unlike anything I’ve ever seen.