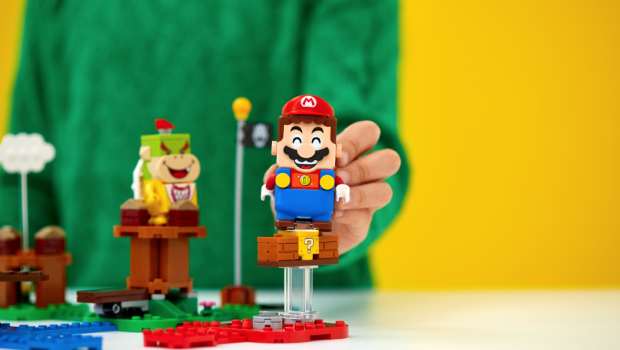 The LEGO Group today announced pre-order availability of the LEGO® Super Mario™ Adventures with Mario Starter Course. Fans can now secure their own set of this upcoming and highly anticipated new product line, the result of a unique partnership with Nintendo. The new LEGO Super Mario product line features an interactive LEGO Mario figure that collects coins in real-life game levels created with LEGO bricks. Neither a video game nor a traditional LEGO brick-based set, it promises to change the way people interact with Super Mario in the physical world and engage in LEGO experiences.

Disclosed for the first time today by LEGO Design Lead Jonathan Bennink, fans will be able to begin exploring the fun-packed LEGO Super Mario universe with the Adventures with Mario Starter Course. This entry point set to the world of LEGO Super Mario is needed to unlock expansion sets and features seven action bricks for different interactions with the LEGO Mario figure that are only included in this set.

The LEGO Mario figure itself has LCD screens in his eyes, mouth and belly to display a wide variety of instant reactions to movement, color and action bricks. Also included is a speaker that plays iconic sounds and music from the video game series.

“Super Mario has continued to appear, always in a form adapted to the current hardware of the time.” said Takashi Tezuka, Executive Officer and Game Producer of Nintendo Co., Ltd. “I am thankful that in this project with the LEGO Group, Mario is jumping out of the digital world of game consoles and smart devices, and we are able to bring him into the world with a new, physical type of Mario play. It’s very exciting to think of LEGO Mario becoming a real friend to children and to picture them playing in their very own Mario world that they imagined themselves.”

Kids aged 6+ can build levels and play their own way, with action-packed challenges having lots of creative fun in a highly interactive experience. LEGO Mario is used to collect virtual coins as he runs and jumps from the Start Pipe to the Goal Pole via LEGO bricks, cloud platform, and clashes with the Goomba figure and Bowser Jr. figure.

The Starter Course can be combined with LEGO Super Mario Expansion Sets, which each unlock unique challenges and characters to play with and against friends. The first Expansion Sets, also revealed today, include the Piranha Plant Power Slide Expansion Set and the Bowser’s Castle Boss Battle Expansion Set. And because the products all include modular builds, fans are fully in charge of creating exactly the LEGO level course they want to see Mario come to life in.

Fans will also love the free LEGO® Super Mario™ app by the LEGO Group, a supporting feature to further enhance the physical play experience. It keeps track of scores to encourage continuous rebuilding, as well as it provides digital building instructions with zoom and rotate viewing tools to make building easier, suggests other creative ways to build and play, and is a safe forum to share ideas with friends.

The update was shared in a video posted by the LEGO Group and Nintendo earlier today (https://youtu.be/OXGX1-BJFpQ) and on the LEGO Super Mario website at www.LEGO.com/SuperMario. 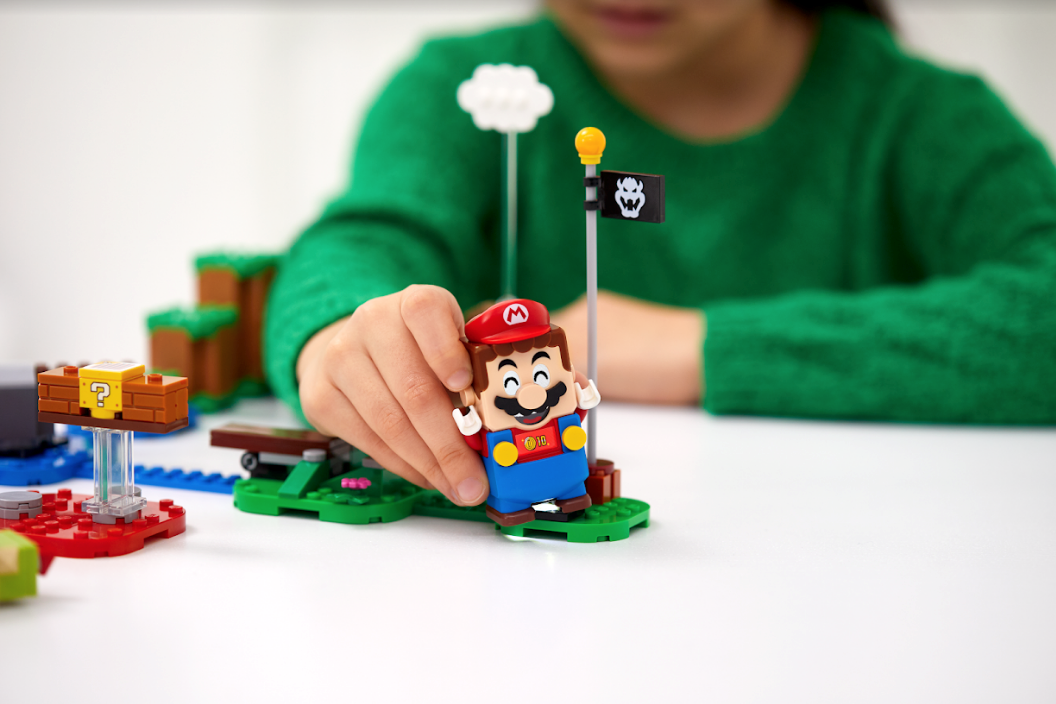 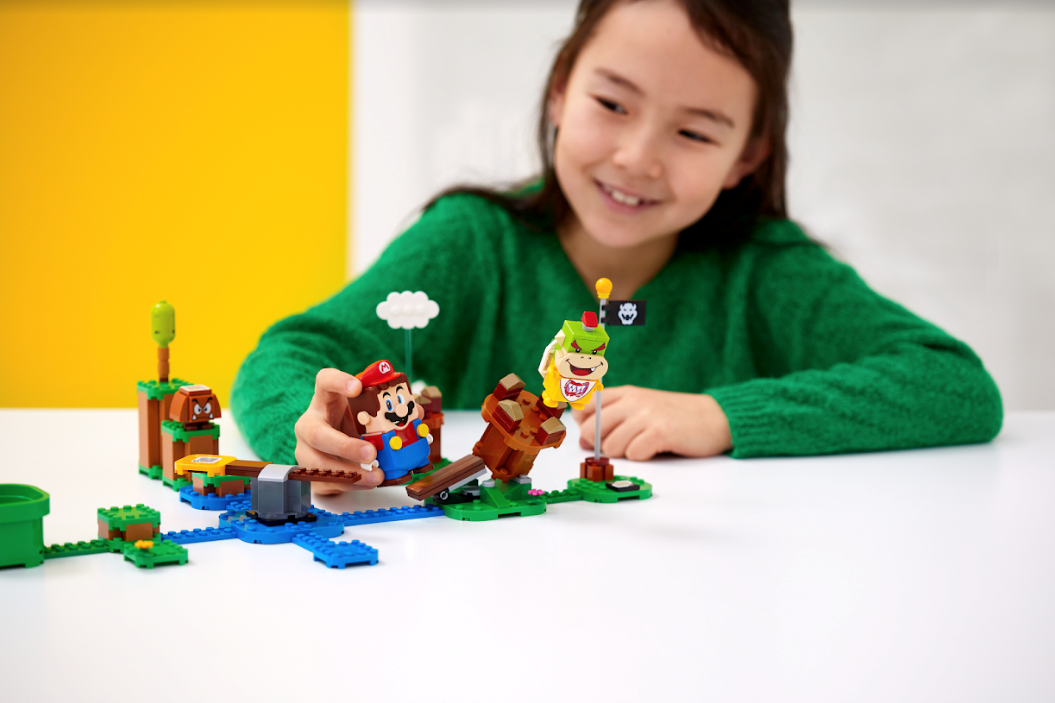 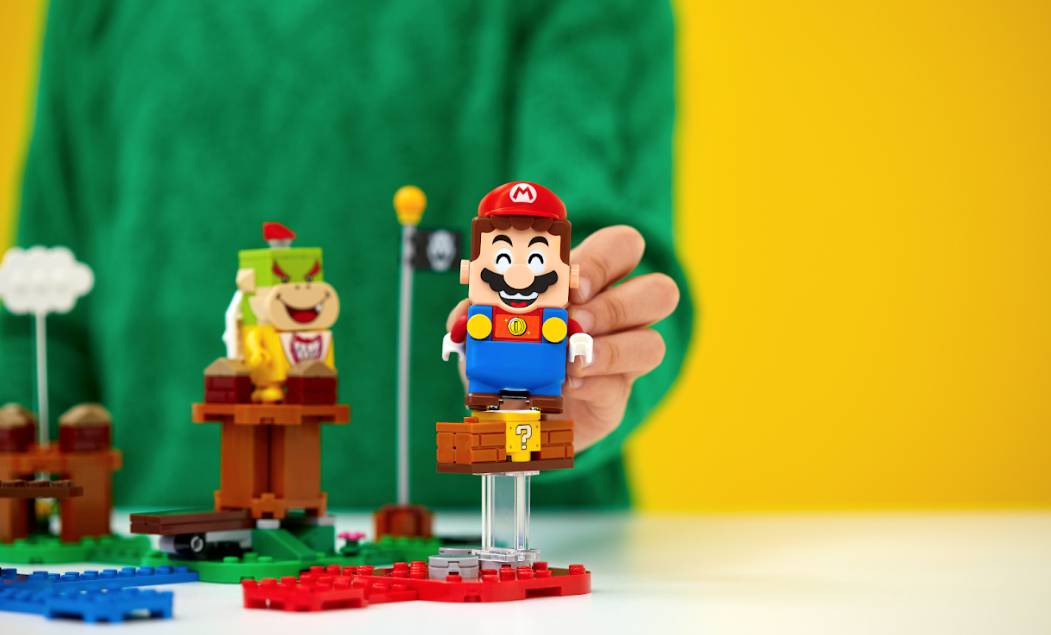 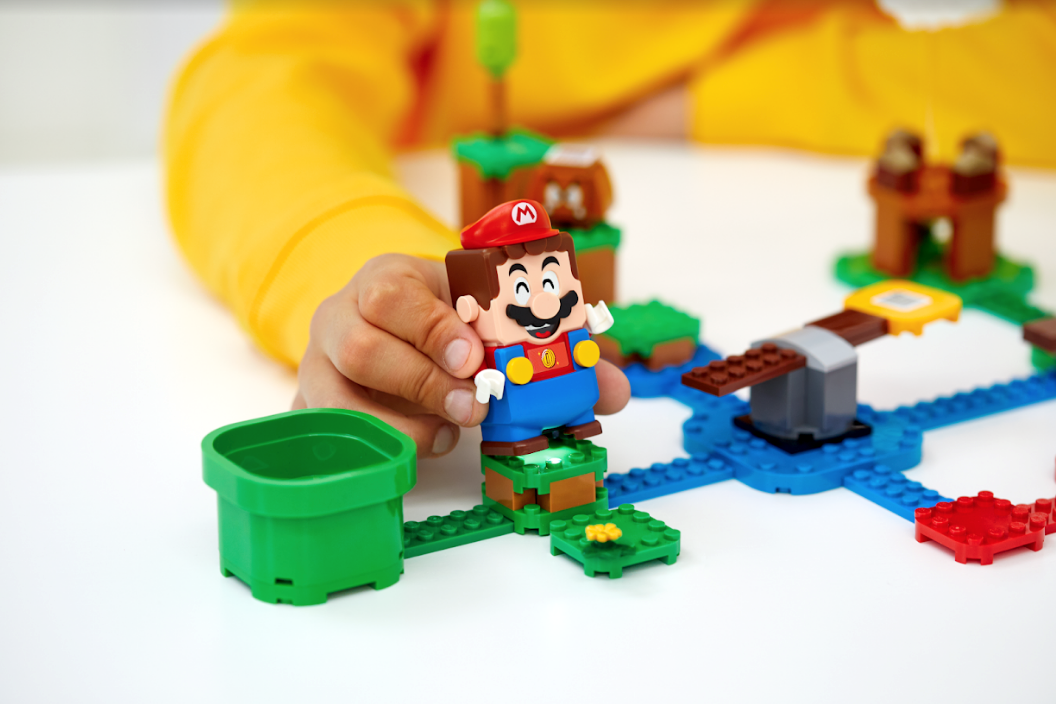 “We were thrilled to see the global reaction to news of LEGO Super Mario,” said Jonathan Bennink, Digital Design Lead on LEGO Super Mario, the LEGO Group. “Fans have been keen to learn more, so I am pleased that today we were able to reveal more details about this exciting new collaboration that has led to a reimagination of the LEGO building experience and an entirely new way to play inspired by the beloved video game icon, Super Mario. We can’t wait to see fans get creative and challenge each other with this highly engaging and social play experience.”

The full LEGO Super Mario assortment will launch 1 August 2020, but fans can now pre-order the LEGO Super Mario Adventures with Mario Starter Course on www.lego.com/supermario-startercourse and from selected retailers nationwide.