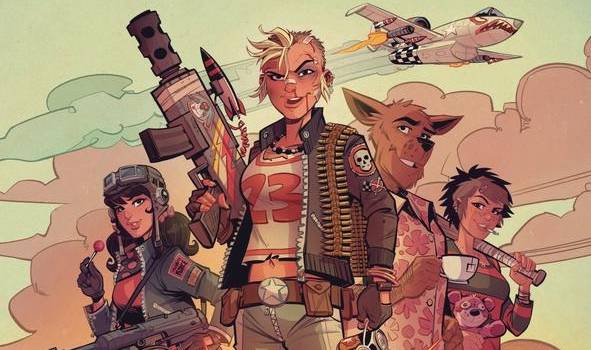 Wow… this beautifully presented hardcover comic from Titan is a true celebration of a pop culture icon, Tank Girl. Tank Girl was also one of the original anti-heroes and came from a time before the anti-hero phenomenon reached its heights in the 90’s. As a result, Tank Girl challenged the status quo of society and even 30-years later, the character is just as relevant as it was way back in 1998, maybe even more so. 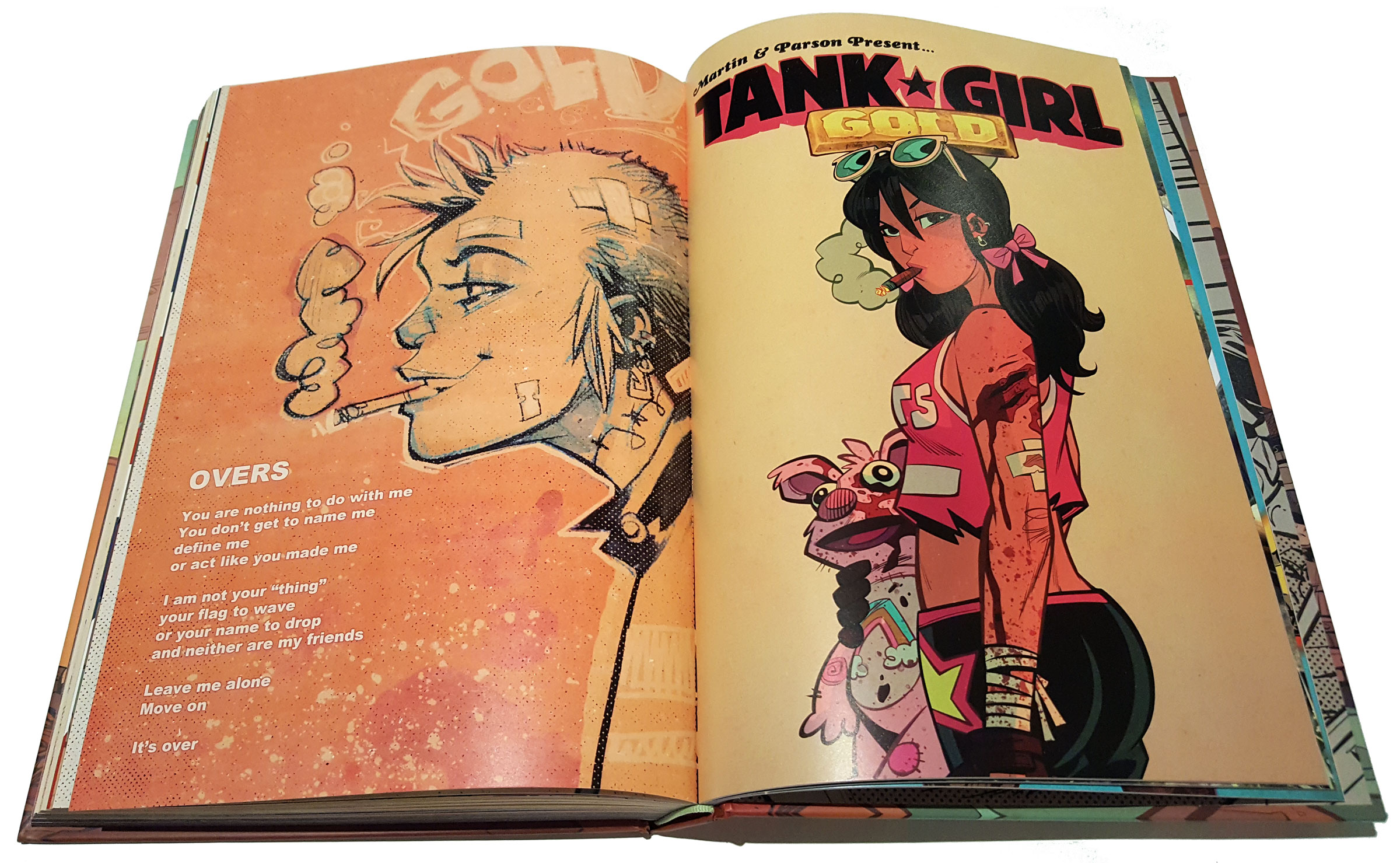 So as you guessed 2018 is the 30th birthday of this character and what better way to celebrate, then with THE LEGEND OF TANK GIRL 30TH ANNIVERSARY COLLECTION which brings together Tank Girl co-creator Alan Martin and artist Brett Parson. This hardcover comic also contains the graphic novel trilogy from 2016-2017 that includes Two Girls One Tank, Tank Girl Gold and World War Tank Girl. 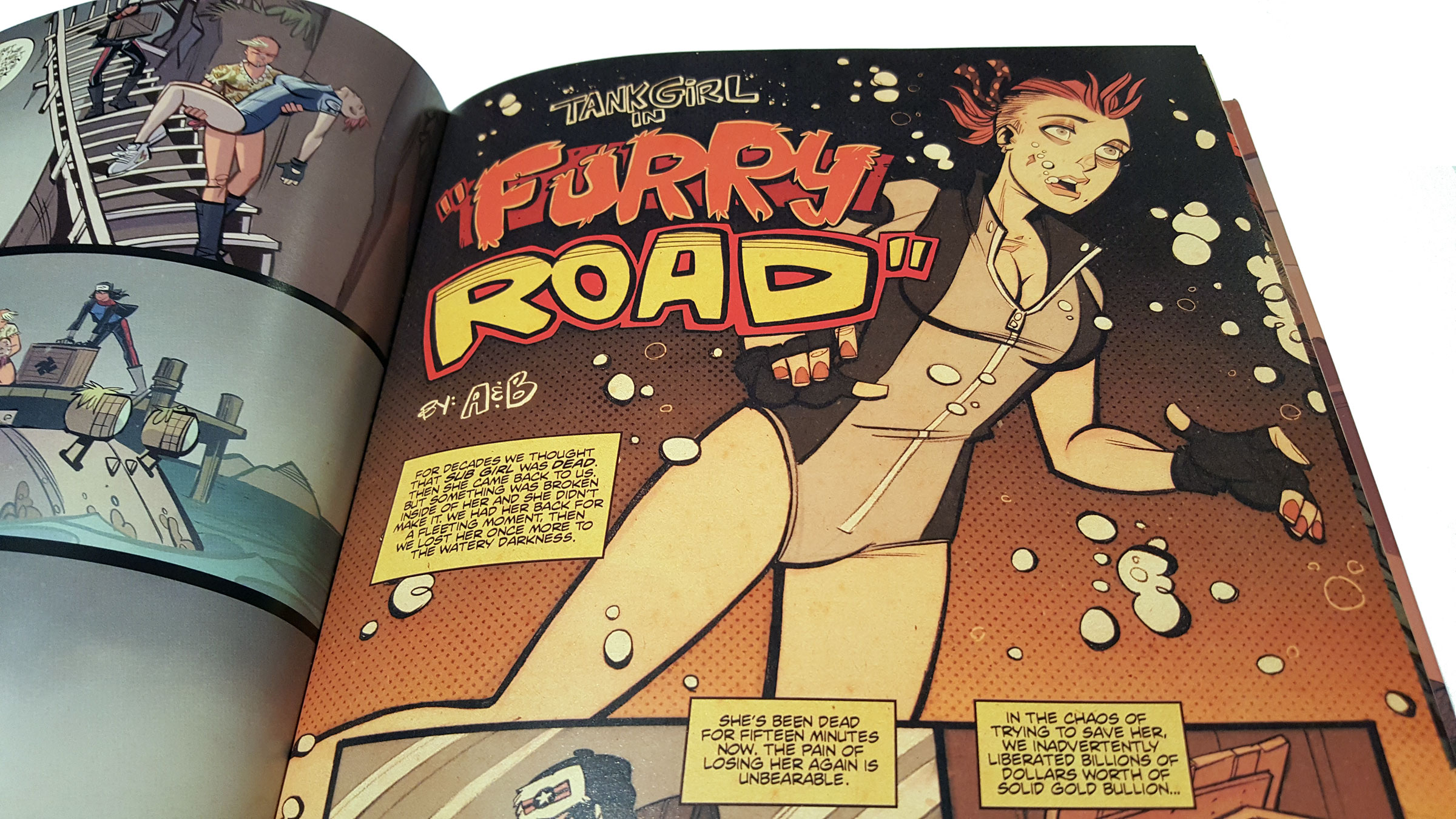 As a fan of this character, Martin and Parson create a fun yet modern take on Tank Girl that thankfully pays homage to the original stories, even though some characters who “died” (aka Sub Girl) have returned. So while Tank Girl is totally over the top, there’s plenty of violence, crazy villains and crazy anti-heroes as you’re taken on a truly wild tank ride. Adding to this celebration are guest artist covers, unseen artwork, and character and vehicle sketches which is all Tank Girl excellence. 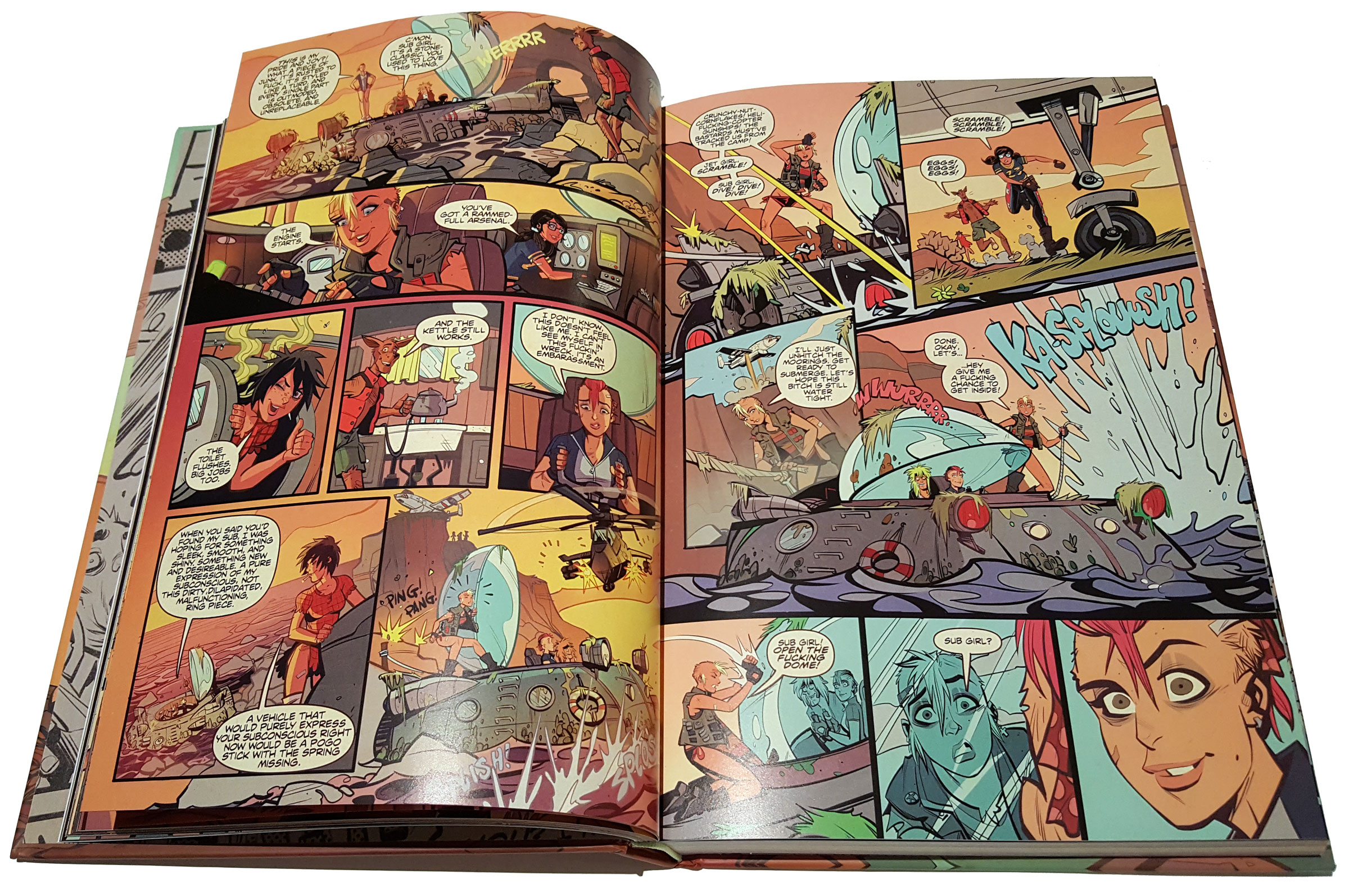 The story starts with Tank Girl, Booga and Barney realising that our favourite girl’s tank is missing and to make matters worse, art dealer Magnolia Jones has come across this legendary vehicle. This causes something to ‘break’ inside Magnolia Jones as she purposely turns into Tank Girl by shaving her hair and then dressing in the same manner which eventually leads to a spectacular confrontation with the real Tank Girl herself. 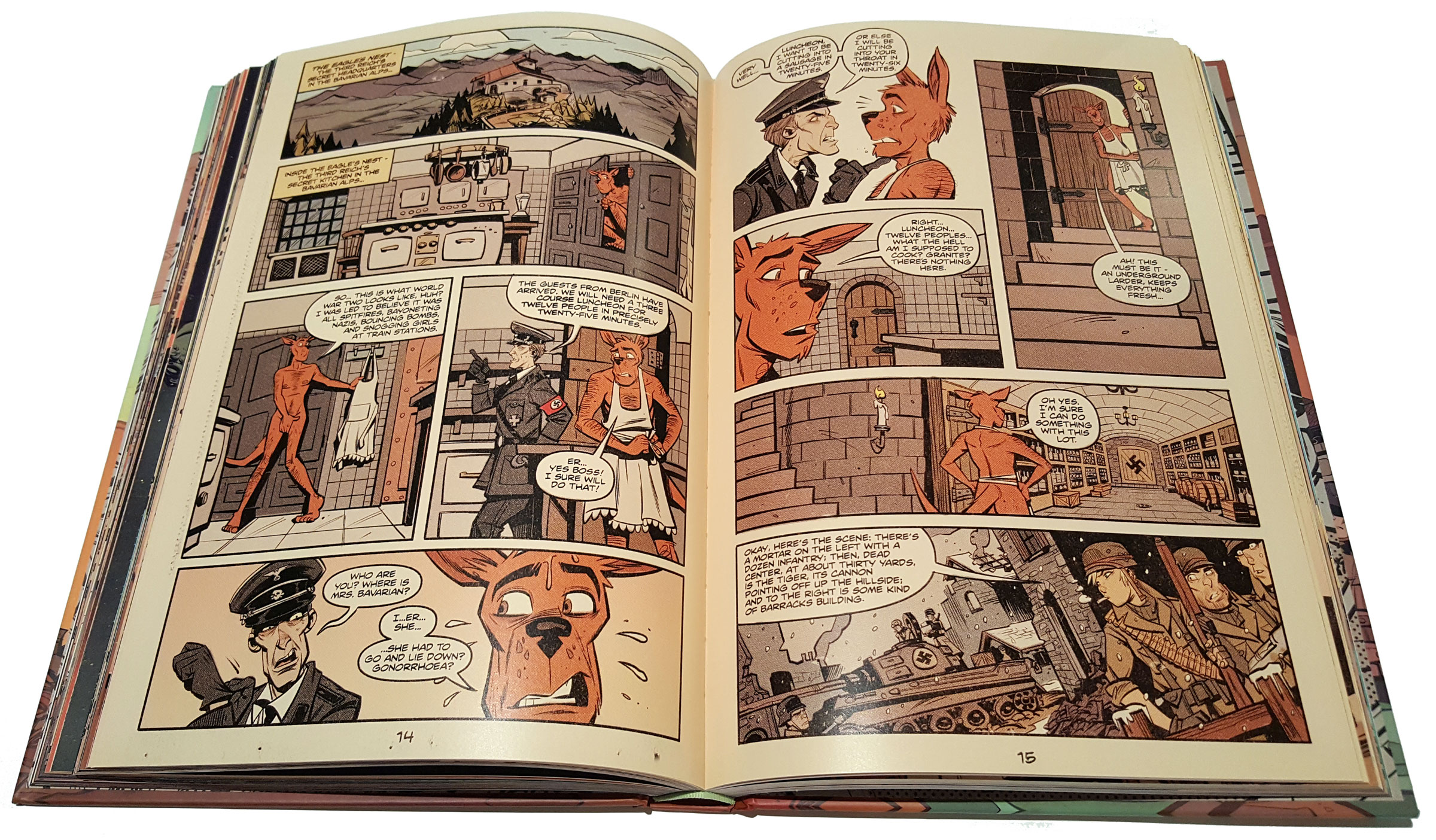 The story also goes into detail about how Sub Girl is alive and needless to say, it’s quite an amusing journey from start to finish which is oozing with Tank Girl craziness. However this craziness peaks when Tank Girl goes back in time in order to take on the Third Reich that really takes this comic to a whole new level and more importantly, thoroughly enjoyable at the same time. Although the dialogue is a little cliched at times, including some that may offend, it actually works, especially when matched with the truly delightful art of Brett Parsons who captures this character well, not to mention the emotions due to their great facials. His art is also quite dynamic and his action scenes are to die for. 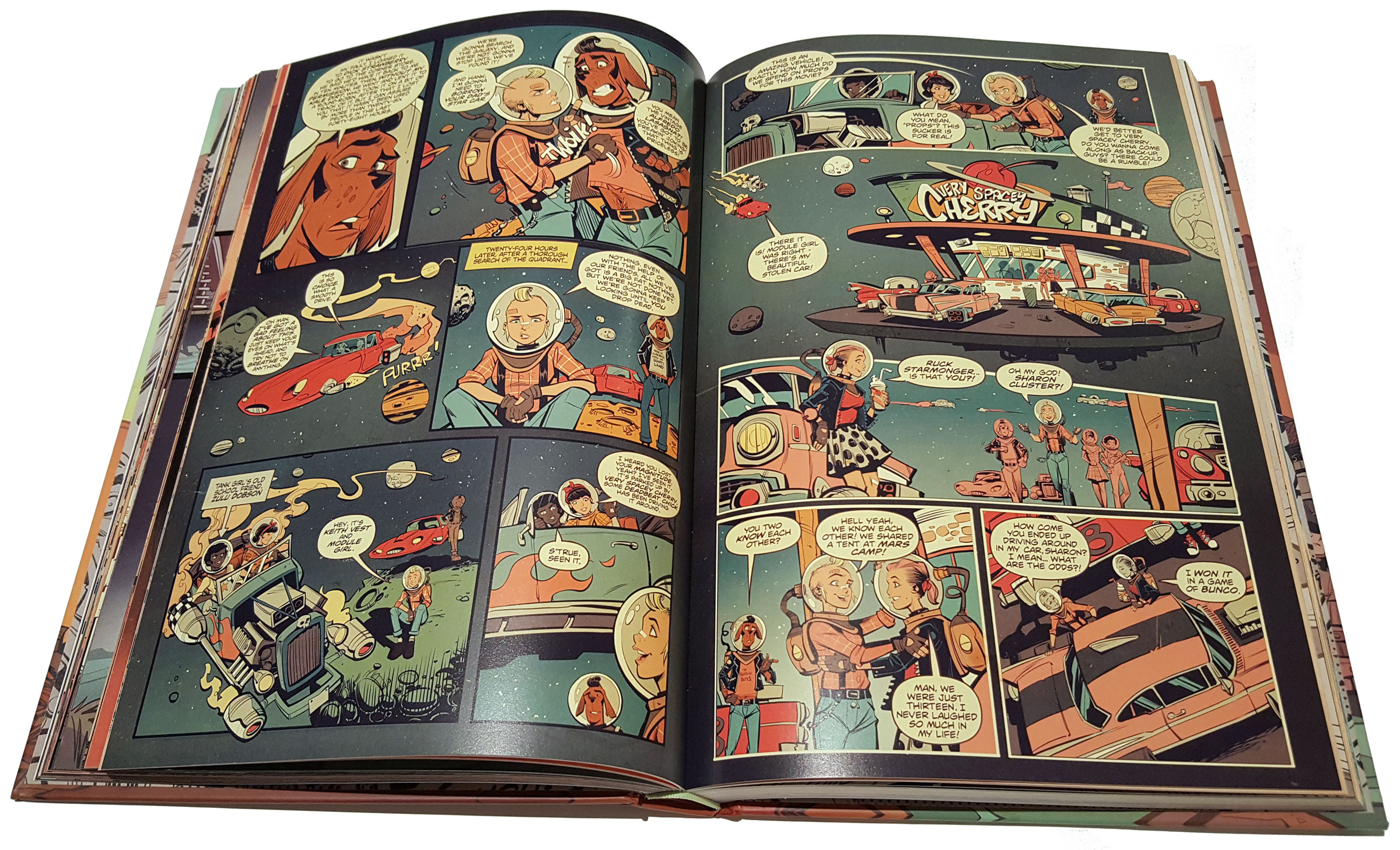 All in all, a beautifully presented book from Titan that makes THE LEGEND OF TANK GIRL 30TH ANNIVERSARY COLLECTION a must have comic! 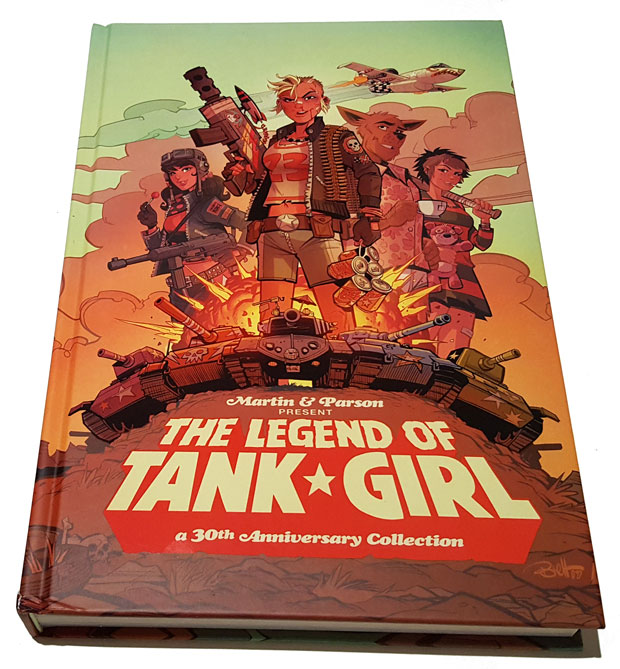