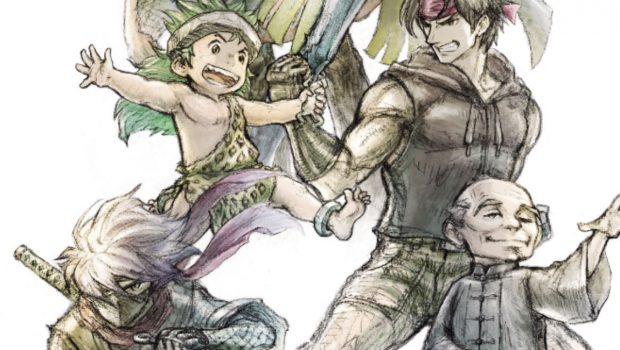 Many heroes, many stories, many lives to live! Discover a series of interwoven tales stretching throughout time in LIVE A LIVE, launching this week for Nintendo Switch. Originally only released in Japan for the Super Famicom, LIVE A LIVE on Nintendo Switch brings the game to Europe for the first time, remade in the same stunning HD-2D graphical style used in TRIANGLE STRATEGY and OCTOPATH TRAVELER.

LIVE A LIVE features multiple distinct chapters, each set in a different time period, with its own unique story, characters, locations and gameplay mechanics. You can tailor your adventure by deciding which order to tackle the chapters in; whether you’d rather start in the Wild West as a wanderer with a bounty on his head, or in the Twilight of Edo Japan as a shinobi on a secret mission – to name but two examples – the choice is yours. The game’s turn-based combat system also varies from chapter to chapter, with each character bringing a distinct set of abilities that change the gameplay as you progress through each era.

Experience a unique chapter in RPG history with LIVE A LIVE, launching for Nintendo Switch this week. Originally only released on the Super Famicom in Japan, LIVE A LIVE features a varied cast of characters across multiple interwoven chapters, and has been remade for Nintendo Switch with a stylish HD-2D makeover and a rearranged version of the original soundtrack.