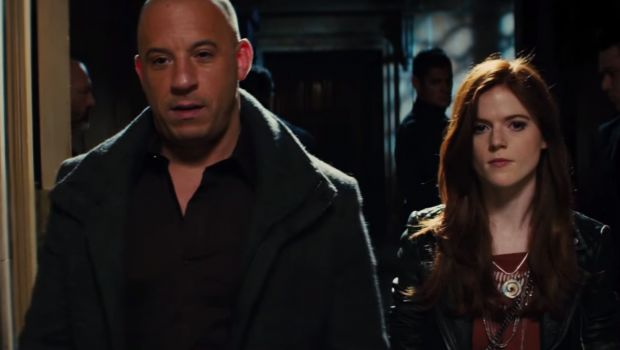 Someone in Hollywood decided that slaying witches was a strong financial investment and one that befitted the current day Christian and conservative ideologue of the film industry. Christianity’s influence in Hollywood and subsequent right-wing values have resonated with audiences in the various superhero films and major franchises like Twilight. A film franchise about a battle between the Church and witches, drawing from a dark chapter of Christian-American history, would surely have tapped into the conservative dialogue and consequently developed a popular fanbase. Adding Vin Diesel to the leading role would also seem like a recipe for success given the popularity of his Fast and Furious franchise and his voice work in Guardians of the Galaxy. His confidence in this very silly mixture of action, horror and magic was evident in his choice to become one of the film’s executive producers.

While Hollywood’s bean counters worked overtime to calculate a formula of political, financial and perhaps even artistic success, The Last Witch Hunter had a dismal time at the US box office. It has, so far, failed to return half of its $70 million dollar budget. We often scoff at how mediocrity relishes the box office but maybe quality was a factor this time and one that overrode the special effects and star power. After all, this film also features Michael Caine and Elijah Wood, both of whom have contributed to the haulings of major franchises with Batman and The Lord of the Rings, respectively. While acting as an executive producer, Diesel’s call to hire Breck Eisner to direct the film is one that’s backfired. This is Eisner’s first film in five years since The Crazies (2010) and even longer since the action-comedy Sahara (2004). He doesn’t bring tension to the proceedings, nor does he frame action pieces, like the opening ambush scene, in a clear or exciting manner, free of muddiness and confusion. Previously, Russian filmmaker Timur Bekmambetov, famous for the Night Watch and Day Watch films before he went to Hollywood, was attached to direct the film. 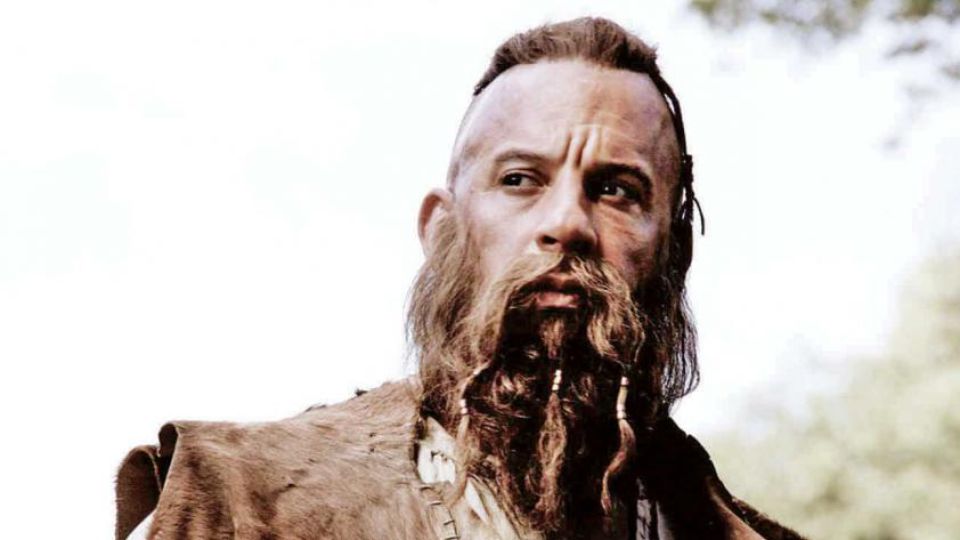 The distinction, flavour or general weirdness Bekmambetov might have brought would have been most welcome. The film’s lore and plotting are stale, with the protagonist said to be inspired by Vin Diesel’s love of the game Dungeons and Dragons, which he’s played for twenty years. This adolescence is perpetuated by the film’s derivative attempts to mirror similarly trash franchises like the dreaded Underworld vampire series. Like Underworld, ancient mythology is juxtaposed with the modern world. The latter is at the forefront here because this is not a medieval story. It merely starts in that time period with Kaulder (Diesel) and his fellow warriors tracking the Witch Queen down in her lair. The moment Kaulder believes he’s defeated her, she curses him so he’ll live forever. The story forwards to the present day New York, where the film is almost entirely placed, thereby reducing the necessity for elaborate ancient sets and costumes. Kaulder is still a witch hunter but is now living in the city during a truce period between the witches and the Axe and Cross group, whose council who is essentially the Vatican and opting to imprison witches in an underground cave after they’ve sentenced them. Kaulder’s mentor is the priest Dolan 36th (Michael Caine), who advises him to find some company in his life. Dolan 36th dies after declaring his retirement and Kaulder enlists the help of Dolan 37th (Elijah Wood) and a witch named Chloe (Rose Leslie), who runs a bar, to investigate the mystery of his death. 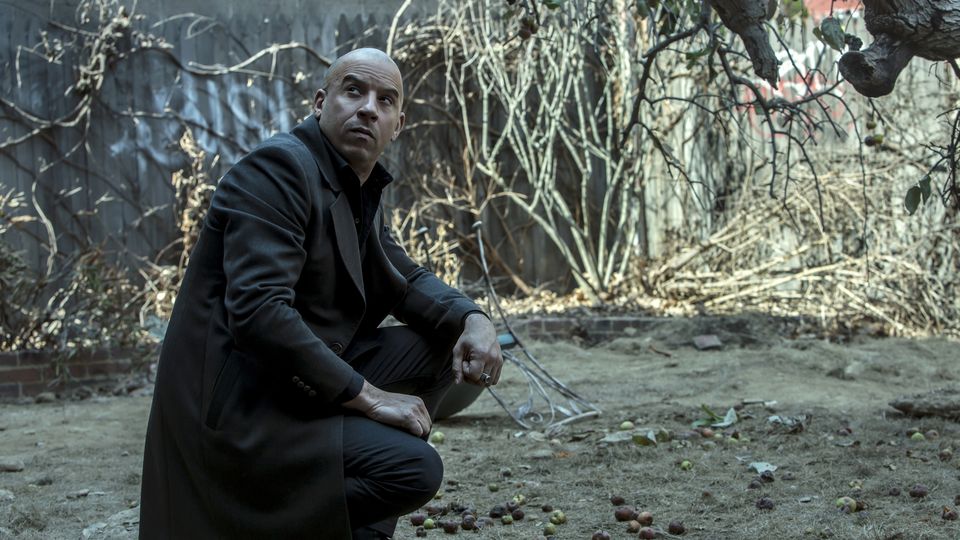 A mild diversion, one of the few drawn from the film, is considering whether it is brutal against witches or not. In an interesting line of dialogue, the only one that resonates in the weak script, is when Kaulder says that the Salem witch trials were “a mistake and those women were innocent”. However, it’s not much of a spoiler to say that his showdown will be with an old foe, meaning whether or not its progressive is really a moot point. Other lines like “I promise I’ll find who did this and break the curse!” are straight out of a generic screenwriting template. It’s also cringing to see the ageless Michael Caine working with material far beneath him, as he spouts lines about the witch prison or reassuring Kaulder that he’s defeated his enemy once and he can do it again! Much of the dialogue is flat because Vin Diesel’s baritone voice scrapes each one out and shows no emotional range. He’s not as fun or as comically snarky as a comparable actor like Bruce Willis either. He regularly plays men that are anti-heroes but his one-dimensional character, with a dead family of course, isn’t embedded into a story with any tension or surprises. It’s terribly predictable and derivative and can’t even keep track of its main players as it becomes muddled by fantasy flashback trance scenes when Chloe uses her powers to help Kauldel discover what happened in his past. Michael Caine’s character only features at the beginning and end of the film and 37 is forgotten for a long stretch, only to return at the end with a ridiculous and underdeveloped twist, shoehorned in between the superfluous special effects. What else needs to be said? Maybe these flaws are proof that audiences are, we can hope, becoming better at sniffing out a fizzer and refusing to encourage mediocrity.

Summary: Maybe the flaws are proof that audiences are, we can hope, becoming better at sniffing out a fizzer and refusing to encourage mediocrity.