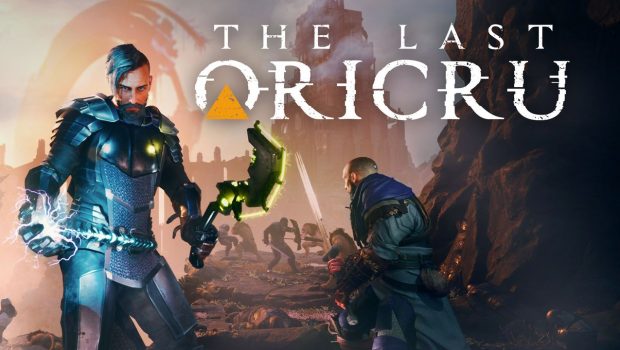 Summary: The Last Oricru is a cynical attempt at a Dark Souls successor. So many aspects of the game fall short to capture the same thrills within the series and its other imitators. With unsatisfying gameplay, a cliche-ridden story, and poor graphics, The Last Oricru is a difficult game to recommend.

“Soulsbourne” is a genre that I would call vast as an ocean, but as deep as a puddle. When Dark Souls was released in 2011, it shook everyone’s expectations of what a good action RPG could look like, and how challenging, yet fair gameplay could be presented in a modern gaming world.

Since then countless studios have attempted to put their own spin on the title, with many meeting a middling success. For every Nioh we see, we also get mediocre entries like The Surge or Lords of The Fallen.

But then you get a special case of a game that is just beyond baffling. Yes, The Surge and Lords Of The Fallen were average attempts at a soulsbourne type game, however, they at least delivered on combat and interesting boss design. None of these redeeming features can be found in The Last Oricru. 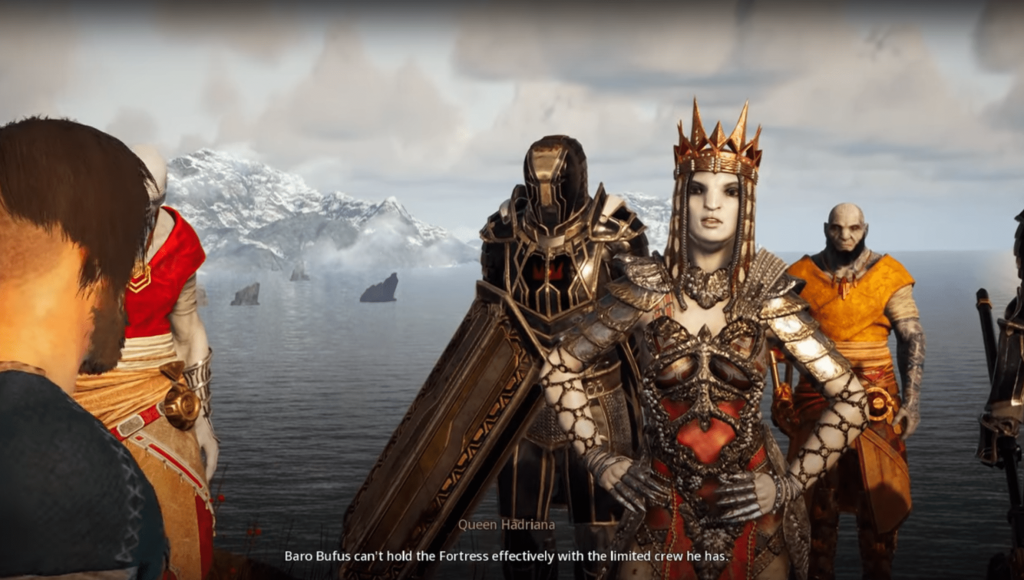 The Last Oricru is a soulsbourne type game developed by GoldKnights. You play as Silver, someone who was frozen for hundreds of years and has woken up to a civil war breaking out between two factions; the Noboru, the Ratkin and the Broken Army. As a human, you have the power of wearing a magical glowing belt that grants you immortality. This makes the warring races take interest in you, as they attempt to recruit you to their cause.

The game takes place within a world that is blends both sci-fi and medieval. This setting is realised fairly well with interesting designs for the races and the environments that definitely felt diverse enough, if not a little cliche. Regardless, I appreciated the effort the designers put into this aspect of the game, as it clearly had a lot of passion and care behind it.

That’s pretty much where my praise for the game ends sadly. A lot of this game feels as though it is drastically unfinished, everything feels like a first draft without polish. The story is very basic and lacks imagination, with so many tropes and cliches it felt like an AI wrote the story at times. A key mechanic of the game is its faction system.

The way it’s executed in the game reminded me a ton of Witcher 2 where you would have to decide between the elves or the humans, and which alignment you would choose in certain events would impact which NPCs would turn up later in the game, and other key story decisions. Similarly, in The Last Oricru, certain paths will be locked out if you choose one side over another, meaning you could potentially decide to go back and try another route if you really wanted to. 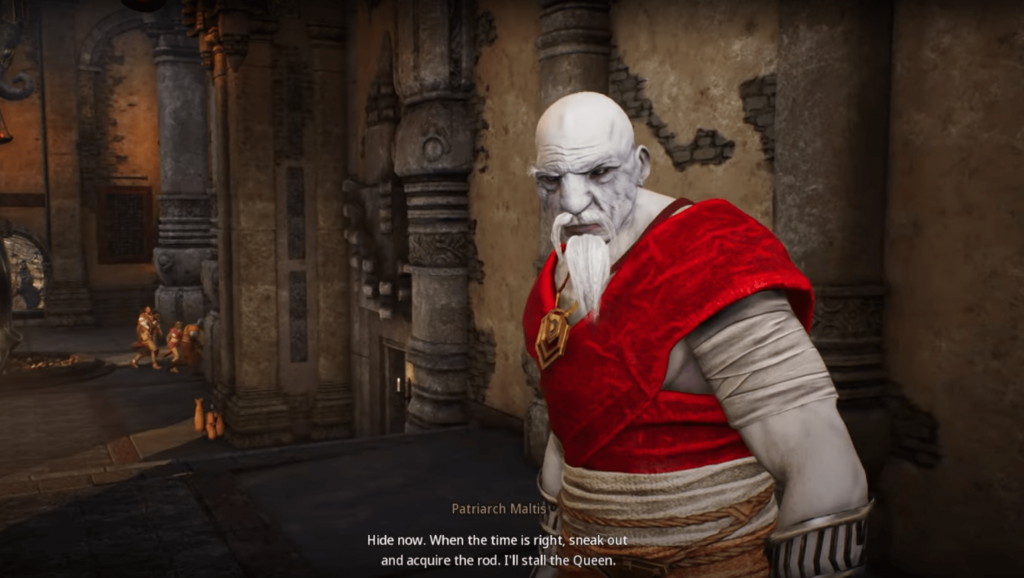 A bland narrative could be forgiven if there were some memorable characters, however, none of the characters within the game are particularly compelling. Most of the dialogue within the game is simply exposition dumps to push you towards the next objective in the game, which is to do someone’s dirty work for them. It felt really hard to get invested in the world and its conflict, one that promises all sides to have compelling arguments but falls into cliche black-and-white pitfalls.

I could overlook this normally, however on release, the game was so poorly optimised I couldn’t launch the game with a build slightly above its minimum PC requirements. I had to play the game on my girlfriend’s build, specifically built for 3D animation to even get it to load out of Steam. When I saw that the game looked worse than Assassins Creed: Unity, I was beyond baffled as to how such an outdated and simple-looking game was demanding mid-high-tier PC builds. 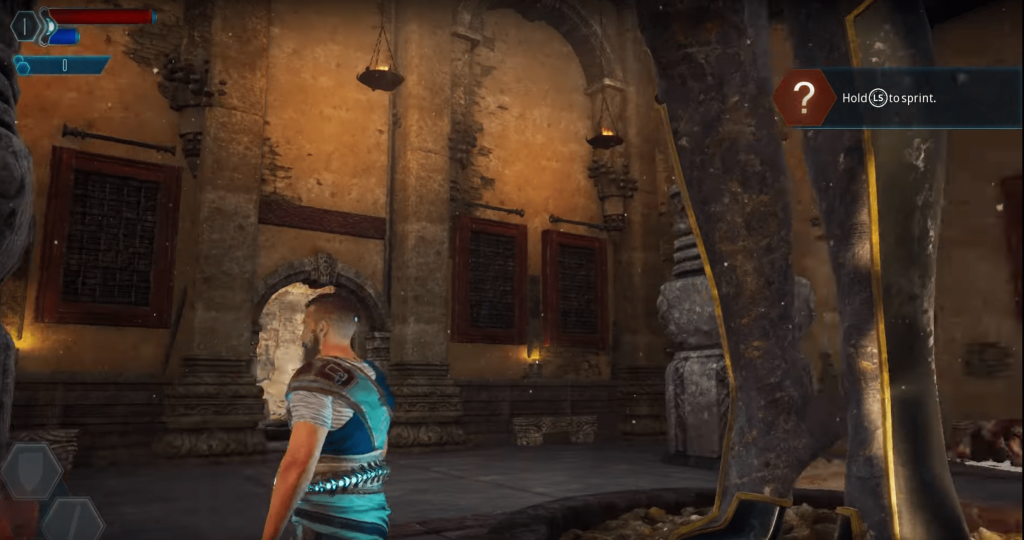 The combat and overworld also look like something out of a mobile game. Everything about the UI of this game screams prebuild and poor stock assets. Health bars and targeting look really amateur, and the menus look painfully flat and uninteresting. Not only do they look like stock assets, but they’re also scaled to a size larger than they need to be. If you manage to find some beauty in some of the level designs, it’s cut short by the UI cluttering the screen in combat. 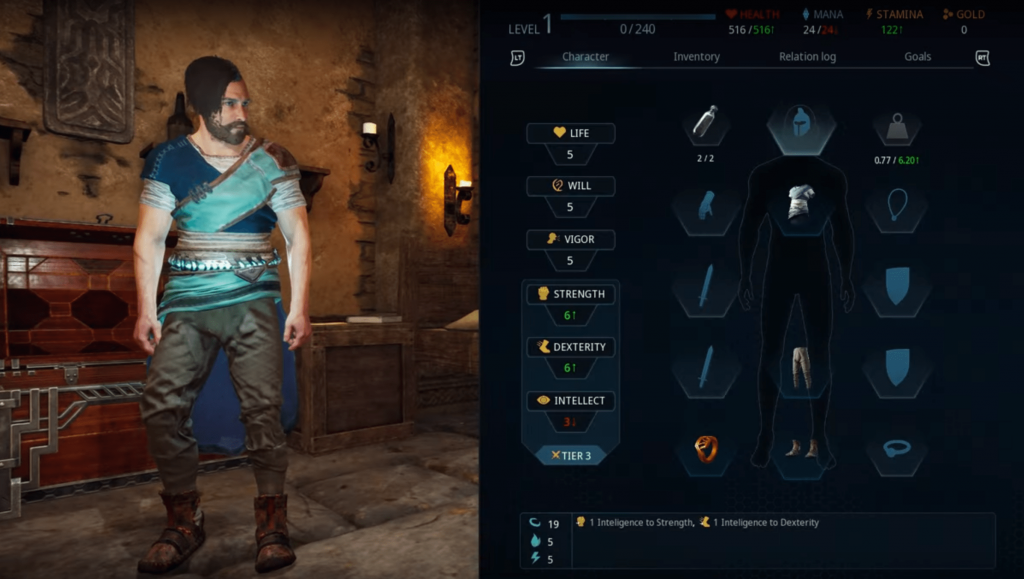 But the most important thing about a soulsborne game is its combat. Unfortunately, I can’t say anything too nice about combat here either. While at times it does feel fun mowing down enemies, I couldn’t help but feel something was off. Looking at other playthroughs I realised that the biggest issue I had was that your weapons noticeably don’t hit enemies with any weight behind them.

This is to say, hitting enemies feels like cutting air. There’s no contact or response from damaging enemies. No amination cancels, no poise, nothing. They just stand there and take the hits with no reaction, making combat feel really bland and unsatisfying.

For a soulsborne as well, this game is incredibly easy. The enemy AI might be bugged as enemies often would attack in the wrong direction, and their attacks have such a long wind-up time anyway. These attacks would be so obviously telegraphed, there was no incentive to dodge as you could mow down the enemy by the time they were finished charging their attack. 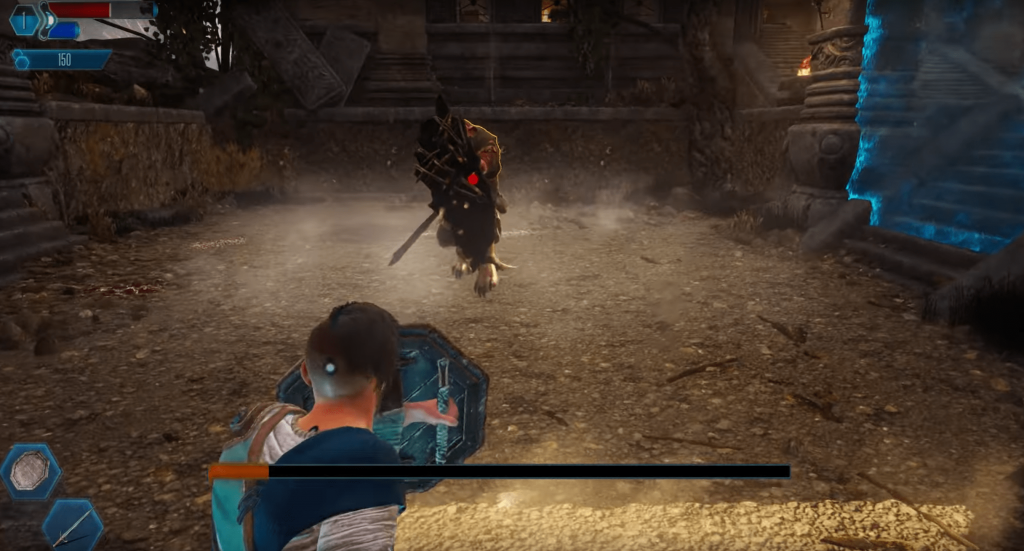 Every soulsborne needs a gimmick to stand out in an ever-crowded market. For The Last Oricru, it’s split-screen co-op. I found however this mechanic didn’t really alter the game in any meaningful way. Enemies only get easier when playing with another person, and the game definitely does not feel balanced around this mechanic. Just like almost everything with The Last Oricru, it feels tacked on.

What bothers me most about The Last Oricru is that it’s so close to being a decent game, but unfortunately falls short in so many aspects. I would be really interested to see the developers put more life into this game over time and continue to add content patches to it as there is a foundation there to turn this into a good game. At the very least, I hope their next game learns from the mistakes of this one. 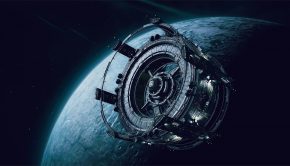