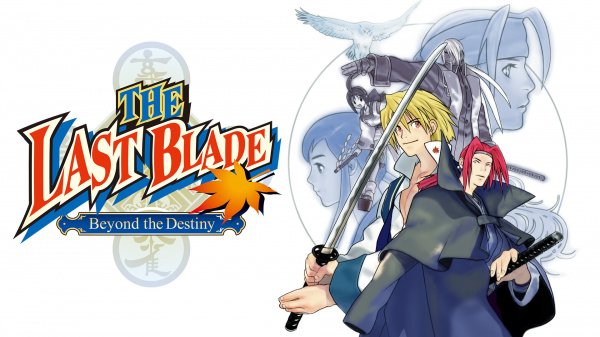 The Last Blade: Beyond the Destiny

Summary: Like most SNK games The Last Blade is a Series mainly focused on the Fighting Genre this was also the first time this series had made it onto a handheld device. Though not one of SNK’s most popular franchises this game was deemed significant enough to be added to the Neo Geo Pocket Selection on the Nintendo Eshop for use on the Nintendo Switch.

The Last Blade: Beyond the Destiny or in Japan “Romance of the Bakumatsu Special: Swordsman of the Moonlight – On the Moon a Flower Blooming, a Petal Falling” was a Neo Geo Pocket Color game released in March 2000 in Japan and the US. This was an adaptation of The Last Blade 1 and 2 both of which were released in Arcades and on the Neo Geo and Neo Geo CD in 1997 and 1998.

Like most SNK games The Last Blade is a Series mainly focused on the Fighting Genre this was also the first time this series had made it onto a handheld device. Though not one of SNK’s most popular franchises this game was deemed significant enough to be added to the Neo Geo Pocket Selection on the Nintendo Eshop for use on the Nintendo Switch. 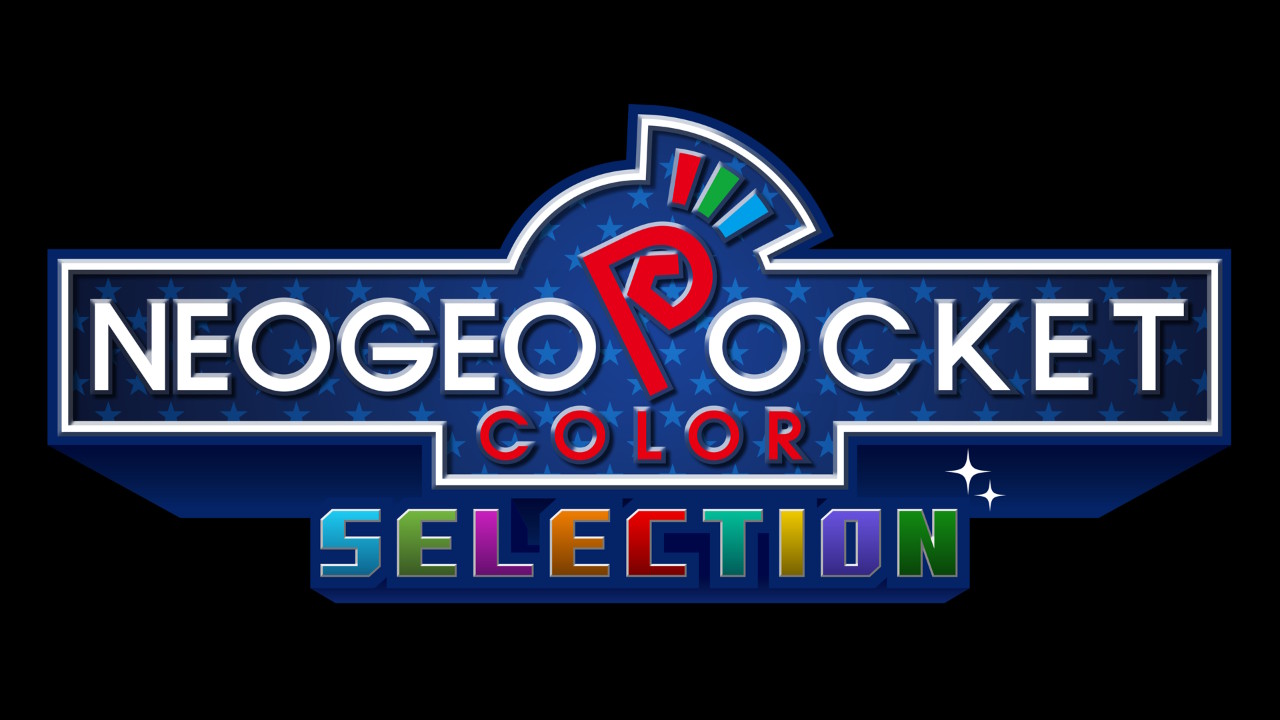 When you first boot up the game you are greeted with a scale down version of the original Neo Geo Pocket Color, immediately on the bottom left of your screen you are given a series of options which includes a zoom in feature which will of course make the game screen larger whilst decreasing the amount of the Handhelds skin overlay which is visible. You can also decide on a filter between Original and Clean. Finally you have the option of the Neo Geo Pocket Color overlay you want to use. Whilst the last one does not affect the gameplay in any way it is still a nice feature for Neo Geo fans to have and shows the extra care that SNK have put into this release. 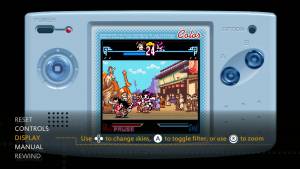 The gameplay is very much your standard fare for a fighting game, you have a selection of characters each with their own unique fighting style and special moves. Obviously as this is a Handheld release you only have two action buttons which can make the special moves especially hard to complete. As I have never played The Last Blade games before I did have use the scanned colour manual that is added to the release, I was surprised by its inclusion as it is very rare to see scanned manuals on these types of releases which again shows the care and quality that SNK wanted to show.

Once into a fight you will find you have two health bars that need to be drained before you are declared the winner. This will be done between 2-3 rounds once an opponent is defeated you will move onto the next one. Accompanying a victory is a points total, this can be used to unlock more hidden characters, endings and Mini Games. SNK really did cram a lot into this game and especially for a handheld game on a more obscure handheld.

In terms of the characters I found there to be a reasonable balance between them each with their own style and gameplay opportunities. The difficulty curve does ramp up after the second win and you will find especially if you are not a fighting game fanatic that you will have to restart quite a few times before you hit the zone.

One of the biggest complaints people have and have had about handheld Fighting games and even more so Retro Fighting games is the stiff animations of the characters. This is seen on the Gameboy, Atari Lynx and Sega Game Gear. Thankfully this game has managed to too keep a fluid art style whilst also giving the characters a Chibi look to add to the charm.

Overall The Last Blade: Beyond Destiny is a solid title for a retro handheld fighting game, I do not believe this release will be very popular with the general public but for the Retro Gaming community and Neo Geo fans this will be exactly what you are looking for.
Also with plenty to unlock there will be plenty of replayability to this game which makes it a slightly more interesting prospect than your standard fighting game fair.