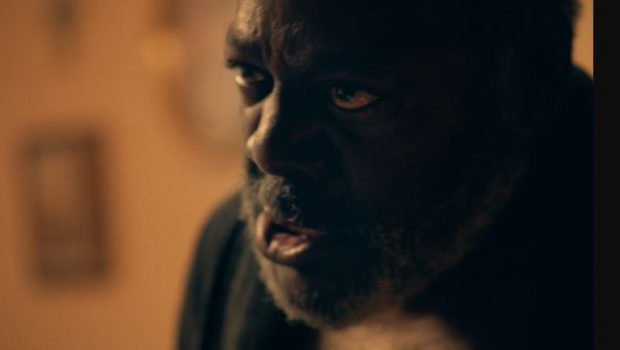 The independent film The Killing of Kenneth Chamberlain is a visceral and affecting experience. The drama is based on the true story of an African American man murdered by the NYPD in his own apartment. It opens with Chamberlain Sr (played brilliantly by The Wire’s Frankie Faison) asleep in bed. An alarm accidently triggers on the retired Marine’s LifeAid medical necklace. Consequently, an operator dispatches police to Chamberlain’s apartment for an emergency health check-up. Confused by the cops’ arrival and fearing death, Chamberlain repeatedly tells them he is fine and refuses to unlock his apartment’s steel door.

On the other side are three policemen. Rossi (Enrico Natale) is a sympathetic newcomer who used to be a schoolteacher. The other two men are intent on forcing Chamberlain to open his door so they can search his room. Sergeant Parks (Empire’s Steve O’Connell) attempts to justify their intrusion with several excuses. If Chamberlain suffers a heart attack and dies, they claim they will be punished. They listen to Chamberlain talking to the operator and argue someone else is in the room. The edgiest cop, Officer Jackson (Ben Marten), suggests there might be a prostitute’s body inside. Tension climbs as Chamberlain refuses to comply. The neighbours and Chamberlain’s niece (Angela Peel) grow agitated when seeing how badly the police handle the unrest.

The film is a chamber piece and a brilliant exercise in minimalist filmmaking. At roughly seventy-five minutes, it employs one location, opposite sides of an apartment door, to dramatise the battle of wills. What provides this initial setup with dramatic potency is Frankie Faison’s conviction as the fragile veteran. He strongly captures Chamberlain’s physical decline as he stumbles around his room in a cold sweat rambling to himself. His confusion makes him sympathetic even as he brands a small knife in self-defence. The filmmaking around the actor is equally strong. The raw, stripped back aesthetic and glossless mood amplifies the realism and tension.

Director David Midell frequently shoots Faison in tight close-up shots. The narrow spatiality proves integral in crafting key moments of subjective cinema. For example, the close-ups are paired with overlapping sound effects. Seeing the distress on his face, coupled with a ringing sound in his ears, the operator’s voice, and the police shouting, shows how sound and images clash to highlight his disorientation and the collective social pressures. Through these filmic techniques, Midell ensures Chamberlain brims with unbearable tension and a sense of dread. We know the tragic outcome from the title but reaching the climax remains harrowing. 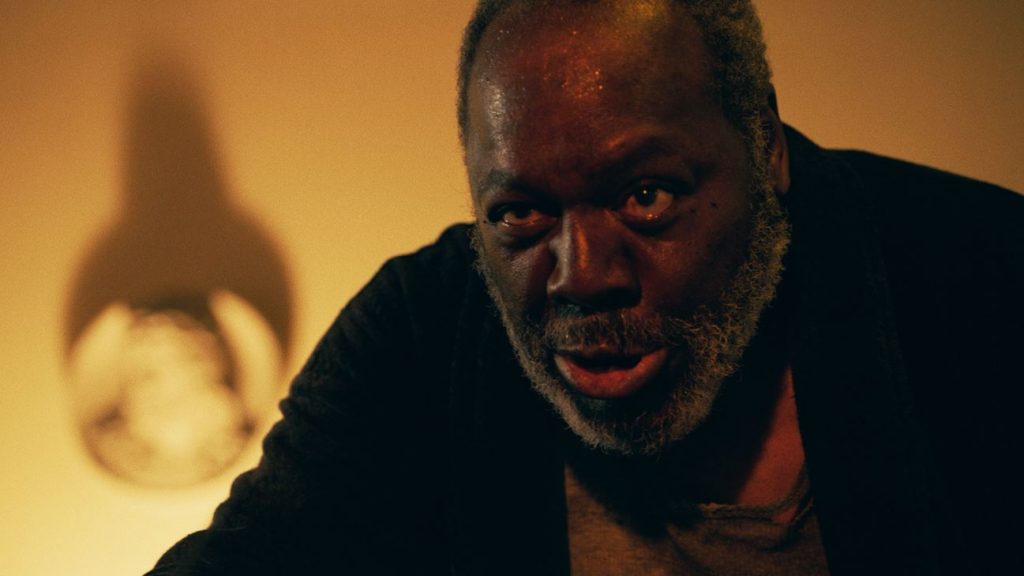 Similarly, Midell keeps the lighting in the hallway and the apartment low-key. The muted, often muddy colour grading dilutes any trace of Hollywood gloss. The colour palette heightens the realism of the social conditions and Chamberlain’s desire for anonymity. Furthermore, a broader thematic idea emerges from these stylistic choices. Containing the film to one space illustrates the impossible social dilemma people of colour here in Australia and the US face when targeted by racist law enforcement. It reflects the bind between an innocent person becoming passive to abusive figures of power or resisting them and facing brutal consequences.

Another striking asset is the volume of personal conflict drawn from a minor incident. Rather than simply calling an ambulance, the police continue bullying Chamberlain to open his door. When he refuses and repeatedly assures them of his wellbeing, they order reinforcements and resources to break down his door. What emerges from a small incident is a powerful struggle where white cops allow their machismo and racism to determine their actions. One of the police declares, ‘if you knocked on any door in this building, you would find someone doing something illegal’. The line brilliantly underlines his prejudices as his defining motive. Though finding subtleties between ‘good’ and ‘bad’ police is occasionally a difficult feat for this otherwise accomplished film. 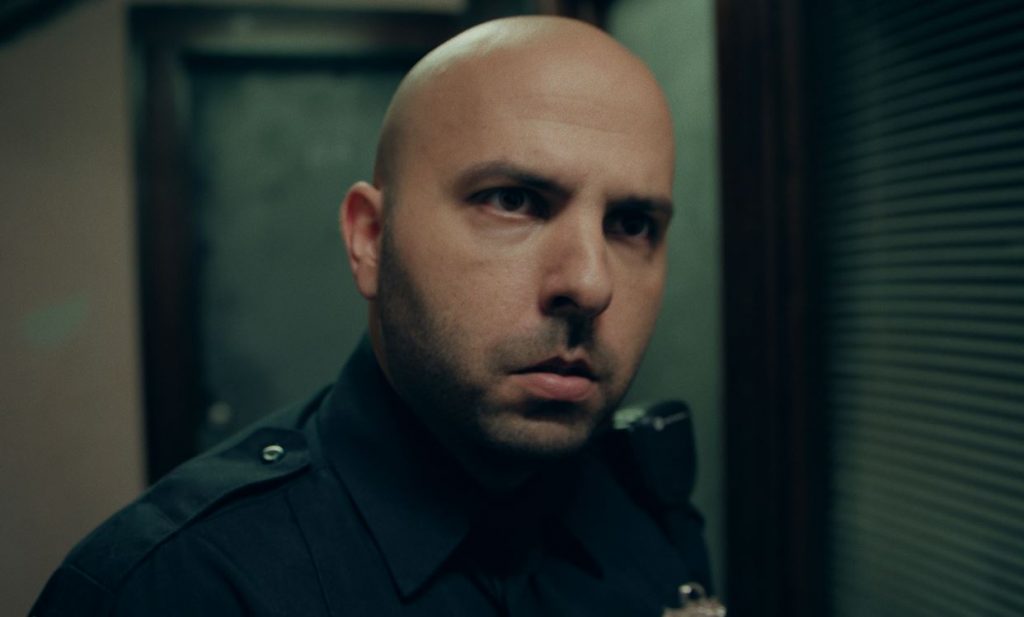 Nonetheless, realism is unearthed by showing how ill-prepared and tactless the police are in handling small personal conflicts. The situation results in more than half a dozen officers using sledgehammers to slowly break down the door. Frustration between the police themselves soon mounts. The cop scenes might have lagged if they were all insufferable. Instead, personal conflict builds between Rossi attempting to find civility and the pumped-up machismo of his superiors who turn on him. Arguably, the most affecting scene is when Rossi stands outside Chamberlain’s window only for the act of empathy to unexpectedly collapse.

As the heat between the officers themselves boils, Midell visualises their aggression through sophisticated editing techniques. The cuts between both sides of the door shorten. It is as though the use of quick cuts personifies the men’s impulsive nature, which is brought upon by frustration, aggression, and power. Undoubtedly the cops’ persistence and refusal to politely stand down resulted from being challenged by a sixty-eight-year-old black man with a heart problem. While there are cinematic techniques used to dramatise this conflict, what unfolds is true. We know this because the audio Chamberlain recorded before his death plays over the end credits. Chillingly, it includes a racial slur one of the cops used before murdering him. 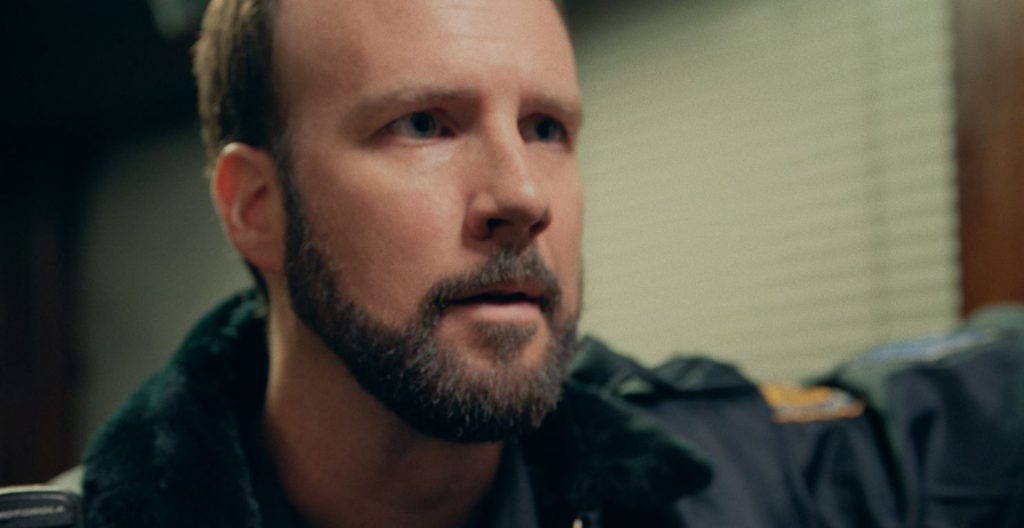 Chamberlain’s subject matter remains timely and difficult because of the number of innocent black people murdered by the police in recent years. It recalls the chilling imagery associated with Eric Garner and George Floyd’s deaths. It was also filmed in real time to visualise how a small misunderstanding can escalate and result in the senseless death of someone as harmless and senior as Chamberlain. In other words, the target is always race not one’s age or physicality. Chamberlain’s deep focus on this point is what makes it purposeful and nerve‑shredding. There are no unnecessary flashbacks or mawkish family scenes outside the apartment. The filmmaking is never glossy or sentimental either. Instead, it details how the vulnerable and empowered choose to act throughout a crisis. Within that uncompromised lens, the drama proves topical and powerfully realised.

Summary: The Killing of Kenneth Chamberlain is a visceral and affecting experience.