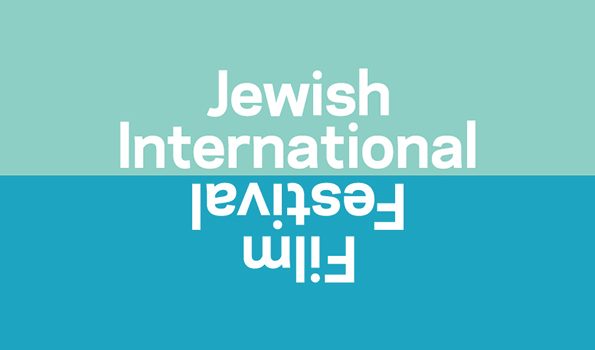 The Jewish International Film Festival returns to Ritz Cinemas, Randwick and Roseville Cinemas! With sensational tales packed with screen luminaries, side-splitting comedies, and stories of iconic Jewish trailblazers and innovators, the Festival will return for another year of spectacular Jewish cinema from around the world.

Featuring 60 films from 23 countries, the Festival builds on almost 30 years of bringing the best of Jewish cinema to Australia, presenting 28 features, 29 documentaries, and full season screenings of three superb TV series to audiences in Sydney, as well as Melbourne, Brisbane, Perth and Canberra. The Festival will also present films by the recipients of the JIFF Short Film Fund; I want to make a film about women and The Mirror.

The Festival has also announced its first Melbourne and Sydney guests for 2019: award-winning Australian documentarian Eve Ash will introduce the Australian premiere of her gripping documentary Man On the Bus, and U.S. filmmaker Alyssa Bolsey will attend screenings of Beyond the Bolex, a fascinating film about her grandfather Jacques Bolsey – inventor of the iconic Bolex camera.

“This year’s Festival celebrates stories of people who have forged new paths – from the groundbreaking sexual therapist Dr Ruth Westheimer and the late actor Anton Yelchin, to innovators like Lea Gottlieb, the designer behind the iconic Gottex bather brand,” said Jewish International Film Festival Artistic Director, Eddie Tamir. “We are also thrilled to present the premieres of three excellent Australian films; a great selection of American indie titles; compelling stories from the Holocaust era; and Jojo Rabbit – one of the strongest films we have ever presented.”

Kicking off the Festival is Ask Dr. Ruth from Primetime Emmy-nominated director Ryan White, the uplifting story of America’s most famous sex therapist. Championed as the Ruth Bader Ginsburg of sex, the film is an inspiring account of how Dr Ruth revolutionised the conversation around sexuality through her uninhibited approach to sex therapy.

The Festival will close with the first Australian screenings of Fox Searchlight Pictures’ Jojo Rabbit, fresh from winning the People’s Choice Award at the Toronto International Film Festival. Drawing on his own Jewish heritage and his experiences growing up surrounded by prejudice, writer-director Taika Waititi (whose mother is Jewish, while his father is Maori) makes a powerful statement against hate in his latest film. This World War II satire follows Jojo, a lonely German boy whose world view is turned upside down when he discovers his single mother (Scarlett Johansson) is hiding a young Jewish girl in their attic. Aided only by his idiotic imaginary friend, Adolf Hitler (Taika Waititi), Jojo must confront his blind nationalism.

Prolific award-winning Australian documentarian Eve Ash (Undercurrent) will attend the Festival to introduce Man on the Bus and engage in audience Q&As. The film follows a series of shocking revelations that completely upend her life, as she investigates her family history through gripping interviews, home movies and archival footage.

Also screening will be Beyond the Bolex, a character-driven documentary with a personal twist about the inventor of the revolutionary Bolex camera, Jacques Bolsey. The film is directed by his great-granddaughter Alyssa Bolsey, who will attend the Festival for a series of Q&A screenings as she delves into her family’s history and unveils the story of her great-grandfather’s legacy.

Other highlights include: Fiddler: A Miracle of Miracles, the origin story behind one of Broadway’s most beloved musicals, Fiddler on the Roof and its cultural impacts; and What She Said: The Art of Pauline Kael, a beautifully-crafted documentary on pioneering female film critic Pauline Kael, featuring interviews with film legends Ridley Scott (Alien) and Quentin Tarantino (Pulp Fiction) and narration from Sarah Jessica Parker; and King Bibi, delving into controversial Israeli Prime Minister Benjamin Netanyahu’s rise to power.

Audiences can catch some of the most exciting films from prestigious film festivals around the globe: Berlinale Golden Bear winner Synonyms, an existential drama about a young man embarking on a quest to erase his Israeli heritage by moving to Paris; satirical rom-com Tel Aviv On Fire, which won Best Actor at the Venice Film Festival, and Best Screenplay at the Ophirs – the Israeli Oscars; and Those Who Remained, Hungary’s submission for Best International Feature Film at the Oscars.

Primetime Emmy Award winner Martin Freeman (The Hobbit franchise) stars alongside Diane Kruger (Inglourious Basterds) in gripping spy thriller The Operative; The Tobacconist features the late veteran Swiss actor Bruno Ganz (Downfall) in his final role, playing Sigmund Freud in a story about a young man’s unlikely friendship with the world’s most famous psychologist; and Oscar nominee Clive Owen (Children of Men) and Tim Roth (Reservoir Dogs) star in sweeping historical drama The Song of Names, about a man’s search for his childhood best friend – a Polish violin prodigy orphaned in the Holocaust.

Not to be missed is Marianne & Leonard, focussing on the early years of great singer/poet Leonard Cohen; and Love, Antosha, a moving tribute to actor Anton Yelchin (Star Trek), whose career had only begun to take off when he tragically passed away at 27. The film delves into Yelchin’s impressive career, featuring touching interviews with those who knew him, including fellow Star Trek star Chris Pine, Jennifer Lawrence (The Hunger Games) and Kristen Stewart (The Twilight Saga).

Powerful true stories from history include: What Will Become of Us, about the life of Frank Lowy, founder of global shopping centre giant Westfield, and his journey from refugee to business tycoon; Of Animals and Men, the inspiring story of a Warsaw zoo director who saved over 300 people from Nazi persecution by hiding them around the zoo itself; and My Name Is Sara, the disturbing true story of Sara Góralnik, a 13-year old Polish Jew forced to steal the identity of her best friend, after her entire family was killed by Nazis in 1942.

This year’s program features a stellar selection of comedies, including Mikhail Idov’s directorial debut The Humorist, a clever social satire set in the Soviet Union about a stand-up comedian who rebels against censorship through the exotic American notion of insult humour.

Not to be missed is Would I Lie to You – The Beginning, a hilarious prequel story to one of the most successful franchises in French cinema history, following four young friends as they navigate love, business and life with varying degrees of success; and Israeli box office smash hit Mossad, a riotous laugh-a-minute sendup of Israel’s revered national intelligence agency.

JIFF’s annual cooking extravaganza will precede screenings of culinary coming-of-age film Abe in both Sydney and Melbourne, this year celebrating the diverse heritage of everyone’s favourite Middle Eastern snack, babaganoush. The showdown will be judged by Michael Rantissi (Kepos Street Kitchen) in Sydney on Sunday 3 November, and in Melbourne on Sunday 10 November by Alice Zaslavsky (Alice in Frames) and food writer Rita Erlich in Melbourne.

Sydney and Melbourne audiences can also join in a jubilant post-screening sing-along to all their favourite songs from Fiddler on the Roof, led by a live band, after Fiddler: A Miracle of Miracles on Sunday 3 November at Classic Cinemas, Elsternwick, and Saturday 9 November at Ritz Cinemas in Randwick.

JIFF Artistic Director Eddie Tamir will also lead historic tours of Classic Cinemas in Elsternwick on Sunday 27 October, and Ritz Cinemas in Randwick – the new home of JIFF in Sydney – on Sunday 3 November.