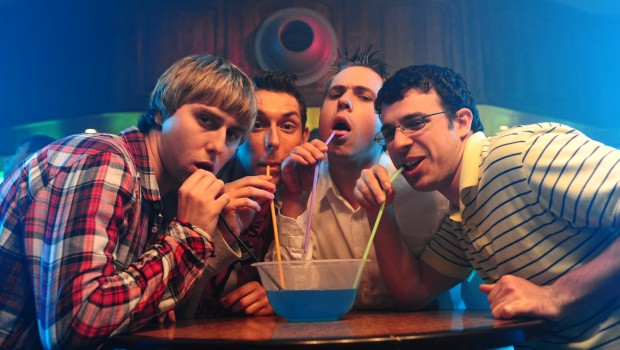 Since the creation of the film Rocky in 1976 moviegoers have developed a respect for the fictional underdog. Even though the odds are against the protagonist we root for them all the way. Sometimes we met characters that are a little harder to cheer for than others. Think David Brent from The Office or Larry David’s fictionalised version of himself in Curb Your Enthusiasm. The same could be said about the characters from the Inbetweeners series. If you haven’t already it’s now time to meet Generation Y’s answer to Revenge of the Nerds. There’s Simon (Joe Thomas) the sometimes-straight man of the group who’s dealing with a difficult girlfriend. His best friend Will (Simon Bird) who’s still dealing with popularity issues even at university. To stir up the comic chemistry there’s of course Jay (James Buckley) who tells enough bald face lies about his sex life that even Pinocchio would be ashamed. Then last but definitely not least there’s Neil (Blake Harrison), the big friendly lanky giant who says things so idiotic that you actually want to give the guy a hug.

The story begins just a year after the last film (The Inbetweeners Movie) left us with Will and Simon at uni while Neil simply tags along with them to parties. All of them have been dumped by their girlfriends from the last movie apart from Simon who’s still with Lucy (Tamla Kari). The one problem though is that Lucy is a complete psychopath who has taken up a hobby of burning Simon’s shoes and cutting up his clothes out of fear that he’ll leave her. All three of the guys have stuck around England while Jay has taken a gap year to travel Australia. One of the funniest scenes goes to one where Jay sends the fellas back home an email about how his life Down Under. He details how he had it off with both Minogue sisters in his mansion while every other day he fights off the vicious Australian koala. The scene is executed brilliantly with Jay acting out his fantasies in a surreal sequence. Scenes like this may lose viewers who haven’t seen the first movie or TV series but for the ones who know these characters they’ll have an enjoyable ride ahead of them. 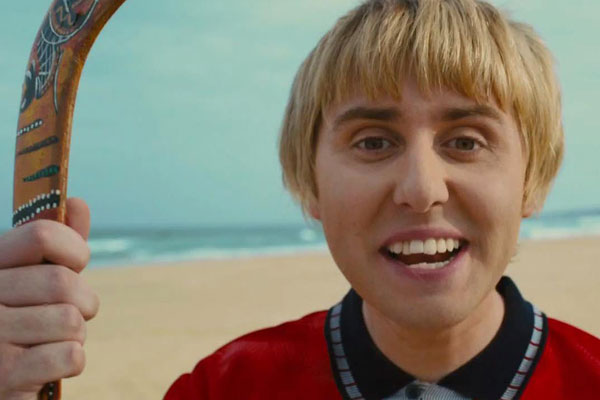 Predictably the next step in this story is that the boys travel to Australia to met up with Jay. Of course fans of The Inbetweeners will know that Jay’s life in Australia isn’t quite what he made it out to be. Living with his uncle Bryan (David Field), Jay is sleeping in a tent and working in a Sydney club toilet. For the most part the movie respectfully avoids every Crocodile Dundee cliché about Australia. Except for Field’s over the top accent, which is so strong, that even the biggest bogan would think it was a little much. Plus there are some jokes about Australia that have been written in for an overseas audience. So many of the euphemisms used sound less authentic and more like a bad impression of Australian culture. Other than that character of uncle Bryan co-writers and directors Damon Beesley and Iain Morris stick to mostly making fun of the tourist experience. White people with dreads, pseudo spirituality, hostel sleeping conditions, acoustic guitars and of course goon drinking. 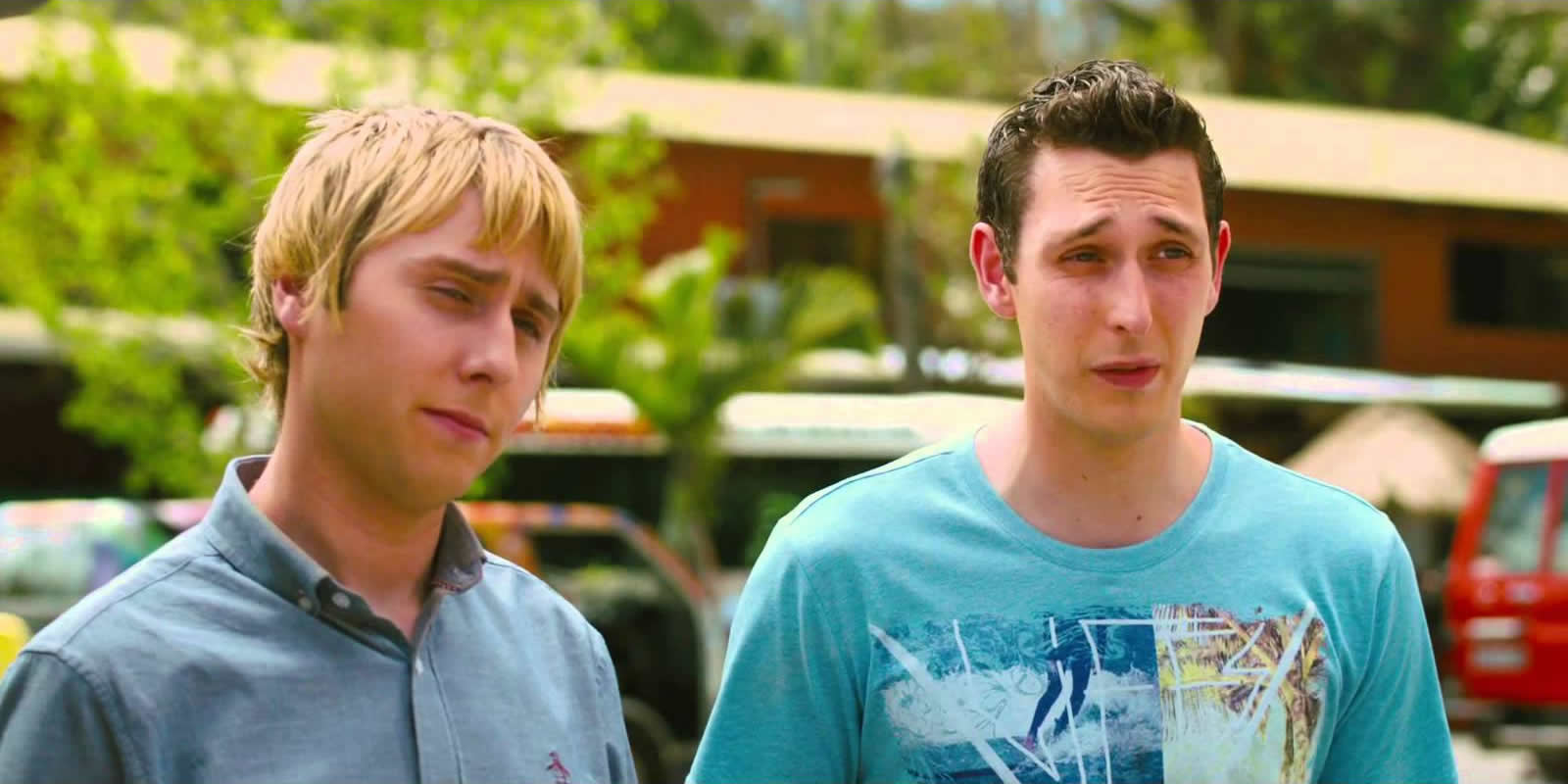 Unlike the first movie The Inbetweeners 2 plays out more like a long episode from the TV series. This formula works better this way and will please long time fans. Newcomers may not get every joke but the overtop grossness of some scenes should override that problem. Speaking of which the gross-out moments have be increased tenfold for the sequel but somehow they walk the fine line between outrageous and funny. Just when you think you’ve seen too much toilet humour in one sitting there’s a witty line or two to bring you back down. This film avoids sappy moments and if a tearjerker scene does pop up it’s shot down for the sake of comedy. All four of the main characters stand out in this ensemble cast as all are hilarious and share an amazing comedic appeal so it’s easy to love each personality. It may draw some parallels for anybody who’s actually taken a gap year abroad and experienced all that comes with it, stinky bunk beds and all. This sequel is a little less like The Hangover and displays more of its own brand of comedy.

Summary: All four of the main characters stand out in this ensemble cast as all are hilarious and share an amazing comedic appeal so it’s easy to love each personality.