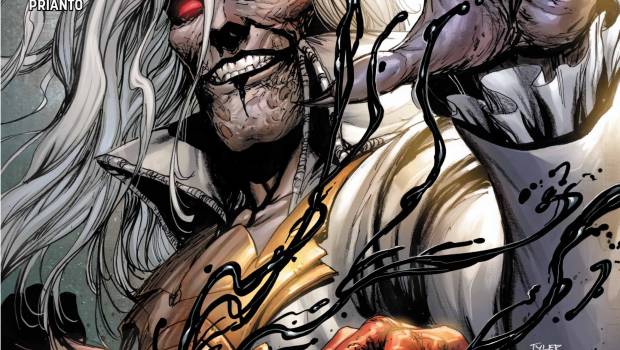 Summary: The final issue of both this story arc, and the series.

The End of Forever Part 6

This issue is the final issue of both this story arc, and the series.  The Immortal Men have been battling to keep themselves anonymous and to stop the Immortal Woman.  In this final issue, we get to see how successful they are on both fronts.  As mentioned previously, this issue of Immortal Men is the final issue in the story arc, and new readers may be left wondering what is going on.  However, the issue has enough action and fun for any confusion to fade quickly.  Tyler Kirkham and James Tynion IV handle the art and writing respectively. 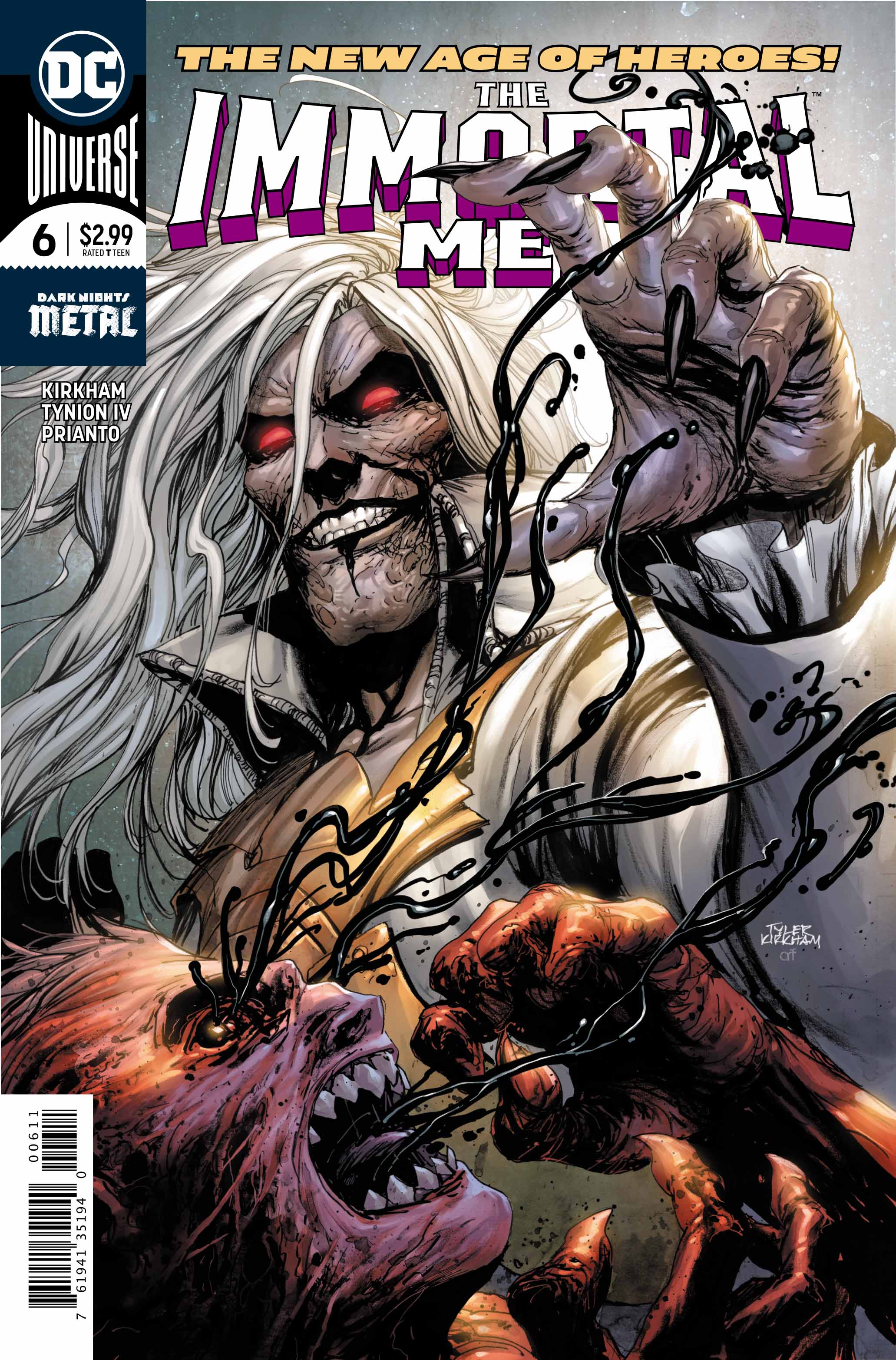 Tyler Kirkham did the cover for this issue, and it is a fairly ominous looking one.  This is to be expected from a book that is spun out of the Dark Nights Metal event.  It features a villain named Kill in the upper part of the page, eyes gleaming red, a sadistic smile on his face.  Kill holds a taloned hand out, and appears to be painfully extracting a black substance from a demonic looking humanoid.

Tyler Kirkham’s art is very fitting with the story.  Demonic creatures look and feel demonic, and the way it’s drawn gives the story a feel of the fantastic.  The action is well drawn, and the colours fit the feel of the issue and contribute to the feeling of the story.  As well, the lettering varies between each of the supernatural characters.  Carlos Mangual does a good job bringing the dialogue to life. 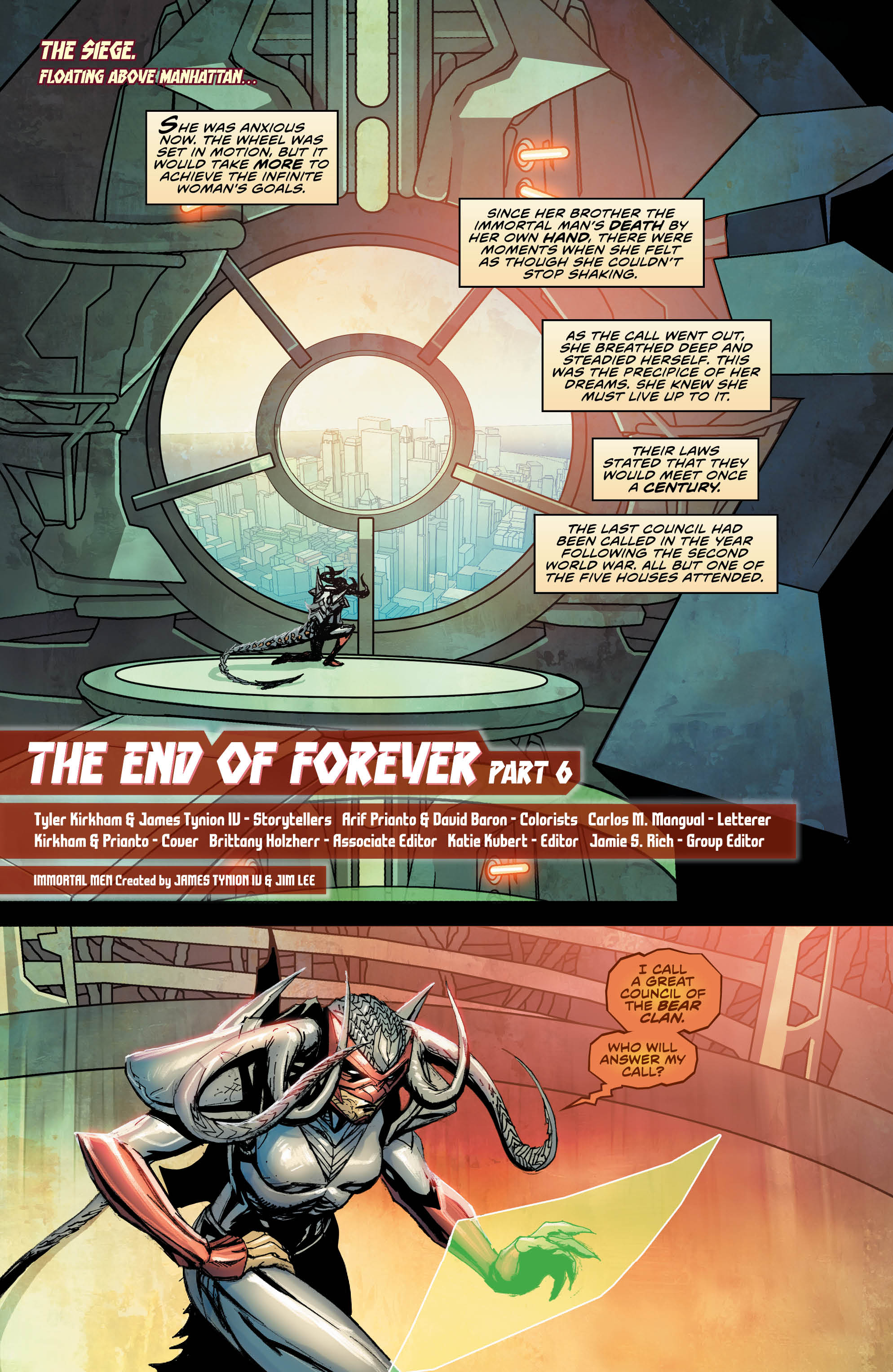 The issue begins with the Immortal Woman calling for a Great Council of the Bear Clan in the aftermath of the Immortal Man’s death.  What she doesn’t know is that the Immortal Men have taken his place as House Action, and she decides they must be dealt with.  The bulk of the issue focuses on the team facing off against the Immortal Woman’s forces, and finally concluding that to defeat her, they may have to come into the light and abandon their anonymity.  The battle itself is well written.  As it builds to its conclusion the sense of desperation from the heroes grows and grows.  This draws the reader in and makes the conclusion feel like something big has happened. 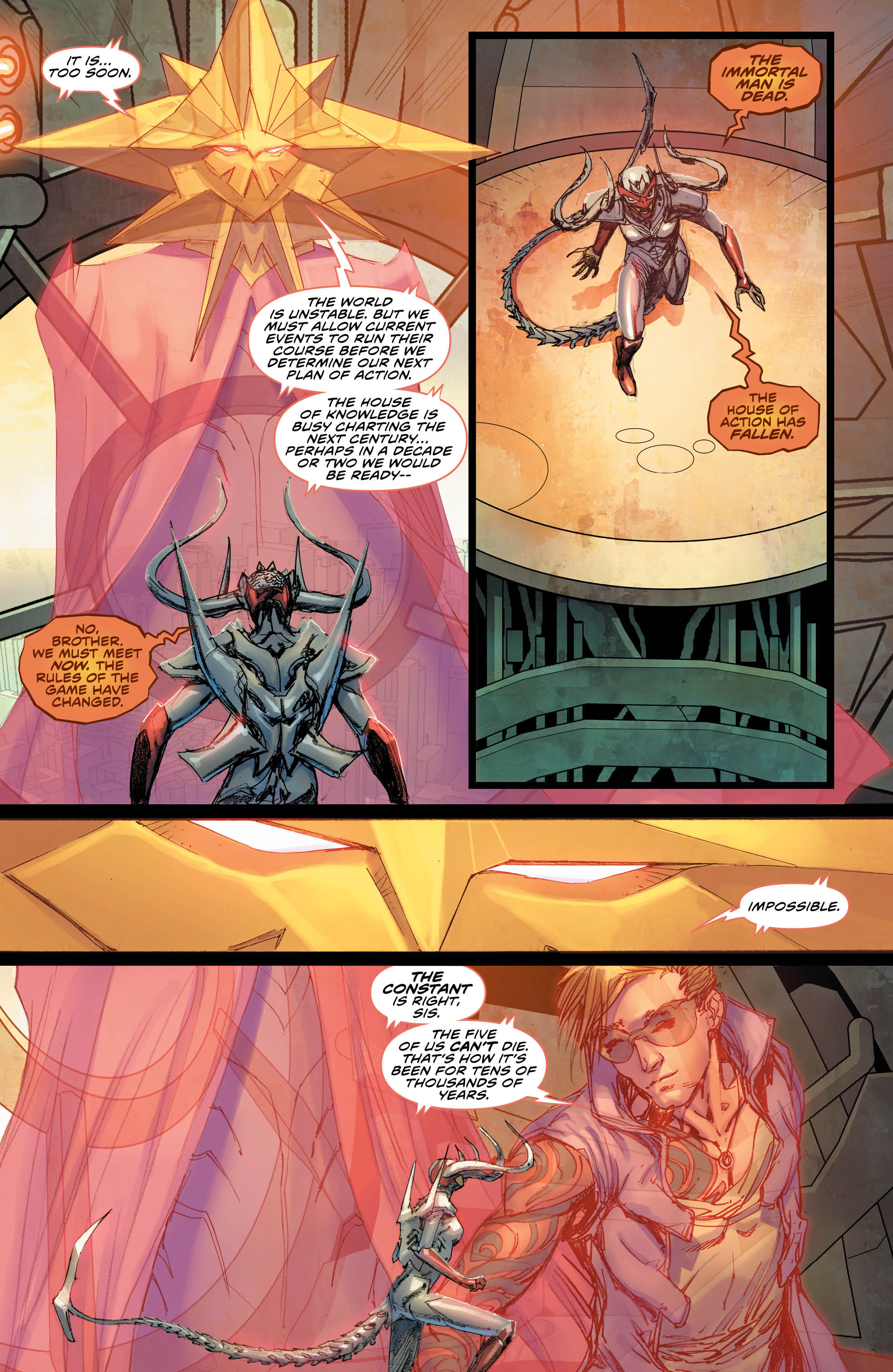 The book is pretty solid as a whole.  Though not incredibly friendly to a new reader based largely on it being the last book in an arc, it is still enjoyable enough, and well written enough to draw you in and make you care about what is happening.  The art supports the story well, and sets a great tone throughout the issue.  I especially enjoyed the use of the lettering in this issue.  As it really gave several characters their own unique voice, and enhanced the story in turn.  The issue ends with a sort of cliffhanger that was meant to lead into the next arc. Unfortunately that won’t be happening at this time.

The quality of this issue is overshadowed by the recent announcement by DC that this is the final issue of the series.  It ends with a great lead in to the next arc.  From the standpoint of a single issue, this is a strong enough book to come back to.  The book was well put together by the creative team, and being somewhat to the side of the mainstream DC universe, was different enough to be interesting but not so different to be off-putting to casual readers. 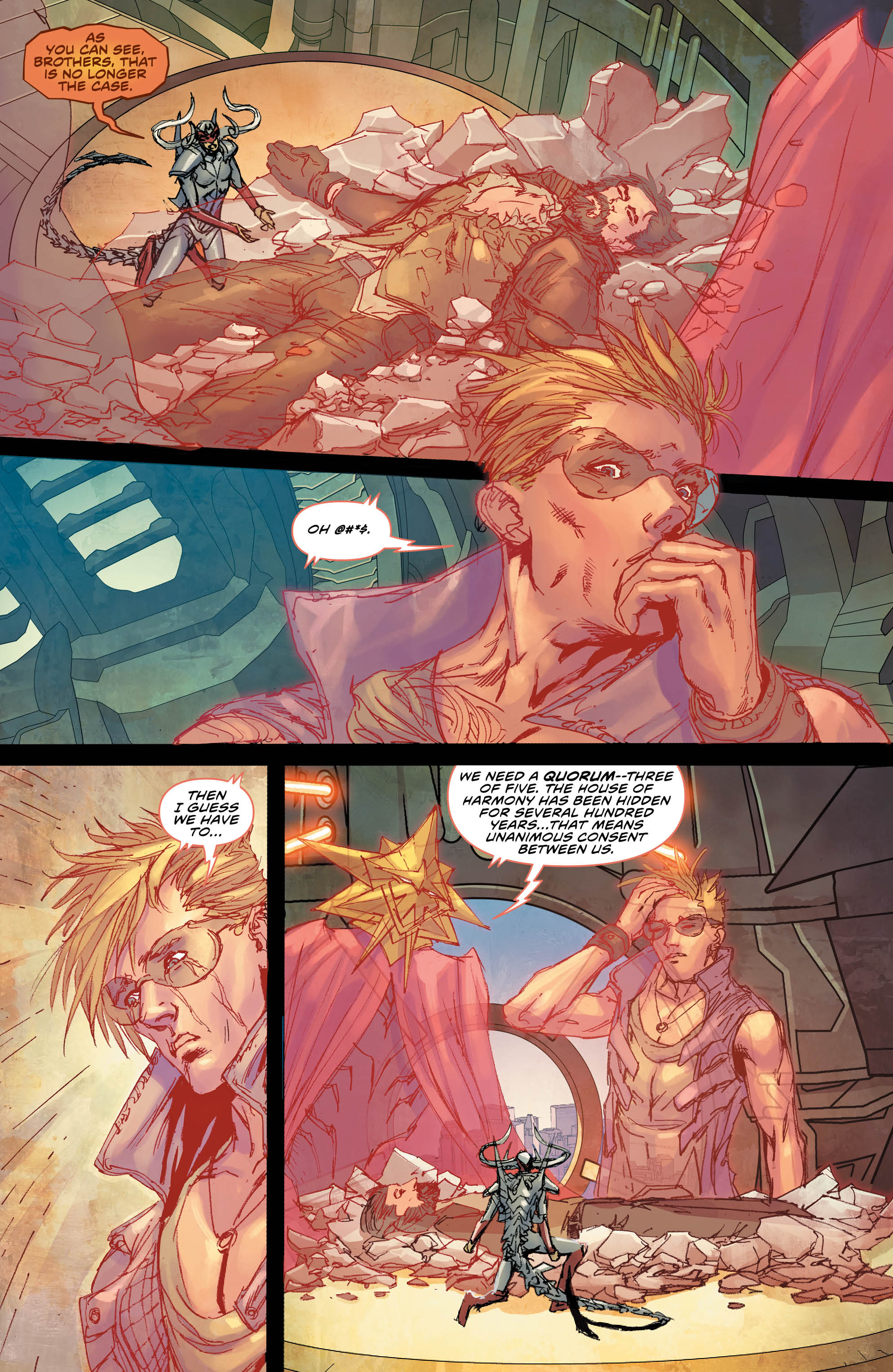 For a well paced, action packed issue, The Immortal Men #6 is a solid 4 stars out of 5.  It’s just too bad it isn’t continuing.