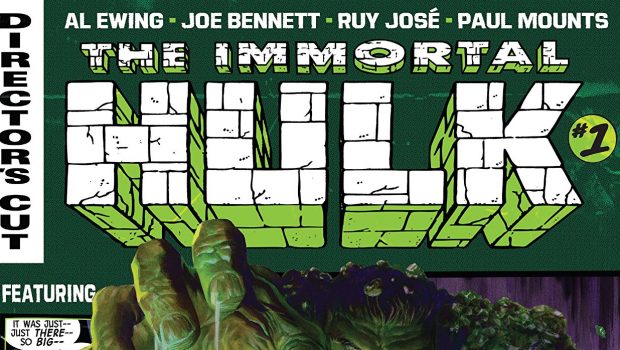 Summary: The Hulk rises again... with a new approach a little more edge... and more of our favourite green!

I’m a long time fan of the Hulk… stretching back to some vague memories of the tv series with Lou Ferrigno. I quite liked Ang Lee’s The Hulk but wasn’t a huge fan of Edward Norton’s. Then the new Marvel movies came out and we got a new Hulk and that’s kind of what we have here… it’s the Hulk we know and love… but with a slightly new take on him and his story. There’s a bit more darkness… a bit more edge… but it’s still a favourite green hero. 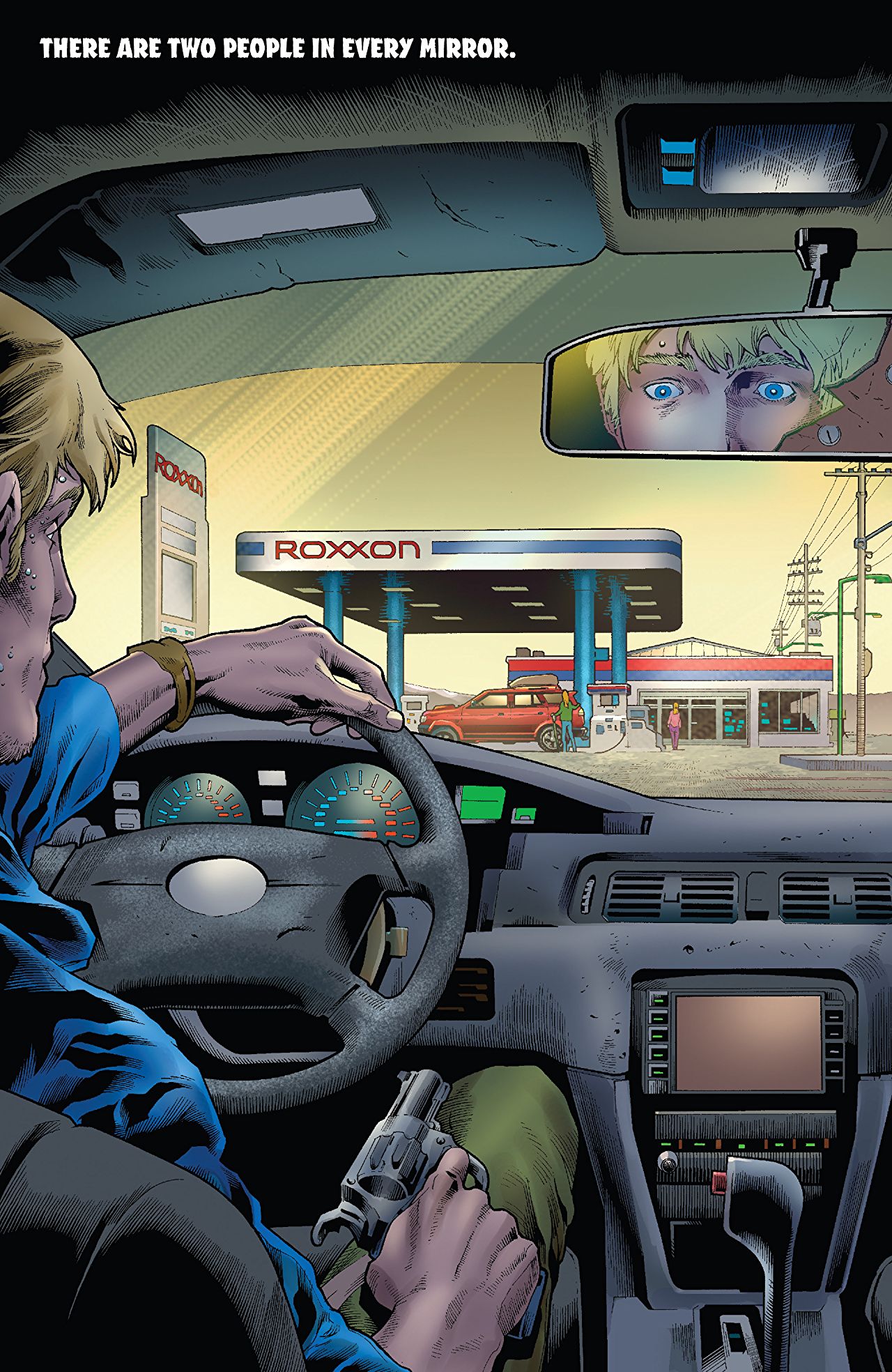 I really like this new approach to the Hulk. Taking it in a darker direction really works well for the character. That split personality of sorts… the inevitable comparison between Dr Jekyll and Mr Hyde, the one wanting to keep the other under control and the seemingly unavoidable return of the arguably uncontrollable. What I particularly liked in this issue is the subtle commentary on gun culture. It’s easy for people to get put off by “preachy” anti gun talk… but this issue simply points out the inherent dangers of carrying a gun… the fact that if you are going to carry it, you may end up using it and you may not use it in a way you meant. 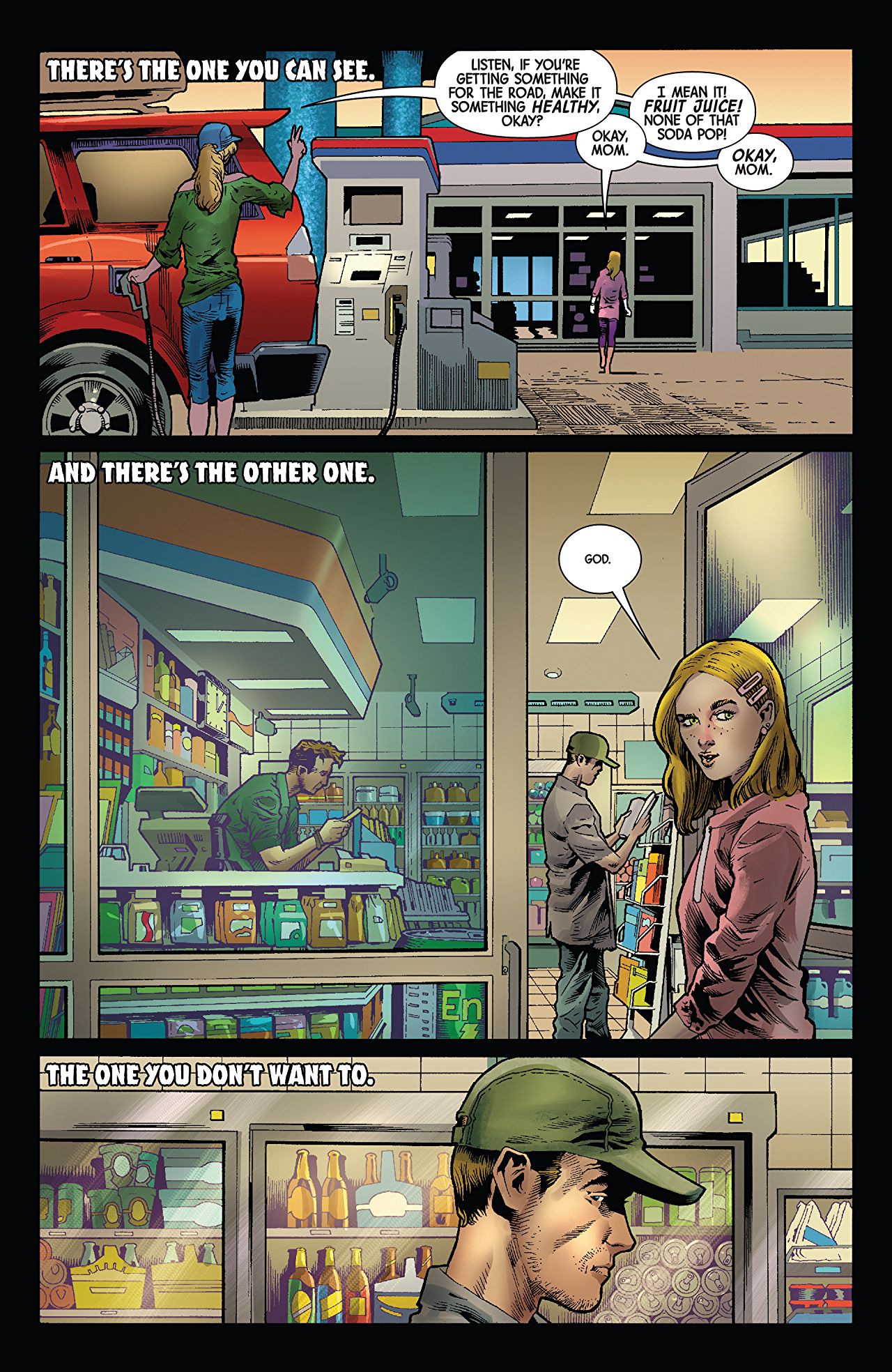 With this new approach, the Hulk is presented in somewhat more of a horror style… a menacing monster that you certainly don’t want to meet in a dark alleyway. This story puts some of it’s people in situations pretty close to that… isolated, at night… then confronted by our giant green beast! The danger and fear is brought to light with Joe Bennet’s skillful hand. The energy and fear are palpable and the Hulk certainly comes across as more than intimidating. 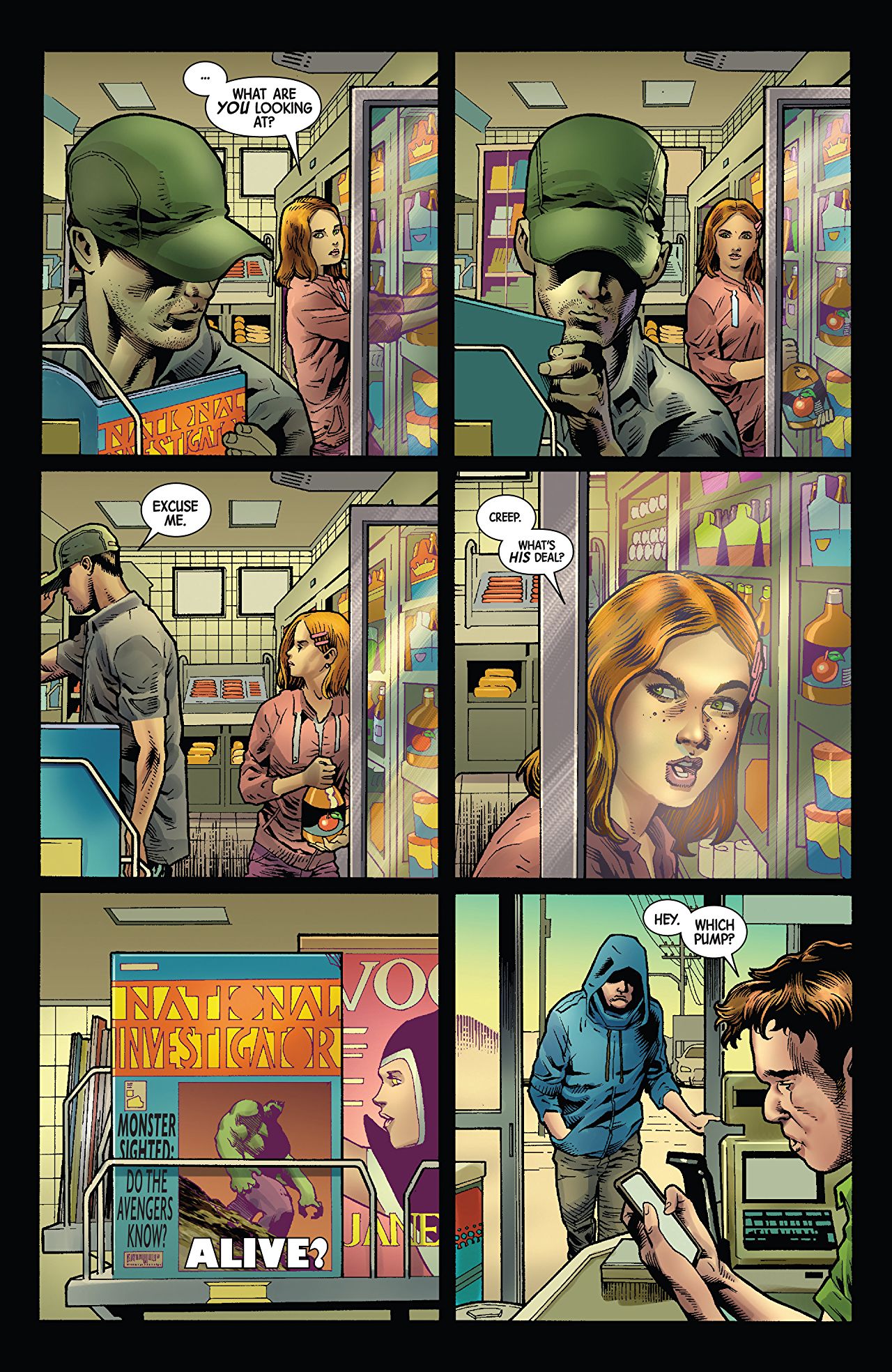 I don’t think I’ve ever seen the Hulk presented this way… but I like it! There’s still the sense of justice underpinning his actions… but his actions are certainly less constrained, almost like when he is off the leash… he is really off the leash and will make anyone doing the wrong thing pay for their actions. The bonus pages at the back showing the early sketch work both shows the talent in the sketches themselves (really it would work just as strikingly in black and white with that art) and how much the colour can add to the panels and the feel of the scenes.