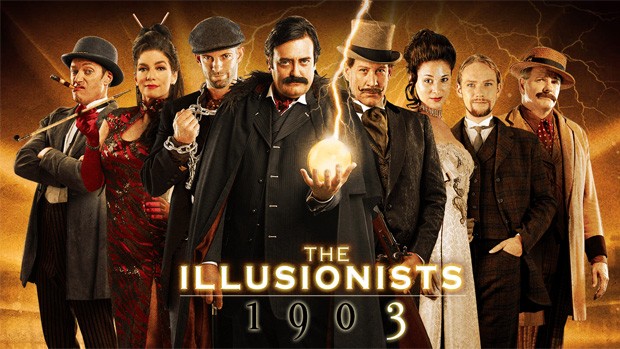 Summary: The Illusionists 1903 Review is a great magical evening at the Melbourne Arts Centre

This eclectic and thoroughly entertaining group of performers successfully take the audience back to golden age of magic as you’re mesmerised and wowed by these modern magicians. With the electric and almost magical atmosphere at the Melbourne Arts Centre, you almost feel as if Master Illusionist Harry Kellar or the Great Houdini are about to walk onto the stage as The Showman (Mark Kalin), the host of The Illusionists 1903 introduces each act in his very unique and captivating style that truly befits the era. So as The Illusionists 1901 dazzled at the audience at the Melbourne Arts Centre, interactivity was a key part of the performance as audience members were asked to support some of the acts which really added to the flamboyant performance. 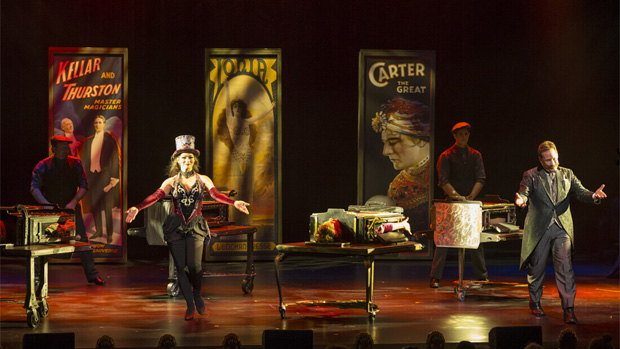 To complement the performance, the set even harkens back to this simpler time which helps the audience become drawn into the performance in order to witness some extraordinary tricks or perhaps magic as your brain tries (and unsuccessfully) attempts to debunk their magical ruses. From card tricks to comedy, floating glowing spheres to traditional tricks of cutting women in half, The Illusionists 1903 magnificently take the classics and merge them with a few 21st century tricks with orbs being put into paintings and people appearing and vanishing out of thin air. It’s quite an amazing experience to watch it all unfold.

Besides Mark Kalin, this colourful assortment of performers also includes Rick Thomas (The Immortal), Charlie Frye (The Eccentric), Krendl (The Escapist), Jinger Leigh (The Conjuress), Thommy Ten and Amélie van Tass (The Clairvoyants) plus Dana Daniels (The Charlatan) who all accomplished some amazing tricks that included comedy, drama and for some, an element of danger. To assist with the show, a camera is used for some of the tricks in order for the audience to get a closer look such as cards, items or even a bird with Dana Daniels very comedic act to give it some additional humour. 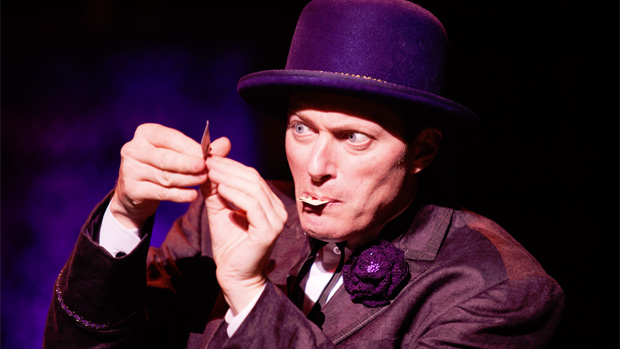 We also recently interviewed Charles Frye and what he highlighted to us is that The Illusionists 1903 is a show that can be watched by everyone and even though there was some adult innuendo littered throughout the show, it bordered on cheekiness opposed to crass. More importantly, it brings out the inner child by the wonder that you will experience with these clever performers. 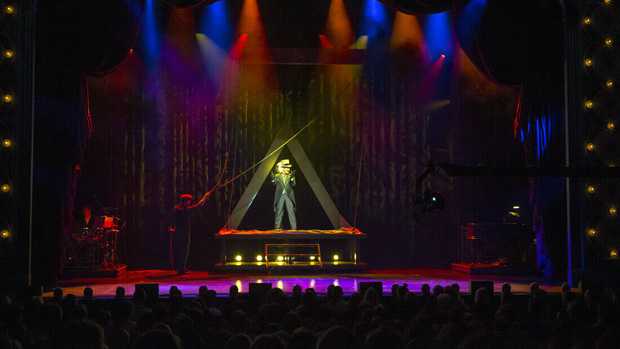 Furthermore and without spoiling one of the show, The Clairvoyants (Thommy Ten and Amélie van Tass) really captivated the audience as Amélie was blindfolded on the stage and Thommy was “telepathically” communicating to her what kind of objects he was holding from the audience. Amélie even managed to correctly guess serial numbers, cigarette brands and even the date of birth for an audience member. Sure, it might hurt your brain in how they achieved these tricks but their showmanship made the trick even more enjoyable. 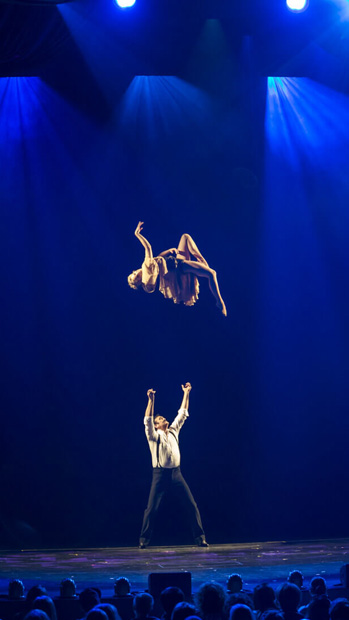 The lost art of magic returns to Melbourne with a true magical extravaganza as The Illusionists 1903 take us back to a more innocent time and just like the audience was amazed at the turn of the previous century, the modern audience of the 21st century will be as equally as impressed as these magicians once again use their tricks and wares to get the better of us.

Best of all, the magicians in this act had quite an infectious personality and whether it was the comedic Charlie Frye as the Eccentric with his juggling to the beautiful Jinger Leigh as the Conjuress and her truly ethereal act with a floating orb or the deft defying Krendl and his water torture act, I truly could not fault this must see performance. The Illusionists 1903 is the perfect way to start the New Year and is currently playing at the Melbourne Arts Centre until Sunday 10 January 2016.