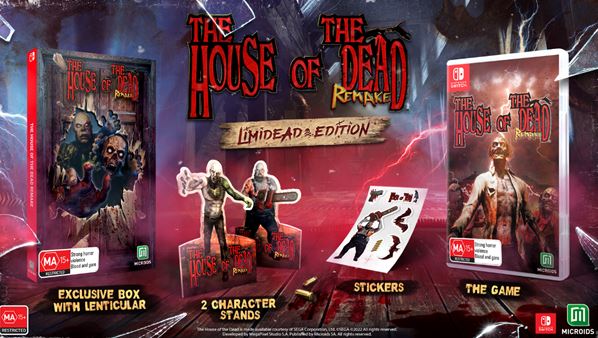 THE HOUSE OF THE DEAD: REMAKE LIMIDEAD EDITION UNVEILS ITS CONTENT!

Forever Entertainment and Microids are delighted to reveal the content of the Limidead Edition for The House of the Dead: Remake, coming out on Nintendo Switch. Developed by MegaPixel Studio, The House of the Dead: Remake offers players around the world the joy to discover or rediscover this timeless arcade classic from SEGA! The pre-orders for the Limidead Edition, assembled by Microids, are now open and the release date is set for May 26th 2022 in Australia and New Zealand!