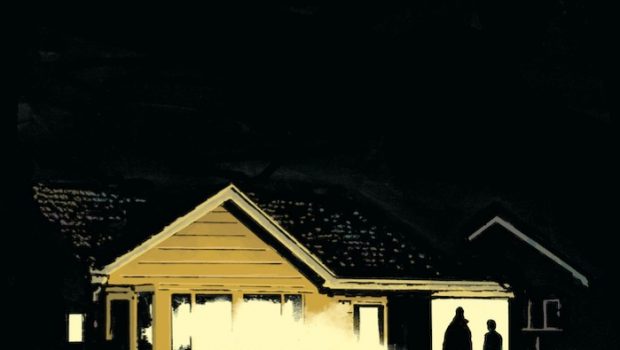 The year is 1957 and change is in the air. This is the year that Elvis Presley appears on The Ed Sullivan Show for the final time. It is the year that the Wham-O Company produces the first Frisbee. The year that Andrei Gromyko becomes foreign minister of the Soviet Union, that Dwight D. Eisenhower is sworn in as the President of the United States, and that Congress approves the Eisenhower Doctrine and its assistance to Communist-threatened foreign regimes. It is, in short, the perfect year for the events of Hellboy & The BPRD 1950’s comics and the Occult Cold War storyline to come to a head.

This September, Dark Horse Comics will publish Hellboy and the B.P.R.D.: 1957—Family Ties, the first of a series of five suspense-filled, stand-alone and interconnected one-shots that will conclude the Hellboy & The BPRD 1950’s comics and set the stage for a new Hellboy & The BPRD set during the tumult of the 1960s. Hellboy and the B.P.R.D.: 1957—Family Ties is co-written by legendary Hellboy creator Mike Mignola and bestselling iZombie co-creator Chris Roberson, featuring art and a cover by Laurence Campbell, coloring by Eisner Award-winning colorist Dave Stewart and lettering by Clem Robins. Each of the 5 interconnected one shots will feature a different artist; each comic will feature a cover by the extraordinary Laurence Campbell:

Before they can track down an errant copy of Gustav Strobl’s Witchcraft and Demonology, Hellboy and B.P.R.D. agent Susan Xiang are sidetracked by a beset housewife’s pleas for help in Hellboy and the B.P.R.D.: 1957— Family Ties. Unraveling the mystery of an unwanted house guest may lead the occult investigators right to where they wanted to be, but also right into demonic danger.

“We’ve done some big, sprawling stories in the pages of Hellboy and the B.P.R.D. over the years, so this time we wanted to slow things down a little and spend some quality time with a few of our favorite characters,” said Chris Roberson. “In each of these one-shots, Hellboy partners up with a different agent from the B.P.R.D. to investigate paranormal strangeness, and things are never quite what they initially appear to be.” 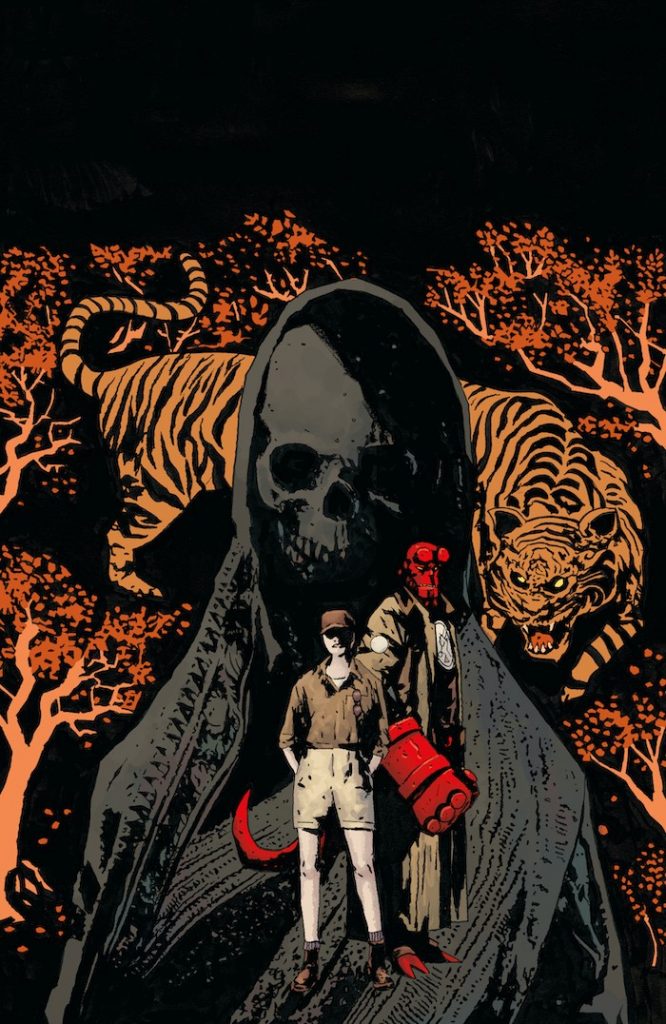 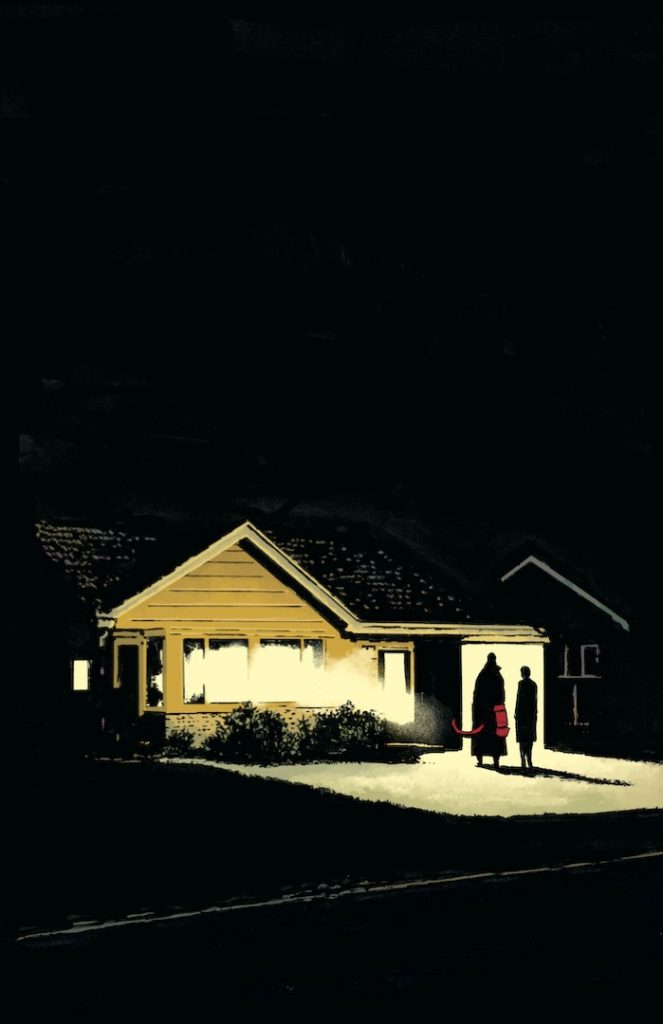 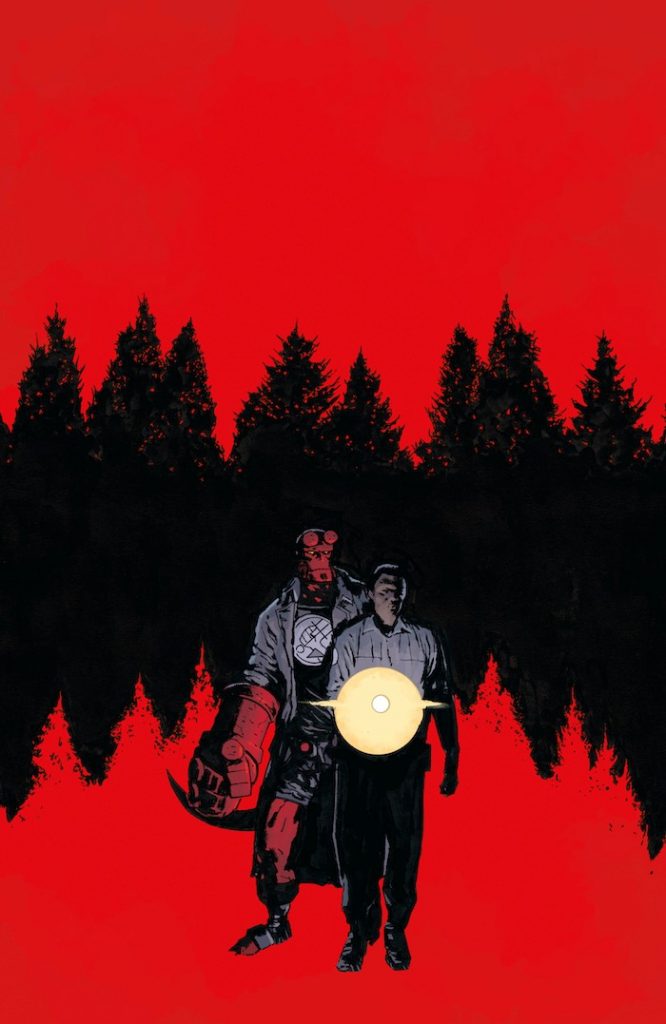 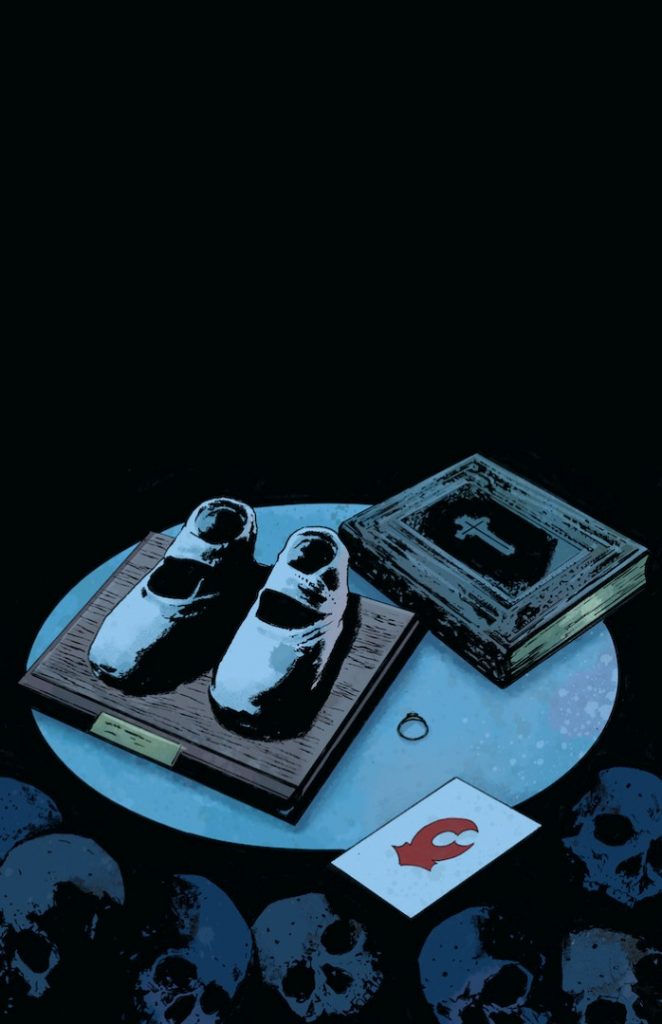