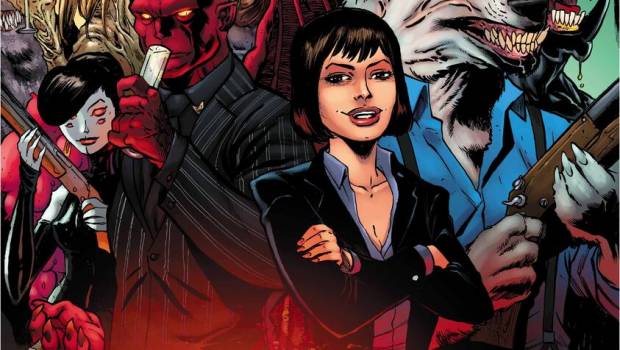 Summary: Never a dull moment, however, the story and art lacks cohesion .

This issue of Hellblazer is the fourth issue in a longer story arc and does not give a lot in the way of exposition. Nor does it catch us up on what has happened in the past three issues.  It does however, pick up quickly and move the story.  There is not a lot of downtime in this issue, and between the two narratives, there is rarely a dull moment. 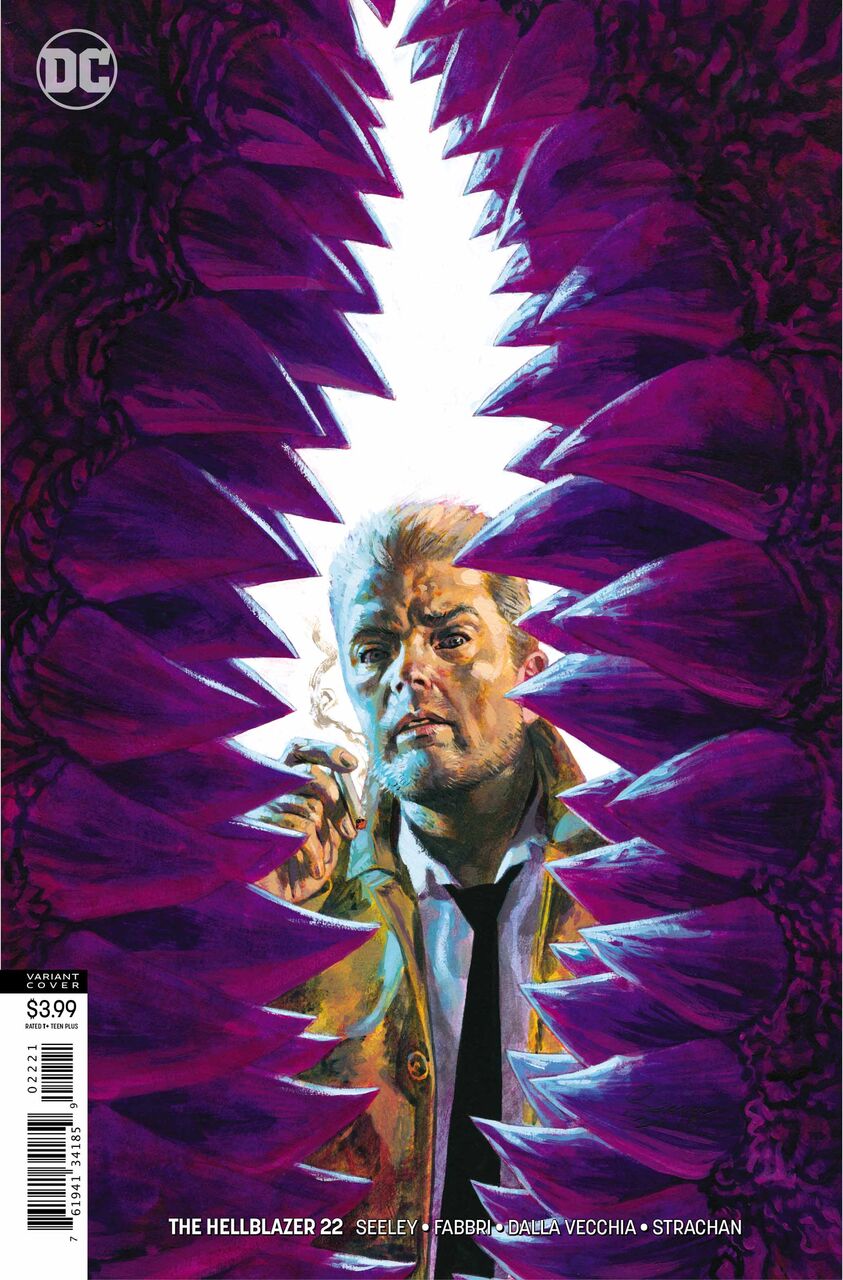 There are two covers for this issue.  The regular cover by Tim Seeley and Chris Sotomayer.  It features a host of evil looking creatures standing behind a well-dressed woman in a suit.  Constantine is laying at their feet, seemingly suffering at the hands of some dark magic.  The demons and monsters in the background look good and fit in on the cover of an issue of Hellblazer.  The woman feels a little too cartoony and somewhat out of place.

The variant is by Sean Phillips and features John Constantine smoking a cigarette peering through what appears to be a large set of jaws full of teeth.  This second cover has more of a feel of Hellblazer.  It feels darker, looks grittier, and leaves more to the imagination.  It looks very much like a throwback to the Vertigo days of the character. 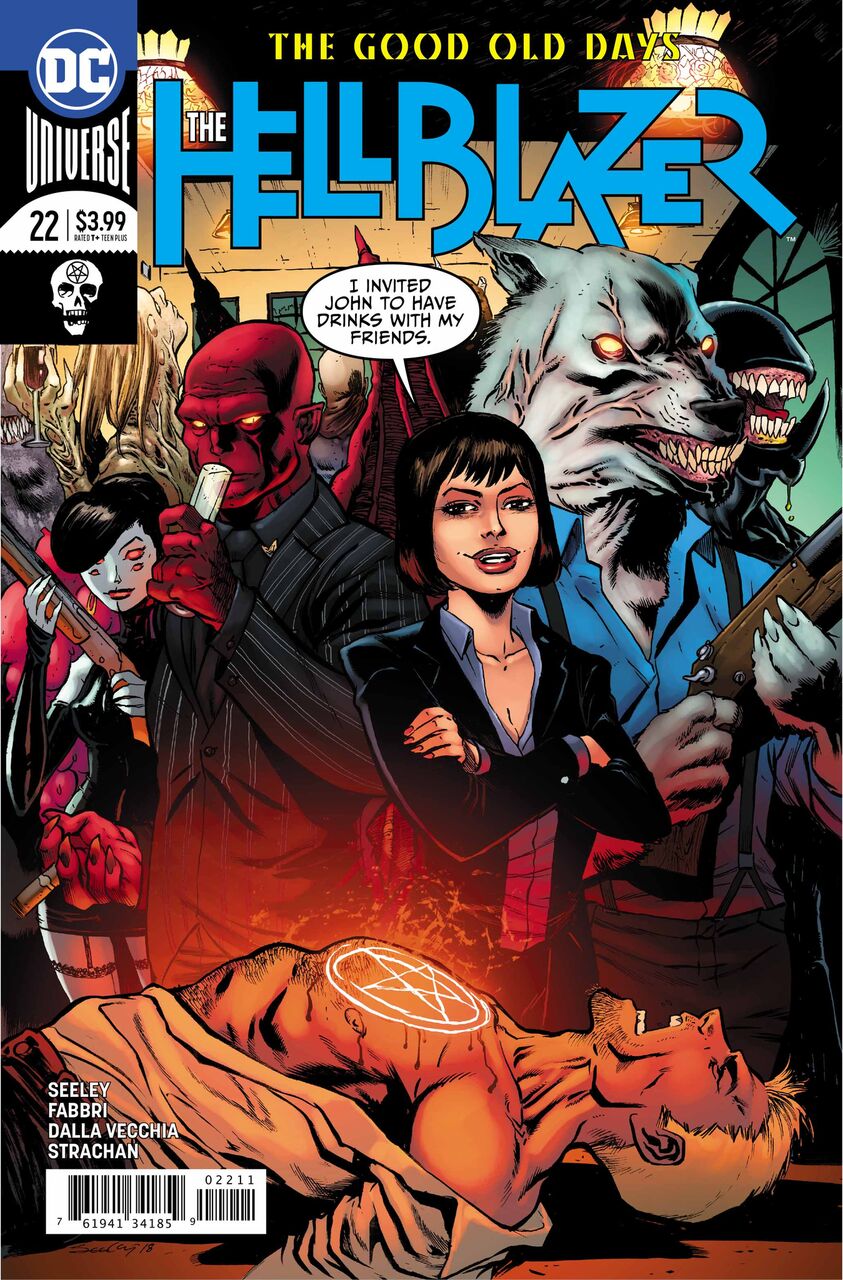 The art in this book is decent.  It’s well realized, detailed and quite clean.  Davide Fabbri is clearly a talented artist.  The book does include some of the blood and gore that one would expect from a John Constantine book, if one remembers him from the Vertigo days.  The art just doesn’t seem to gel with the story.  I expect the art to feel grittier, dirtier, and with a much darker tone and colour palette.  The bright colours used in this issue take away from some of the darker tone usually associated with the Hellblazer brand.

The issue is very well written.  The story moves quickly and is very engaging.  It begins with a demon named Nergal recounting its history with a damned soul named Burke Day.  Whom we find are trapped inside the body of a young woman.  John it would appear, is trying to find a way to track down and save this same woman.

We find him and Huntress in the basement of a laundry, where they find a vampire that was being used by a street gang to train its new members.  The vampire begs John to set him free by killing him, and Constantine is pressured by Huntress into acquiescing to his request.  The rest of the issue focuses on the Nergal’s motivations, and we see him detailing other demons he is planning on bringing together to get revenge on Constantine. 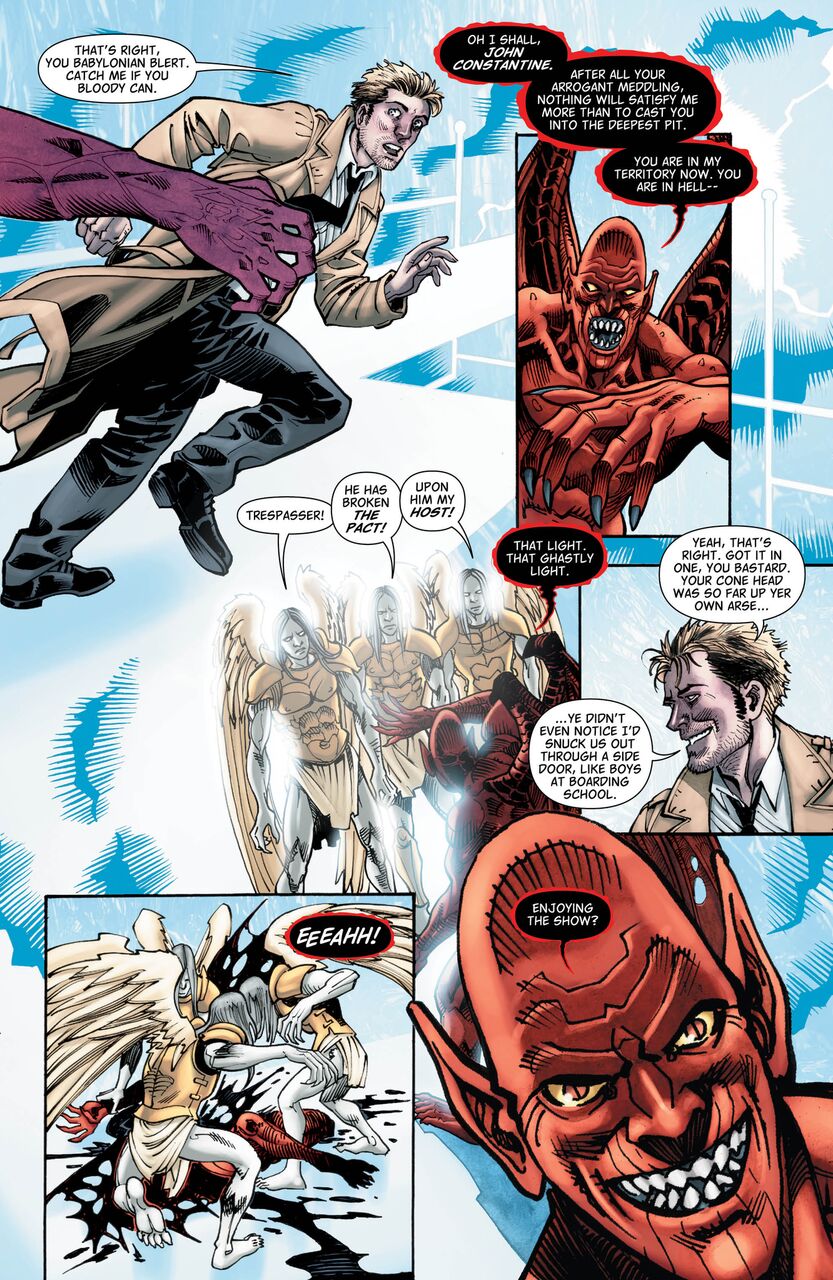 This issue is a pretty fun story.  It is full of the occult and demonology that is a trademark of the series.  It is well written, and I do like how John is portrayed as selfish.   Yet that is coloured by him being portrayed as more focused on his mission.  This is most apparent in scene with Huntress and the vampire.  John is more than willing to leave him to his fate and seek his friend out.  Until Huntress forces him to do the right thing.

I also enjoyed how Nergal is written.  It is very much a calculated and vengeful demon, and it will be interesting to see how Constantine deals with this demon as the story progresses.  The only downside to this book is that the art doesn’t mesh well with the story.  That isn’t to say it isn’t good, it is, it just doesn’t compliment and enhance the story the way it should.

Overall this book, while well written, suffers from an art style that doesn’t compliment the story.  2.5 out of 5 stars. 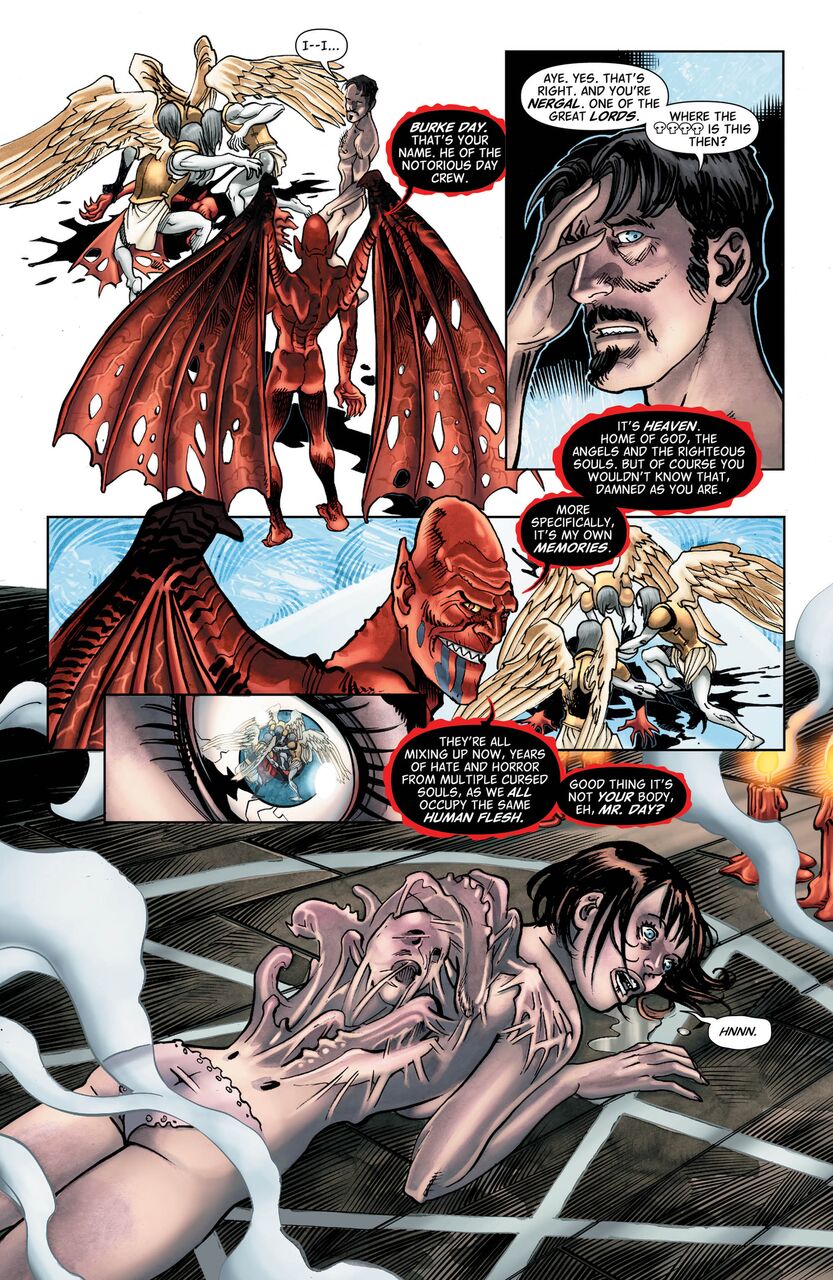