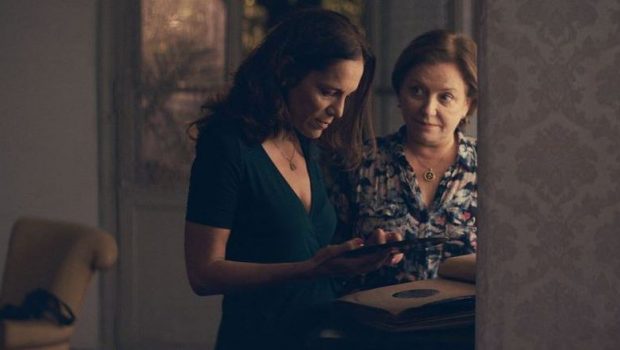 The Heiresses could have easily been a clichéd story about middle-aged women awakening to a new and liberating life adventure. Imagine Dianne Keaton and  Judi Dench in the leading roles. Exercises in the elite and working classes, as well as emancipation, feature heavily in The Heiresses. Yet it is far from predictable. The movie stars two amazing actresses, one of whom is making their big screen debut (sorry Keaton and Dench fans). Chela (Ana Brun in her first role) and Chiquita (Margarita Irun) are two wealthy older women living together in an incredible house in Paraguay.

It is immediately clear that the two haven’t experienced much day-to-day work in their lives. Though Chiquita does care for Chela, who seems either depressed or surly in the film’s first act. The exploration and arc of her character is the crux of the movie but more on that later. The two lovers (they’re in a same sex relationship) have avoided life’s hardships but that changes as the film opens with their silverware and expensive dinner plates being sold. The ‘riches’ side of this story has already occurred once we tune in and we’re now experiencing the characters’ ‘rags’ moment.

Chiquita is sent to prison for fraud and must serve a short-term sentence and repay the money she owes the state. Her punishment includes the humiliating task of selling the paintings and dinnerware. Chela refuses to sell her father’s car or the house itself, and, despite their bad financial situation, a new maid is hired. Apparently, that luxury isn’t lost under crippling debt.

When Chela is left in the massive house with the new live-in maid Pati (Nilda Gonzalez), she becomes extremely vulnerable and scared. One scene of complete personal exposure sees Chela make Pati sleep downstairs on the lounge near her room to ease her night terrors.

Marcelo Martinessi also debuts as the film’s writer and director. His camera lingers on conversations between the characters. He often takes his time and resists quickly cutting to different angles. Shout out to cinematographer Luis Armando Arteaga too. The patient filmmaking provides a quiet presence and makes the dialogue impacting without the distraction of melodrama or close‑up shots. Chela struggles with Chiquita’s incarceration as the anxiety she feels from the separation is clearly displayed.

Her better half brings her personable ways into her prison life. She treats it like it’s a party and she’s working the crowd. Chela sits back shyly and watches the mayhem of the open courtyard style of prison while Chiquita gives her the lowdown on the most infamous criminals locked up with her. Martinessi also avoids the politics of Chela and Chiquita’s sexuality and allows that element to live throughout the movie without it being a talking point. This choice might allude to the couple’s social armor, which stems from their previous wealth and has placed a comfortable buffer between them and judgmental society. 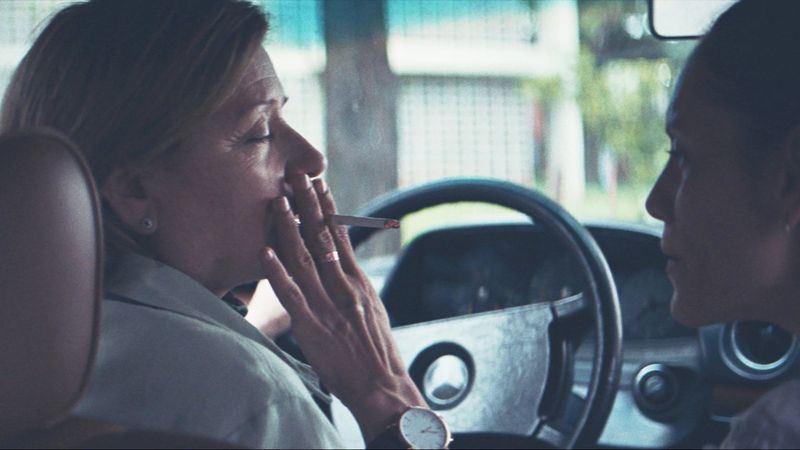 The film’s title accurately suggests that the story is about two wealthy women. However, the audience spends more time with the reserved Chela. We do see Chiquita’s life in prison but only from the perspective of Chela on visiting days. To pass the time and earn cash on the side, Chela begins driving her wealthier and older neighbour friend to her weekly poker games. The games run loud and long but Chela sweetly sits in another room as the chatty group plays cards.

Over the weeks, Chela develops a schoolgirl crush on one of the card player’s daughter, Angy (Ana Ivanova), a free-spirited and funky person who takes a shine to Chela. Soon enough the older but virginal Chela is driving Angy to her mother’s doctors appointments. The two share cigarettes and flirtatious stories as they wait outside, but Angy does most of the talking as Chela listens with the wide-eyed gaze a teenager would give their crush.

As Chela and Angy progress through a ‘will they won’t they’ relationship, there is a sense of dread on the horizon once Chela misses visiting days with Chiquita. On paper this sounds like the aforementioned fictional Keaton/Dench movie (I’ll put money on an American remake) but The Heiresses provides enough subtlety in its storytelling not to project an overtly Hollywood vibe. The movie is its own creation and that’s the way it should be.

Summary: The Heiresses provides enough subtlety in its storytelling not to project an overtly Hollywood vibe. The movie is its own creation and that’s the way it should be.