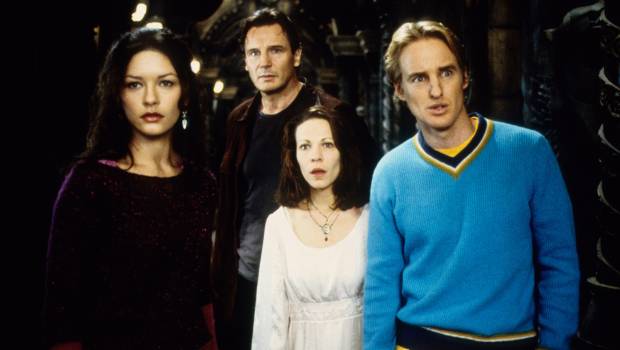 As the title suggests, this film is firmly in the thriller/horror category. Like all classic horror stories you need the suitable ingredients; in this case a haunted house with a troubled past, unwitting victims and a catalyst or circumstances for the unwitting victims to go to this house.

This story focuses more towards ‘Nell’ played by Lili Taylor, as she has the most character development and screen time. She seemingly has an unwelcoming family and is all alone in the world, with nowhere to go and not knowing what to do next.

Although most typical horror movies only involve a flash or brief insight into the characters, and the characters back stories don’t at all matter, this is not the case; however you won’t know that until later part of the movie. This means that the average viewer may miss the very subtle visual and dialogue hints in what is otherwise a very weird and almost disjointed prelude for what is to come.

Nell’s circumstances lead to Dr Marrow, (Liam Neeson) who is conducting a study in order to understand and treat human fear, hence the catalyst is formed. The story rushes into the next phase with introducing the house, Theo played by Catherine Zeta-Jones and Luke (Owen Wilson).

The first impression from the glimpse of the house outside is one of awe, it’s huge. House is not fair, it is a palace, a stately home and it is very old. Each character spends a significant amount of time interpreting the house by themselves and getting acquainted with the intricate design and detail. The house is arguably the main star of the story, as every wall, every window, every detail is exquisite. This house is beyond opulent and profanely offensively so. This is the house we would all love to live in (perhaps without the haunting elements), because we all do deserve to live in resplendent luxury! 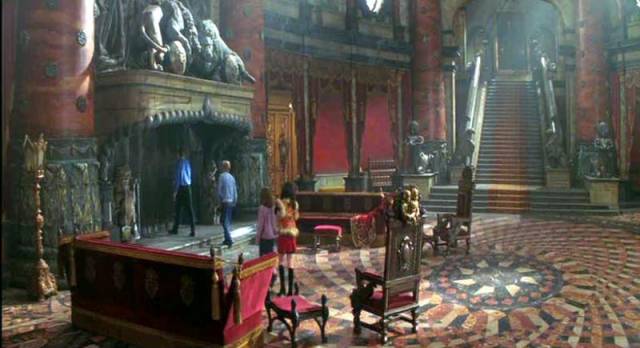 Resplendent detailing on every surface and all furniture. Yes, a walk in fireplace! 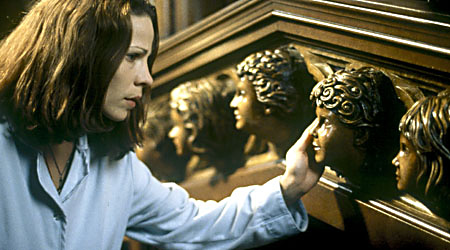 The typical horror story elements are present, starting out with a degree of normality followed by the looming night that shifts the juxtaposition from ‘all is well’ to the ‘something is not right’. Of course this is entirely predictable and expected with build-up and the fact there is no other way to lead into it.

Next is the seed of doubt, who is who? What is Dr Marrow’s agenda? And does he have an accomplice? All these elements are suggested and explored and when it comes to Dr Marrow, there is a moment of doubt; not so much about him but, but where the story will take you. The most likely outcomes are predictable and the setup for a twist, or counter-twist forms and leaves you wanting, but the result isn’t necessarily disagreeable all the same.

The history of the house plays a significant role in the story and the resolution and wind down of the horror. The evil presence makes its appearance and Nell’s significance to the story is fully revealed. The house comes to life in such a way that is cinematically captivating, and that is perhaps understated for a movie released in 1999. The visual effects of the house coming to life, the background scenery and the complex advanced movements are exceptional, and perhaps even perfectly executed.

The soundtrack offers the typical haunting music and sound effects that are best experienced in surround sound, lights off and volume high, as with all (horror) movies.

Theo and Luke as characters do not really offer much to the story telling other than as balance, for example, Theo re-enforces the realism by being ‘scared’ alongside Nell during the first emergence of the evil presence, Luke is the neutral party that comes to the rescue as Dr Marrow’s character wouldn’t be appropriate. Luke has some lines that furthers the disbelief and generates further conflict or doubt as to Dr Marrow’s agenda. But ultimately you could blink and miss these aspects and not be the worst for it. 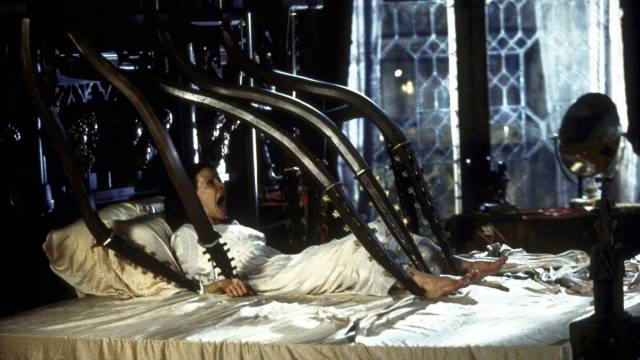 This film was given terrible reviews and nominated for the “worst remake” award, citing the screen cast, the heavy visual effects and “cliché horror elements”. It is highly likely based on previous critics’ reviews, that this film may not be as good as the original film or the book. It is true, it is not a masterpiece, nor is there a great deal of character buy-in, nor is it a movie that will give you cause to call your friends and tell them to watch, it is however not that bad of film.

This film is a great popcorn movie, with low cerebral effort required; it is cinematically thrilling and gets to the conclusion reasonably quickly. It is a worthwhile watch because it is better than most horror movies, nor is it painfully ridiculous. It is rated M for mature audiences as there is a little bit of blood, but it would be suitable for mature younger persons with parental supervision.

The haunting (1999) is available on Blu-ray by Umbrella Entertainment. 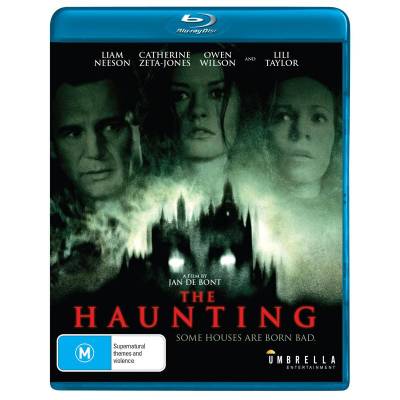