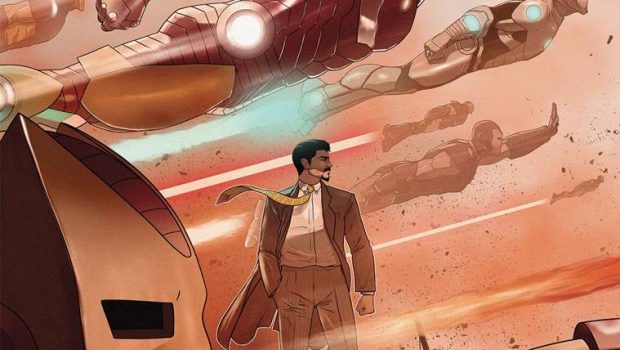 THE GREATEST BATTLES IN IRON MAN HISTORY AWAIT IN I AM IRON MAN!

I AM IRON MAN is pure Golden Avenger action brought to you by writer Murewa Ayodele and artist Dotun Akande. This dynamic pair of rising stars have already showcased their talents in Moon Knight: Black, White & Blood #1, the Avengers Unlimited Infinity Comic, and will soon again in tomorrow’s Iron Man #25. Now, they’ll help Marvel Comics celebrate one of its premier super heroes with this glorious collection of missions from every major Iron Man era! There is no better way to mark Iron Man’s milestone than seeing him fight his way through intense showdowns as the Earth’s mightiest hero that fans adore! Kaiju battles under the sea, alien invasions in the desert, a rescue mission in outer space, and more are to be expected in this incredible new series. 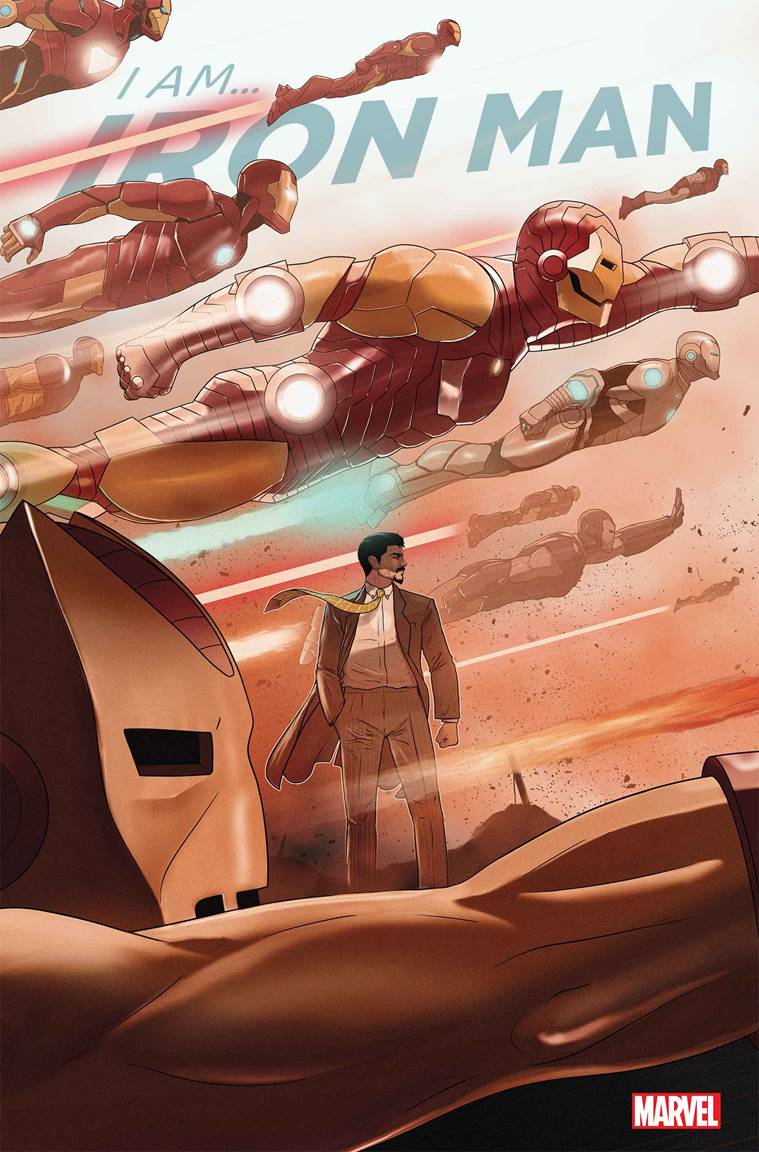 Beneath the red and gold armor is a hopeless romantic, a genius inventor, a war hero, a billionaire, an Avenger, and a person, TONY STARK. Journey through the rich history of Iron Man – telling stories never seen before that are set in iconic eras of ol’ Shellhead – starting with the Silver Age and continuing through the classic eras of Archie Goodwin, the 90s, today, and beyond!

“Iron Man has been my favorite character in all of fiction for years now,” Ayodele said. “I’ve loved the character for so long that I had written a proposal for this series even before Dotun and I broke into comics. So, we are super grateful that Marvel made our wildest dreams come true by giving us this opportunity to tell stories that celebrate 60 years of the awesome existence of Tony Stark.”

“Every issue of I AM IRON MAN is set in an iconic era of Iron Man, explores some deep emotional wounds of Tony Stark, is adrenaline-pumping with exciting set pieces, and is rendered in beautiful illustrations by Dotun Akande (my favorite comic book artist and best friend),” Ayodele continued. “It’s the series for Iron Man fans and anyone that has ever wanted to get into Iron Man comics.”

“Working on an Iron Man title—and an anniversary series for that matter—is a dream come true,” Akande added. “That dream is a little over a decade now. Every single line of artwork is a decade-long itch scratched and a very personal love letter to Tony Stark (Iron Man), his creators, other inspiring and amazing storytellers that have worked on his comics, and his very passionate fans. Luckily for me, I found an equally enthusiastic fan of the character in my best friend, Murewa. We have a series of exhilarating, heroic tales we’re sure will be enjoyed by both Iron Man stans and new readers. It’s going to be a thrilling ride. Steel yourself.”

Armor up and blast off through some of Iron Man’s greatest triumphs and most breathtaking battles when I AM IRON MAN hits stands in March! For more information, visit Marvel.com.