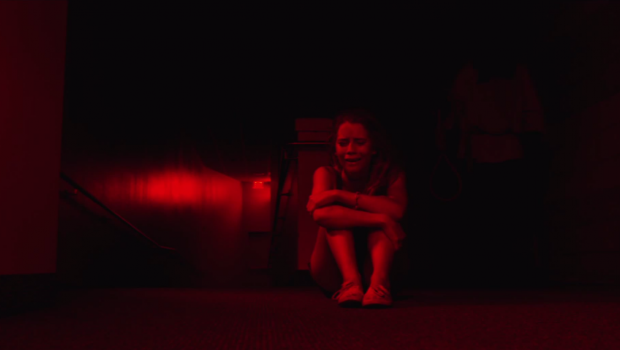 Ryan (Ryan Shoos), the annoying teen jock, is confused by theatre lore. Wishing someone to “break a leg” is a positive thing? Correctamundo, meathead. Fair is foul and foul is fair. You know…as in Macbeth? But it seems like he hasn’t even heard of that play, as he still repeats the cursèd name of the actor who died during the school’s original performance of ‘The Gallows’: “Charlie, Charlie…come out and play,” he taunts. Congratulations, meathead. You’ve just opened up the gates of high school hell, ensuring the demise of you and your fellow friends.

The Gallows follows the nocturnal camcorder adventures of four students, trying to escape the vengeful fury of Charlie’s ghost who haunts the auditorium. Apparently, ghosts can grow. And over the decade, Charlie has morphed into an ogre-sized sadist with an asphyxiation fetish. His weapon of choice: the noose. Yes, expect close-ups of overly familiar horror tropes – locked doors, hidden passageways, mannequins in abandoned cellars. However, the twist in the penultimate sequences is the film’s most WTF moment that’s bound to please horror fanatics.

Directors Cluff and Lofing definitely know how to heighten the intensity and manipulate their audience’s heart rates. The use of blood-red as the main colour palette is highly effective. Not only is it flaunted in the film’s posters and trailers, it’s also the first colour that floods the opening credits, reappearing in key scenes throughout the film. And since it evokes the feeling of being enclosed within a photographer’s dark room, it adds tension to the film’s claustrophobic setting – the confines of the eerie auditorium.

On another positive note, the sound designers have done their job correctly. It’s all very unnerving – creaking floorboards, low devilish rumblings, even some crafty panning from speaker to speaker. And yes, as many reviewers have already noted, Gallows is littered with unexpected loud bangs intended to produce jump scares. Sure, to some, these will be tiresome. But for the most avaricious of horror fans, who have waited all these months for a worthy supernatural dosage, this will satisfy their appetite.

In a similar vein to The Blair Witch Project (1999), the principal actors have used their real names in the film. But did it help them perform? Maybe. Some of the deliveries in certain scenes were still over-the-top. Sure, the characters are experiencing hypertensive, stressful events, but holding back a tiny fraction of emotion wouldn’t have hurt. The melodrama is sure to invite chuckles and eye rolls from some viewers. 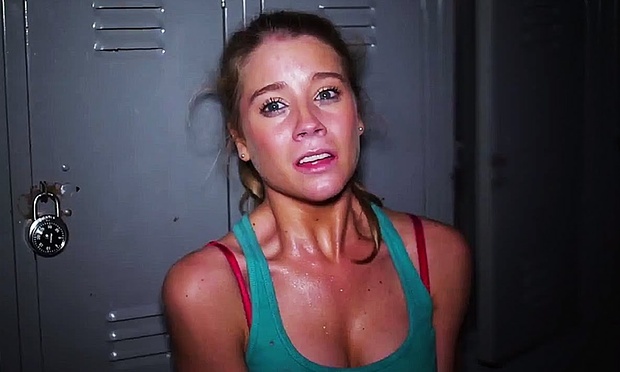 But these moments of overacting aren’t even the low-points of Gallows. It’s the lack of diversity within the casting. All four major characters are white Americans. Even the supporting characters are of a similar racial demographic. In fact, not a single African-American or Asian-American was seen. And if they actually were there, their screen time was almost non-existent.

These found-footage horror films work best when the supernatural antagonist isn’t shown in its entirety. Mystery is key. It’s what contributed to the success of Blair Witch and Paranormal Activity. However, in Gallows, the audience actually sees what Charlie looks like – a demonic presence with an executioner’s mask. What’s worse is that the filmmakers even decided to make the final minutes of the film so unnecessarily cartoonish and clichéd. It lessens the impact of the overall work and almost makes the whole project feel like a cheesy Goosebumps episode. 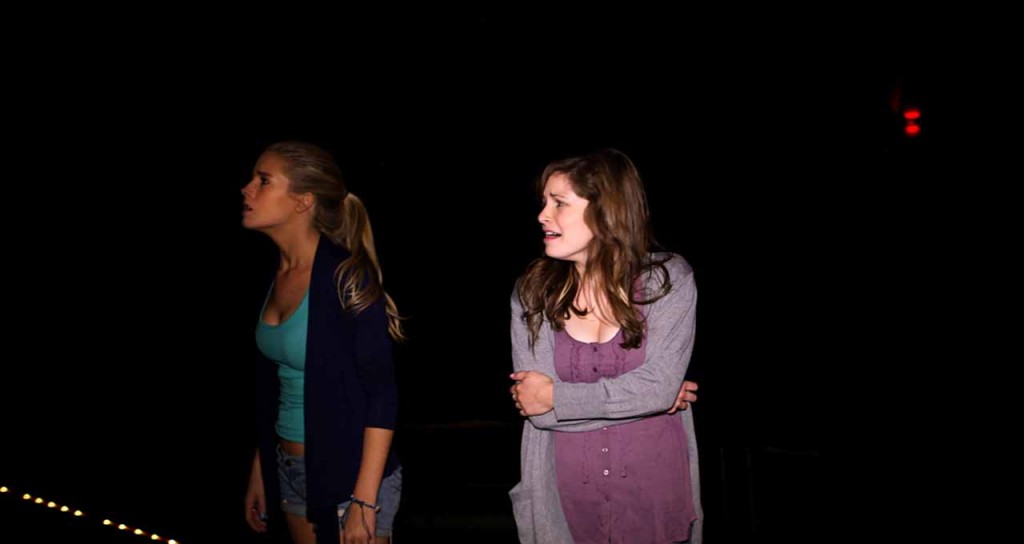 Furthermore, it’s ridiculous to think that anyone whose life is in danger has the time to film their reaction with a camcorder or mobile phone. How #viral do these guys want to get? It’s fight or flight – not fight or film. But such is the way with this subgenre. Then again, if I were an obnoxious teen with poor decision-making skills, like Ryan, I’d be shoving my recording device in front of people’s faces all day long too.

Teacher’s final comments: Despite its drawbacks, The Gallows still deserves a B- overall. Silver star for effort, especially from two unknown directors. Please deliver to Admin Office to be filed under ‘Teen Horror,’ alongside such fun titles as I Know What You Did Last Summer (1997) and The Faculty (1998).

Summary: Teacher’s final comments: Despite its drawbacks, The Gallows still deserves a B- overall.