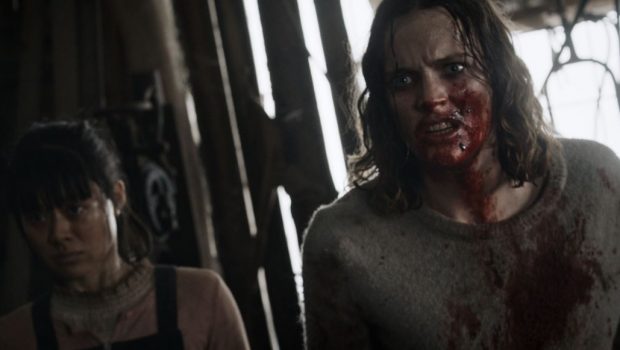 A fascinating aspect of debut filmmaking is why directors choose horror as their first type of film. Some argue it is because they are a fan of the genre. Others say that it is the most fun genre to explore. The most tantalising reason is that horror seamlessly encompasses the traits of all other genres. In other words, horror is a jack-of-all-trades.

When it was announced that the horror film The Furies was a feature-length debut from an Australian director, this reviewer was intrigued. Not only is it a backwoods, on the run horror film led by women but it also features a well-worn premise ripe for gory, disemboweling fun and various other genre segues. What’s not to like?

Airlee Dodds stars as Kayla, a young responsible student who falls out with her best friend, Maddie (Ebony Vagulans). Kayla is then kidnapped by masked men and wakes up in a casket in the middle of a distinctively Australian eucalyptus forest (beautifully shot by cinematographer Garry Richards). Painted on the casket is ‘Beauty 6’, and embedded incognito in Kayla’s eye is a camera that broadcasts her vision to mysterious viewers.

To make things worse, the remote location is surrounded by an electric force field that will detonate explosives wired into the unwilling participants’ brains should they attempt to escape. But that’s not the worst of it! Wait, there’s more!

The story features both beauties and beasts. The latter includes maniacal grisly freaks who do grisly things with grisly weapons, programmed by grisly men who presumably have grisly means. For Kayla to survive, she must retain her sanity and wits and battle her epilepsy. She must also team with other players to counter the culprits. In other words, she’s going to get grisly.

The setup of the character conflicts is abrupt and lacks seamless integration. The way it is presented feels contrived and detaches the audience as soon as the film starts. Thankfully, the film gets into high gear once Kayla enters dangerous territory. 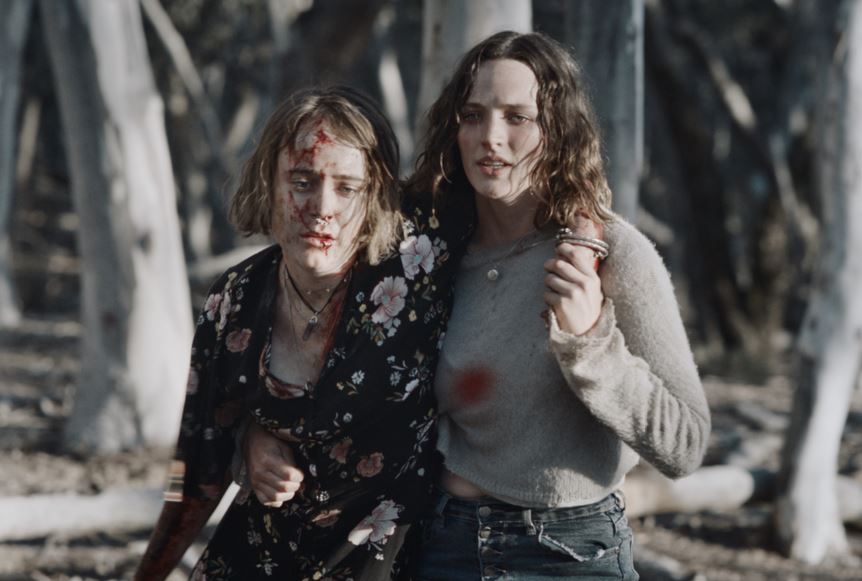 As Kayla dodges the freaks and meets similarly imperiled women, such as Alice (Kaitlyn Boye), Sheena (Taylor Ferguson), Sally (Harriet Davies) and Rose (Linda Ngo), director Tony D’Aquino deftly mixes character drama and gory thrills in an entertaining fashion. With D’Aquino insisting on practical effects, the prosthetic design by Larry Van Duynhoven adds much-needed punch to the action and suspense. It will satiate those who crave blood and gore by the bucketload.

The humour works due to magnificent sight gags from the blood and gore and the impressively straight-faced reactions from the actors. It is apparent that the film is not to be taken seriously when the antagonists are amusingly named Babyface, Pigman and Melonhead; they look like they have finished auditioning for Wes Craven’s horror movie The Hills Have Eyes (1977). With graphic images involving facelifts, eye-jobs, ferocious nip-tucks and incisive neck massages, loud boisterous yet awkward laughter is guaranteed.

The acting is mostly convincing with Dodds and Ngo leading the pack. Even with all the over‑the-top proceedings and the entertainingly ridiculous premise, Dodds grounds The Furies with a sense of humanity due to her forceful, headstrong presence. Ngo also gives an entertainingly oxymoronic performance as the reluctant Rose. She is both unnerving and nervous due to her childlike demeanour. 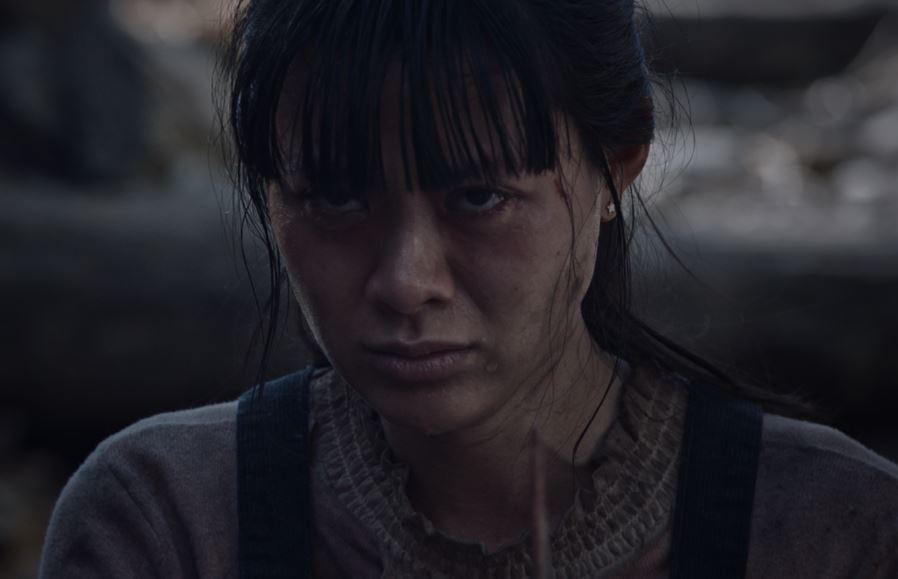 As satisfying as the core elements of The Furies are, the narrative does not stick the landing. Without spoilers, the film basically stops. However, the characterisations and narrative seeds are well planted and the drama is impacting. Due to the strong performances by Dodds and Ngo, it is an entertainingly blood-soaked calling card for D’Aquino, and will satisfy gore-hounds. Recommended.

Summary: Due to the strong performances by Dodds and Ngo, it is an entertainingly blood-soaked calling card for director D'Aquino, and will satisfy gore-hounds.