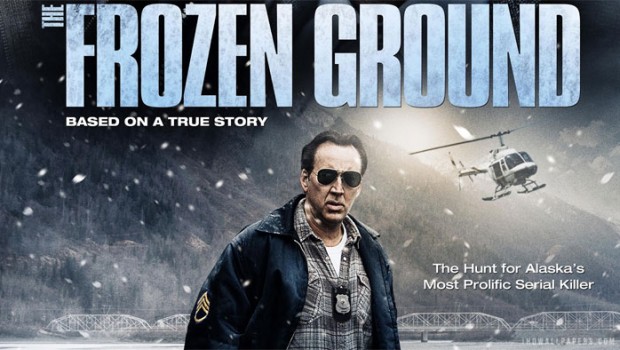 Summary: In conclusion, The Frozen Ground is a seat of your edge thriller that throws a few unique twists into the story but for the most part, it is your generic Hollywood thriller that is saved by the excellent Hollywood cast.

The Frozen Ground is a slick thriller that relies a little too much on Hollywood clichés but thankfully has an outstanding cast to pull it through.

Based on a sickening true story, The Frozen Ground is written and directed by Scott Walker (Ordan’s Forest) that stars Nicholas Cage as an Alaskan State Trooper who is about to go into retirement. Unfortunately for Halcombe he is called back to duty when he realises that the police have not thoroughly investigated the story of a kidnapped teenager. At just seventeen, Cindy Paulson (Vanessa Hudgens) has lead a hard life which has forced her into prostitution. 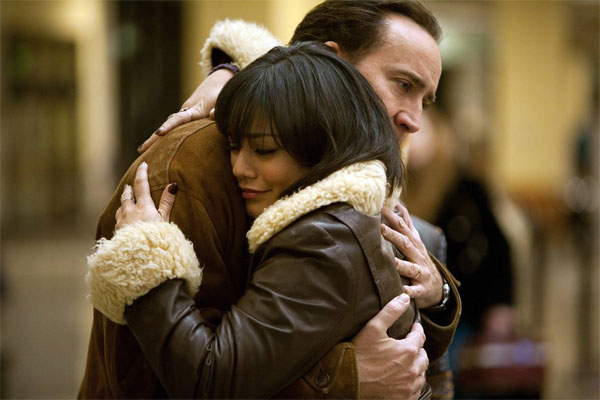 To compound the situation for Cindy, she is abducted and tortured by Robert Hansen (John Cusack) but somehow she manages to escape. When she tells the police of her abduction, they dismiss her story due to her past but Trooper Jack Halcombe (Cage) believes that her story has merit and may be the answer to solving one of Alaska’s worst serial killer mysteries.

Even though this is a clichéd drama thriller, it successfully manages to draw you into the story, especially thanks to Cage and Hudgens who both portray their characters quite realistically with a healthy dose of emotion. However the star of The Frozen Ground is Cusack himself who plays this chilling serial killer with no remorse or conscience. It is actually quite eerie to watch and really takes him out of his comfort zone as an actor. 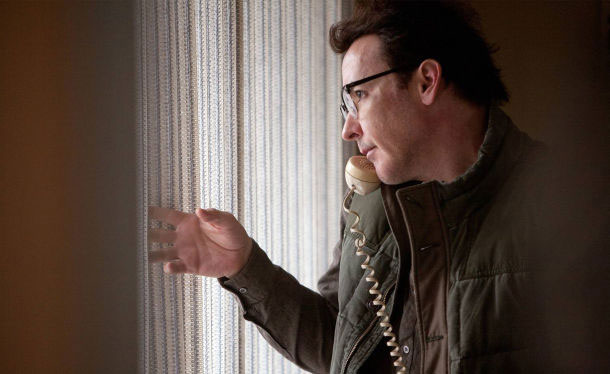 The story goes into high gear when Hansen discovers that Cindy has not left the town and has become a stripper at the local club which begins this deadly game of cat and mouse for our suffering victim. As Hansen is hot on the heels of Cindy, Halcombe is always a step behind which really increases the intensity of this film.

In conclusion, The Frozen Ground is a seat of your edge thriller that throws a few unique twists into the story but for the most part, it is your generic Hollywood thriller that is saved by the excellent Hollywood cast. 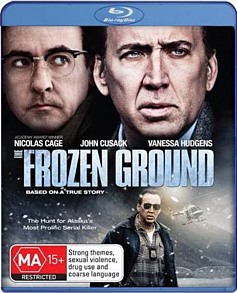