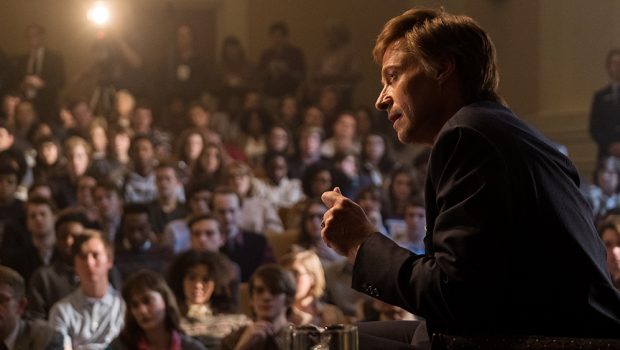 The decline of Jason Reitman’s directorial career is a mystery. The filmmaker who once soared with incredible comedy-dramas, such as Juno (2007) and Up in the Air (2009), has not made a good film since the darkly sadistic Young Adult (2011). Young Adult starred Charlize Theron and marked an important reunion with Reitman’s Juno screenwriter, Diablo Cody.

The trio combined again last year with Tully, which was a generally well-received film about parenting. Some touted it as a return to form for Reitman after some terrible films, including Labor Day (2013) and Men, Women & Children (2014). However, Tully was still wildly uneven and failed to match Charlize Theron’s impressionable performance.

The Front Runner, a drab political drama about the former presidential candidate Gary Hart, prolongs Reitman’s creative slump. It should have bypassed a cinema release and been released on Netflix. It is not consistently funny or dramatic enough to engage. It is also highly indecisive about is who the most interesting person on the campaign. Consequently, it ends up being too even-handed and saying very little.

Despite the star power of Hugh Jackman playing Hart, US audiences ignored the film. Jackman isn’t responsible or unpopular though. Logan (2016), Jackman’s final Wolverine movie, was a huge hit. Comparatively, Runner was a financial bomb. One website suggested that it earned as little as US$76k almost a week after its release. It is hard to sell films about politics to American audiences let alone mediocre ones.

Jackman plays Hart during the 1988 presidential election. He is the front runner in a comfortable race that only has three weeks left to run. However, Hart makes the mistake of telling the media to follow him because he argues they will grow bored.

He is soon engulfed in a scandal that creates friction within his campaign, with his wife, Oletha (Vera Farmiga), with whom he has already separated, and with his daughter, Andrea (Kaitlyn Dever). The drama results from a news story that Hart had an affair with Donna Rice (Sara Paxton). The story threatens to derail Hart’s presidential run, but he argues that the voters will not care. 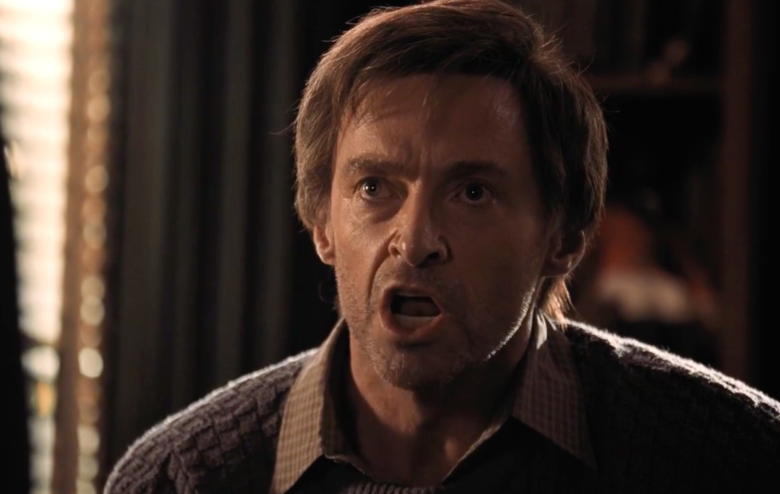 Reitman’s treatment of the film lacks visual and structural finesse. The film is talky and there are no lasting cinematic images. Some of the film was shot on handheld cameras where the actors are predictably filmed in drably staged scenes where they talk using campaign banter.

One of the film’s screenwriters was Jay Carson, Hillary Clinton’s former press secretary. He was included presumably to heighten the film’s realism. However, the disparity between authenticity and cinematics is evident in the failed attempt to capture the depth of the campaign. There are too many underwritten characters and underused actors present.

The film’s dilution of Hart as its subject results in an unfocused and overly fragmented form. It is a jumble of perspectives and characters. Numerous scenes could have been cut without altering the film. For example, Gary competing at an axe throwing contest and a scene where a man pushes through the media to play cards with Oletha and Andrea are superfluous moments. 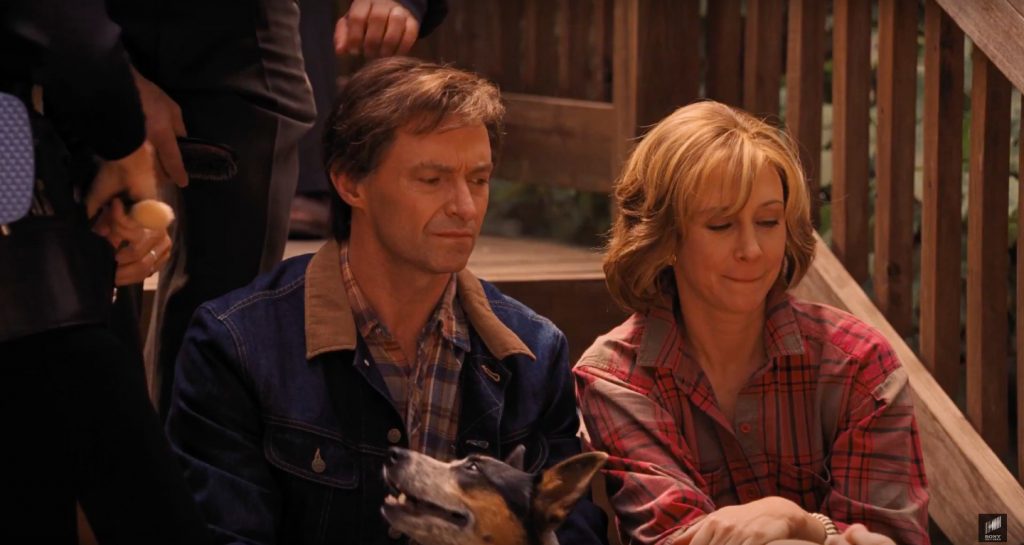 It is possible that Hugh Jackman’s portrayal of Hart was minimised in post-production. His overly aggressive nature, including shouting too many of his lines, means his scenes fall flat. The way he becomes enraged at a reporter for asking him questions about being faithful verges on comical. The film is also disinterested in his political ideas. It cuts away right at the start of his speech about economics.

The clumsiness of the drama is typified by an embarrassing scene where three journalists sneak towards Hart’s house while tucked together as though they’re being inconspicuous. When they find Hart waiting in an alley for them, he growls, ‘good evening, gentlemen!’ The dialogue and staging of the confrontation become unintentionally funny.

For long stretches, Runner forgets Hart entirely and focuses on the reporters who pursue him. Tom Fielder (Steve Zissis) breaks the story about the affair for Miami Herald, and A.J. Parker (Mamoudou Athie) is a young reporter from the Washington Post who asks difficult questions. 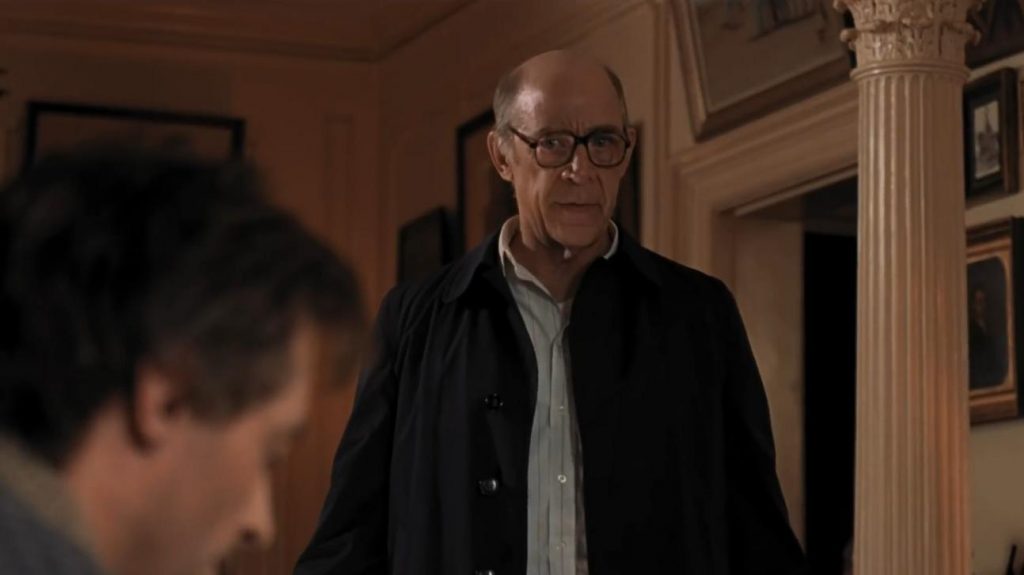 Likewise, Hart’s campaign manager, Bill Dixon (J.K. Simmons), has worked with him for many years and wants answers. Dixon shares some scenes with Donna Rice, but her best moments include the ones where she bonds with another woman working on the campaign. Admittedly, it feels like a valid attempt to undo some of the misogyny that has filtered in and out of Reitman’s tepid filmography.

Though some of Rice’s dialogue is bizarre, such as asking if there will still be a position for her after everything that has happened. Meanwhile, there are not enough scenes with Vera Farmiga as Oletha because when she is on screen she brings some much-needed emotion to proceedings.

Through a jumble of perspectives and characters, the film’s stance on the media is confused. Hart tells the media to follow him but grows angry when they uncover his past. Simultaneously, his campaign feels he owes them an explanation for his behaviour. However, departing from Hart as the film’s protagonist means that Reitman’s viewpoint is too even-handed. He highlights the media’s intrusiveness but then champions journalists for being upfront.

Does he think the media should remove itself from the personal lives of public figures or should journalists ask politicians like Hart tough questions? He has his feet awkwardly placed in both camps. Instead of making one strong statement for or against the intrusion of the media, the story spreads itself thinly across the collateral damage of the campaign, citing both the reporting and Hart’s actions. It is well-documented that the toughest job in politics is trying to please everyone.