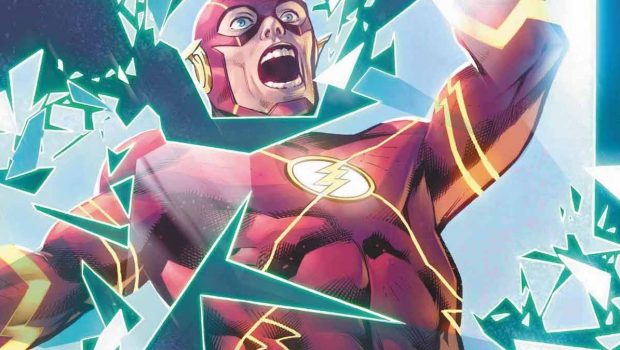 Summary: Can we just get to the force deaths already? Treading water seems to be the books modus operandi. It’s moving too slowly towards shore.

Well, I was right. Now that Barry is happy, everybody else is angry and antagonistic and acting like impulsive idiots. Because of that, Psych is dead.

Yep, Psych is dead. After using Steadfast against Flash and Fuerza he went on the run. The issue ends with Barry trying once again to outrace death. But because the speed force is dying, Barry’s top speed isn’t nearly what it was, and Psych becomes a shriveled corpse. With the next issue titled Death of the Sage Force, it looks like the speed force isn’t going to be the only one dying. 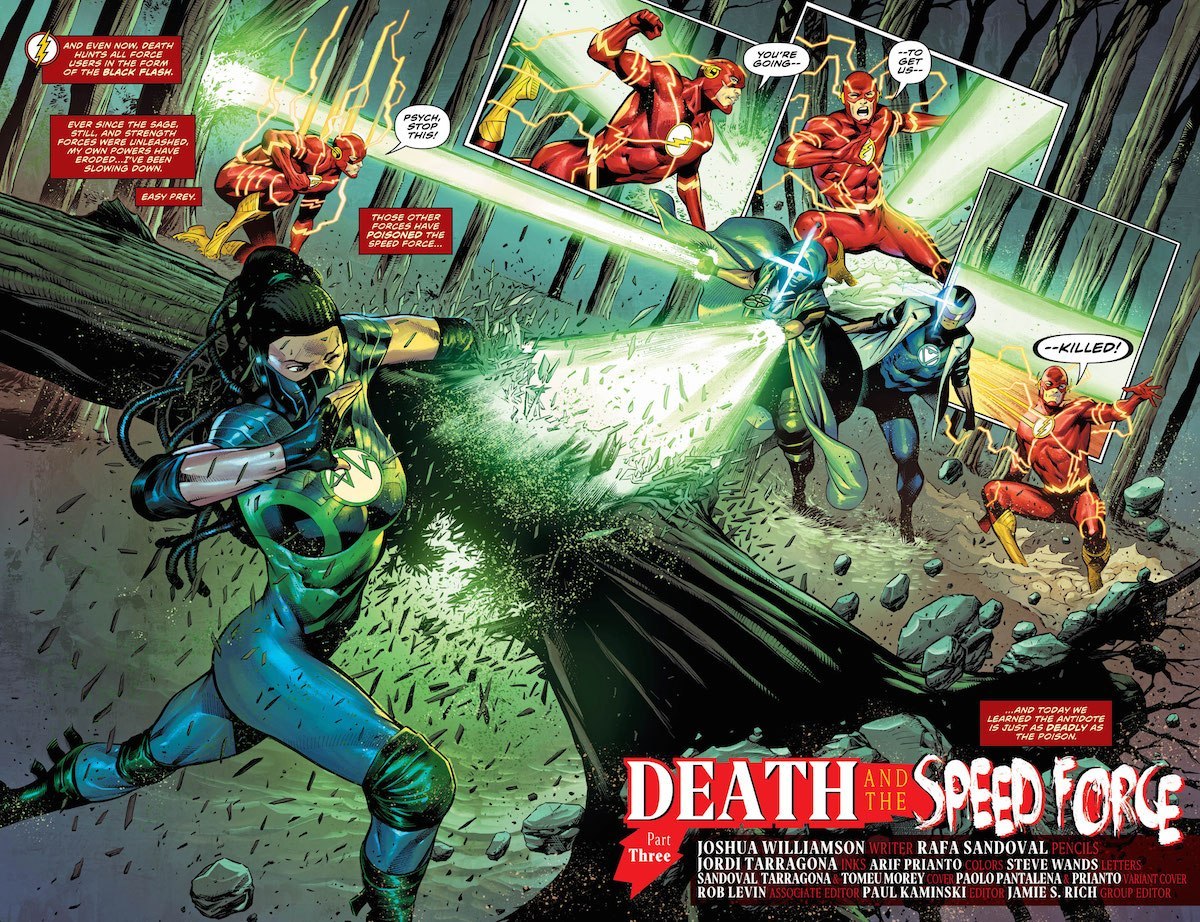 But back to the other characters. Barry brings Steadfast and Fuerza to the new “Flash Cave” (it’s not a cave and it’s not called that, but let’s be honest here, it’s a Flash Cave.) and Commander Cold lets them know that Black Flash is an avatar of death. Fuerza and Steadfast get subdued by Cold and Barry has an hour before they break free of their restraints. Barry also decides that he’s going to let the speed force die to save others who use the different forces.

While I understand his reasoning, wasn’t his whole epiphany about not working alone and letting others in? I’m sure Wallace and Avery (and Bart and Wally) for that matter, won’t be too happy about Barry making that decision for them.

Can we just get to the force deaths already? Treading water seems to be the books modus operandi. It’s moving too slowly towards shore.

I miss Jesse and Max. 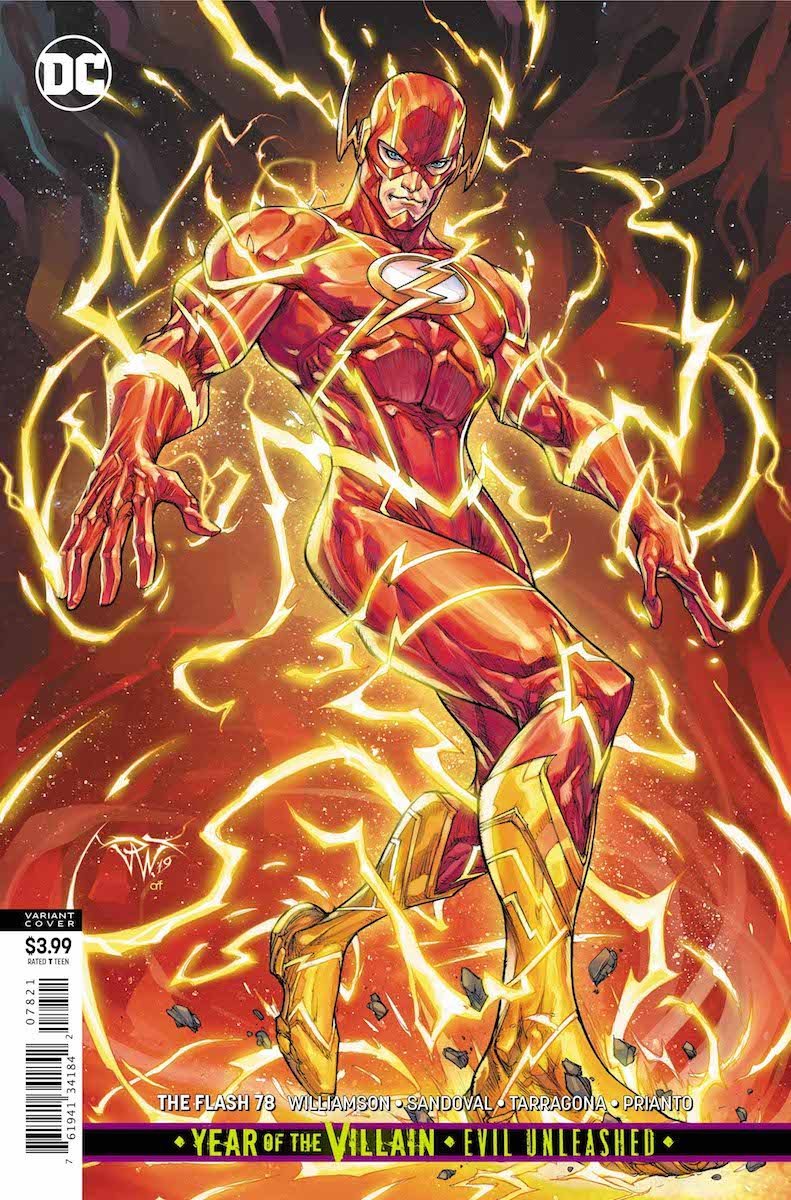