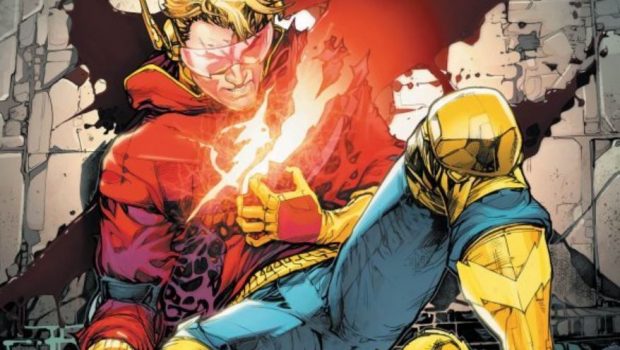 The Story: Barry heals himself from the bullet he took while stopping some hoodlums and has a nice chat with Iris. He then does the monumentally stupid thing he could and GOES TO VISIT the Turtle in prison. Of course this backfires on him and now The Turtle knows who he is. Barry gets standoffish with Iris and is a jerk about his mothers case. To make up for it, he prepares to tell her what is going on when a hulked up Turtle comes to scene on the cosmic treadmill with a Barry Allen on a leash.

Art – The art on this book has been consistently great since the start of the New 52. I love the way that the little lightning shocks are accentuated and The Turtles green energy clashes with said lightning bolts.

Commentary – I’ll be honest, I really enjoyed The Turtles new origin in this issue. He obviously has let his power corrupt his mind (or maybe it was the years of stillness that drove him insane), but with his intentional killing of his family, he finally leapt over the line of no return.  I now believe in the Turtle as a credible threat. As much as he has been built up in Snyder’s Justice League, he still felt kind of flat. Now he’s a badass instead of some dumpy old dude who once drove Wally temporarily crazy with illusions.

As for the Barry/Iris stuff, it’s nice seeing them come across as an organic couple. Barry’s still maturing and learning as a hero, so I’ll forgive his mistake of visiting the turtle. All that aside, I said last review, this better all be going somewhere important, or I am going to be royally ticked.

Rating – As a 4th chapter in a 5 part storyline, this is not bad. Barry makes some mistakes, he learns from them, and moves on. One more issue and we are back to the present… WOO HOO! 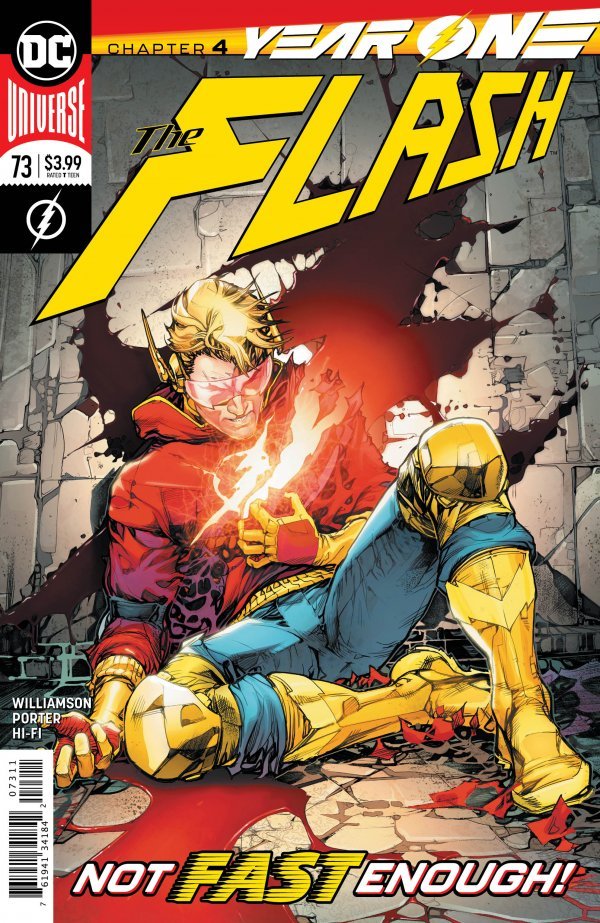