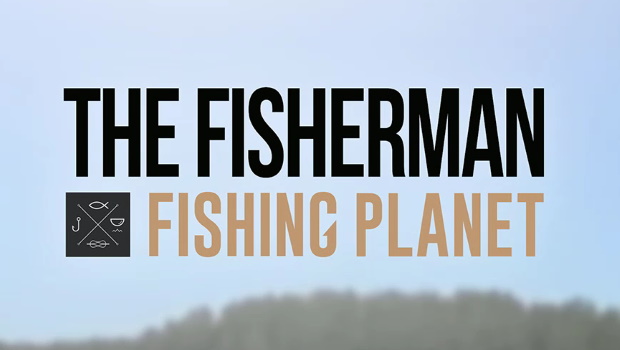 Summary: Cast a line and enjoy the scenery while you wait for a bite.

Sometime ago I came across a game called Fishing Planet… it was a nice little sim with a decent community that was all to happy to help each other with tips for catching the target fish in any given waterway. For some reason I stopped playing that game and had more or less forgotten about it, when The Fisherman: Fishing Planet came along and to my surprise it was that game… but with a lot of improvements!

In the real world, my fishing expertise lies somewhere a smidge over none… which is not to say I’ve never caught a fish… I have caught a few, but a lot of those have been too small and needed to go back. So it’s nice to be able to go (at least virtual) fishing and be reasonably assured I will catch something. To what extent the tips and techniques used in the game can be applied to the real world, I’m not entirely sure but I would imagine they would probably steer you in the right direction of getting a few bites. 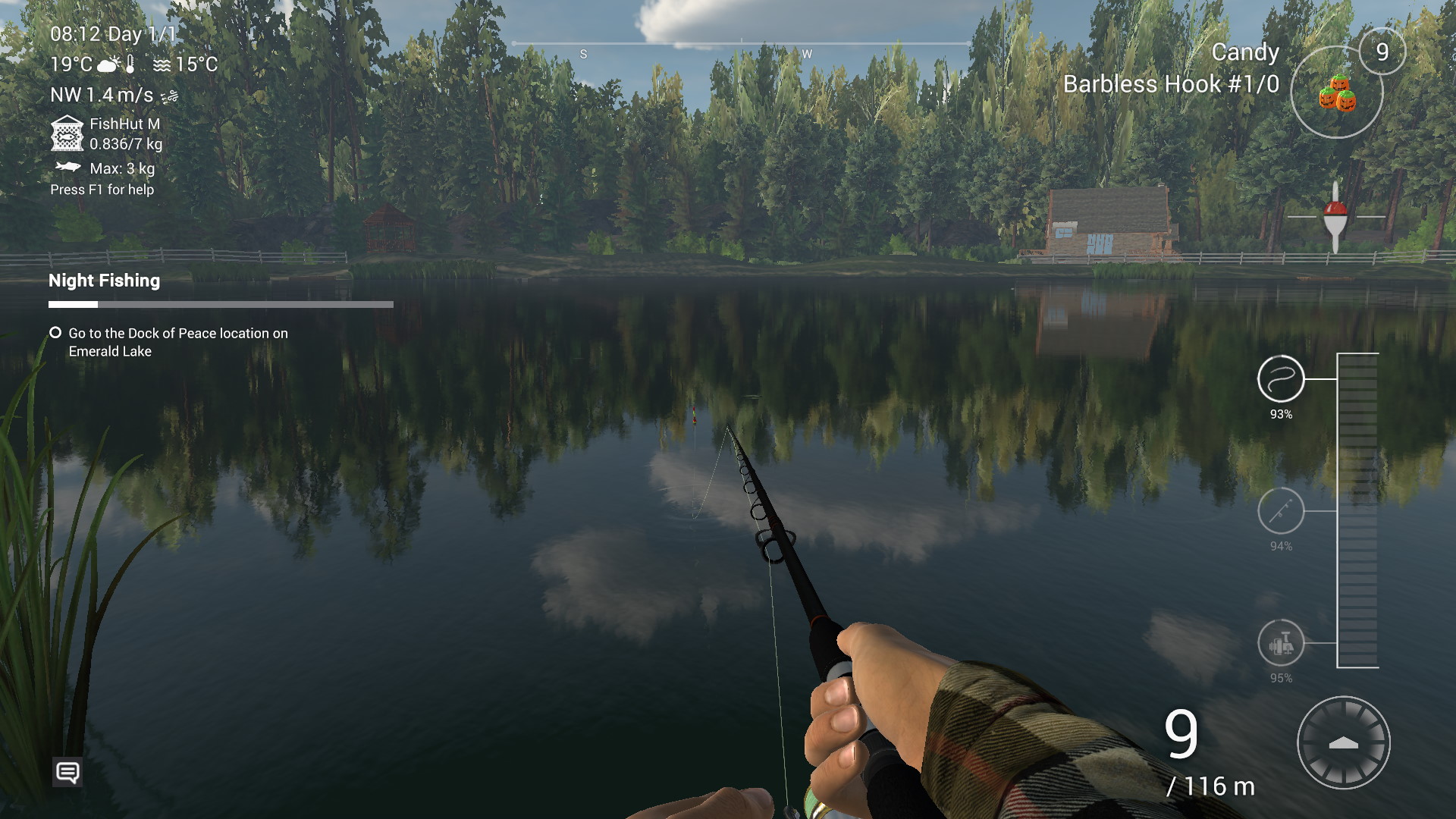 But I digress. The main game, is what you would expect… a fishing simulator, but there’s a decent amount of depth here. You begin with some tutorials that take you over the basics of all the major fishing techniques available in the game, fishing with a float, with a lure, fishing during the day, fishing at night, fishing on land or on the water and so on. It’s a nice way to give you an over view and if you feel you can handle things yourself you can just go off and do your own thing (within reason). 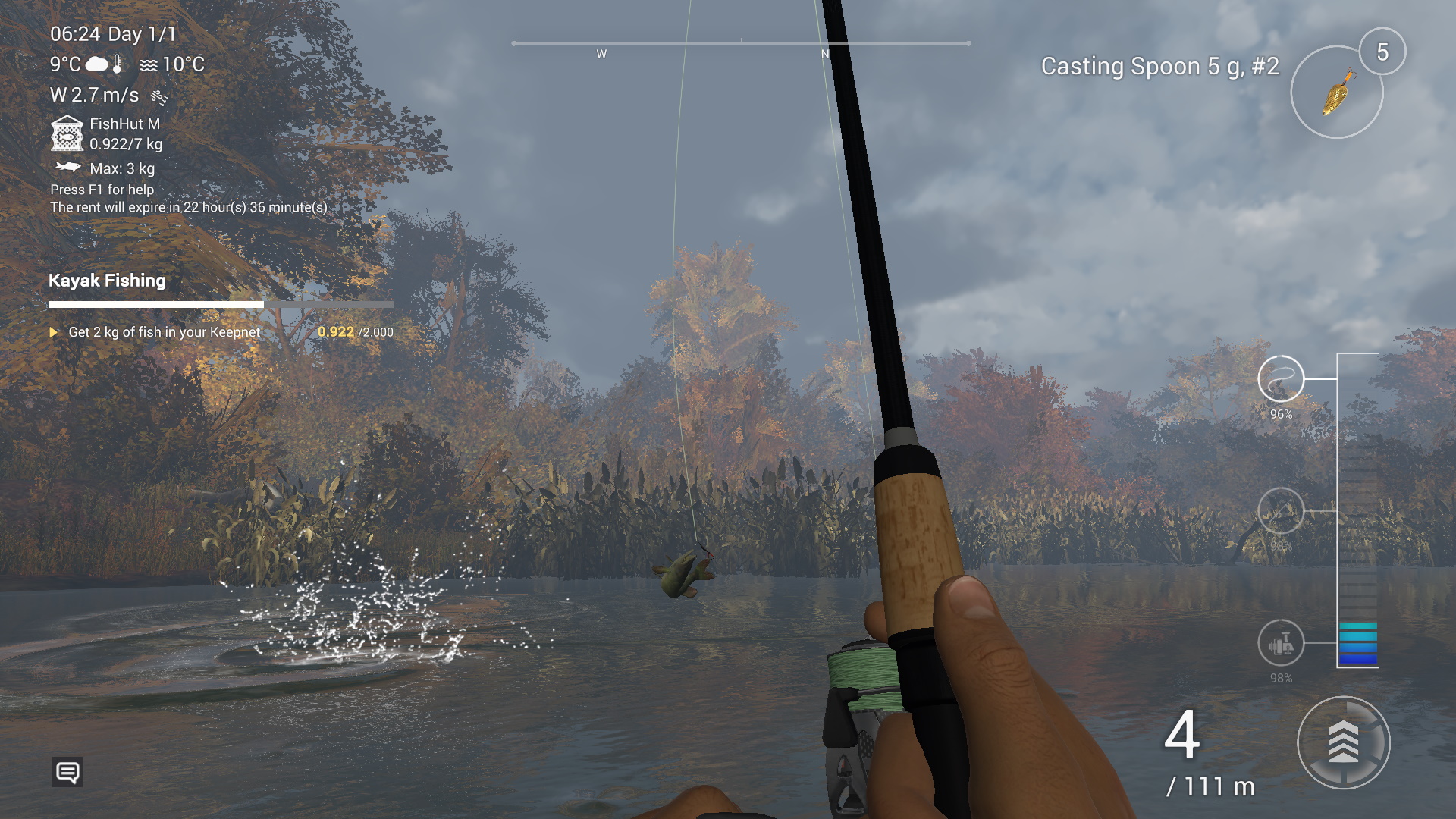 There are many locations you can fish at but the majority will require a license and will incur travel costs. There is more than one type of license though so you need to be careful to read the conditions of the license you purchase as it may restrict the fish you can target or have other limitations, ignoring these restrictions will cost you a fine. Each location has it’s own landscape with ideal fishing spots and some very attractive scenery… so it’s worth traveling around just to see all the locations. 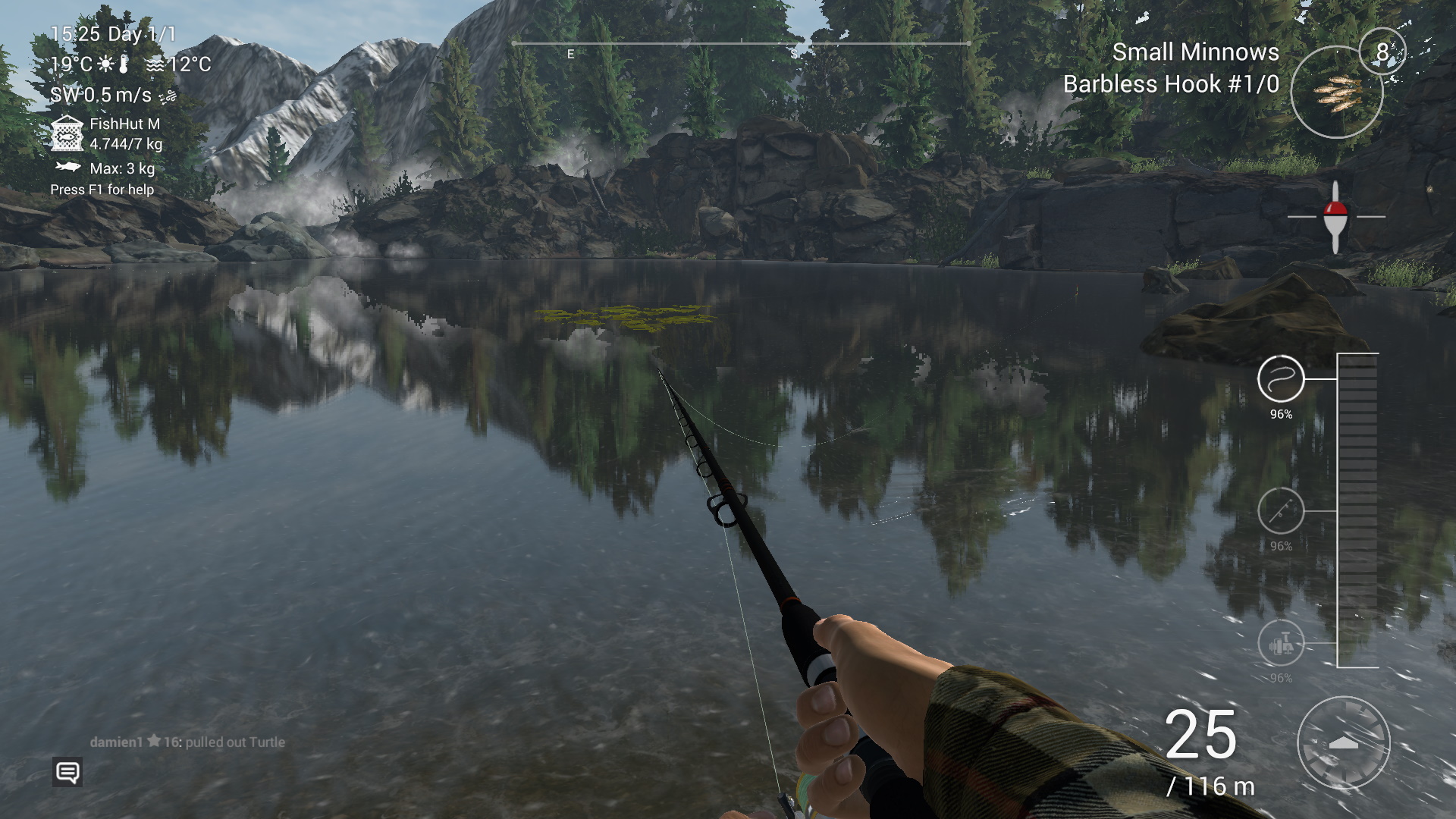 When I first played this game (I presume in an alpha or beta build?) the community were throwing forward their requests for what they would like to see in the game and a handful of those I can remember and now see have been implemented. One is having other players be visible… previously you would receive messages to say other players were fishing in the same area… but you couldn’t see them… now you can see your fellow anglers lining the shore. Perhaps the biggest though was the request for water based fishing and I am quite happy to say that too has been implemented… with either kayaking or boating now allowing you to reach those far out spots to catch the bigger fish. 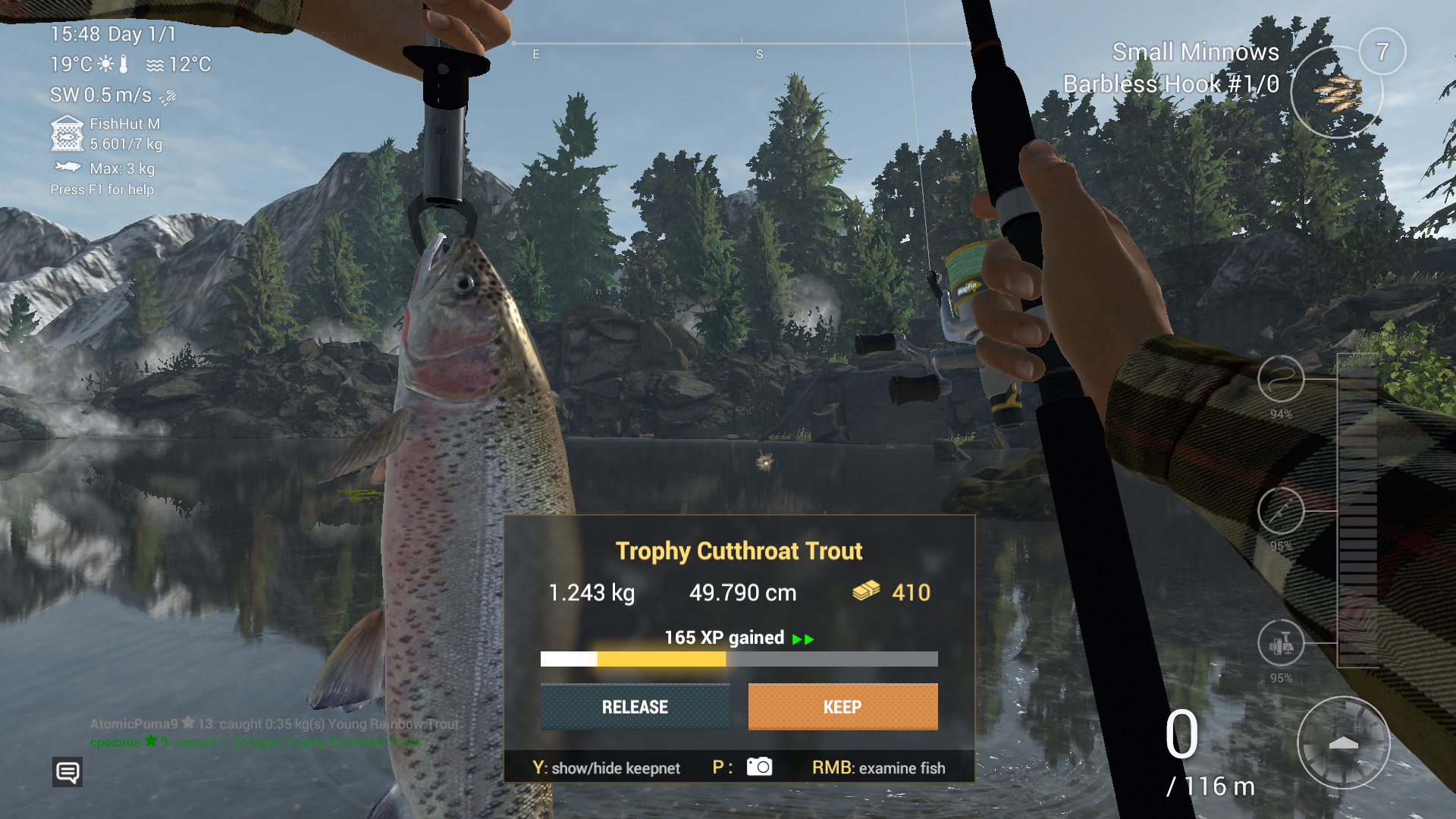 There are online tournaments and special events that you can take part in (seasonal events see you finding things like jack-o-lanterns with bonuses in them… or if memory serves fireworks that you can set off that might just call in an extra special fish)… it all adds a nice bit of extra flare. But the real value of this game, at least to me, is the peacefulness that you can get… just like real fishing. The attention to detail in the landscapes helps with that immersion and I will leave this review with one example of the detail that really put me in the game.

I was fishing one of the locations during the day… it was pretty quiet but a light wind was blowing… when you heard that wind pick up, you could see the surface of the water shimmer as the wind past gently over it… that little attention to detail (that many others wouldn’t have bothered with) just helps immerse you that much more into this lovely world.

It is pretty pricey… so perhaps wait for a special… but if you like fishing and don’t get out to do it in the real world as much as you would like… this might just be a good substitute.