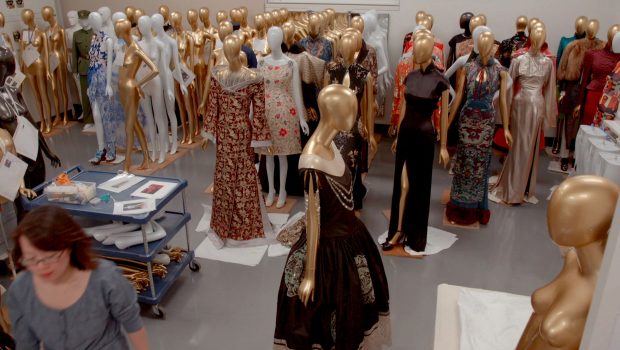 The First Monday in May – Film Review

Late in the documentary The First Monday in May, pop singer Justin Bieber walks through the hallways of a museum with his entourage and then poses in front of a Asian soldier’s uniform and asks if it would look good on him. The moment is hilarious and encompasses the compelling thesis of the film’s director Andrew Rossi: that art and commerce share a dependent relationship and when combined, they form a powerful unified drawcard that can attract and hold a mass audience’s attention. The art show at the centre of this documentary is Andrew Bolton’s work “China: Through the Looking Glass”, which was hosted at New York’s Metropolitan Museum of Art in 2015, and is used to highlight ideas and questions of artistic integrity in the face of commercialisation, along with authorship and cultural appropriation. The way the show “China” was funded was through the Met Gala, an annual charity fundraiser and red carpet event for celebrities. The publicity drew 800,000 people to the show and raised $12 million dollars. By attracting the top tier of celebrities from Hollywood, both the talented and the annoying, the moral questions about commercialisations affect on the art world are visible and offer as many intricate angles of perception as the elaborate frocks on display.

While it is a documentary, May also doubles as a light character study of two contrasting artists. The first character is Bolton, a bumbling and disorganised artist, whose ambition and hubris are never held in check. All of his work is compared to the now deceased artist Andrew McQueen. Determined to prove his critics wrong and escape McQueen’s shadow, Bolton hedges on making “China” three times larger than a normal show. It is an ambitious and poorly planned mess, combining traditional Asian art with highly delicate and tactile costumes on display. One of his major inspirations is the Asian film In the Mood for Love because of its use of colour. He even employs the film’s director Kar-Wai Wong to help organise the show. There are quietly funny and awkward moments when Wong tries explaining clarity and measurement to Bolton, suggesting that if he puts everything into the show people will see nothing. Likewise, when Bolton pitches an idea about including Mao into the show, Wong struggles not to raise his eyebrows above his trademark sunglasses. These moments are part of a larger commentary about the problematic ownership of art. As an Englishman, not someone of Asian heritage, there are huge question marks about Bolton’s authority and the appropriateness of the show. Some Asian critics interviewing him feel that the show is too much about the past and projecting stereotypes, rather than illuminating Asia’s modernity. As an aid on the show, filmmaker Baz Luhrmann proves a surprisingly sane voice of reason, taking exception with a large set of dragons Bolton wants at the front of the show, comparing them to a cheesy waterslide. While Bolton rightfully argues that people have outdated views of art, he becomes a case study in authorship himself, with the film outlining the need for cultural sensitivity when developing the artistic component of a show. 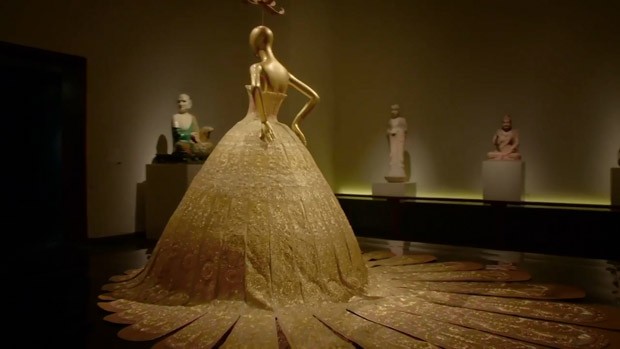 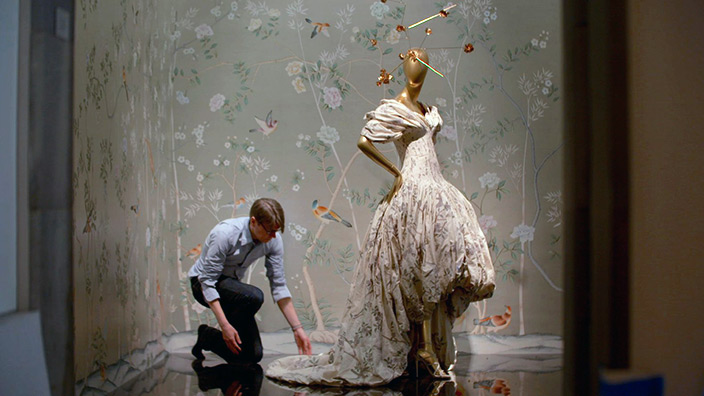 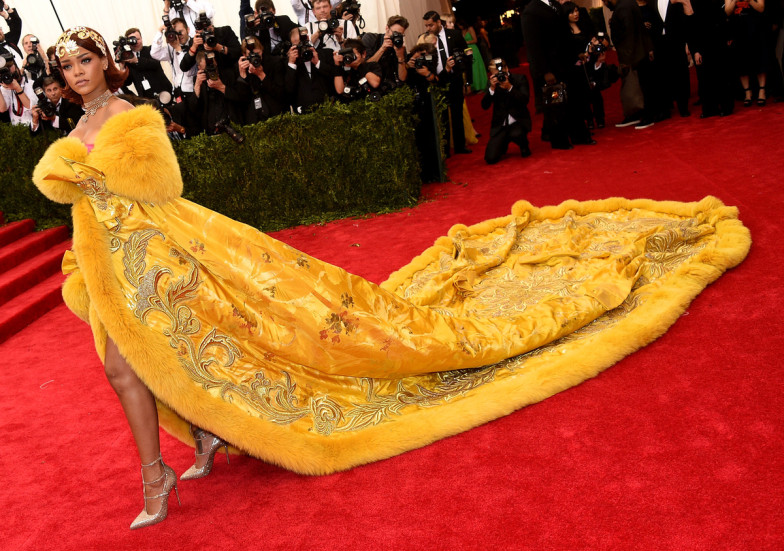 The film’s second character, cheekily juxtaposed with the footage of an Asian ‘dragon lady figure’ from an old Hollywood movie, is Anna Wintour, the editor of Vogue. Much publicised, feared and parodied, Wintour is swift in her decision-making and organisation but has the personal tact of a blood-thirsty shark. Her impatience and steamroller approach is best summarised when someone suggests that people wouldn’t be able to visit the museum if it’s closed and she replies: “They’ll come back next week”. Throughout the film, she is tasked with organising the celebrity arrivals, the budgets and seating arrangements. Some argue Wintour is diluting the museum’s formalism—a point exacerbated by the celebrities on the red carpet. But nothing impedes the film’s own elegance. It has smooth camerawork that often tilts downwards to heighten the size of the hall rooms of the museum. During the red carpet scenes, the camera caresses over the celebrities in slow-motion as though time itself is holding its breath for them, adding weight and poise to their presence. The contrast in images that follows is intriguing. In one scene, singer Rihanna talks about bringing cultures together and then proceeds to jump onto a table to sing her song “Bitch Better Have My Money”. Once it’s safe not to cringe anymore, Bolton himself is photographed walking through the lonely corridors of the showcase, which most of the celebrities have passed through and probably long forgotten. It’s true that the American celebrities draw a lot of people and money to these events, which will then be used to fund more fashion projects. But is one culture, mainstream American pop for example, overshadowing the more exotic and interesting ones in the Asian artworks? Is Justin Bieber diluting the seriousness of the art or is he a newfound publicist? The film made me ask these questions and consider the problems of appropriating someone else’s culture. It is more than a glossy celebrity cover shoot. It has both beauty and brains.

The First Monday in May – Film Review Damien Straker
Score

Summary: It is more than a glossy celebrity cover shoot. It has both beauty and brains.