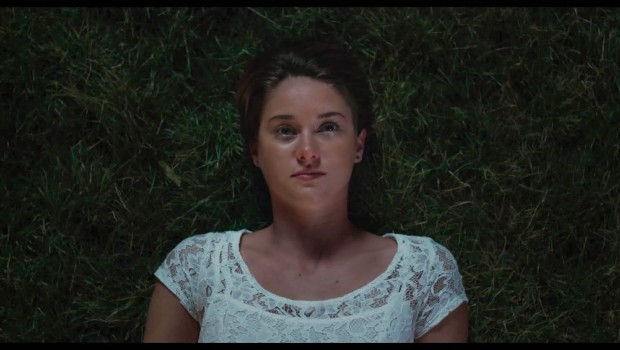 The Fault in Our Stars – Film Review

What inspired John Green to write his six novels, including “The Fault in our Stars”, was the suffering he witnessed during his five month stint as a student chaplain in a children’s hospital. In an interview with The Sydney Morning Herald he explained how this experience shaped his religious and social views: “I was enrolled in divinity school and thought I was going to become a minister – I’m Episcopalian – but I was disavowed of that notion pretty quickly while working at the hospital.” One lesson he learned was the joy that could be found in a short life, a central theme of this film adaptation. Green has a double major in English and Religious Studies, which helped to develop and sell the novel. It was on the New York Times bestseller list, so the film treatment was inevitable, particularly at a time when young adult books are servicing teenage girls where Hollywood has failed them.

I haven’t read the novel but from watching the film and learning about Green’s background it is clear there are religious metaphors explored in both texts. This adaptation is about Hazel, a teenage girl who was treated for thyroid cancer as a child and now carries an oxygen tank with her everywhere. Due to the weakness in her lungs, she is bored, alone and prepared to die. In a recovery group, she meets a young man named Augustus who lost one of his legs to cancer and they toy with the idea of a relationship together. Through his religious values Green is using both these characters as a metaphor for Christ’s suffering. Christ died at thirty-three, a young age, but the Bible suggests his death helped enrich people’s lives. Similarly, one of the key lines of the film is “pain must be felt”, which stresses the importance of understanding one’s preparation for death and also remembering people with fondness once they die. 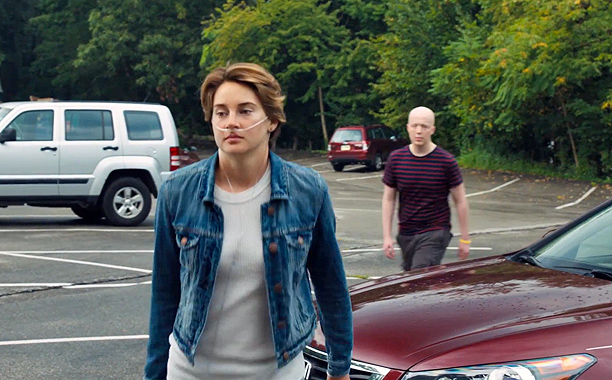 The title of the story is more ambiguous but also encompasses its own Biblical connotations. The love interest in the film is Augustus, which is a significant name in the Bible. Caesar Augustus, ruler of the Roman Empire, was influential in Christ’s birth when he ordered a census be taken for every living person. People had to return to their own towns to be registered, which sent Joseph back to Bethlehem and where Christ would be born. The Star of Bethlehem led people to discover the birth of Christ and later redemptive suffering. Augustus is a Christ-like figure, a star for Hazel, because he helps her discover the beauty in pain by adding love and joy to her life in spite of the inevitability of their deaths. 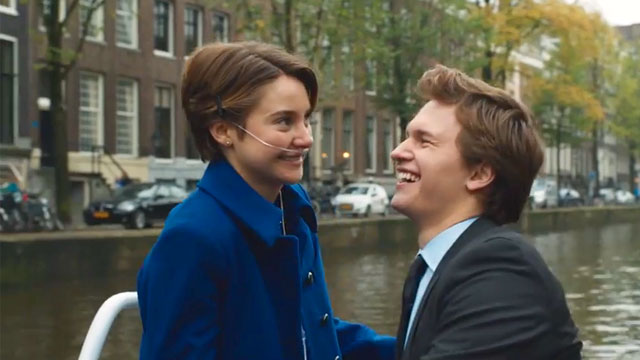 An early scene in the film pokes fun at some of these ideas, with the recovery group being organised by a religious man who lays out a mat with a picture of Jesus on it. The scene is funny and cynical because it’s easy to scoff at him when seeing what the kids have been through. The first shot of Augustus’ titanium leg gives a frightful jolt. It’s one of the film’s few real moments. Yet these same religious undertones in Green’s book must have impressed a lot of people. Green is part of the Episcopal Church, a denomination of Christianity, which would have added to the novel’s bankability. Through Twilight Stephenie Meyer transformed conservative religious values into a rich commodity and Mormonism was suddenly cool again. 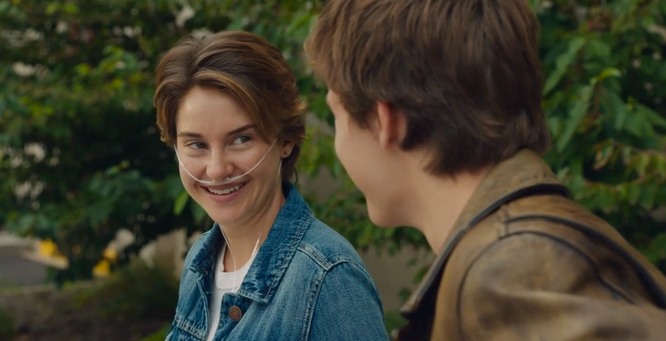 In the wake of Twilight’s conservatism, it is a shame that this fascinating material has been given such a risk-averse treatment. The director was Josh Boone, whose only other feature was Stuck in Love. His direction lacks creativity and the film suffers from it’s over length. The camerawork is largely static and few staging directions have been given to the actors, who are either standing stationary or sitting down. The best choice he makes is planting the camera in tight close-ups on Hazel’s face. She’s played by Shailene Woodley (The Descendants, Divergent), a gifted young actress who raises the material because of the natural expressions she discovers on her brow. During an early group meeting, she shows her discomfort with Augustus looking at her only through her expressions, no words. Conversely, Boone lets the co-lead Ansel Elgort overact with a theatrical style of acting and such overt niceness that it lessens the believability of his near-perfect character. 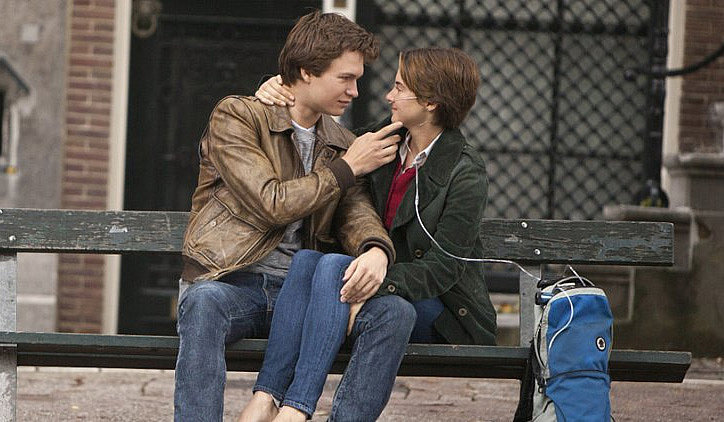 Some of the blame should fall on the source material and the film’s screenwriters. Scott Neustadter and Michael H. Weber wrote The Spectacular Now, but their script is sorely lacking in conflict between the leads. Augustus and Hazel’s pleasantries drain the film of any tension. They’re better conservationalists than Bella and Edward, discussing the inevitability of oblivion, but the plotting around them is dull and increasingly episodic like book chapters. Too little is also made of the adult characters, with Laura Dern given a terribly underwritten role as Hazel’s mother. More conflict could have been generated through the desires of both sets of parents. Twilight was foremost about chastity but hid it well under the vampire genre. This film suffers a similar fate: it is about dying, grief and remembrance but spends considerably more time on whether Hazel and Augustus should date or not and swanning around Amsterdam. It is an injustice to Green’s experiences because he saw real suffering, which doesn’t translate here nearly as strongly as it should.

The Fault in Our Stars – Film Review Damien Straker
Score

Summary: In the wake of Twilight's conservatism, it is a shame that this fascinating material has been given such a risk-averse treatment.