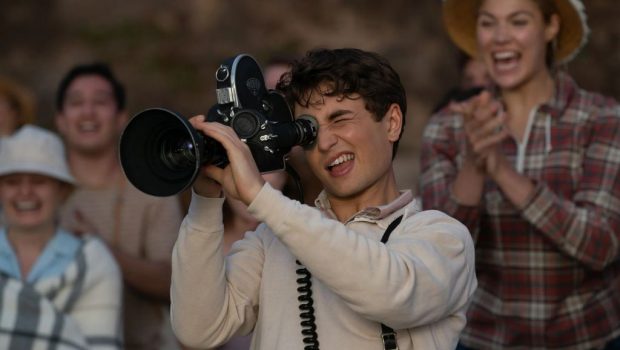 Summary: An excellent coming of age story that you go along with even though you know exactly how it is set up to play with your emotions.

A fictionalised version of Steven Spielberg’s “coming of age” story as a director but with the names changed to protect the innocent and some things changed around to make it more dramatic for the screen exactly how you would want with a movie.

Gabriel LaBelle plays the young Sammy Fableman a nervous youngster with a loving family including his brilliant scientist father Burt Fableman (Paul Dano) who explains the world in strictly scientific terms and his mother Mitzi Fabelman (Michelle Williams) a talented concert pianist who gave it all up for her family. His “uncle” Bennie Loewy (Seth Rogen) is quite a surprise as he disappears into the role.

Young Sammy first gets his love for cinema when his parents take him to see the Greatest Show on Earth and he is traumatised by the train crash scene. He then gets chastised for trying to recreate it, but his mother has an idea that he can film it once and then replay it many times and not destroy his toys (Steven Spielberg admitted he “punched up” some of the shots from the original but it is pretty much the same.)

Soon he is making 8mm shorts with the help of his sisters much to his parents’ annoyance as he gets a bit too into it. When his father is offered a new role in Arizona the family moves, but Mitzi insists uncle Benny comes along too.

Cut to a few years later and Sammy is making short films with the help of his Eagle Scout friends to get the photography merit badge. Things are interrupted when Mitzi’s mother dies and his father insists that he make a short film on the expensive editing machine that he has been asking for to cheer her up.

The brother of the grandma arrives, Uncle Boris (Judd Hirsch), who is pretty much playing the role he plays in a lot of movies as the elder Jew with a lot of knowledge that you should listen to boy, you could learn something. He is also the stand-in for the one person in the family who is the black sheep who ran off to join the circus and ended up making his life in it.

Editing the film based on a family camping trip, Sammy finds that his mother and his uncle have started being a lot closer than he is comfortable with and he gets really angry with her and freezes her out. In the meantime his father has been offered a new role out in California and cannot take Uncle Benny this time. Sammy decides to give up film making but his uncle Benny buys him a camera anyway.

Out in California his father is doing well in his job but the rest of the family is not fitting in and is isolated. Mitzi is having mental health issues before anyone knew what that was and Sammy is bullied by antisemites in his high school. After one bullying incident when he is forced to say what he saw was a lie, he ends up with a girlfriend out of it, so swings and roundabouts.

He does end up making a film again for the school and the actor really did learn to cut film for the movie. Steven Spielberg said that he misses working with physical film and the process involved. As is shown in the movie it was very expensive to get back in the day and more a thing for richer people to do as a “hobby”, which is a point of contention with his father who does not see it as something he can make a living off.

I will skip out of revealing the “Hollywood” moment at the end, but it did remind me of the scene with Orson Welles asking the Muppets to sign the “standard rich and famous contract” at the end of the Muppet movie.

Steven Spielberg has said that his family has always wanted him put them in a movie, but he never got around to doing it when his parents were still alive. The screenplay was a project with Tony Kushner during lockdown in 2020 and developed from there. Also there are a lot of scenes with the family by themselves as it was shut during COVID restrictions but you really can’t tell unlike a lot of other movies that have been released recently.

A lot of the incidents may have been based on things that may or may not have happened such as the casting of his bully in one of his shorts, which did happen but it was the World War II short to help him confront his fears. Despite what happens with his parents sometimes you have to accept that people are happier when they are not together and with someone else.

My favourite performance in this would have to be Seth Rogen as uncle Benny as he is so sweet and genuine and not really doing his normal comedy role at all where it is very over the top. The best part is when he does the bit with the “one last hug” and gives Sammy back his money without him realising it (he has already driven off by then).

You are well aware that this film is playing with your emotions and know exactly what it is doing but it is done so well that you go along with it. Any lesser director and this approach would be met with scorn or consigned to a multi-part streaming show that has dragons but you don’t have to kill anyone to show emotion and real feeling you just have to show real life well.

This is also the last score of John Williams who is retiring from the business after many years and it seems a fitting time to go out on a film by a director he helped make famous with his work.

A fantastic late career work from a master and something that he has wanted to make for many years. A lot of the older directors maybe might not have that many films left in them but hopefully Stephen Spielberg gets to stick around for at least a while longer. 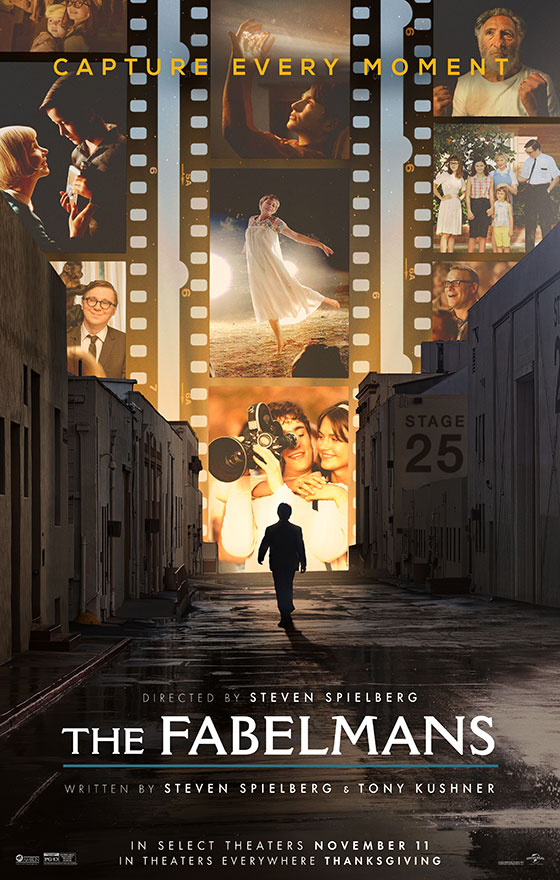