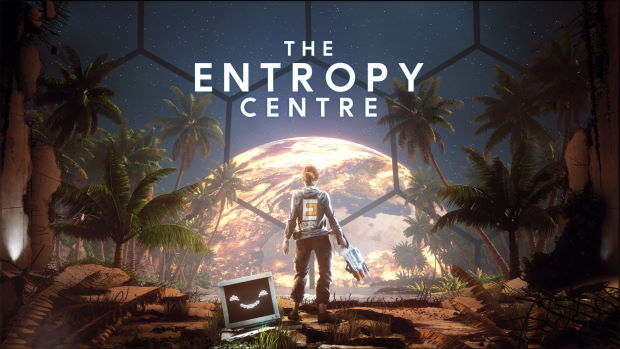 Summary: The worlds of Portal and Tenet combine to bring a puzzling game about turning back time.

I could make this the shortest effective review possible by saying “The Entropy Centre is essentially Portal crossed with Tenet”. That is essentially the core of the game summed up… ok fine I’ll go into more detail. 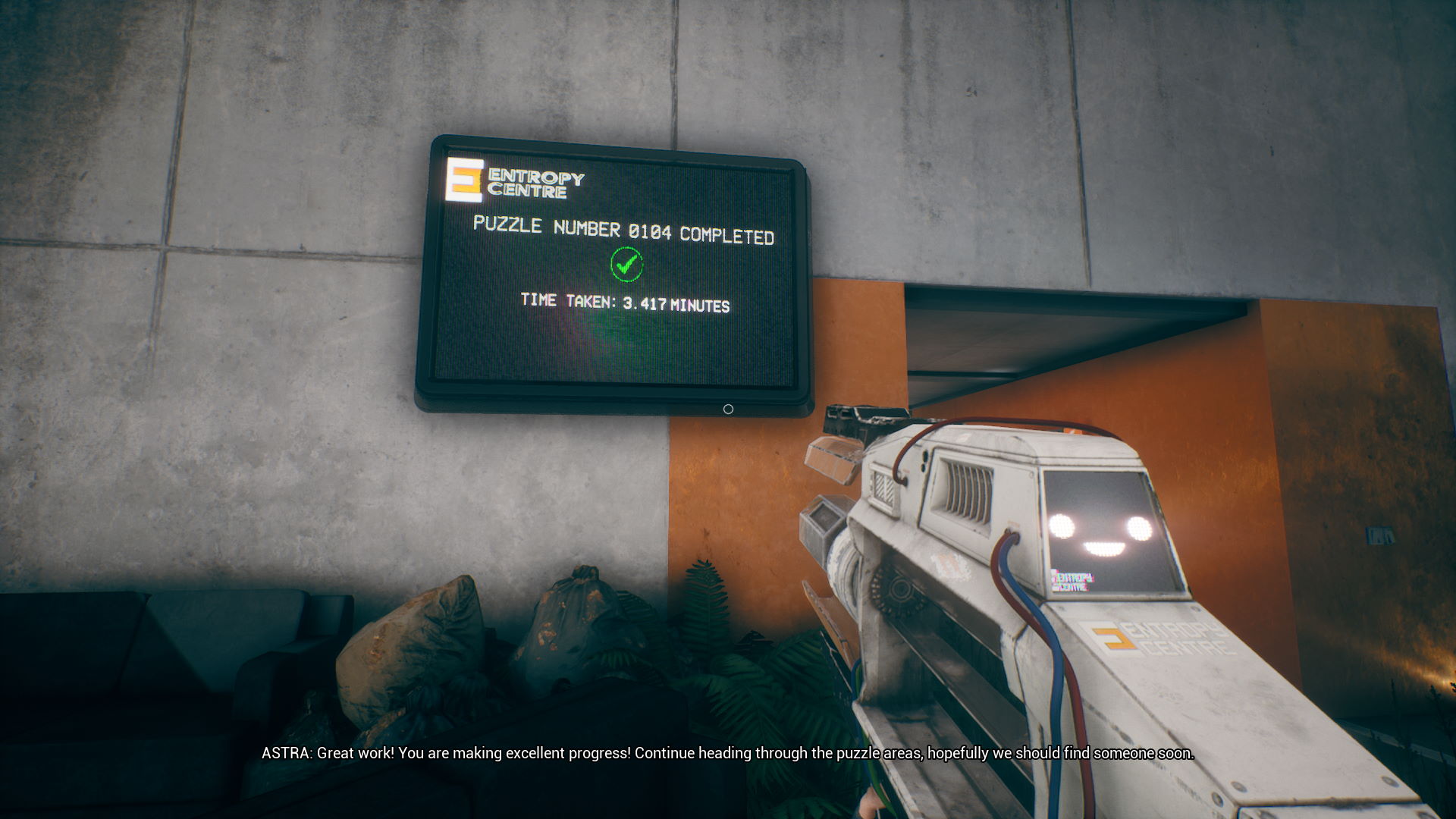 Much like Portal, you find yourself as seemingly the only living thing in a vast testing laboratory. Again like Portal, you find that there are some AI around the place to help you get a grasp on what is going on and what you can do to try and “fix” things. Unlike Portal… your “gun” doesn’t shoot portals but rather a time reversal stream. Various items and objects you come across will be highlighted, indicating that you can reverse the last 30 seconds or so of their activities. Say for example that as you enter a room, a gantry collapses in front of you. Target it with your “gun” and pull the trigger then watch as the gantry reverses through it’s descent and reforms back as new. 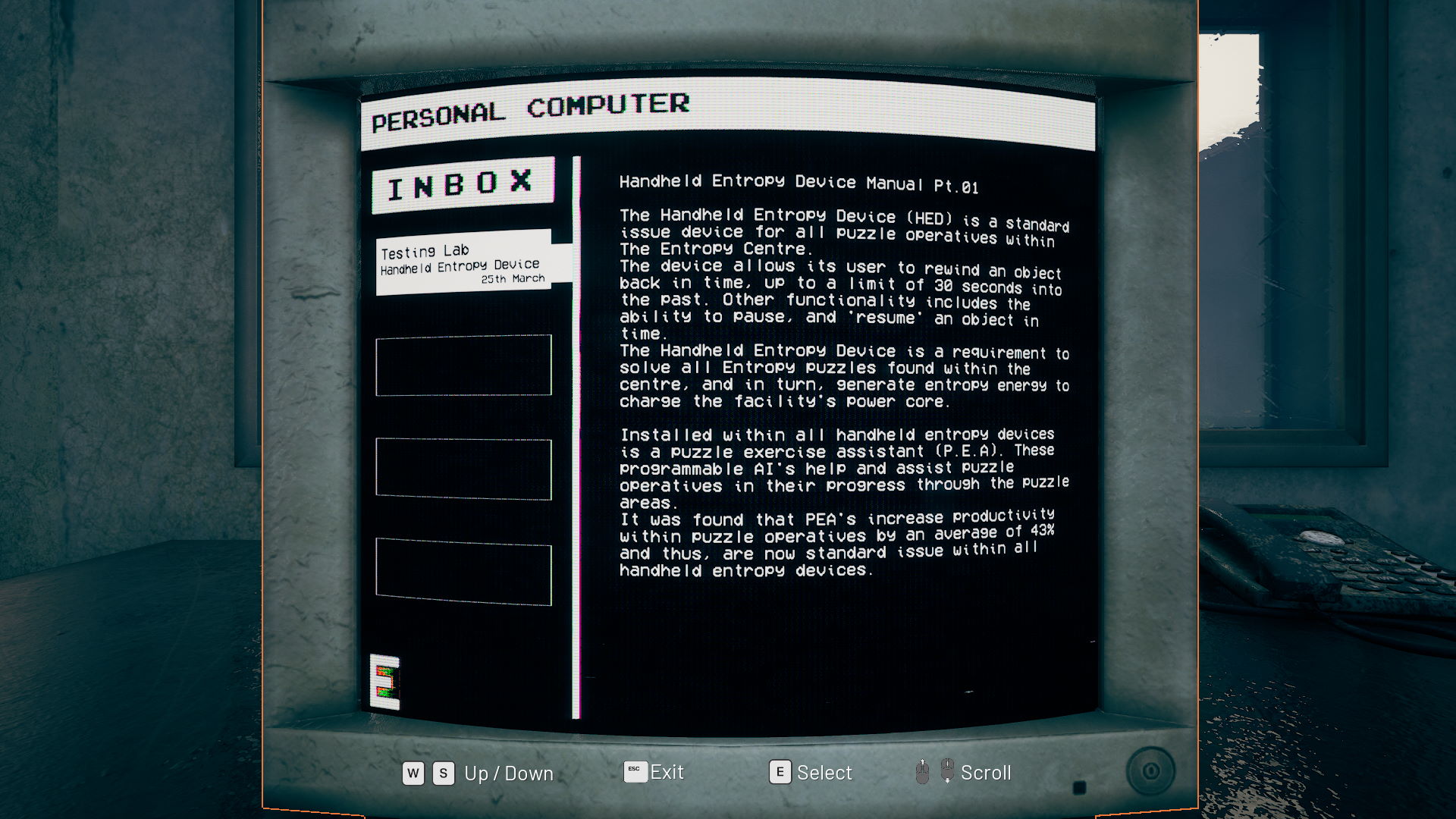 The puzzles feel very Portal like too as they often involve moving objects (cubes onto pressure plates, platform making cubes, jump pads etc) to activate certain items and in the right order. Problems tend to require you to think through what order you need to perform tasks with objects so that you can use the item for one task… move to another location then reverse the object to a previous location which then helps you move further forward and so on. It’s a fun way to stretch the grey matter with some being straight forward and others requiring a few attempts before the sequence makes sense. 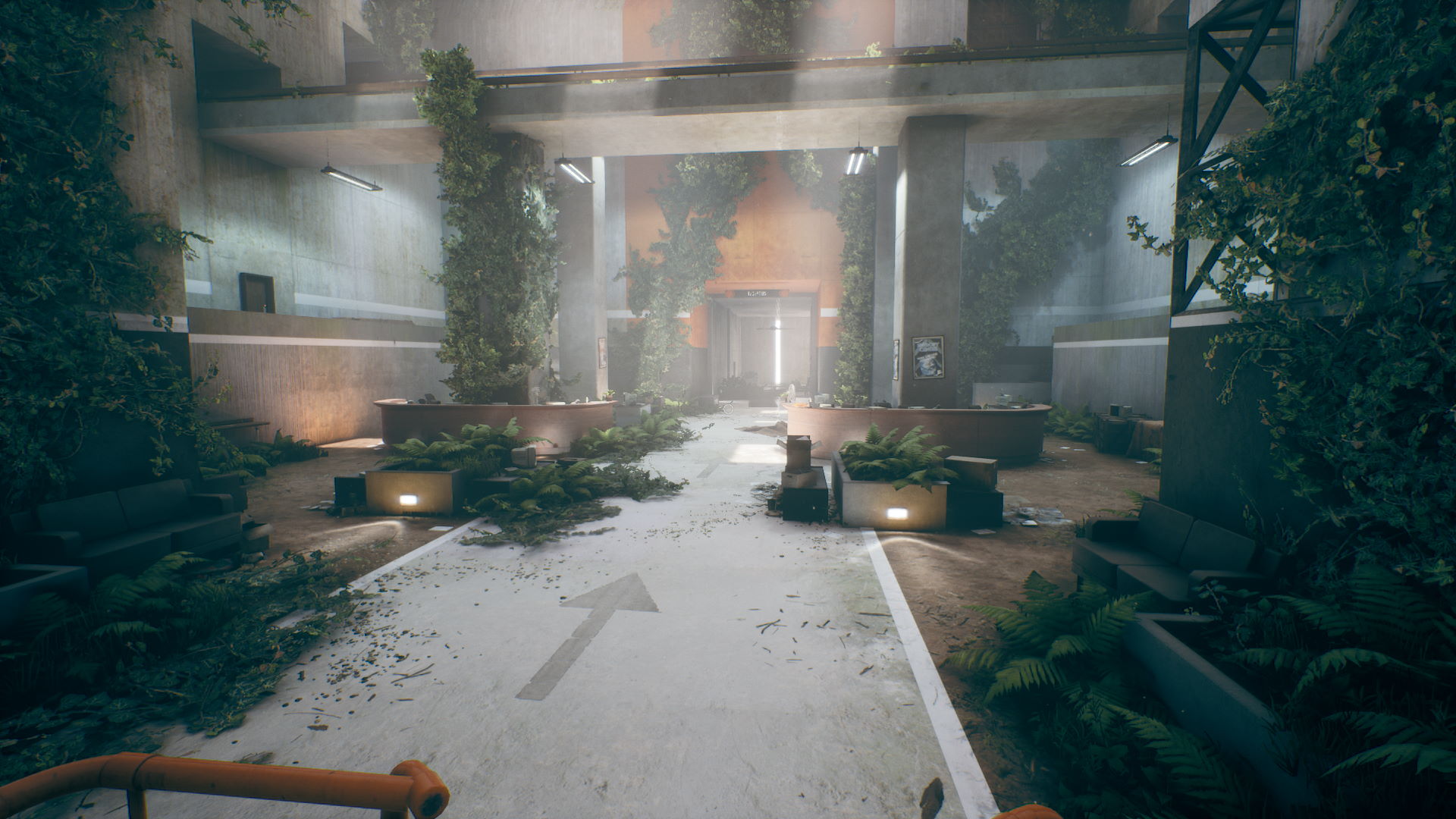 Visually The Entropy Centre is quite pretty too… I did notice a couple of graphics glitches as I looked at some gaps in walls but nothing major and you had to look from the right angle at the right spot so it really wasn’t something that jumped out. The main AI companion (installed in your entropy “gun”) is quite charming and adds a lot of personality. The cuteness is ramped up later when you get to interact with the little mobile robots (well… until they try and kill you). 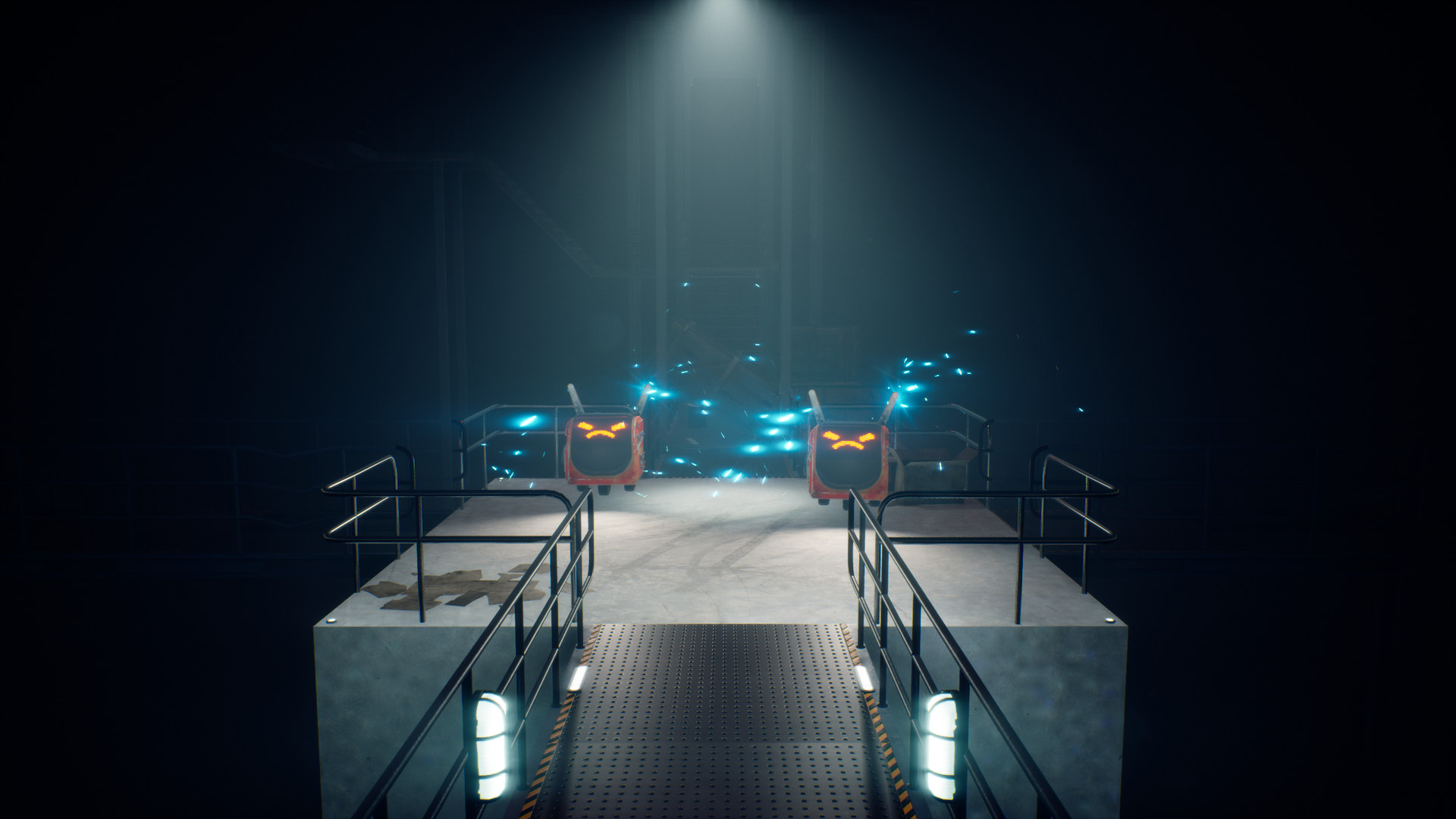 There’s some nice little back story and context provided via emails you can access from certain computers… little personal notes passed between staff, anecdotes about attempts to use entropy devices to set up family with lotto numbers, misadventures of cats and other such notes that add a sense of life to the location and adds to the mystery of what happened.

If you like puzzle games then this is a definite must have… especially if you love Portal!