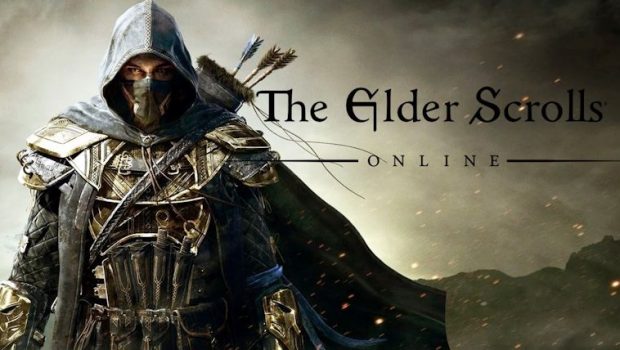 THE ELDER SCROLLS ONLINE INTRODUCES ELSWEYR, THIS YEAR’S MASSIVE NEW CHAPTER, AND THE YEARLONG SEASON OF THE DRAGON STORYLINE

Moments ago, live on Twitch, we took the wraps off ZeniMax Online Studios’ 2019 plans for the award-winning online RPG The Elder Scrolls Online. There’s a lot to unpack here so stick with us. Here are the highlights:

The Elder Scrolls Online: Elsweyr will release for PC/Mac, Xbox One, and PlayStation 4 on 4th June. PC/Mac will be available in Early Access for pre-order customers on 20th May. Learn more about the game, pre-order bonuses, and Collector’s Editions at www.ElderScrollsOnline.com.

See below for details on the new Elsweyr Chapter and the Season of the Dragon content plan.

Dragons have returned to Tamriel! The great dragon Kaalgrontiid and others stalk from the skies and threaten to burn down the ancestral home of the Khajiit.

Elsweyr is packed-full of new stories, adventures, and challenges, including:

The new Elsweyr zone adds yet another massive landmass to the ESO world for fans to explore. The home of the Khajiit is laden with moon sugar farms, fertile grasslands, scorching deserts, and palatial cities as well as a host of new monsters and enemies. Elder Scrolls veterans may recall exploring the province of Elsweyr in The Elder Scrolls: Arena as well as its outer edges in The Elder Scrolls Online’s regions of Reaper’s March and Khenarthi’s Roost.

Also coming in ESO: Elsweyr, the game’s first new class since 2017’s Morrowind Chapter – the highly anticipated Necromancer. With this dark, mysterious Class, players will command the dead and cast powerful elemental spells to overcome foes and bolster defenses. With the Necromancer, death itself is a weapon.

SEASON OF THE DRAGON

NEW CONTENT IS FOR BOTH FIRST-TIME AND VETERAN PLAYERS

As always, The Elder Scrolls Online’s unique Chapter structure and level-scaling mean that new content is easily – and instantly – accessible for both new and veteran players. Both level one and max-level fans will find challenges in Elsweyr that they can play side-by-side, exploring and conquering the new zone and stories together.

PRE-PURCHASE BONUSES AND COLLECTOR’S EDITIONS
Players can grab a ton of exciting rewards as a result of purchasing, pre-ordering, and pre-purchasing the game. Existing players who pre-purchase the game will earn immediate access to an exclusive mount.

Are you a new player and can’t wait to get started on your adventures in Tamriel? Customers who pre-purchase the digital full game edition will get access to the ESO base game, plus the last two Chapters, Summerset and Morrowind, immediately.

For all of the details on pre-order and pre-purchase, as well as information on the Standard Edition, Upgrade Editions, and Digital Collector’s Edition, please see the article online: https://www.elderscrollsonline.com/en-us/news/post/55539