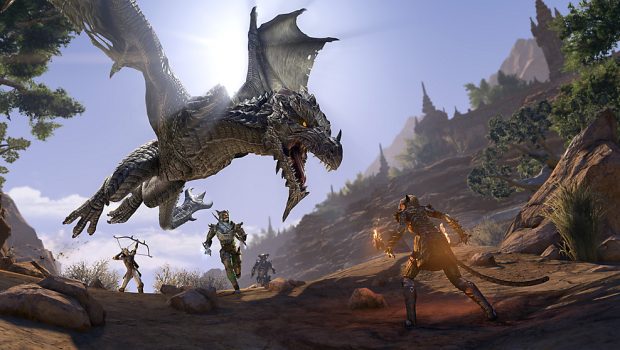 Summary: The Elder Scrolls Online: Elsweyr and its Khajiit-centric content is a solid new expansion for both new and veteran ESO players.

Say one thing for Bethesda, say they (mostly) deliver on the post-launch DLC.

Despite a rocky launch period, The Elder Scrolls Online has consistently received high-quality expansion packs and content updates over the past four years and has become one of the best MMOs on console. ESO: Elsweyr and its wealth of new content continues that redemption arc.

The latest chapter offers another fascinating fantasy landscape to get lost in, similar to previous expansions Morrowind and Summerset. As far as exotic settings go, the Khajiit homeland of Elsweyr is about as weird and wonderful as you’d imagine, populated by multiple breeds of the cat-like “beast-men”; there’s the bipedal Cathay and Cathay-raht of previous games, the battlecat Senche-raht and even talking house-cats largely similar to our real-world counterparts. A variety of entertaining side-quests address this amusing reality, and finally being able to explore such an alien country as teased in previous games has mostly met my expectations. 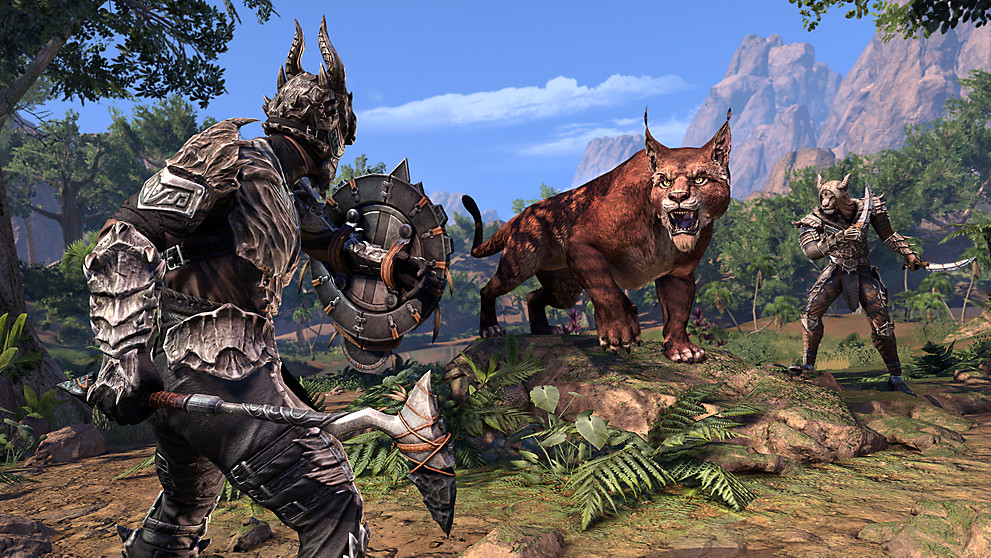 The main quest is focused on displacing Euraxia Tharn, the mad half-sister of Abnur Tharn from the base ESO campaign from throne of Rimmen. In alliance with her brother and the leader of the Khajiit, it’s up to you to help liberate the city from the Usurper Queen while dealing with the fiery backdrop of dragons ravaging the countryside. It’s typical epic fantasy held up by generally solid writing, especially for those obsessed with new Elder Scrolls lore, and Elsweyr does a good job of getting new and lapsed players up-to-speed with tutorials. The dragons, however, feel less threatening and present outside of the slightly rushed main story than I had hoped.

The side content and new areas is where the new package shines brightest. Northern Elsweyr and the capital city of Rimmen is a fantastic hub to explore with some visually breathtaking architecture and landmarks that gives new life to the Khajiit’s identity, given we mostly encounter them as nomads or shunned refugees in mainline Elder Scrolls. The surrounding Scar desert and the dense jungles and mythical ruins dotting the south have plenty of secrets to discover, and trials and delves to get lost in, especially if you’re in squad. Sunspire Trial pits 12 players against multiple dragons in the ancient ruins of Elsweyr, while public dungeon Orcrest offers a self-contained story and some challenging named bosses for a Skyshard and new materials. 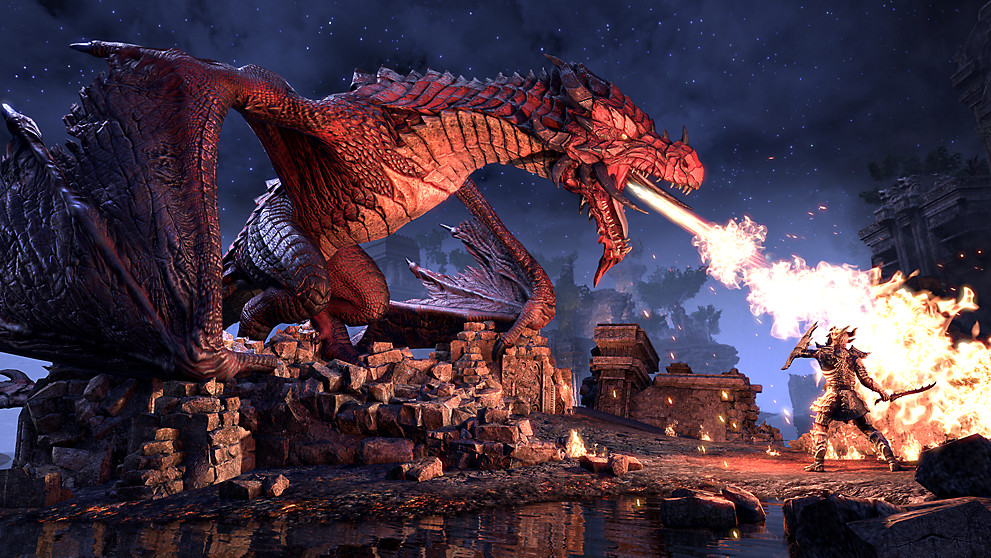 I had the most fun, even mostly out of the loop, while getting lost in the side-quests. Helping Skooma-afflicted Khajiit avoid the machinations of the Daedric Prince of Madness, aiding a thick-headed Nord in his mission to improve relations with the Khajiit, and recruiting a band of thieves for a heist are just some of the standout narratives on offer in Elsweyr, elevated by fantastic voice-acting and quest design that easily rivals contemporary main Elder Scrolls titles.

ESO: Elsweyr introduces a new class, the Necromancer, which will appeal to players with an affinity for casting defensive spells (usually encasing yourself with bone, flesh and other nasties) and those looking for some macabre new elemental spells to manipulate the dead to your advantage. The three new skill-lines – Bone Tyrant, Grave Lord and Living Death – offer a versatile number of offensive, defensive and healing abilities for players to get stuck-into. While I’ve never been a fan of magical combat in ES and still find the melee combat in ESO weightless, the presentation of the Necromancer’s destructive capabilities was far more entertaining to experiment with than I thought – particularly using the Bone Goliath skill to turn into exactly the monstrosity the name promises – and will prove refreshing for veteran players. 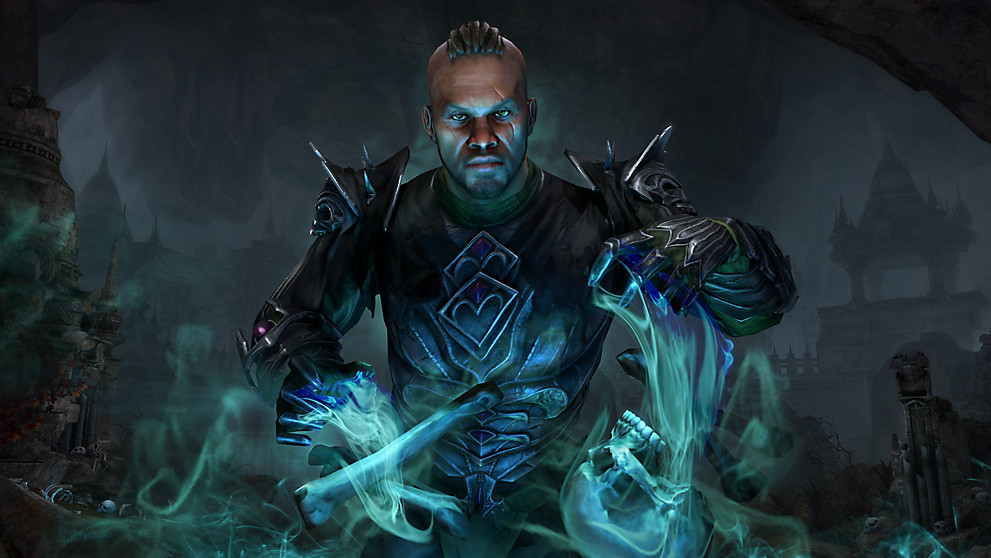 The Elder Scrolls Online: Elsweyr does a great job of offering a compelling new culture, quest-lines and high-quality content for new and lapsed players to get back into the game with minimal confusion, particularly thanks to solid tutorials and a well-written narrative. The game’s strengths will, of course, mostly appeal to long-time players, and while the dragon aspect of the expansion is a little on the conservative side in terms of execution, anything involving the Khajiit hits all the right notes. If you’re searching for a great MMO to play on console or want to get lost in the extensive and fantastical lore of Elder Scrolls, ESO: Elsweyr makes a compelling new case.