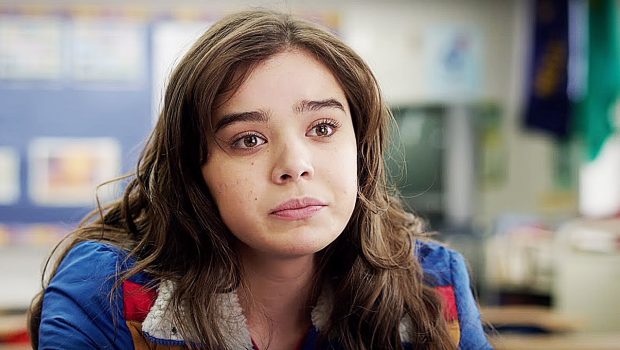 The Edge of Seventeen – Film Review

High school student Nadine tells her teacher that she is going to kill herself. Life has grown too much for her and in reverse this film explores why. This premise for The Edge of Seventeen is a counterpoint to the corners in Hollywood that believe high school films must be stupid to be funny and to please the demographics they’re depicting. Thankfully, writer/director Kelly Fremon Craig and producer James L. Brooks have resisted such cynicism, showing that films of this subgenre can be incredibly funny and relatable without undermining the audience’s intelligence. For her work, Craig has cited the comedies of John Hughes, who was also the source for Easy A, another strong modern high school film. While Edge shares the blood of Easy A and Mean Girls, the weight of this film’s drama and the nuance of the characters will surprise people.

Combining comedy and drama has become a fashionable goal for small, low-key filmmakers. Alexander Payne is the master of this form and Craig also credits him as one of her inspirations. Edge itself navigates seamlessly between affecting moments of grief and hilariously awkward situations, which become the film’s dramatic and comic motors, respectively. Nadine was close to her dad at a young age until he died and that void isn’t filled by her brother Darian, who she hates, or her mother Mona. In the present day, Nadine is horrified when her best friend sleeps with her brother and they become a couple—that’s funny and awkward.

The film shows how grief propels people to seek longstanding attachments and the bitterness when isolation sets in. The film is darkly funny about this subject because of Craig’s solid script and most of all, Hailee Steinfeld’s go-for-broke, self-deprecating performance as Nadine. This is the twenty-year-old actress’ best work since her impressionable debut in True Grit (2010). She enables Nadine to be sarcastic, worried and self-absorbed. Her character’s impoliteness, through some filthy dialogue, gives edge to the comedy. Nadine is a flawed, imperfect character because her age and impulsiveness sees her mishandle situations, which marries humour and conflict together in scenes. She tries giving her friend an ultimatum between herself and her brother, and in another cringing sequence, she accidentally releases a crass text message. Using social media for comedy only adds to the film’s modern textures. 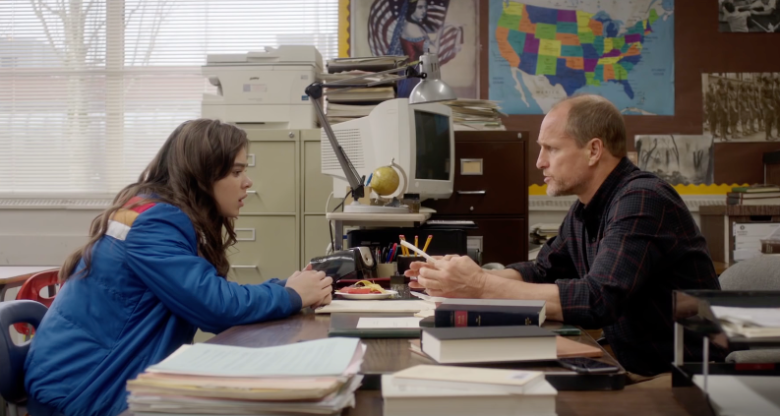 Another attraction of the script is the weight of the side characters. Woody Harrelson is Nadine’s teacher Mr. Bruner and he reminds us that he can be funny even before he speaks. We wait in anticipation for his dry delivery and he lands all the punchlines. His character’s impartialness to Nadine is merely a thin veil for compassionate he really is. Similarly, Nadine’s friendship with a quirky Asian student Erwin (Hayden Szeto, showing great comic timing) avoids clichés and an obvious trajectory by drawing on a comic awkwardness between them that seems very believable. This character’s wealthy upbringing doesn’t divorce him from being shy and uncomfortable either. Meanwhile, Kyra Sedgwick casts a memorable stamp on Mona by being as hysterical and insecure as a teenager and Blake Jenner shows Darian is redeemable in a part that could have easily become a one-dimensional caricature. 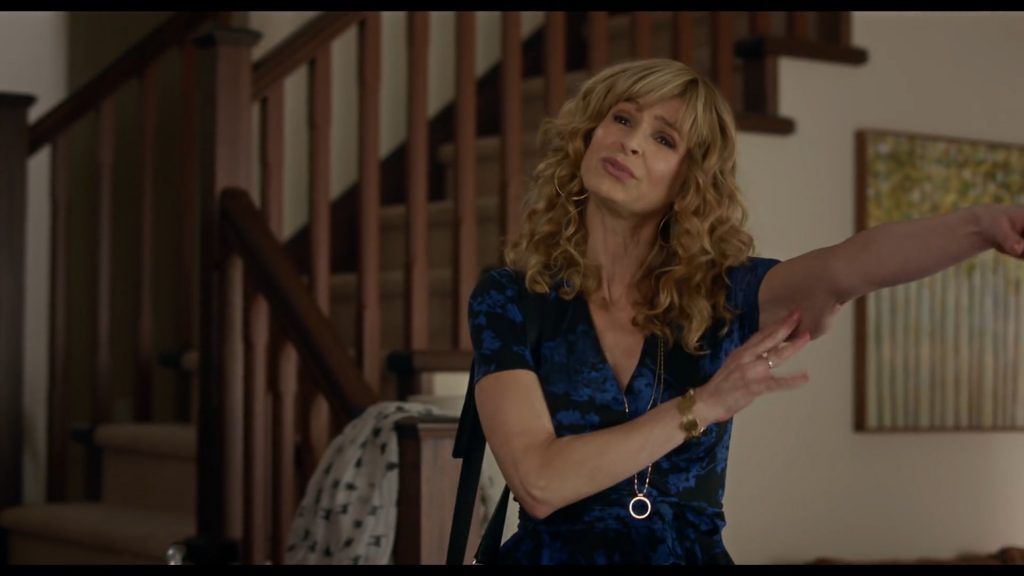 What Craig builds through her pattern of flawed characters is a through-line of empathy. She wants young people to realise that although they have problems, so does everybody. Empathy draws people closer together in realising the fears in each other. This is touched upon with humour but also urgency in the film’s final act, which grows darker and more complex in its family relationship, edging the film from a hilarious high school comedy and closer to the tone of an indie drama. However, it ends on a cheerful note, free of sentimentality, which is true to the film’s careful mixture of big laughs and meaningful drama.

Summary: It ends on a cheerful note, free of sentimentality, which is true to the film’s careful mixture of big laughs and meaningful drama.